our first full day in cambria was a cool and cloudy one - definitely not unwelcome, as we'd driven up from 100-degree heat.  we'd checked the weather forecast and packed accordingly, so we were excited to rock some long-sleeve tops and jeans for a few days.

since it was still a weekday, the hub had work to do.  thanks to the beauty of laptops and wireless internet, he's basically got a mobile office and can get 'er done from damn near anywhere these days.  except for the fact that our free wifi in the hotel was kinda shitty.  and so while he headed off to a coffee shop in town, the bean and i decided to take a stroll and check out what there was to see (the teen wasn't having it and stayed behind to sleep in and get ready whenever she damn well felt like it).

it wasn't hard to pick a shop to browse in first. 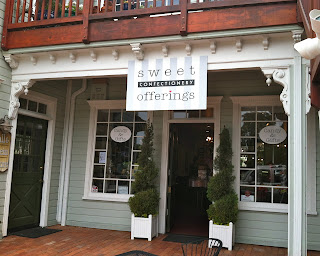 because i knew we had a good chunk of time to kill, i was really hoping this would help keep the bean occupied for a while.  alas, while it was a super cute store, it wasn't very big.  although this doesn't mean we didn't have fun looking around. 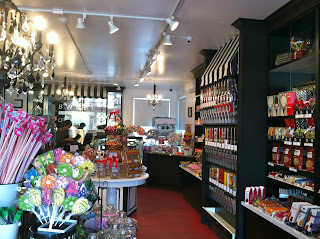 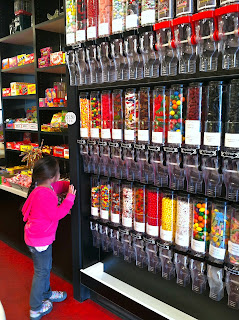 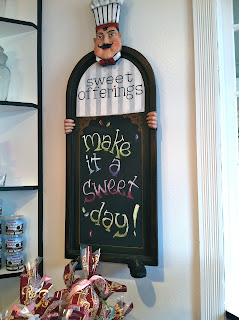 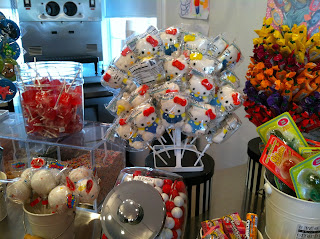 there was a display of every flavor of malt ball known to man.  i figured maybe the owner had a thing for 'em. 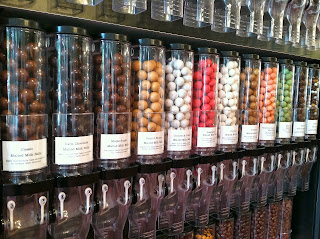 our next stop was here: 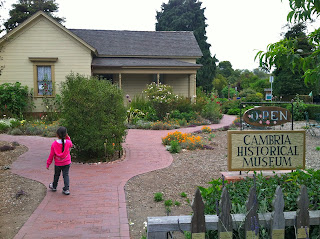 inside, we were greeted warmly by a volunteer who invited us to come in and look around.  i made it a point to tell the bean not to touch anything, and the lady immediately said "oh no, she's welcome to look and touch things if she wants."  so, cool. 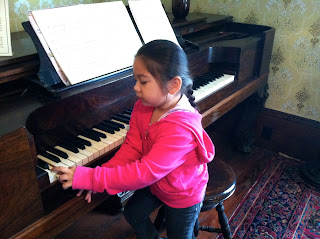 except that as soon as she played a few notes (very gently - i swear she wasn't banging on the keys or anything obnoxious like that), another lady emerged from a nearby room and pretty much chewed us all out for daring to touch the precious piano.  i whipped my head around and glared at the other lady, who smiled nervously and apologized for the mixup.  eff that noise.  we dropped a couple of bucks into the donation box and hightailed it outta there.  hmph.

to soothe her hurt feeling box ("mommy, why did that lady tell me to stop playing the piano?"), i steered the bean towards this shop - she dug the rainbow - and told her she could pick anything she wanted out of the bakery case.  i think it helped.  heh. 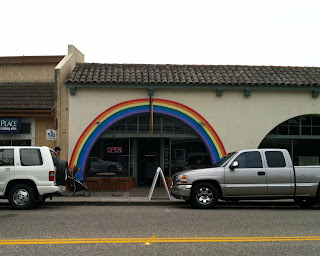 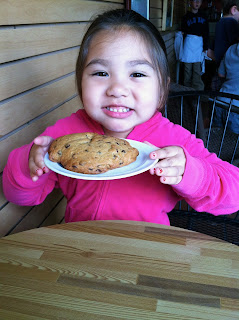 as we munched on our snack (come on - i wasn't going to let her eat a cookie the size of her freaking head all by herself), the ILs and the teen caught up with us at last.  we walked up and down the street a bit, checking out the few shops that caught our eye, and ended up here: 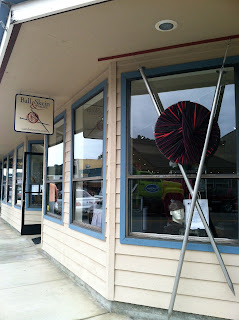 yes, that is a knitting store.  knitting is one of those things i've always wanted to try, but haven't had the time (or patience).  and by coincidence, i'd just opened an e-mail offering me a series of ten 1-hour knitting lessons at a shop close to home for $49.  i was actually considering it, until the nice lady behind the register said "if you've got about 15 minutes, i'd be happy to teach you how to knit!"

and not just me, but MIL, the teen, and the bean got in on the action too. 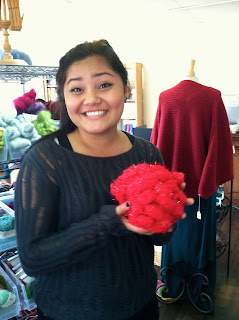 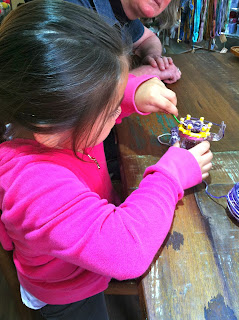 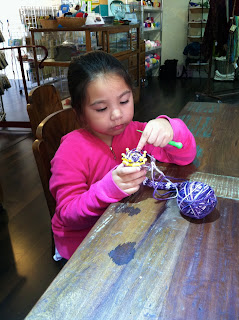 a couple of minutes later, we'd learned to "cast on." 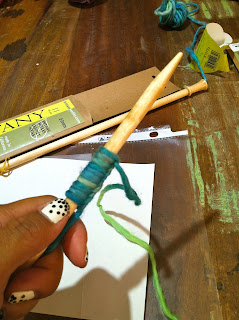 and not long after that, i'd actually knitted a little square and learned how to "cast off." 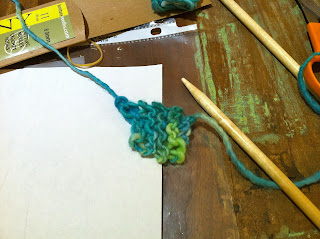 we were invited to peruse the rest of the shop and pet all the yarn.  ha.  that sounds kinda dirty.  but we did it.  and it was really fun. 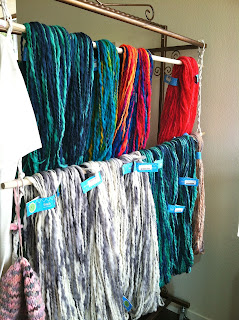 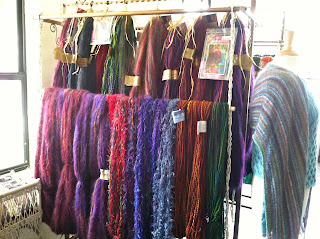 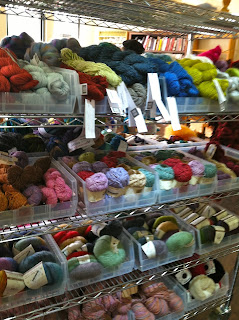 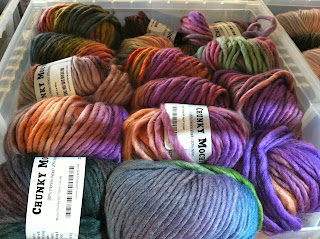 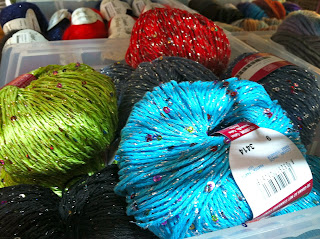 after we made our selections, we got to pick needles. 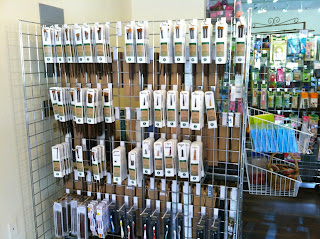 here's what i ended up with: 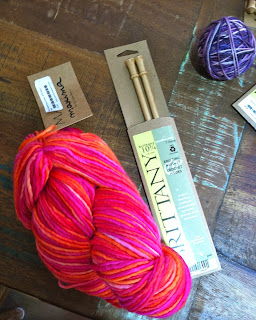 later that afternoon, i'd completed the first step - opening up that skein and winding the yarn into a nice ball, to keep it from getting all tangled up as i worked with it. 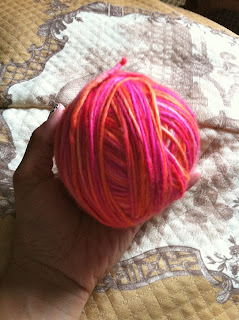 i'm not very good at this.  i swear, i'm all thumbs.  the bean is doing a better job of this than i am. 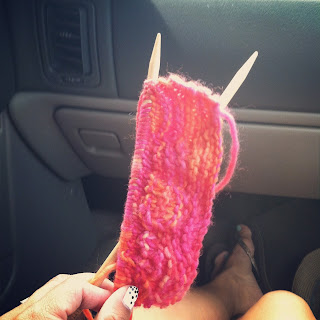