santa! i know him!

so anyway, with a long period of consecutive blockout dates for our disneyland annual passes looming near, the teen and i decided to brave the crowds on a sunday afternoon with the bean.  it just so happened that i knew that lilcee and her family were heading to anaheim that day too, which i decided to keep a surprise from the bean.  i knew she would love running into her BFF at her most favorite place in all the  land.

but when we arrived at the parking structure, we found that the entrance was blocked off and ended up having to park a country mile away, at the anaheim convention center.  we'd never had to park that far away before, and grumbled as we joined the line of folks waiting to board the bus that would take us to the main entrance plaza. 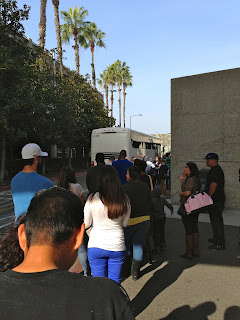 the bean thought this was pretty fantastic, though.  "mommy, we get to ride on a bus?" she said excitedly.  ah, the little things. 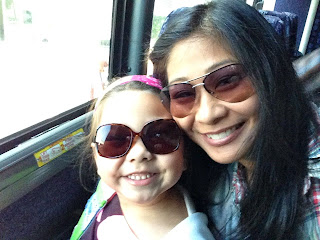 when given the choice, she always opts for california adventure vs. disneyland.  i'd checked in with lilcee and found that they were getting ready to sit down for some lunch, so to kill some time i steered the bean towards this: 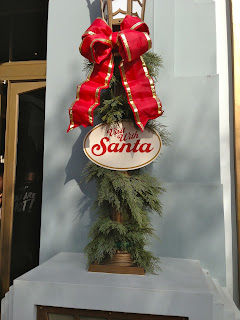 the line wasn't very long, and it was really cute to watch her talk to the big guy.  she was shy at first, not wanting to go up there by herself, but she warmed up quickly.  pretty soon, she was giving santa the lowdown on what she wanted him to bring her for christmas. 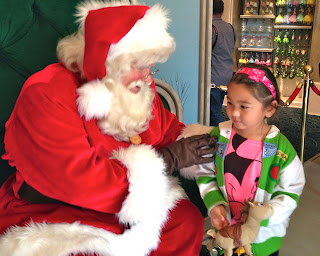 he was a super santa - jolly, friendly, smiley - just as one would expect santa to be.  the teen and i loved him as much as the bean did. 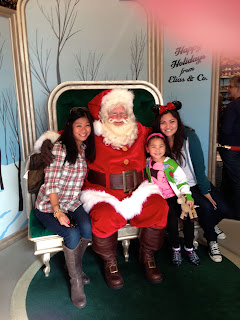 i'm pretty sure that's santa's elf's thumb in the corner of that picture.  d-oh!  anyway, the bean asked santa very politely to bring her some pixie dust, and he chortled as he said "santa loves you very much, be good for your mommy and daddy, okay?"  she beamed and waved goodbye as she accepted a candy cane from santa's helper.  so cute.

from there, we headed to her new favorite ride at cars land. 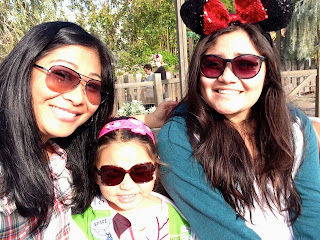 when i next heard from lilcee, they were all done having lunch and were ready to meet up.  we decided to meet near the statue of walt and mickey over at disneyland, and when we got inside the park we realized that people were lining up along main street for the christmas parade.  as we approached the statue, the bean finally caught a glimpse of her friend mini cee and they squealed and hugged their hellos.  i love when they do that.  and then they settled in for the parade and waved at santa as he rode by in the very last float. 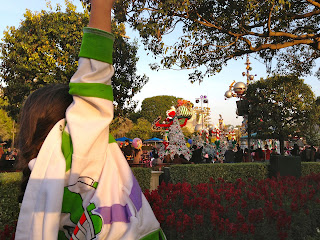 i'd seen on twitter that my very favorite OC housewife was at disneyland that day with her daughter.  when she posted this picture, i knew exactly where they were.  not that i'm a stalker or anything. 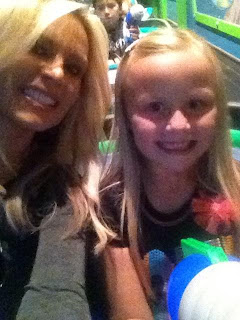 although i may have tweeted about it and was a tiny bit giddy when she actually tweeted me back:

and because it's always a relatively short and fast line - and not because i expected to run into her, i swear - we headed over to that same ride - buzz lightyear's astro blasters.  i was pleasantly surprised when the bean informed me that mini cee was willing to part from her folks and ride with us. 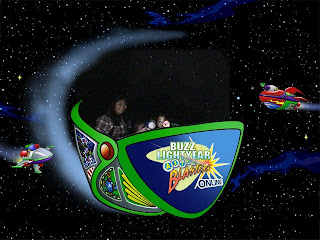 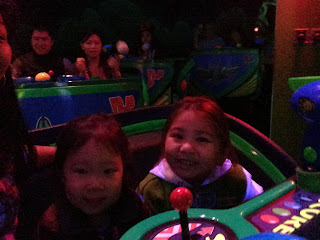 of course, they were right behind us, followed by the teen. 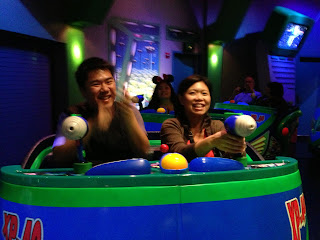 in the store at the exit (because of course, disney stations perfectly-themed merchandise at the end of every ride), the bean instructed me to take a picture of things she wanted to show pixie the elfette.  you know, so she could go up to the north pole to tell santa. 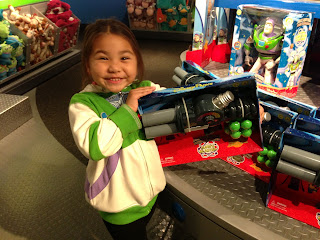 we managed to distract her with the pressed penny machine. 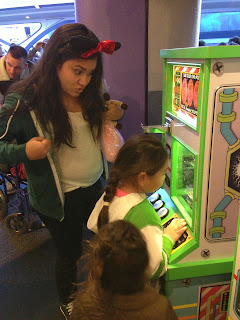 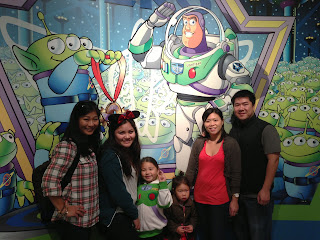 the teen carried her "sack o'potatoes"-style as we headed back outside in search of turkey legs. 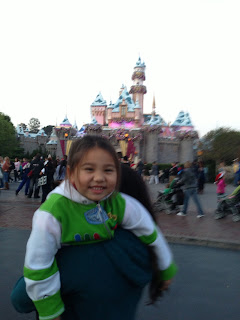 and while i stood in line for the grub, she and mini cee hammed up in front of the castle. 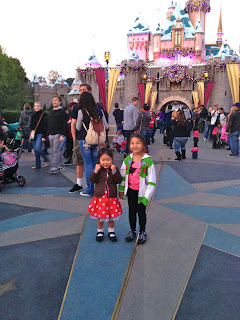 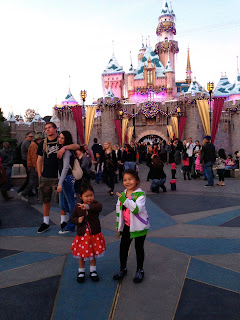 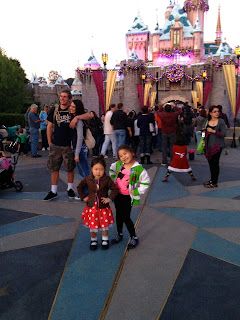