so even though thanksgiving was damn near two weeks ago by now, i'm going to recap our dinner anyway.  it turned out so freaking good that i feel like i need to memorialize it somehow, and this way i'll never forget what recipes i used.  smart, right?  heh.

because i knew we were going to squeeze in a bunch of activities during thanksgiving week, i decided to look for recipes that allowed me to do a lot of the prep work ahead of time.  and because she never fails me, i turned to my friend martha stewart - who, as luck would have it, has a whole section called "make-ahead thanksgiving" on her website.  hell yeah!

the dinner rolls were first on the agenda.  i knew i could mix up the dough, do the first rise, shape the rolls, and freeze.  that way, all i had to do on the day of was pull the pan out to thaw, adding a couple of extra hours to allow for the second rise.  it'd been a really long time since i'd baked anything using yeast, so it was kind of fun to revisit the breadmaking thing.  and because we were only expecting 10 people for dinner, i cut the recipe in half.  the dough came together quickly, and i set it aside for about an hour and a half to rise. 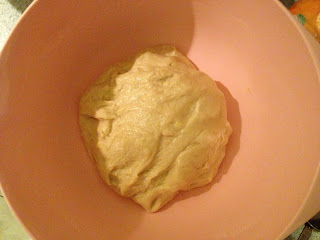 i was a little nervous about it because the yeast didn't look quite right when i mixed it in, but i forged ahead anyway.  so i was pretty relieved when it worked its magic after all: 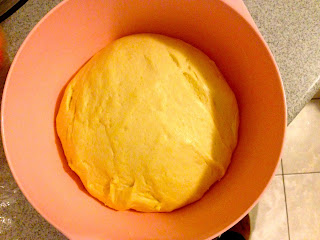 next up was the fresh cranberry sauce.  this was super easy - practically made itself. 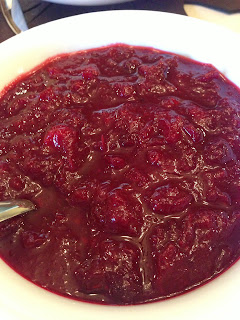 as for stuffing, well, i'm not really a fan of it.  like, at all.  but it's a thanksgiving dinner staple, so after the teen requested something without sausage in it, i went with martha's simple stuffing recipe.  it definitely lived up to its name. 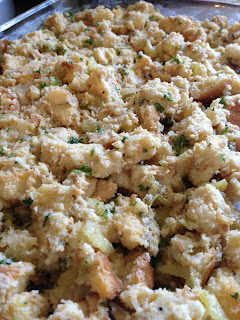 until now.  this recipe, as simple as it is, has converted me.  i think i ate more of this stuff than anyone else at the table (and afterwards). 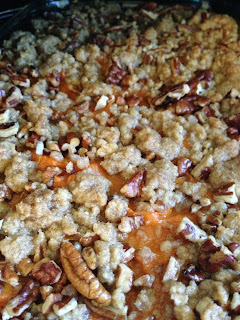 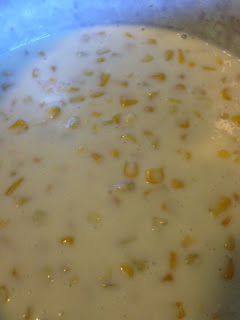 as for the main event, we ordered a fresh, all-natural turkey from the local butcher's shop. 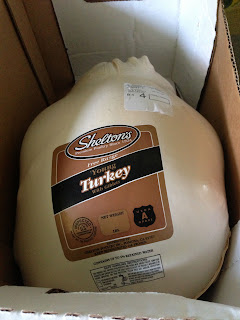 he got to spend a full day in a brine i made using pioneer woman's recipe. 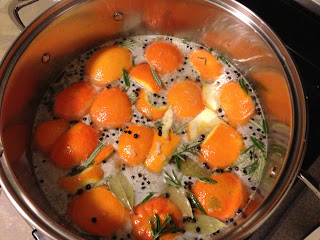 when i was ready to put him in the oven, i pulled him out of his aromatic bath, rinsed him off, and patted him dry.  then i took a pound of bacon that i'd ground in the food processor, mixed it with some rosemary and sage, and spread the mixture underneath the skin.  lastly, he got injected all over with a warm beer & butter concoction that kept squirting out every time i plunged the needle in a new spot (note: if you do this, make sure you use unsalted butter).  i baked him for two and a half hours, and then started basting with melted butter every half hour till he was cooked through. 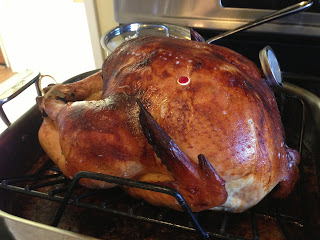 those dinner rolls baked up nicely. 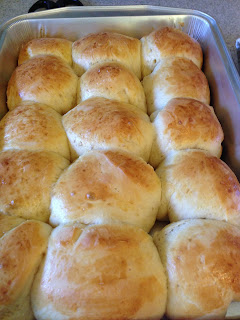 i was pretty proud of myself when i sat down with a plate full of a little of everything, including grandma's mashed potatoes and green bean casserole. 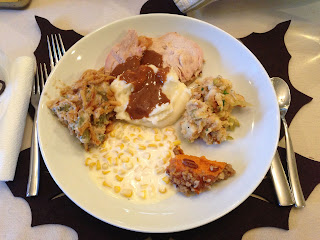 i gotta say, the whole meal was pretty stinking phenomenal.  even the things i don't usually like were delicious, and i was really proud of how it all turned out.  it's always a little stressful taking on a meal for a bunch of people, let alone a big deal like thanksgiving dinner.  when it was all over, i got a shot with the bean: 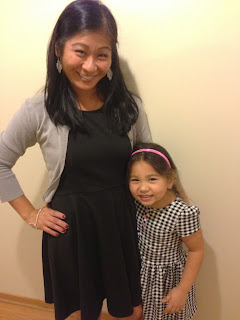 Email ThisBlogThis!Share to TwitterShare to FacebookShare to Pinterest
Labels: adventures in cooking, thanksgiving