faced with an unexpected day off, lilcee invited us to join her and mini cee at disneyland for a midweek afternoon of fun.

you don't have to ask us twice.  heh.

as we entered california adventure, i saw a sign for an easter egg hunt i'd read about on twitter.  i thought it would be fun for the girls to have a little extra added activity (as if disneyland isn't enough on its own, right?), so i went into the shop to pick up the map and stickers for each of them. 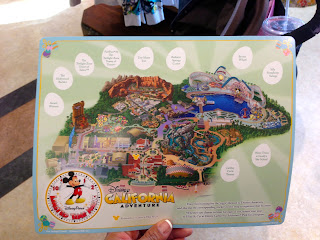 with easter right around the corner and lots of kids off for spring break this week and next, if you're planning to head down to anaheim to do this, i guess i'd better warn you to close this window so you don't see where all of the eggs are hidden.

the first sticker was peeled off pretty quickly, with our first egg just on the other side of the fountain - high atop carthay circle restaurant. 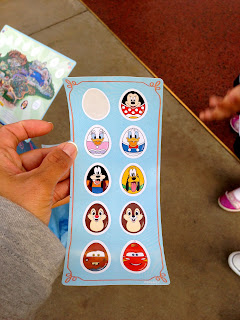 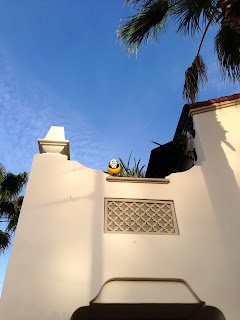 not too far away, we located the pluto-themed egg at the hot dog stand.  appropriate, yes? 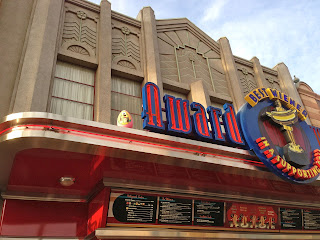 a few steps away yielded the smiling face of minnie in egg form. 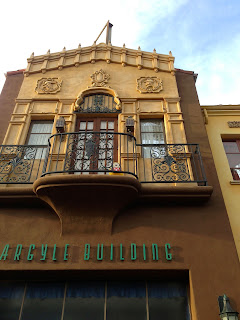 the bean's favorite ride - monsters, inc. - is just around the corner from here.  it was kind of funny that both she and mini cee were so into finding the eggs that we had to talk them into getting in line.  and as soon as we were done, the search continued.  we found both chip and dale, hiding at the tower of terror. 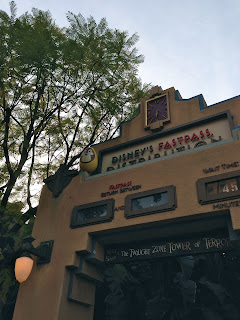 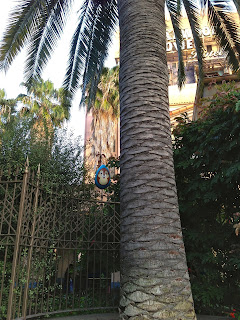 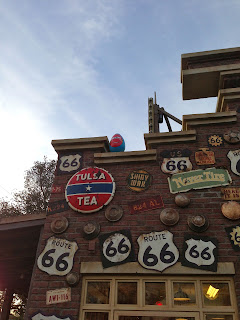 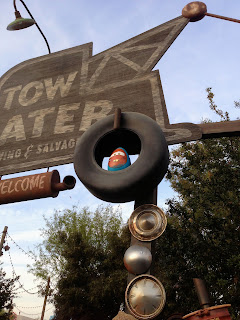 then it was a long walk before we spotted goofy's egg here: 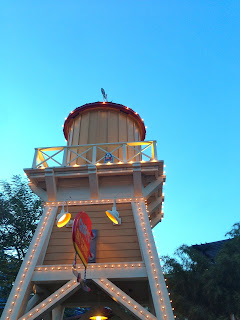 after we located donald duck at the currently-closed silly symphony swings, we decided to stop and grab some dinner for the girls. 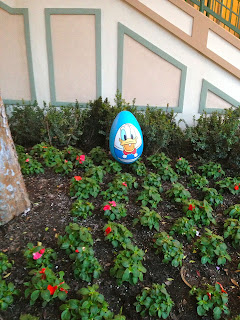 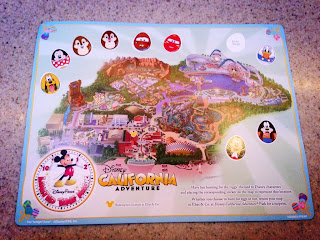 the bean was happy to dig into her macaroni & cheese after all that walking. 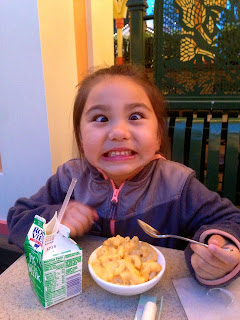 because the sun had set by the time we resumed the hunt for the final egg, we had to break down and ask for some assistance from a cast member.  while they didn't tell us exactly where it was, they gave us enough clues that we were finally able to find it - even in the dark. 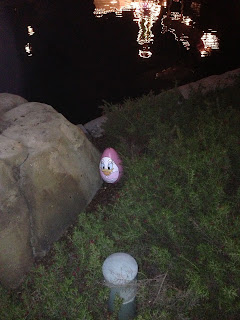 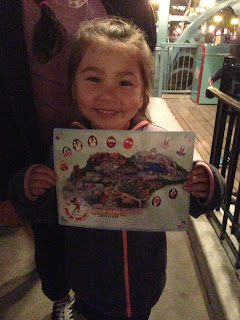 back in the shop where we'd bought the maps, the girls headed to the redemption table to collect their hard-earned prize. 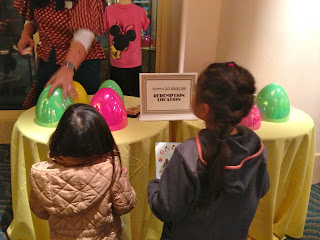 given the choice between a simba-themed keychain and a tinkerbell one, i was surprised to see the bean opt for the former. 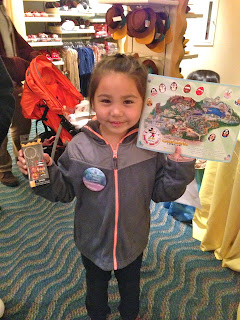 while lilcee shopped for a couple of things, the girls took a seat and mugged for my camera. 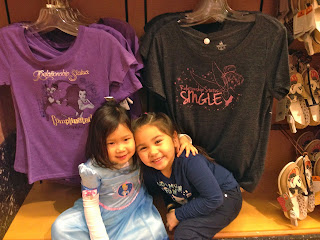 hmmm.  looking at those tees in the background, i probably should've looked for a different backdrop.  oh well.
at March 25, 2013