i swear, i don't know how i managed to do any meal planning before pinterest.  i finally got around to reorganizing my "stuff i wanna eat" board into two different categories - sweet and savory.  this has made it infinitely easier to find the dinner-type recipes i'd pinned ages ago amongst the bazillion sugary treats i have saved.

one night, it was chicken parmesan meatballs: 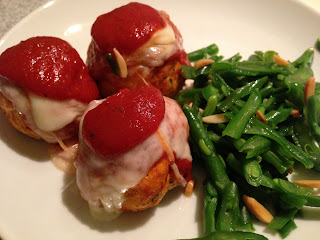 yup, the meatballs look kind of like boobs.  when i posted it as such on facebook, i got some silly comments because there are three on that plate...so i just said it was the "total recall" version of boobage.  anyway, it was a big hit, and with the use of ground chicken, it was a fun twist on the usual chicken parm recipe.

i think i've posted about this one before, but it deserves a repeat:  bubble up pizza. 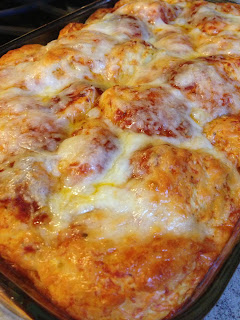 although not all of our dinners come from pinterest.  sometimes i get inspired in other ways, turn to my friend google, and find recipes that work.  like spaghetti carbonara, via martha stewart: 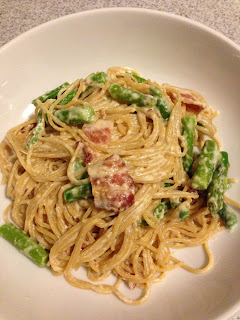 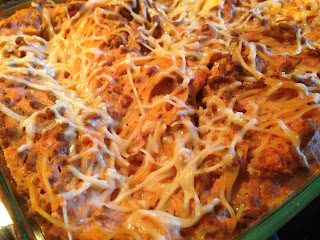 and then there are those times when i want something and figure out how to accomplish it at home.  case in point:  ikea's swedish meatballs.  the hub responded with a no-way-in-hell "negative" when i suggested it, mainly due to the reports of horsemeat found in those tasty tidbits.  ick, right?  but i had a bag of costco meatballs in the freezer and all of the ingredients needed for the sauce recipe i found on the food network's website.  so in no time, my craving was fulfilled: 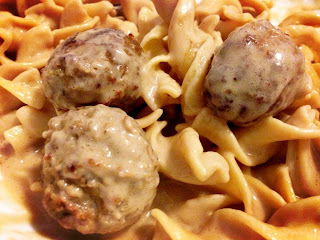 crock pot recipes are my favorite.  bust out the plastic slow cooker liners, toss in random ingredients, turn the thing on, and leave it for eight hours.  on wednesdays and thursdays, when the bean has dance and gymnastics classes later in the afternoon, these recipes are key.  and tonight, i'm trying out something that should make everyone happy - a cheesy chicken tater tot casserole.  i sure hope it's delicious.