okay, i gotta say - i haven't been this emotionally invested in a season of "the bachelor" since that whole stupid jason/melissa/molly debacle.  and i still think that guy is a total douchebag, but all reports seem to indicate that everyone is happy with their lives now, so i guess it's time to let go.

and if you haven't watched it yet, what the hell are you waiting for?  it was the most dramatic finale of the bachelor yet!  okay, maybe not, but it was a pretty good one.  stop reading this, fire up that DVR and come back when you're done.

because this season!  first, they finally give us a bachelor who's actually likable - unlike boring ben, belligerent brad and jerky jake, we got super hot, sweet, sincere sean.  emily was seriously dumb for letting this one go (especially considering what she ended up with), but at least it gave us a whole season of this: 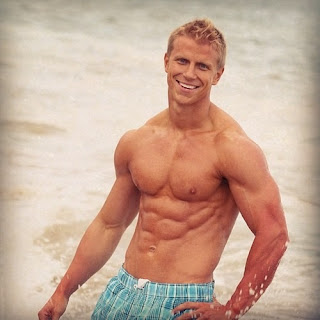 and then one of the final two was not only asian, but a filipina! love it.

so i know it sounds really dumb, but i'm really hoping that sean and catherine join the elite ranks of the happily married bachelor/ette couples.  they seem like a really nice couple, and duh - she's from the homeland!  watching him meet catherine's family during that hometown date was awesome.  i could totally decipher that fobby accent and giggle at the familiar sound of it.  and the food!  oh, now i feel like i must head into the kitchen and whip up some food of my people.  yum.

Email ThisBlogThis!Share to TwitterShare to FacebookShare to Pinterest
Labels: bachelor