i'm not irish.  like, not even a little bit.  shocking, huh?

however, that little tidbit doesn't stop me from celebrating st. patrick's day in my own little way.  no, green beer has no part in it whatsoever.  but like last year, i did put a little green food coloring in the bean's milk.  and in her scrambled eggs, along with some pureed green veggies. 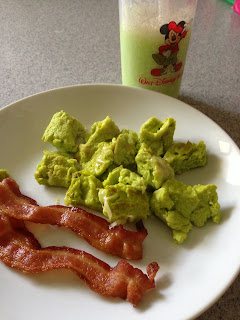 looks odd, huh?  she ate that shit up, though, and still asked for more.  heh.  i wonder if it turned her poop green.

aaaaaanyway.  for her class party, i made some fun little goody bags to hand out to her friends. 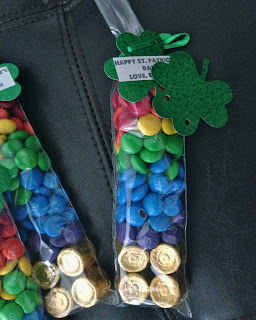 and then i followed these instructions to twist her hair up into a 3-leaf clover of sorts.  this isn't a great picture (nor did i do a stellar job, i suppose), but you can see it...right? 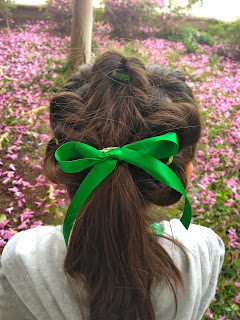 such a little ham, this kid.  and yes, i sure did manage to squeeze another use out of that little skirt i made for her last year. 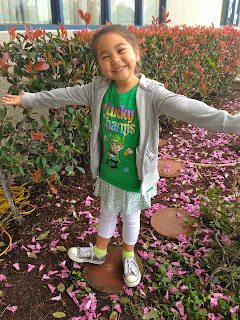 a fun craft involving green paint and little handprints kicked off the party. 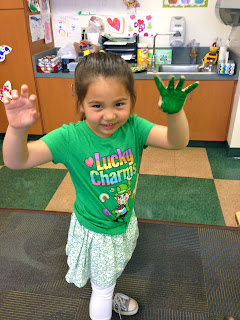 the kids got to kick back and relax for a while as their classmates each got a turn with that green paint. 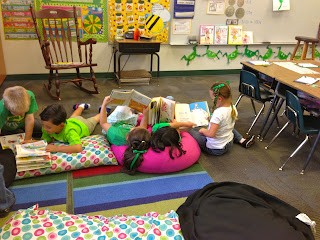 then i got to play leprechaun and run around campus hiding little clues with gold coins - some plastic, some chocolate. 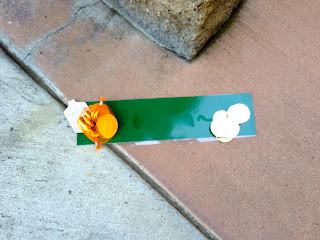 they had a blast finding treasure for each other. 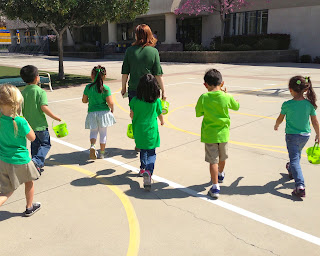 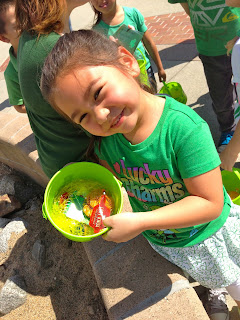 after some party snacks (which involved a "pot of gold" - yellow jello in a black cup, plus cookies and green grapes), it was time for the weekly treasure box.  for some reason, she thought this was a great prize to spend her tickets on.  oy vey. 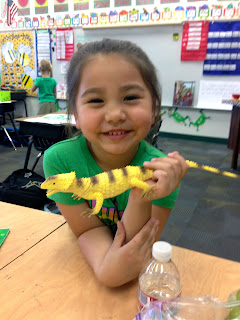 hope your st. patrick's day was as fun as ours! 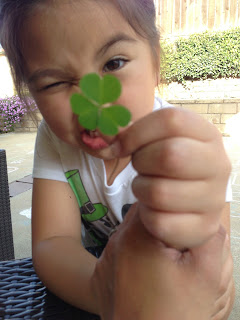