despite my best efforts, i'm pretty sure that the teen is going to start refusing to sign up for runs with me.    i suppose they seem like a good idea at the time, but when the time to get up for that 5K run rolls around, she's probably cursing me in her head (or under her breath, or on twitter, what have you).

last sunday morning found us up bright and early, heading down to buena park to do the annual coaster run through knott's berry farm.  it sounded like a really fun course - instead of last year's, which involved a lot of running through the parking lot (yawn), this one actually spent more time winding through the actual park.  this news likely upped its popularity, since it actually sold out well in advance.

after suffering through a good bit of traffic (not on the freeway, but on the streets surrounding knott's), we finally made it to the start line. 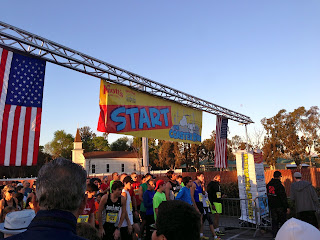 i'd been assigned to the first wave, but since the teen was placed a little further back, we trudged through the crowds until we were in the right place.  those markings on the side of my bib seem to stand for "batshit crazy," which is what i apparently am. 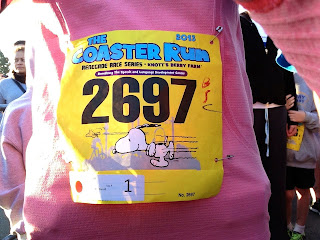 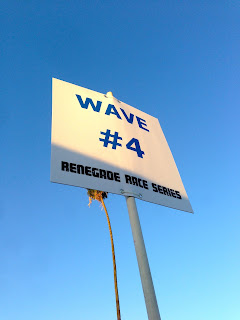 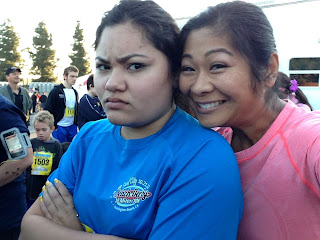 and in no time, we were off.  the first mile went really well, as we wove around and through the walls of walkers.  it'd been a long time since my last visit to knott's, so it was kind of fun to see what kind of stuff they have to offer.  the half-off coupon we'd gotten in our goody bag was tempting, too. 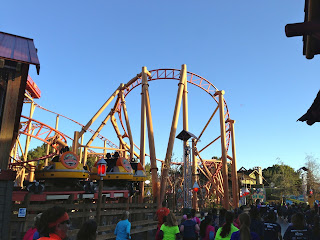 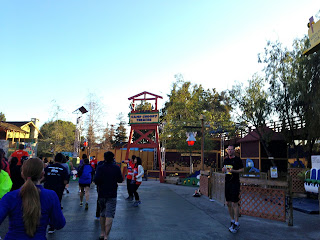 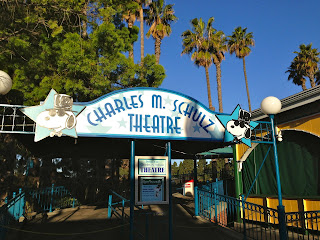 and then as we hit the first mile marker, the teen's ankles gave out and we slowed to a walk. 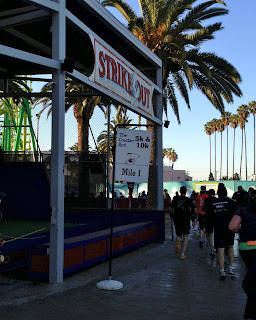 i eyed the stands with delicious-sounding food longingly as we scurried past. 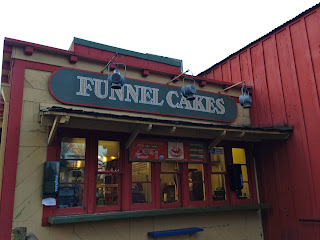 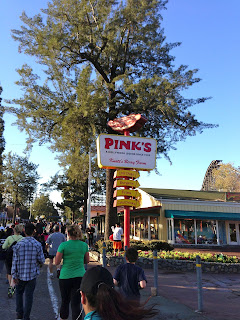 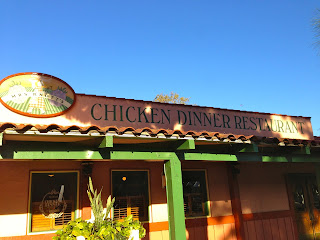 finally, we were here: 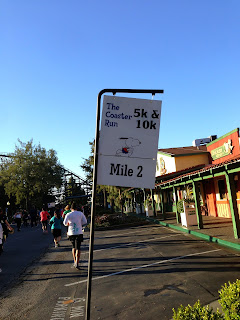 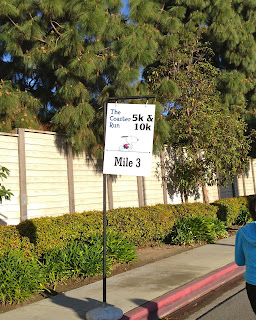 just past that last mile marker, we crossed the finish line. 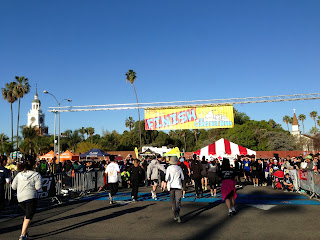 we happily accepted our medals, and the teen made a beeline for this table: 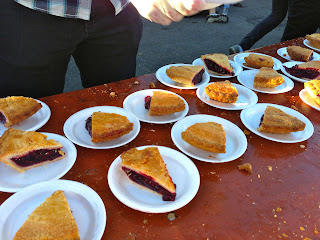 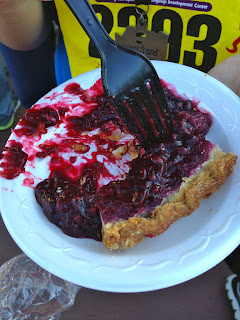 by then, the hub and the bean had arrived for the kids' run.  it had a start time two hours later than our run, so i'd asked him to bring her down.  for a while there, it was iffy as to whether she'd make it or not - between that horrible daylight savings time change and sheer exhaustion from a full week of oompa loompa-ing, she was pretty dang tired.  but she's a trooper, that one.  and after i pinned her bib on, she struck her "running" pose for me. 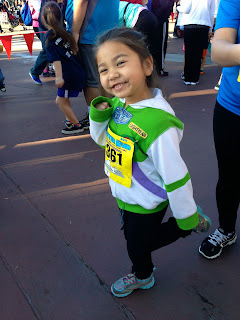 we joined the growing crowd near the start line, where we caught a glimpse of snoopy. 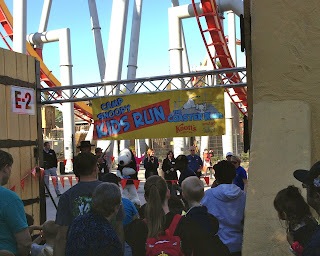 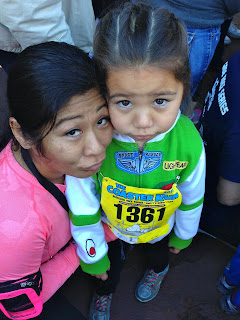 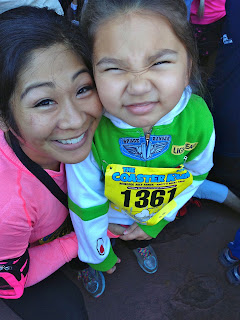 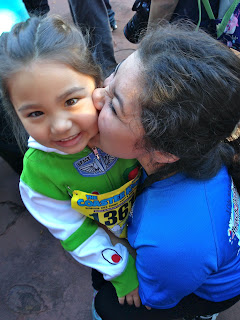 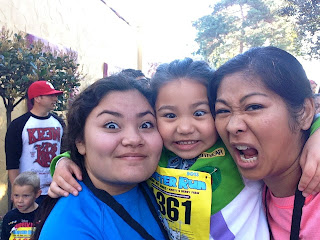 they released the kids in several waves, just like the regular race.  and when they fired the gun to start us off, the bean shocked us both as she sprouted freaking wings on her little feet and took off. 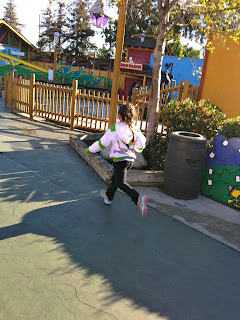 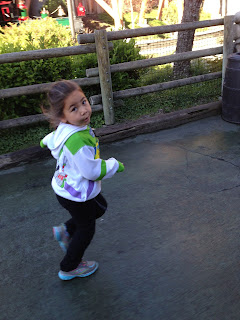 she had a 1K course, which translates to roughly 5/8 of a mile.  it was a little longer than the races she's done in the past, and that adrenaline only lasted for so long before she reached for her sister's hand to take a walk break: 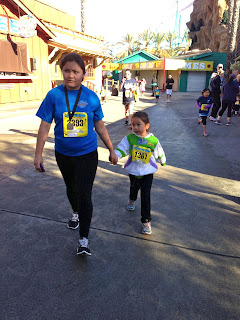 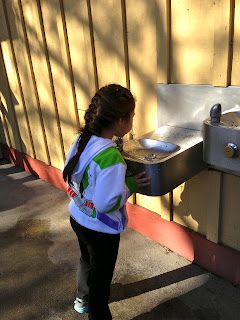 she did a fantastic job, mimicking her mother's run/walk intervals, and was stoked to receive her own medal at the end.  group shot! 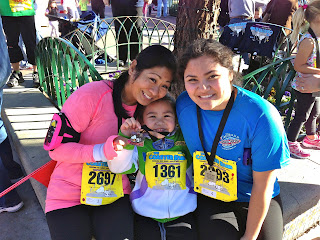 next up for the bean:  a mud run.  this is something she's been practically begging me for, and i was able to find one that offers a kids' version and a longer, grown-up option.  and even more awesome?  i somehow managed to rope the hub into doing the 5K with me.

Email ThisBlogThis!Share to TwitterShare to FacebookShare to Pinterest
Labels: knott's berry farm, running my ass off