although i was sad to see our super fun disney world weekend extravaganza come to an end, everyone else was ready to go home.  so we packed up our sexy dodge avenger, checked out of the hotel, and off we were to the airport. 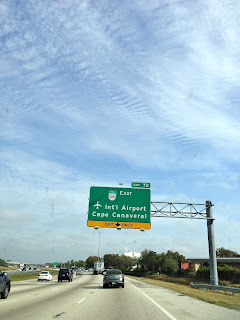 the bean was looking mighty cute in her twisted braid/side ponytail. 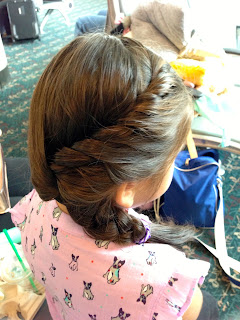 the teen had picked off the puffy parts of her henna tattoo, which still left her hand looking pretty cool. 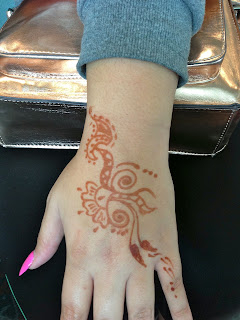 now because we had a 2-hour layover on the way home, we'd decided that checking the bags would probably make life a lot easier on us.  but coughing up the $75 to do so was a little too much to swallow after the cash we'd already hemorrhaged at disney, so we ended up lugging our shit to the gate ourselves.  and while we waited for the nice lady there to work her magic and switch our seats around so that we wouldn't be stuck in four separate rows on the plane, another nice lady spotted us maneuvering those damn bags around and offered to check them in for us...at no charge.

i love her so hard.

meanwhile, the bean was sitting next to some random dude who was trying his hardest to relax and take a nap.  while she was respectful of this and kept her wiggling to a minimum, she leaned over and in a very loud stage whisper told me and her sister "i'm going to go on a date with that guy!" and then collapsed into a fit of quiet giggles. 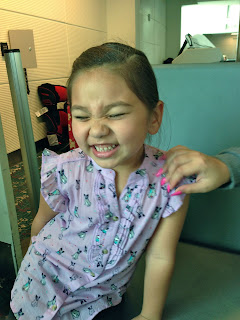 i peeked at him out of the corner of my eye and it was obvious that he'd heard every word, because he was sitting there with his head back, eyes closed and a smirk on his face.  and she kept going in that same whisper:  "on our date, we're going to go out to eat dinner at sunset!"  good lord.

thank goodness it wasn't too long before it was time to board the plane.  geez.  oh, and yup - i sure did wear my medal proudly on the plane, along with the tech shirt i'd gotten from the race.  there were lots of other women sporting the same ensemble.  i have this thing about not wearing race shirts until after it's over, like i might jinx myself or something.  weird, i know. 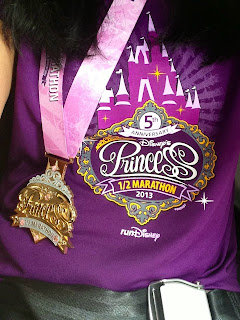 i snuck these shots while the attendants weren't looking. 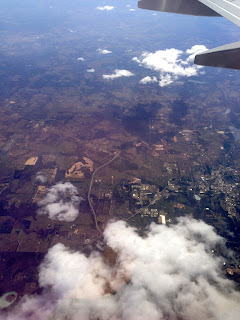 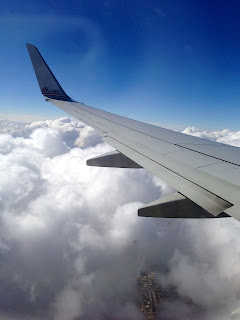 and when we landed, i checked into foursquare. 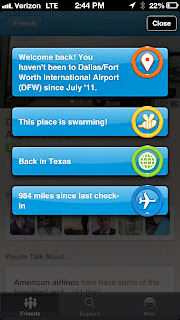 remember when i said i had one more fun surprise for the bean?  do you see where our layover was?  as we made our way out of the terminal, past security and headed towards baggage claim, that surprise was waiting at the bottom of the escalator.  and when she caught sight of what we'd been keeping from her, she lit up like a christmas tree. 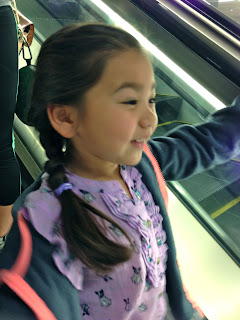 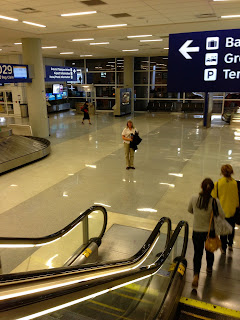 "GRAAAAANDMAAAAAAA!" she shrieked, and damn near tackled my MIL to the floor in her excitement. 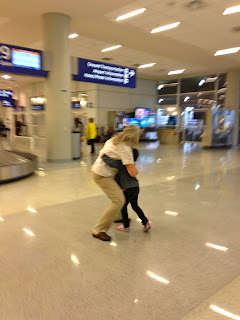 a few weeks ago, i'd taken a closer look at our flight itinerary and realized that we'd have at least a couple of hours in dallas before hopping onto another plane towards home.  so i'd asked the ILs if they might be interested in a quickie fly-by visit for at least some hugs and kisses, and luckily they were free to come and see us.  they're about a half hour away from DFW and it was a monday to boot, so i was really grateful that they were able to swing it. 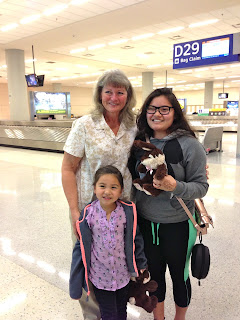 because there were zero options for dining where we were, we hopped in their car and went off in search of lunch somewhere nearby.  MIL remembered that we'd run out of time to try this the last time we visited, so this is where we ended up: 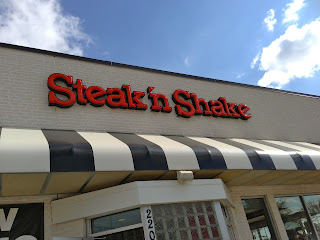 the visit went all too quickly, and before we knew it, it was time to head back to the airport.  after another fast-and-furious flurry of hugs and kisses, we bid goodbye to the ILs and hopped onto the shuttle to get to the gate. 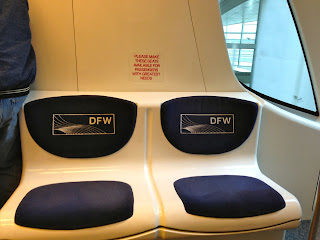 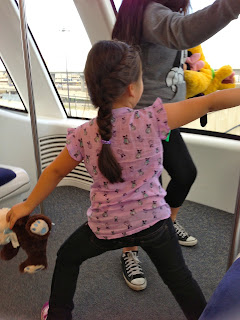 we assured the bean that grandma and grandpa would come for a visit soon (in may, for the teen's graduation), and she was satisfied enough that there were no tears.  phew.

she'd sat with the teen on the flight from orlando, so i got to hang out with her for the rest of the trip home. 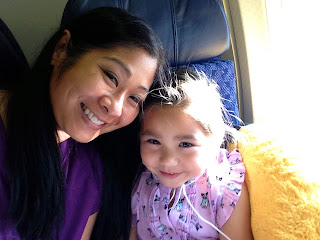 we kept busy with the schoolwork i'd gotten from her teacher, having a snack and watching movies on the iPad.  she drew another picture for the pilot, since she'd left the last one behind: 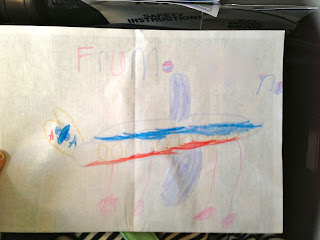 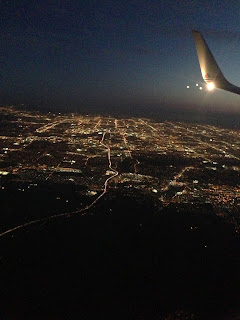 hmm.  guess i hadn't checked in when we left. 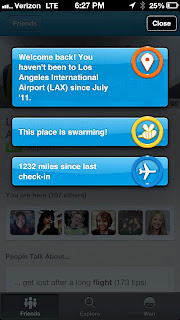 and then because we were literally sitting in the back of the bus, we were the last ones outta there.  so by the time we got to the front, the pilot was already long gone.  the bean was not happy about missing yet another chance to present him with the picture she'd worked so hard on, and pouted about it all the way to the taxi stand. 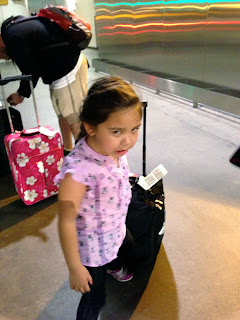