okay, so we all know i'm a sucker for a chance to meet a celebrity.  right?

so last week, when the teen and i spied this sign at the grove on our way to the american idol taping, we both filed that little tidbit of information in the back of our minds to revisit later. 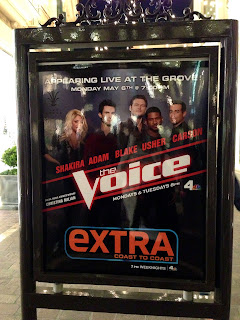 of course, monday arrived and brought the typical gloom and doom of the first day of the workweek - as well as a good-sized rainstorm.  we kind of went back and forth over whether or not to go, but you know what the ultimate decision would be, right?  right.

except that we had to wait for the bean to get out of gymnastics class, and then get her home for her nightly shower, and then we finally got out of the house and out to the west side just before 7pm.  as we pulled into the parking garage at the grove, we spied a crowd of people waiting in what looked like a super duper long ass line to enter the staging area.  crap.

and as we got closer, it just got worse and worse: 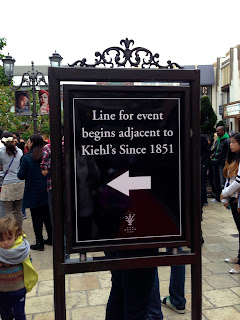 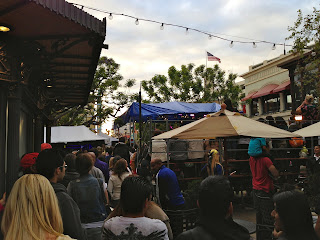 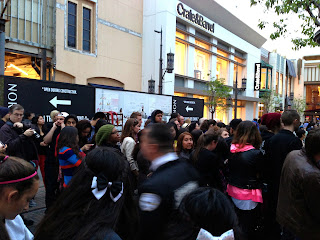 i found a spot smushed in between the wetzel's pretzels kiosk and another hawking flat irons in all colors and sizes.  my view sucked, though i could see the screen that was set up to show what was being filmed. 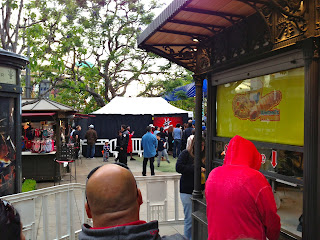 the teen and the bean horsed around and tried to kill some time as we waited. 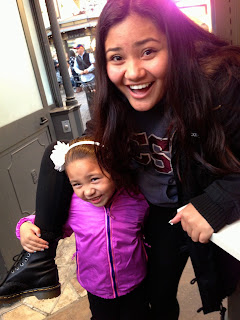 and the bean ogled the goods in the window. 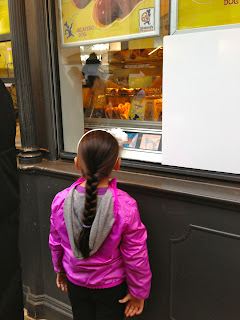 after a while, during which absolutely nothing happened aside from some crazed screaming when one of the production assistants held up this sign: 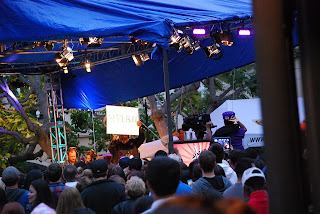 the girls got tired of waiting.  the teen's patience ran out astonishingly quickly, for someone who'd been all gung-ho over heading all the way out to l.a. on a weeknight to catch a glimpse of the four judges.  so i sent them off to walk around and kill some time while i waited and held our spot.  from nearby barnes & noble, they walked right into a book signing by "gilmore girls" actress lauren graham. 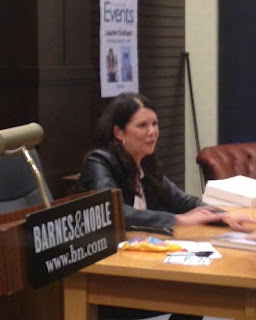 around 8pm, mario lopez finally decided to make an appearance. 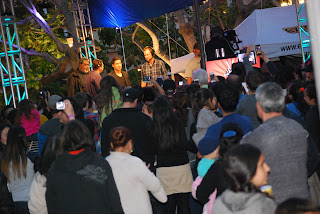 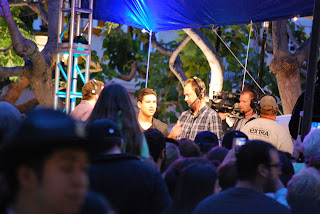 and then the crowd around me grumbled and booed at this girl, who tried to strike a supermodel pose with the stage and mario in the background.  i just snorted, murmured "doucher!" and took a picture of her...just because i could. 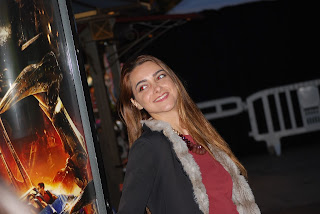 when i checked the time, it was almost 8:30 with still no sign of adam, shakira, usher, and blake coming out.  this meant it was already past the bean's normal 8:15 bedtime, and i decided enough was enough.  as i headed out of there on my way to meet back up with the girls (who'd already eaten dinner at the farmers market and were browsing through another shop), i glanced up at the second-story window where the judges were still hanging out, bantering with each other and occasionally turning around to wave at the crowd, who screamed and cheered their heads off in return. 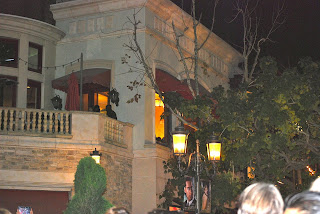 by the time i got to the store where the girls were, the cheering got louder - clearly signaling the entrance of the celebs.  of course.  i had to settle for looking at pictures tweeted and facebooked by the grove, like this one: 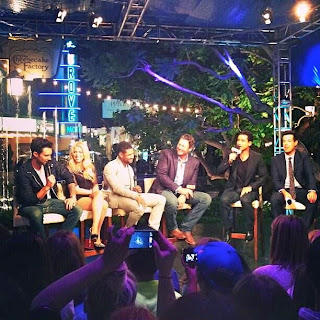 Email ThisBlogThis!Share to TwitterShare to FacebookShare to Pinterest
Labels: another failure, celebrity sightings, the grove