it's hard to believe that the bean has been taking gymnastics classes for three years now. that's, like, more than half her life!  crazy.

she's come a really long way since her days in the "little gym" next door. it's been really fun watching her go from being skittish on the bars to standing with confidence on the high beam without having to hold someone's hand.

so it was especially awesome watching her perform at this year's showcase. last year, she was in the oldest class in the little gym - but she advanced to the big gym several months ago and is kicking ass. the theme this time around was "the roaring 20s," with shiny red leotards for all. 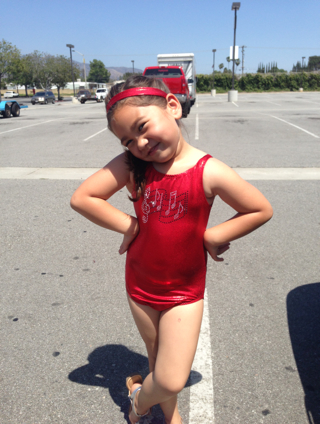 after dropping her off with her coach, i joined the teen and MIL high up in the stands. i waved at her from our seats so she knew where we were. 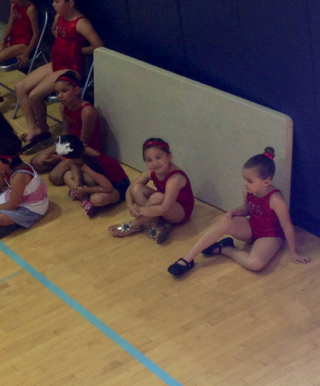 she seriously kills me. such a ham. 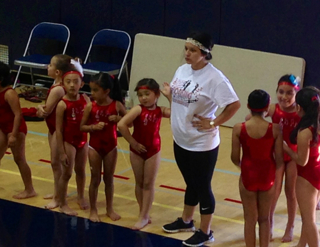 after they were done with their little dance routine that doubled as a warm-up, they took their turn out on the main floor with the equipment set up just for their class. each group was given five minutes or so to strut their stuff and show off their skillz. afterwards, they scampered together to take a bow and accept their participants' medals. too bad we were on the wrong end of the gym. 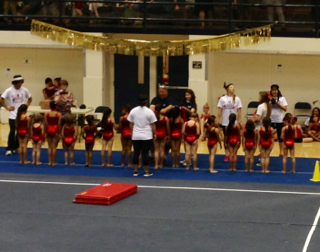 but as luck would have it, i had a secret weapon: a friend seated on that side with a camera at the ready. 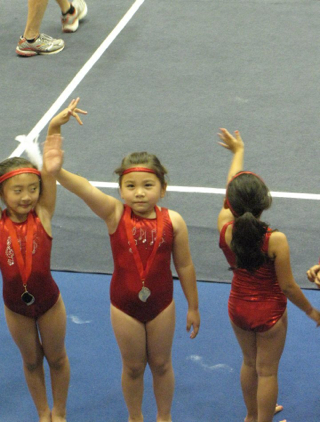 she was more than happy to pose for me with her prize. well, sorta. 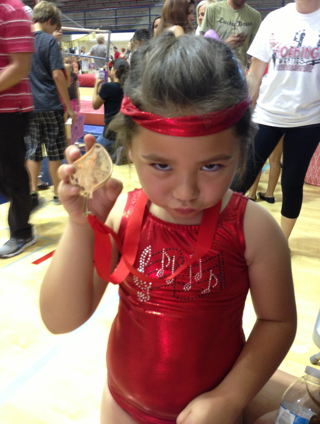 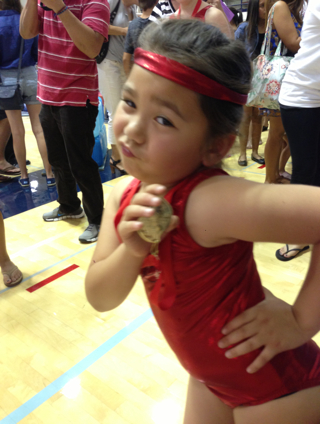 okay, for real though. 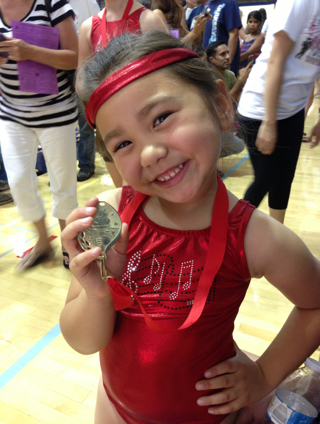 outside, she got silly with her sister. 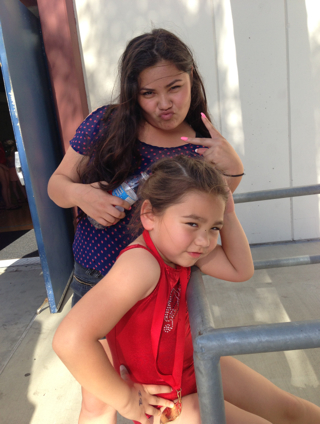 then she indulged me and gave me this: 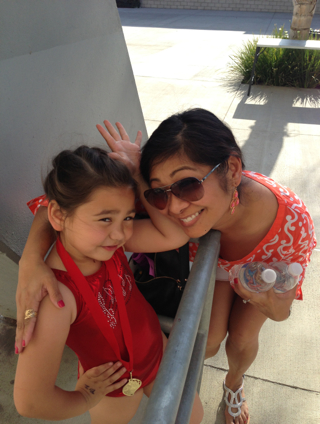 i can't wait to see what she'll be doing at next year's showcase.

Email ThisBlogThis!Share to TwitterShare to FacebookShare to Pinterest
Labels: the bean is a gymnast