as much fun as i had taking the teen, lilcee, and the bean to watch "american idol" tapings, i was pretty stinking excited to bring the hub as my date to part 2 of the finale.  it'd been quite a while since we'd had a date night, and "idol" was one of the few shows that we watched together on the regular.  plus, with MIL in town to hang out with the girls, everyone was happy.

when we arrived at the l.a. live complex, it was fun to see two completely different events happening just across the street from one another.  at staples center, playoff hockey: 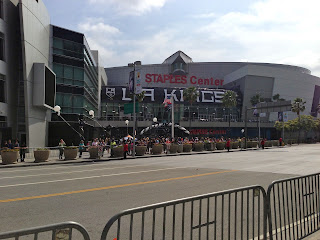 and of course, "idol" at the nokia theater. 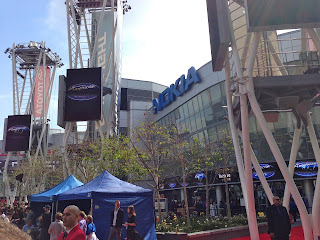 remember how lax i found security to be about cell phones on night 1?  well, i sure hope i don't get in trouble for bringing mine in this time around.  hey, i didn't tweet any pictures or spoilers out before the west coast got its chance to see the show.  and because we were way up in the upper mezzanine, it wasn't like my trusty iPhone and i were going to get particularly fabulous shots.  does it sound like i'm totally trying to justify my rule-breaking ways?  heh.  so at the risk of getting yelled at by katelin & crew, here's a handful of really bad, super far photos from my final "idol" experience.

view of the red carpet from the top level of the theater: 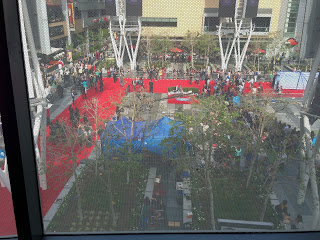 we also managed to get to the window in time to see the final two contestants arrive in their idolmobiles: 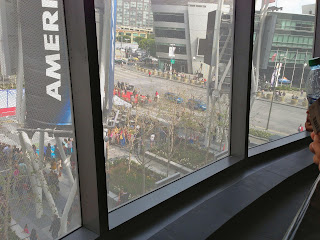 the view from our seats. 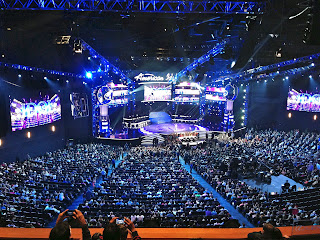 by the way, after watching countless folks whip out their phones and take photo after photo and even video of the performances, i didn't feel so bad about having mine in hand.  event staff wasn't doing a thing to prevent the shutterbugging action, either.  so, whatevs, right?

the hub and i were super amused at psy's antics. 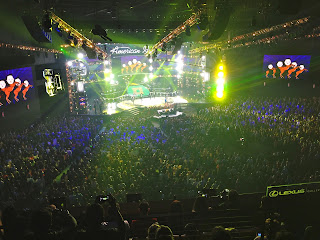 although i'm not really as much of a mariah fan as i was back in the day, i was still pretty stoked when seacrest announced that she'd be delivering a live performance later in the show.  i mean, she's been around forever.  and she's got that voice!  so i was admittedly pretty excited to hear her sing live.

except that i...didn't.  because as it turns out, that ginormous line that had formed around the theater the night before ended up being the ones treated to mimi's sultry singing.  i suppose maybe she wasn't down with the notion of live television, risking the possibility of a less-than-perfect performance.  and so what you watched on your tv screen at home was also viewed by the studio audience...on the jumbotron.  wah waaaaah.

i was a little disappointed to find that keith urban went the same route for his song as well. 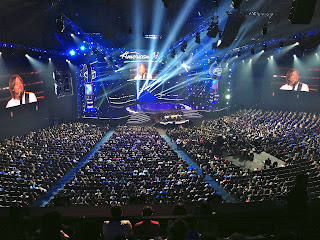 although i'll give him credit - he redeemed himself when he came out onstage along with randy jackson for one of kree's songs.  also performing live (and kicking some serious vocal ass) was surprise guest jennifer hudson.  she was phenomenal as she duetted with candice. 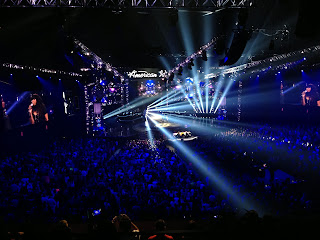 okay, so i admit it - i like pitbull.  so i cheered pretty loudly when he popped up onstage to do his part in j-lo's current song.  dale! 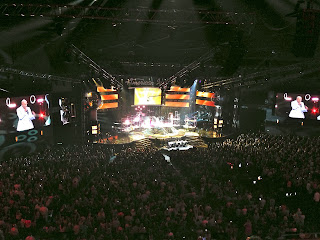 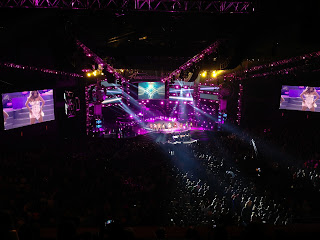 finally, it was time to reveal who would be crowned the newest american idol.  kree and candice held hands and stood together nervously as seacrest did his typical slow-envelope-opening. 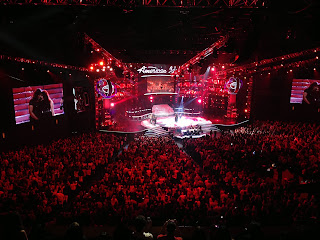 since it's been days since this aired, i don't think i'm spoiling anything with this picture at this point. 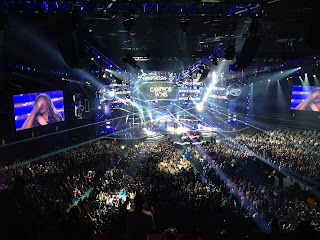 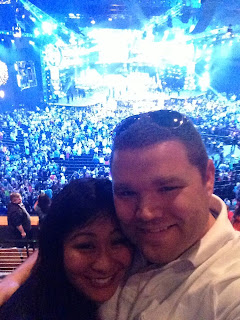 we made our way out of the theater and headed a block away to have a lovely dinner here: 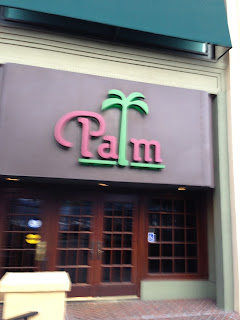 it was fabulous.  i kicked it off with a jumbo lump crab cake as my starter: 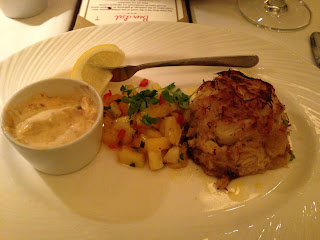 followed by a beautifully prepared filet and their signature asparagus fritti. 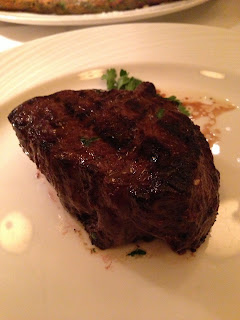 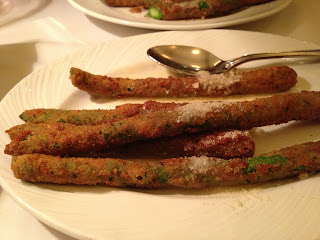 the hub was most amused when i chose the bag of warm doughnuts as our dessert.  they were covered in cinnamon sugar and served with raspberry and chocolate sauces for dipping. 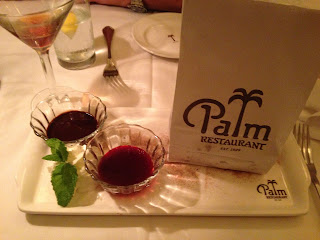 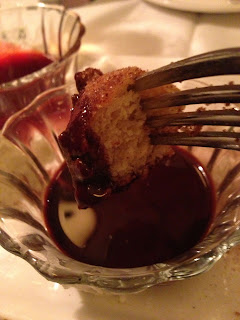 it was a perfect ending to a fun night out.

disclaimer:  “I attended this event as a guest of AT&T, and was in no way compensated. All opinions are my own.
at May 21, 2013