checking out the jewels

we took advantage of our multi-day hop on/hop off bus passes and rode on the top deck of our very touristy-looking vessel to make our way to the tower of london. 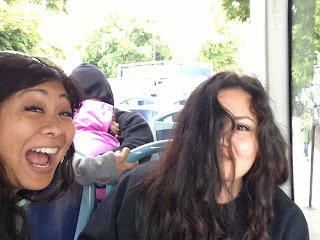 the weather was typical of london - gray and gloomy. i had checked weather reports online and packed accordingly, but what i failed to realize was that temperatures in the 70s at home most definitely do NOT feel the same abroad.  most of our travel wardrobe was no match for the chilly days. but with minimal room in our suitcases, we sucked it up and huddled together on those buses. it was worth it - we had great views of the tour routes from up there. 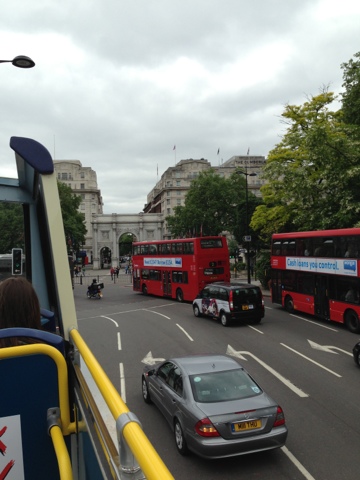 at the tower, the bean had fun running around in the moat area before we went inside. 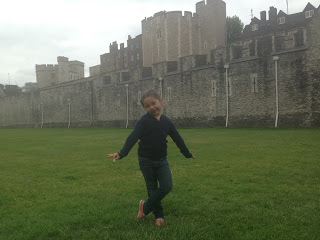 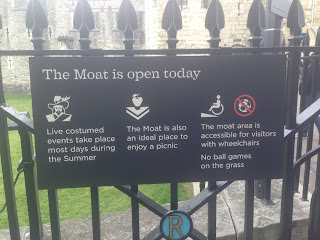 while we were awed at the sheer size and age of the joint, this is what we were really after: 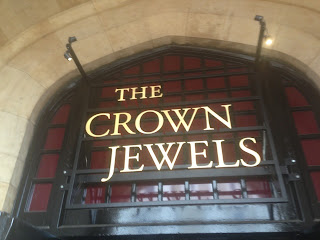 the goods were spectacular. impressively enormous and gaudy, but isn't that what you'd expect of the crown jewels?  no photos were allowed, and with a plethora of imposing-looking guards roaming around, i wasn't willing to risk it. i'm turning into a wuss in my old age.

outside, though, was another story. heh. 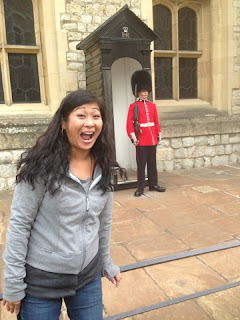 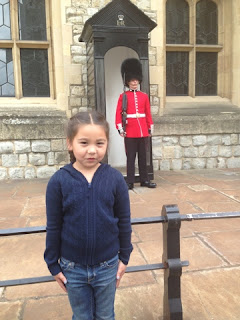 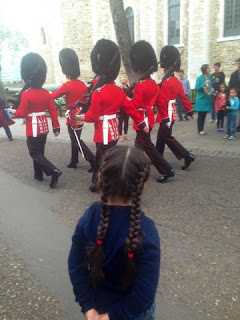 not too far away was the tower bridge, which a lot of people confuse with the london bridge. our london pass included admission to go up to the top, but no one seemed very interested in going but me. oh, well. 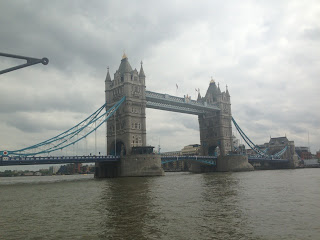 silliness in one of the gazillion souvenir shops. 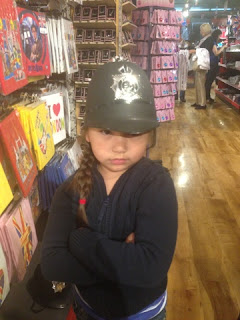 by then, we'd had enough of the buses for the day.  so we hailed a cab to take us to harrod's for a little window shopping, and along the way caught another glimpse of buckingham palace. 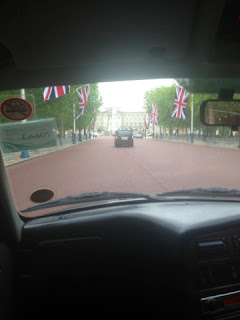 the only other must-do on our list was to watch the changing of the guard. of course, they only do it once a day, and we'd managed to miss it every time thus far. bah!

at the world-famous department store, the hub decided to wander off to parts unknown while the girls and i headed up to the third (or was it the fourth? i forget) floor to check this out: 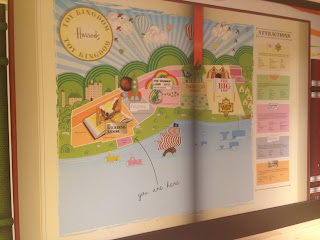 it was quite a wonderland indeed. 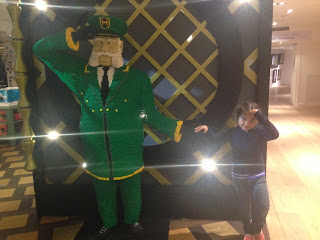 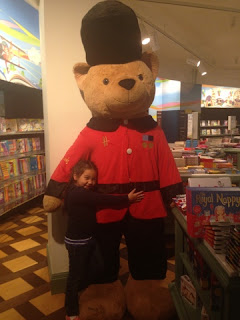 i totally regret not picking this up. uh, for the bean. yeah. 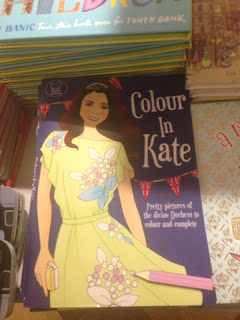 however, she managed to sweet-talk her daddy into letting her have this. oy vey. 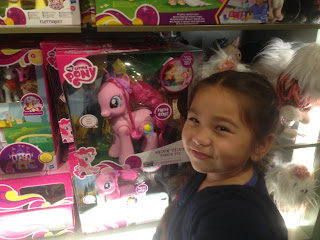 and i resisted the temptation of the liberty of london for hello kitty collection. just barely. 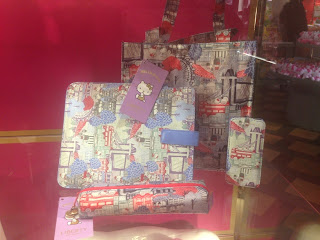 as the bean perused the book section, the teen and i spotted a familiar-looking figure wandering the aisles with an assistant in tow, loaded down with giant shopping bags. i couldn't quite place her until the teen leaned over and whispered in my ear: "it's ADELE!"  hearing her voice as she walked past us totally confirmed it.  you can't really tell from this picture, but trust - that's her in the background in black with her back to me. 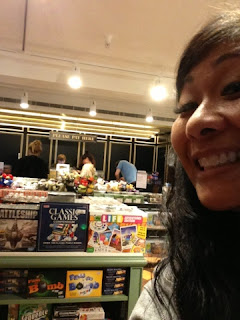 downstairs in the massive food halls. the place was incredible. i wanted to eat everything. 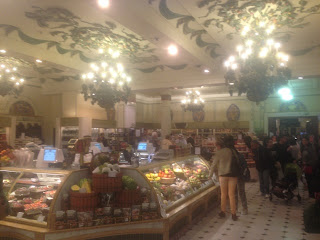 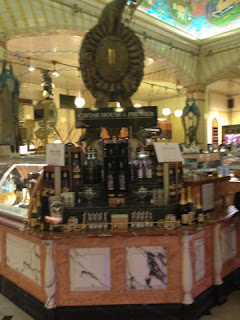 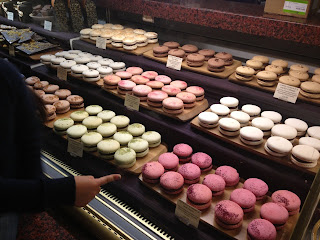 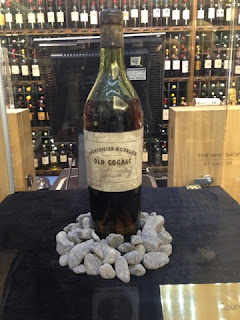 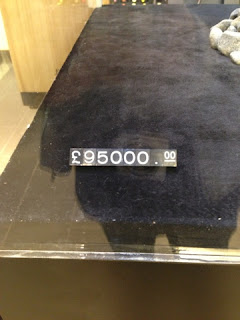 but nothing prepared me for what i saw next: 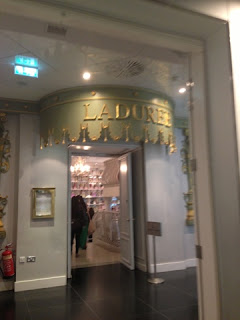 laduree. the macaron mecca itself. right in front of me. within fabulously easy reach.  the hub took one look at my face and marched right in to grab a table. i managed to get one picture before the guard snapped at me to put my camera away. muahahahaha. 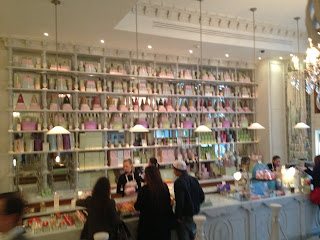 the cafe was full of people toting birkin bags, enjoying a bite to eat wearing accessories that rivaled the crown jewels, conducting business not-so-quietly. the dude at the table behind us was yelling at the manager, insisting upon keeping the table next to them empty so as to have a verrry important meeting despite the clusters of folks waiting patiently to be seared. "i will pay you one hundred pounds not to seat anyone here! no? i do not want to speak to you! bring me your boss!"  good googly moogly. and that ass got his way, too. sheesh.

my salmon sandwich was delish. 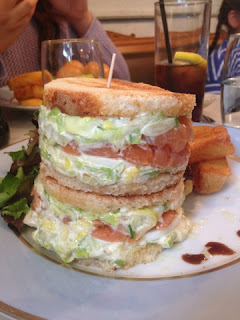 on our way out, i stopped at the retail counter and picked out some macarons to take back to the hotel. 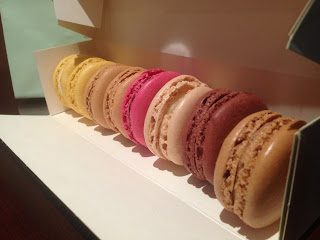 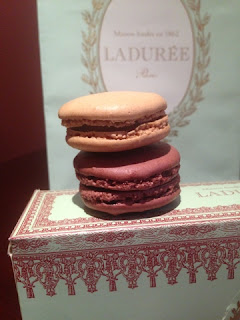 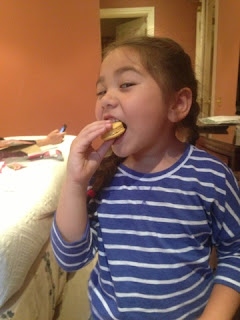