i woke up early for our first full day in london so that i could head out for a quick run. i'd registered for the liz logelin "around the world" 5K again, and while i was a day late and half a mile short, i thought it was kind of cool to participate on the other side of the world. 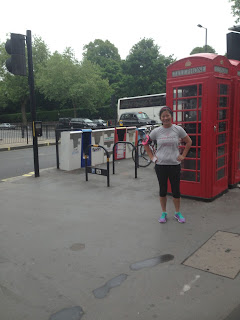 back at the hotel, i found the hub enjoying some quiet time by himself in the breakfast room. there was a lovely spread put out, and i grabbed a brioche on the way upstairs. 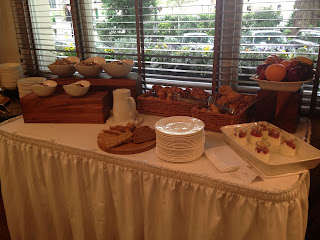 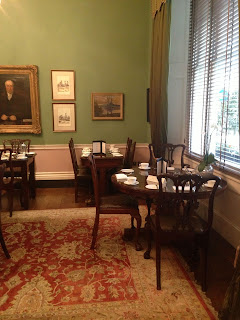 the girls and i had placed our room service breakfast order on the doorknob the night before, and it was delivered right on time. my full english breakfast was interesting: eggs, bacon, sausage, baked beans. 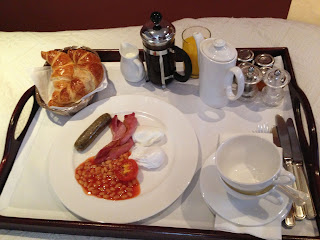 i don't love beans, but i tasted them just because and found that they were sweet-ish, like baked beans at home. weird.

we took a cab to leicester square, where the london pass office was located. i'd bought them online and opted to pick them up instead of paying big bucks to have them mailed to us. on our way there, we passed a KFC which offered a "proper breakfast." ew. 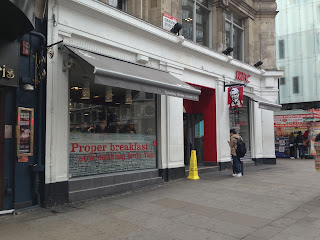 with our passes in hand, we indulged the bean's request to check out something we'd passed along the way: 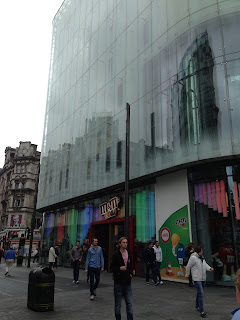 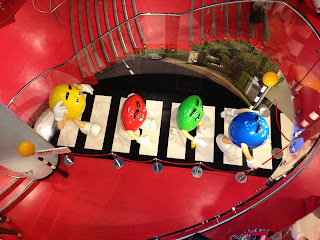 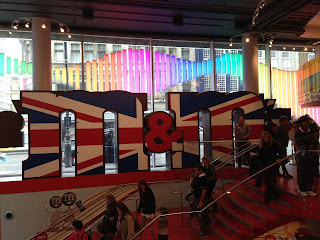 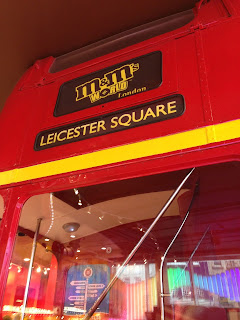 we decided to buy tickets for one of the hop on/hop off buses that traveled several routes around the major tourist attractions. our first stop: the london eye. 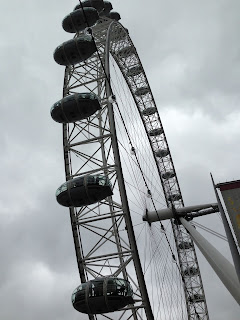 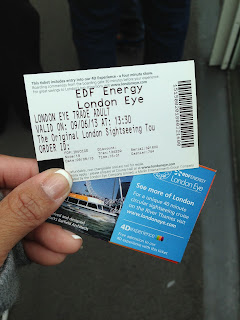 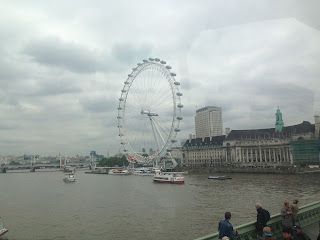 i promise you she was having fun. 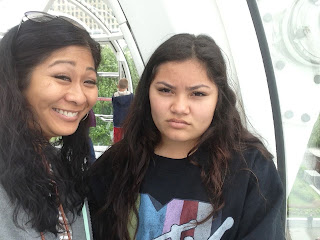 except that the bean, still adjusting to the time difference, passed out in her daddy's arms for the whole half-hour ride. bummer.

back on ground level, the teen and i admired big ben from afar. 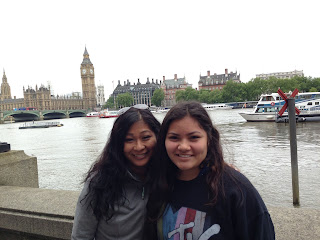 another bus dropped us off near victoria station and buckingham palace, where we found the same pub the hub visited at a stopover during his africa trip so many years ago. 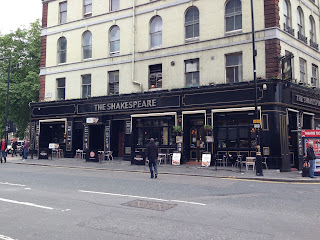 fish and chips. with peas. meh. 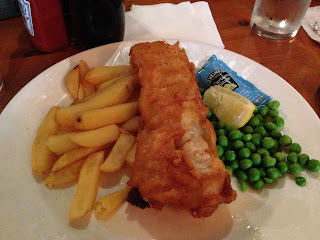 we decided to give the diana memorial playground another shot. this time, we got right in. 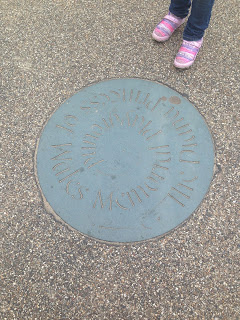 it was a really cool park, and we all had fun playing there with the bean. 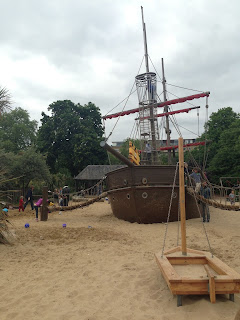 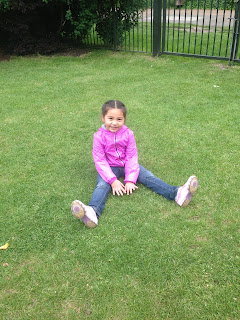 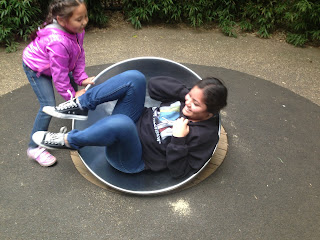 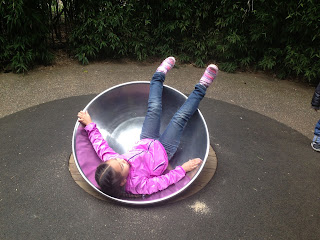 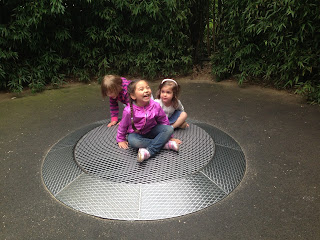 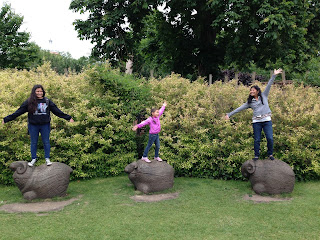 before leaving, the bean made sure to drop some coins into the donation station. 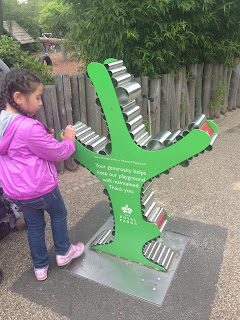 although it was closer to dinner time, we decided to sit down for an afternoon tea. it was delicious, but i noticed it wasn't much different from the tea parlors at home. 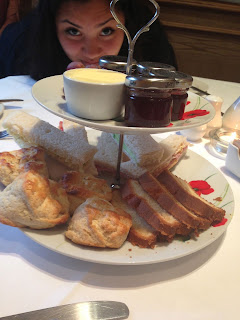 the bean gave it her stamp of approval. 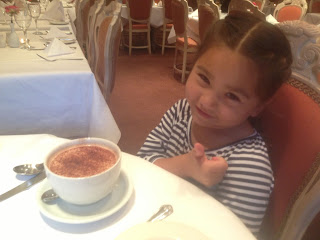 Email ThisBlogThis!Share to TwitterShare to FacebookShare to Pinterest
Labels: european vacay, running my ass off, traveling