our flight to london from LAX was scheduled to depart at 1:15 in the afternoon. this made for quite a busy morning as we scrambled to pack, get the dog boarded, and attempt to pick up a bit so we wouldn't come home to a disaster after two weeks away.

our ride to the airport arrived right on time, and after a final look around we locked up and hopped into the car. i was just praying i hadn't forgotten anything important.

at that hour, getting there was a breeze. no traffic, not too many people in the security line, and checking in was easy peasy. after the morning's activity, we all had rumbly tumblies. and right near our gate was this: 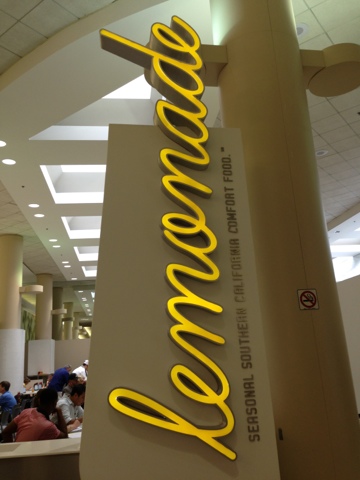 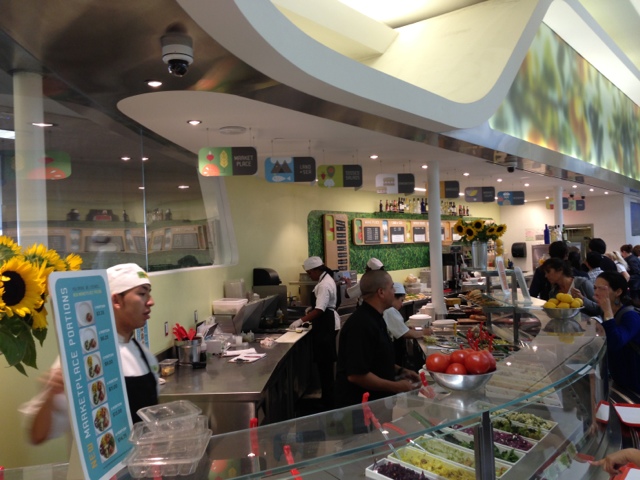 although this place is a chain with several locations not too far from home, i'd never been before. plus, my friends have warned me plenty of times that the food is less than fabulous. but we were hungry and it was right there, not to mention this caught both the bean's and my eye: 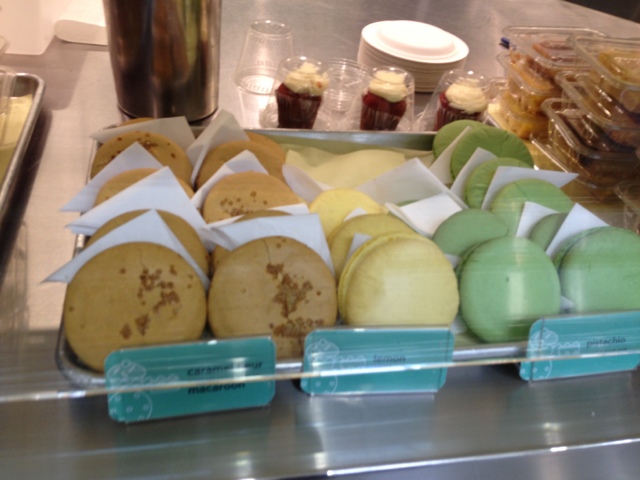 of course, my friends were right. the food was pricey as hell and not very good at all. poo. even the macaron was subpar. you know your shit isn't very good when a 5-year-old turns her nose up at it after one bite. 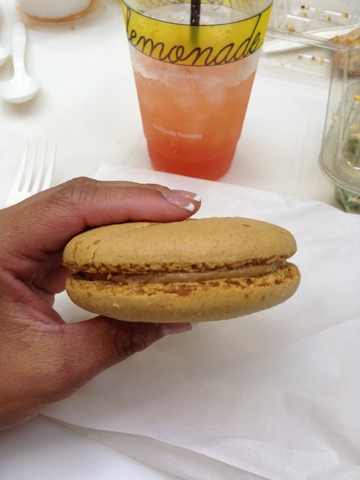 at least my blood orange lemonade was tasty and refreshing. 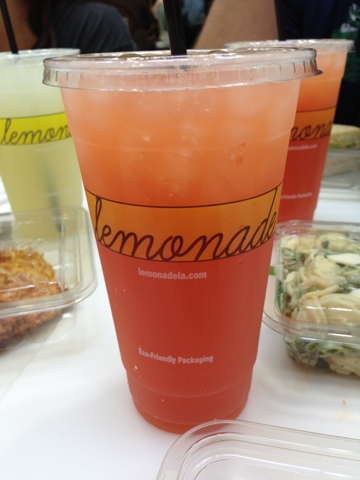 after we'd choked down as much of our overpriced lunch as we could, we headed over to the mattel shop nearby. this display made me think of my friend diane. 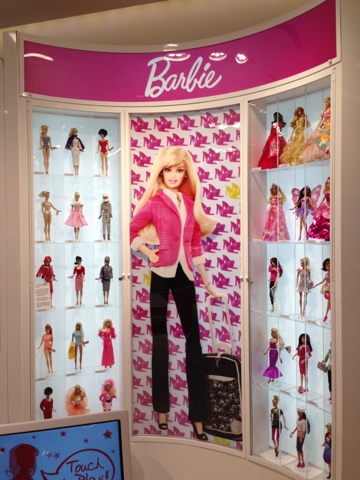 she isn't much of a barbie fan, but the bean never turns down a good photo op. 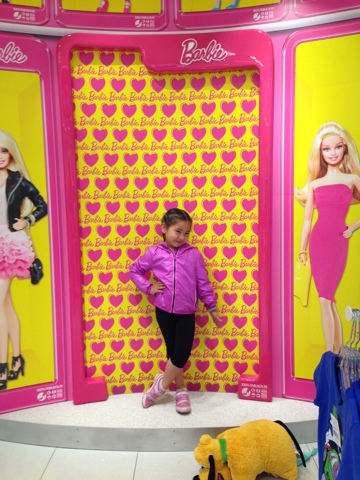 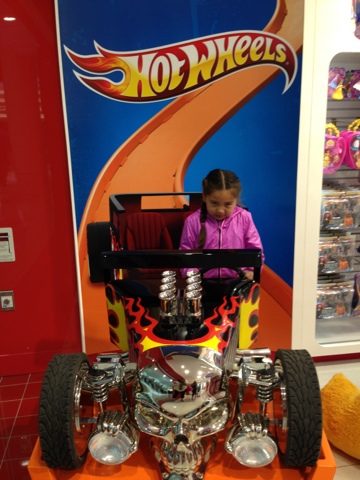 before we knew it, it was time to board. the first leg of our journey took us to detroit, which at first didn't sound lovely. but after some thought, i came to realize that breaking up a super long flight was probably a really good thing. the bean has flown plenty of times before, but never for more than five hours. 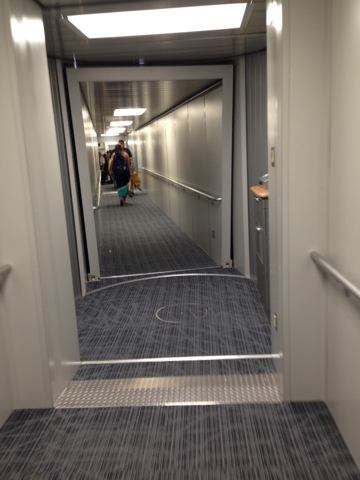 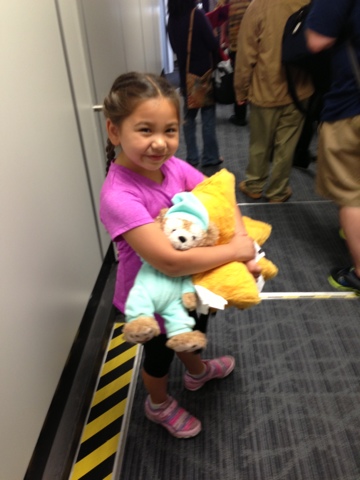 she'd opted to sit next to her daddy, leaving the teen and me to entertain ourselves. this is never a difficult task. 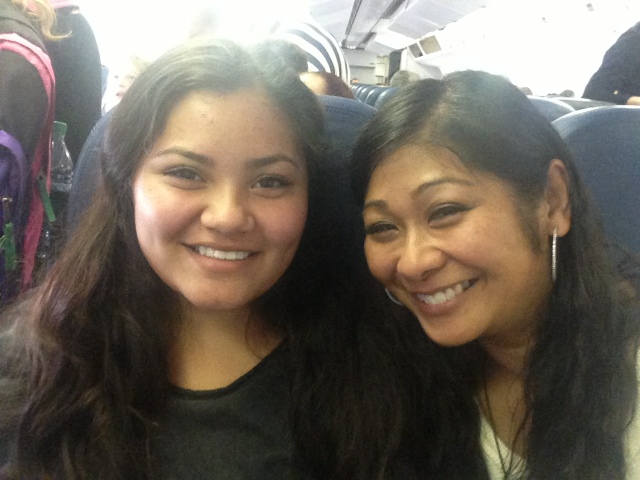 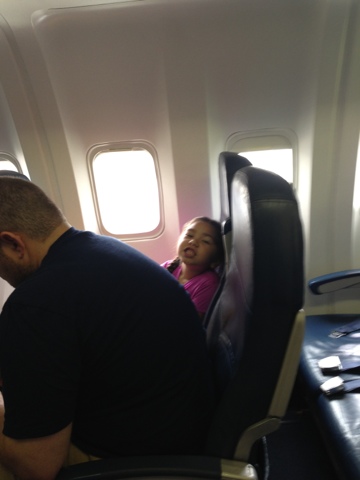 we had fun exploring the options on the seatback monitors. there were lots of things to keep us occupied - music, movies, live tv. 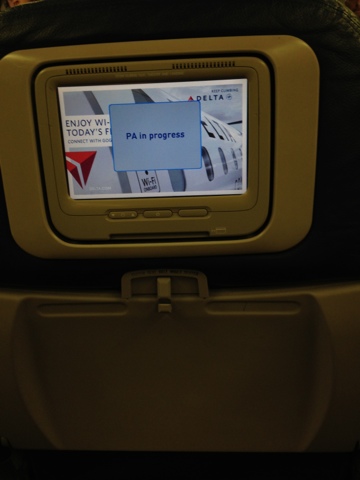 i was particularly happy to come across some old friends. like, literally. 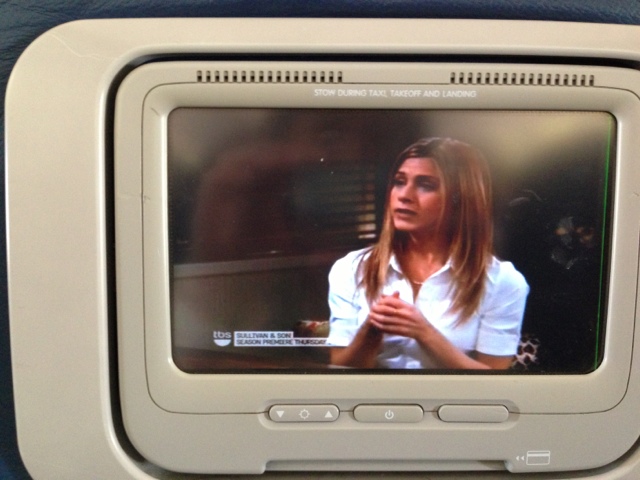 i managed to get a little catnap in before landing in michigan. 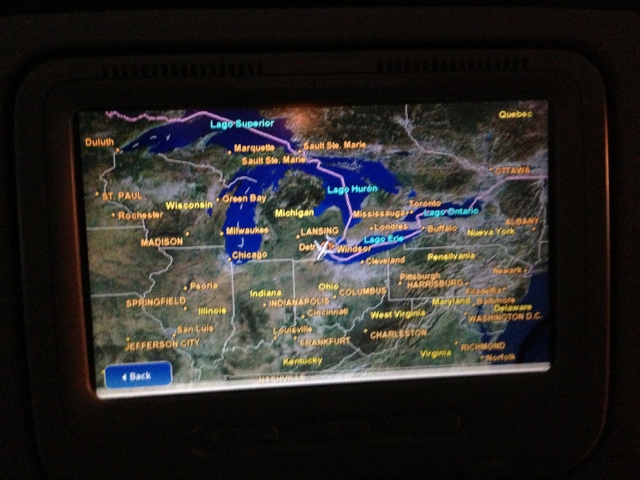 we had about an hour and a half before hopping on the next flight. after a quick potty break, a selfie: 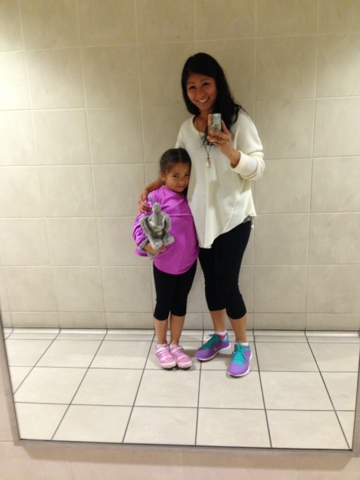 it was good to stretch our legs a bit and move around. and the bean had fun on the moving walkway. 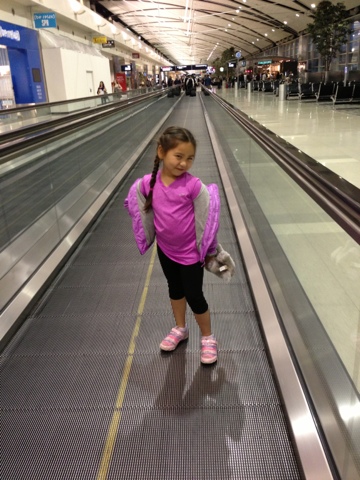 with the second flight being an international one, we had to show our passports at the gate prior to boarding. it was cute watching the bean sign her brand new passport in front of the hate attendant. 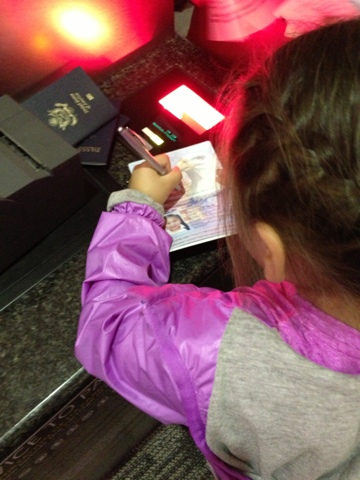 this time around, she chose me as her travel buddy. here's the obligatory silly airplane pic. 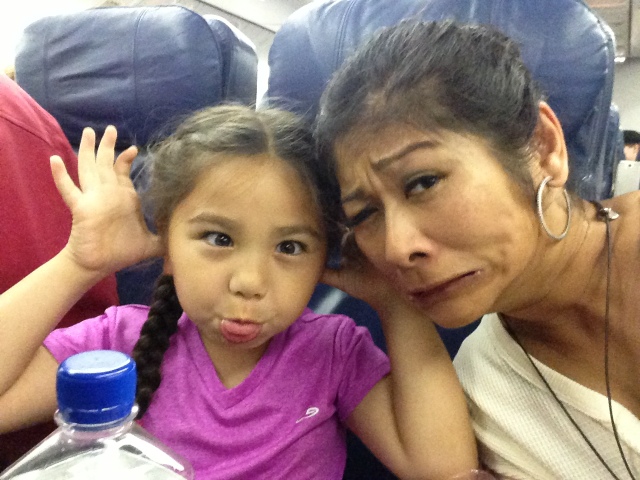 the monitors on this plane were a little different. we got way more movie and tv show choices, and she was super stoked to find a channel just for her. 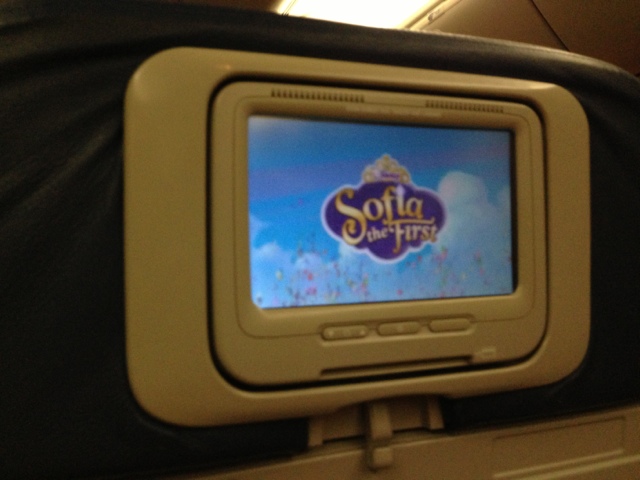 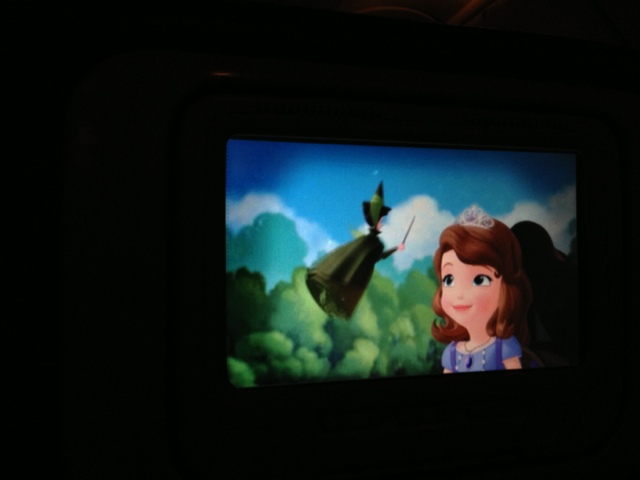 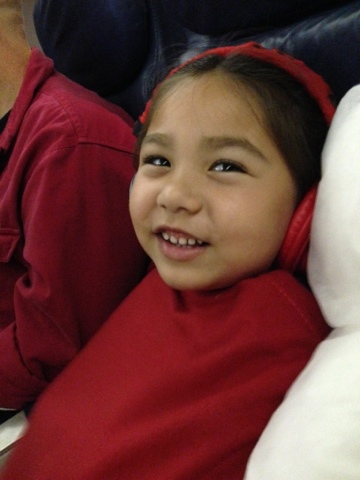 i was surprised to find that we were served a hot meal on this flight. i couldn't remember the last time i'd gotten dinner while flying. the bean ordered the chicken and rice, while i opted for the pasta. 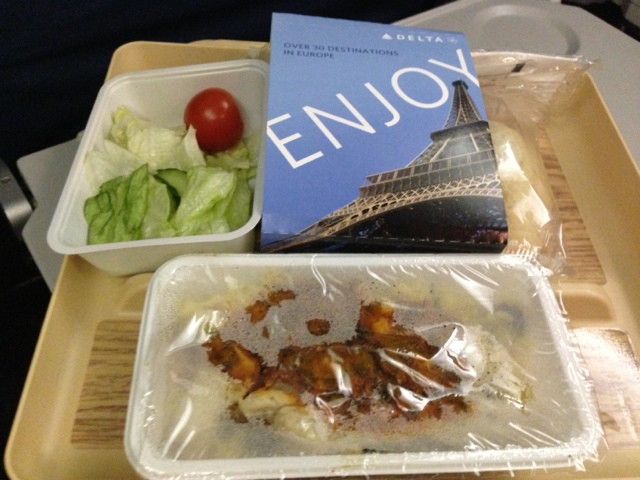 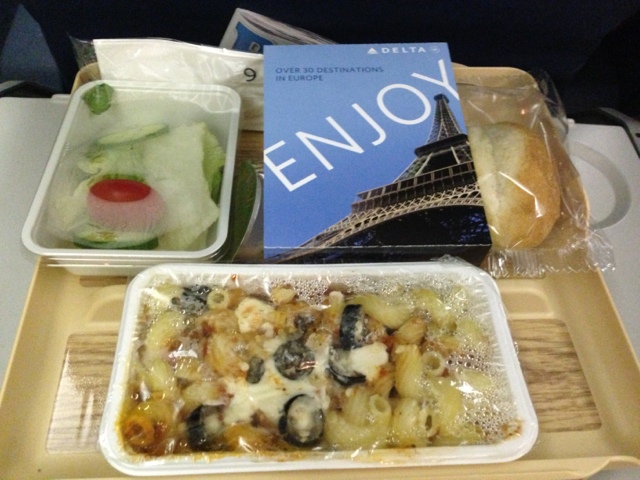 we finally managed to pass out for the last several hours. 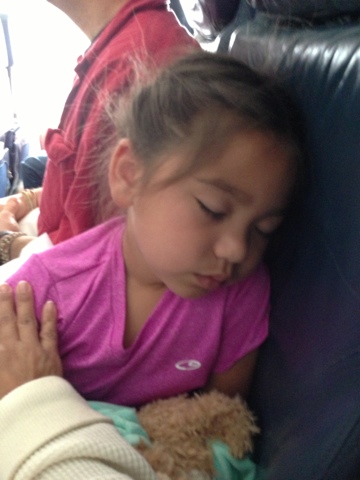 i felt really bad for the man sitting next to her. at one point, i woke up and found that she'd stretched herself out with her head in my lap and both legs in his. oops. i hurriedly pulled her over into my lap and folded her legs in, and he just smiled and told me it was okay.  ack.

as the sun came up, breakfast was served. 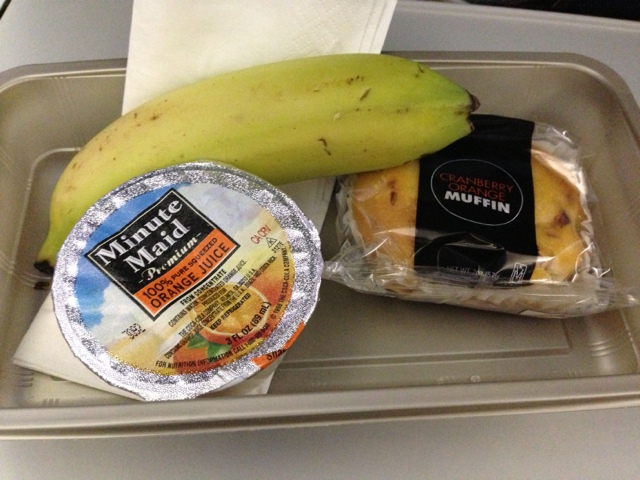 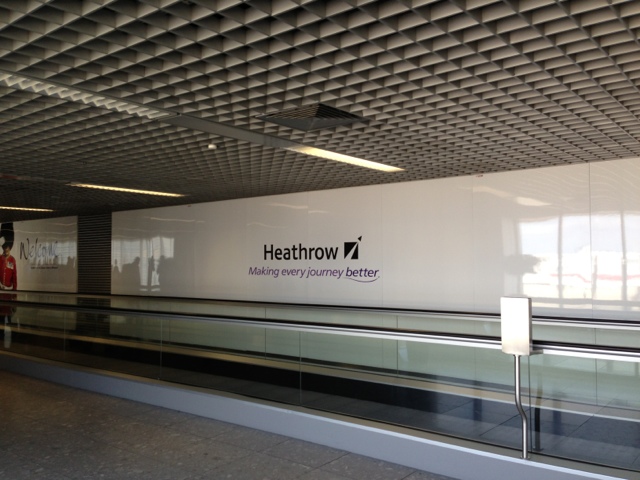 Email ThisBlogThis!Share to TwitterShare to FacebookShare to Pinterest
Labels: traveling