okay, so it's been a couple of weeks now since the teen so triumphantly marched up the ramp and accepted her high school diploma.  but it's never too late to share more pictures, right?

just nod and smile.  thanks.

check out the official graduation gear: 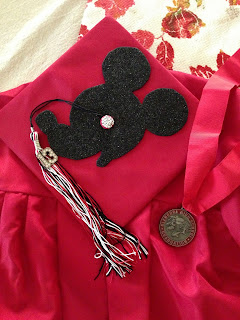 i thought her idea of putting mickey on her cap was super cute.  we found an image of his profile via google images, and she cut it out in sparkly black felt.  she'd asked around at the practice ceremony earlier if decorating the cap was kosher, and while she didn't get a straight answer from anyone she noticed a few others who'd done it.  good 'nuf.

it was a pretty warm afternoon, but we were high up in the bleachers and a lovely breeze came through regularly to cool us off. 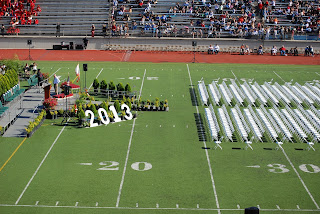 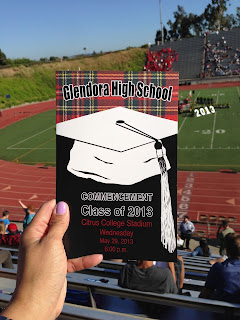 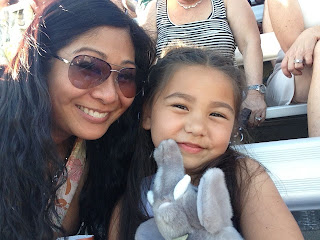 the bean was especially excited when our friends lilcee and mini cee arrived. 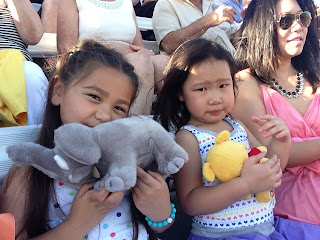 mickey made it easy for me to spot my kid in the sea of red caps and gowns. 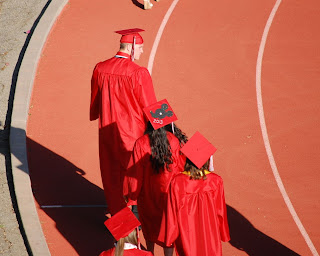 somehow she managed to find us in the crowd as she hobbled along in her ridiculously tall platform t-straps. 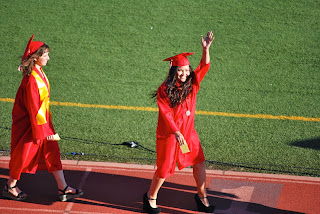 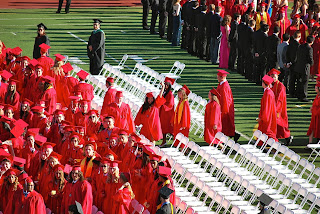 while there were several speeches and vocal performances before the 540+ names were called, it was clear that this was not their first time at the rodeo.  they had everything streamlined and moving along quite nicely.

there was a slightly embarrassingly comical moment when the folks sitting in front of us cheered really loudly for their student.  the bean took this as her cue, and as soon as the noise died down and it was particularly quiet, she took a deep breath, opened her mouth and shouted "GO SISTER GOOOO!"

you guys, i didn't know she had it in her.  she's usually such a soft-spoken kid, although maybe that first season as a cheerleader resulted in some seriously effective projecting skills.  we all giggled nervously, i put my finger to my lips and she grinned proudly.  and the best part was that later, the teen told us that she and the friend she was seated next to had heard it.  she didn't know at the time that it was actually for her, but by the smile on her face as we talked about it, i could tell she was totally stoked.  score for the bean.

we clapped and cheered for rock-ell when it was her turn. 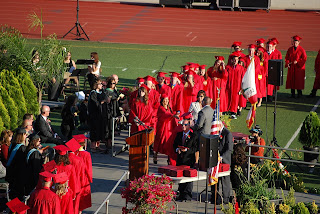 and not too much later, they finally announced the teen's name.  i still get goosebumps thinking about it. 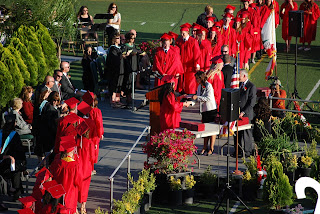 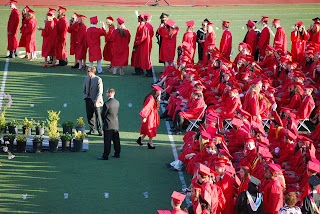 as i watched her take careful steps back to her seat, i noticed that something was slightly awry - her mickey cap had been swapped out for a plain one.  and when i looked a little closer, i saw it sitting on an empty chair at the end of her aisle. 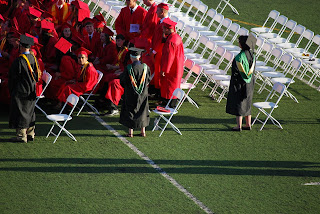 guess it'd been against the rules after all.  oh well.

after the alma mater had been sung, the class turned their tassels to the other side and then joyously tossed their caps up into the air.  and then i was glad that her cap had been switched out after all, because now she wouldn't have to go hunting for hers amongst all the others. 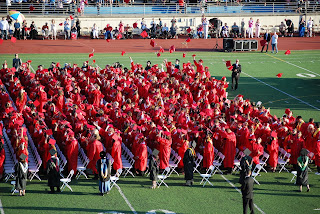 it took a good long while before we finally found her down on the field.  and the bean and mini cee were thrilled to finally be able to give her the leis they'd been waiting so patiently to present to her. 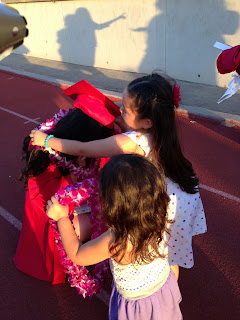 her BFF from kindergarten had come to see her graduate, and it was great to see her and her family.  it'd been a long time, and she's grown up into such a gorgeous young woman. 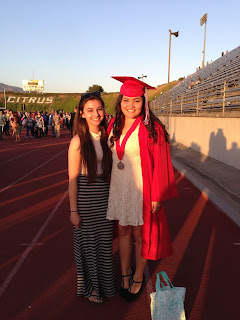 i managed to find rock-ell, too. 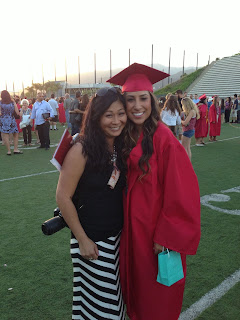 and i got to give my newly-minted high school graduate daughter a big hug. 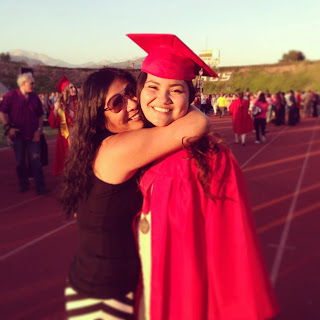 she's got a few really interesting ideas for her future that we're working on together.  not being a 4-year-university kinda girl, and becoming rather disenchanted with the idea of FIDM after her interview, we've been mulling over other options that are available to her.  and i gotta say, while her approach to life after high school isn't exactly traditional, what she's got in mind is just so...her.  and completely doable, too.