what's the best way to celebrate a birthday that was kicked off with a minnie mouse-themed party?

a trip to disneyland, duh.  and that's exactly where the bean, MIL and i met up with mini cee and her parents for some fun on her actual birthday.  the parks were closing fairly early that evening to host a slew of high school seniors celebrating their graduation: 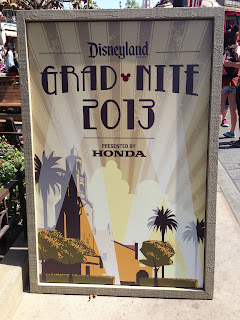 i found this amusing, considering that most of these kids get super rowdy and annoying as all hell when let loose in the parks. 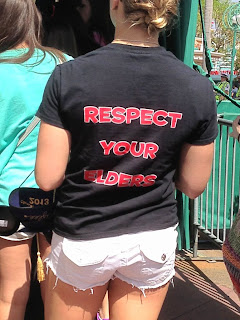 (yes, i do realize that they're not actually referring to themselves here but most likely to the underclassmen who undoubtedly deserve to kowtow to the seniors)

watching the girls together is always fun.  they start off all lovey-dovey and huggy and stuff, and as time goes by it turns into a lot of sibling-like bickering. 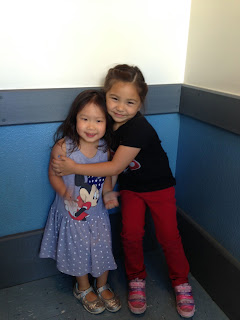 despite the impending grad nite party, the parks were relatively uncrowded that day.  probably because most folks who head to disneyland aren't looking to shell out big bucks for a ticket on a day that they close several hours earlier than normal.  well, and to avoid the droves of obnoxious high schoolers.  but it was great to hop right onto a lot of the rides aimed at the littles. 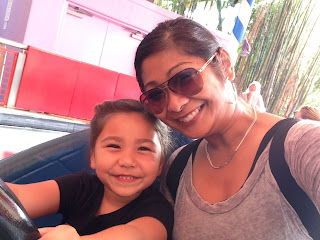 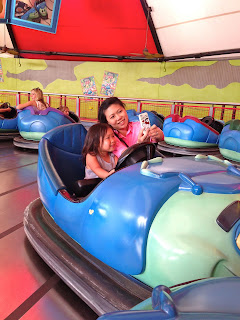 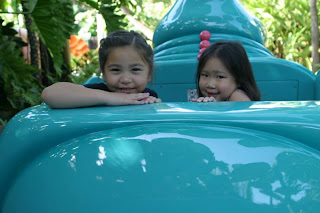 we had a lovely dinner at wine country trattoria.  i even indulged in an adult beverage - a pimm's punch - although had i known that the lilcees were picking up the tab, i wouldn't have splurged (thanks again, guys!). 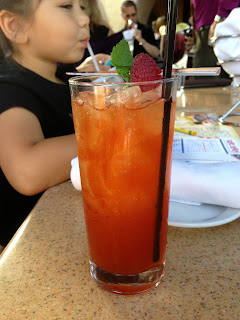 after dinner, we squeezed in one last ride - toy story mania, where the line is usually no less than 45 minutes long.  that evening, we scored with just under half an hour's wait. 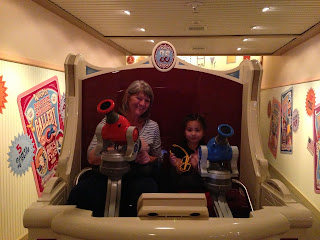 and then to cap it all off, we stopped at the ghirardelli ice cream parlor for a treat. 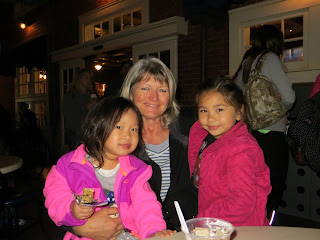