a while ago, my friend nanette finally took her adorable daughter em to have her hair cut.  because em's mane was gorgeous, curly and really long, i was completely thrown for a loop when nanette posted an "after" picture, revealing a new 'do that sat right at em's shoulders.  it was super cute, and i loved it.  when i showed the picture to the bean, this was her reaction: 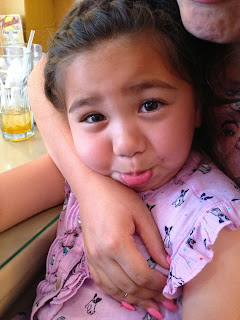 she's been pretty attached to her hair, and always turned down my offer to take her for a haircut:  "no mommy, i want to keep it long.  like rapunzel!"  but then i told her the same thing that nanette had said to em - that we could send the cut-off hair to a place that would use it to help sick kids who lost their hair to the medicine that they needed to make them better.  her eyes lit up at the notion, and immediately changed her answer to "yes, mommy, can we do it right now?"

except that i had to put her off for a few weeks.  with the recital coming up, we needed to keep her hair long enough to slick back into that high ballerina's bun.  but i promised to take her for a visit to the local kids' salon as soon as the show was over.

so, um, yeah - she took that quite literally.  because after we changed her out of that tutu, that was our very next stop.  she was pretty excited. 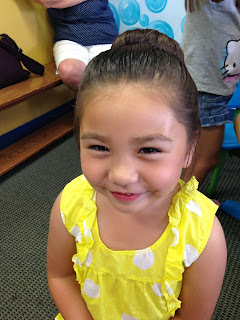 after she chose an animal to sit on, i took that bun down and marveled at how long her hair had gotten. 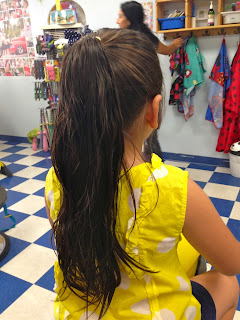 i explained to the stylist that we wanted to donate the hair, and she busted out a ruler to measure out the length that we needed to cut.  the bean and i had discussed how short she wanted to go, and while she initially went a little nuts and pointed to her chin, i talked her off that ledge real quick.  i mean, sure - it's just hair, right?  it'll grow back, and hers will at an alarming rate.  but still, i didn't want to get too crazy with it. pantene requires a minimum of 8 inches, so we went with 9. 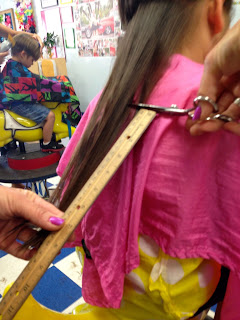 the stylist told us that although most of the places that accept hair donations suggest to put it into a ponytail and cut it in one shot, she was more concerned with the remaining 'do being cut properly and ending up nice and straight.  so she did it in sections.  i totally held my breath when she made that first snip.  ain't no turning back now. 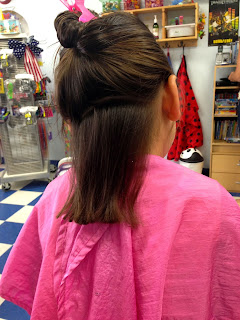 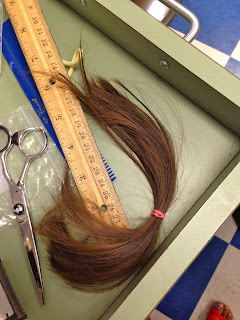 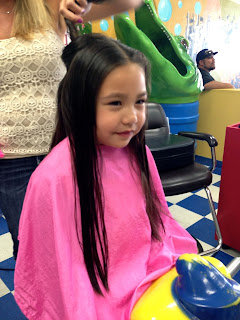 as she made her way around the bean's head, she'd put the snippets down and i'd secure bunches of it with colorful elastics. 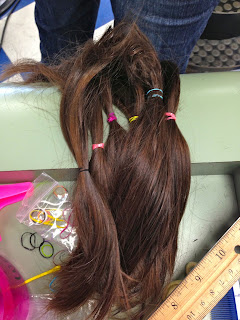 look at the difference!  holy crap. 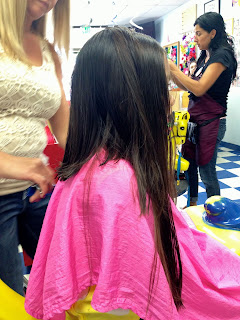 i kind of wanted to cry a little, but one look at that beaming little face and i realized it was a good thing that she was truly excited about. 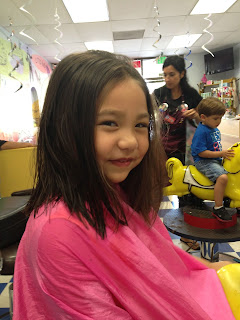 a little twisting on either side, a cute little bow in the back, and she was all done. 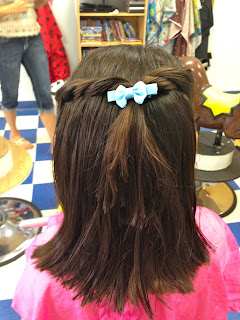 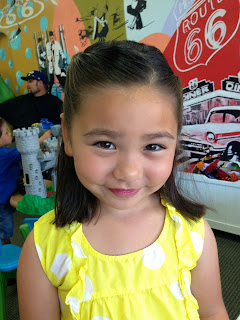 in the car, she checked out the envelope that held her precious locks.  i was amazed at how hefty that little bundle was.  no wonder she was excited - all of a sudden her head must've felt so much lighter. 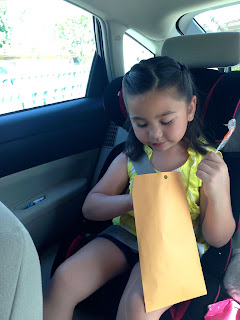 and then a couple of days later, i put it all into a ziploc per the instructions and then placed it into a bubble envelope to mail off to pantene. 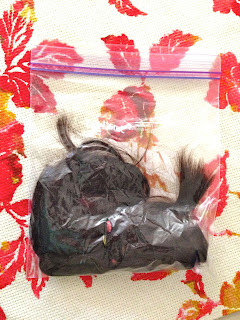 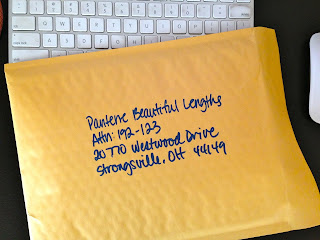 while i love her new 'do (as does she) and think it looks awesome on her, i'm pretty much bursting with pride at how easily she changed her mind once she learned that such a simple act could possibly make an impact with people who needed help.  this kid's got such a good heart and a generous soul, and sometimes i wonder how i got so lucky.  i'm going to do all i can to ensure that the kindness that comes so naturally to her sticks around and grows along with her.
at July 11, 2013

Email ThisBlogThis!Share to TwitterShare to FacebookShare to Pinterest
Labels: the bean gets a new 'do