proof positive that i am special

after last year's triumph in the cookie competition at the l.a. county fair, i decided that i wanted to try my hand at the culinary competitions at the orange county fair to see if it'd been a total fluke.  we were sitting around in our london hotel room after a day of sightseeing when i came across a tweet that told me i was almost too late to enter.  oops.  lucky for me, they offered online registration and i managed to get my entry in just in time.  whew.

i threw out a tweet inviting people to give me suggestions on what kind of design to tackle for my submission.  while the bollywood-style elephants that i'd done for my friend AMP were a top contender, a reply from the OC fair itself gave me the best idea:  their cute little foodie mascots.  here's a few of them: 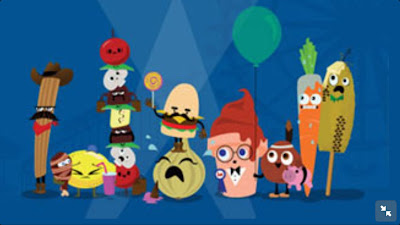 cute, right?  and i figured a little ass-kissing wouldn't be a terrible idea.  hey, i'll take all the help i can get.  the only child in me rears its ugly head at times like this.  i like to win, dammit.

the amount of prep work it took before i was able to produce six cookies i liked enough to submit was pretty ridiculous.  going through my entire (rather sizable) stash of cutters to find ones that would work for the characters i felt confident enough to tackle took a good bit of time.  plus, i had to be sure that the finished cookies wouldn't be any bigger than 3.5", per the rules. 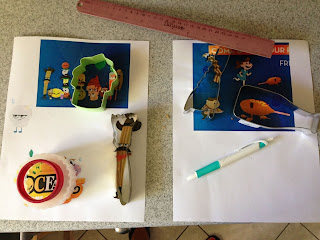 and then my most hated part of cookie-ing - making the frosting.  getting it to the perfect flooding and piping consistencies and then tinting it in the perfect shades always takes so much damn time, and i seriously despise it.  at least making the dough, cutting out the shapes, and baking them is easy.  and then the actual decorating part, while painstakingly slow, is really fun.

arturo the churro was first. 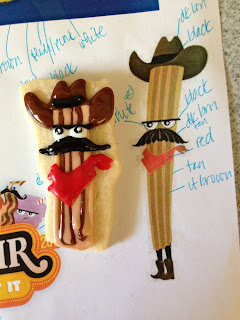 i don't actually know the names for the rest of the characters i did, but here they are: 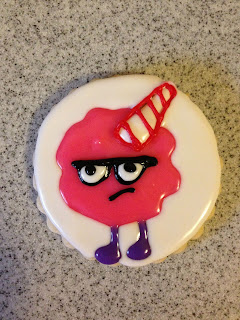 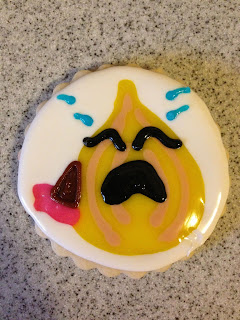 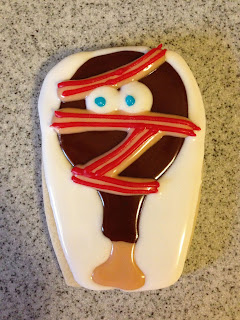 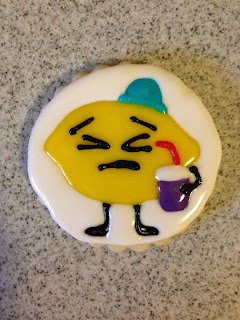 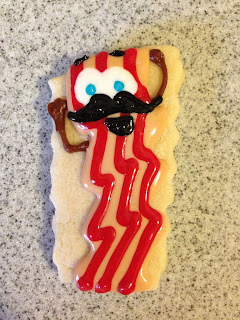 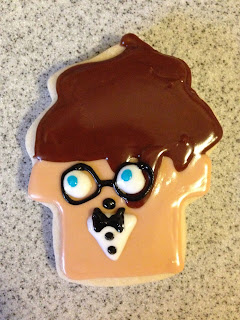 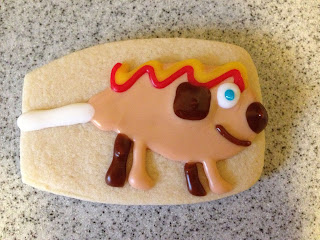 i'm not even going to tell you how long it took me to do a whopping EIGHT cookies from beginning to end.  it's seriously just stupid.  but while they aren't perfect, i was pretty happy with how most of them turned out.  and when i polled my friends via all of my social media outlets, i knew which ones i was going to use to try for some sort of ribbon.  here's the plate i prepared for the fair judges, minus the ice cream and the corn dog dudes: 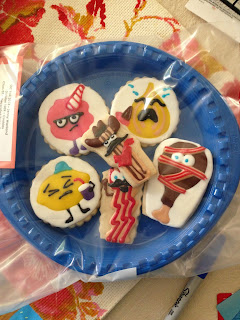 i dropped off the bean at school, grabbed a venti coffee from starbucks, and headed down to the fairgrounds in costa mesa in full-on morning rush hour traffic. 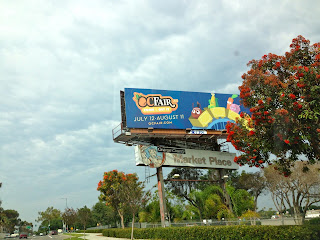 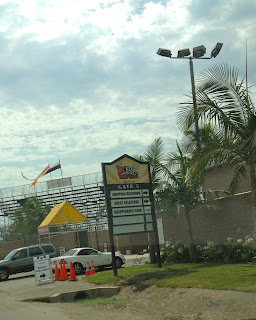 the attendant at the gate showed me where to go to drop off my precious plate.  it's always interesting to see the flurry of activity that's involved in setting up for a county fair. 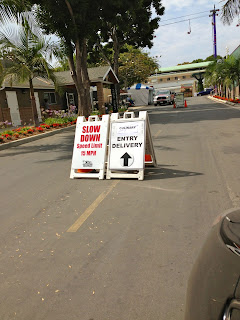 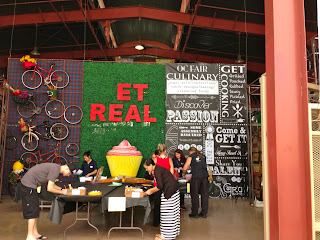 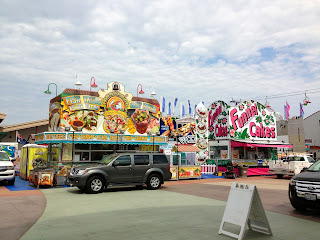 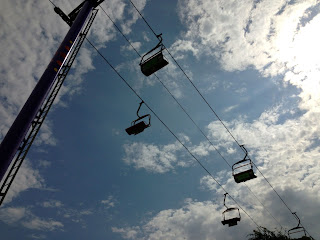 dropoff took all of maybe five minutes, and then i hopped right back on the freeway to head home and go about the day's business.  i knew the judging was going to happen that afternoon, but that they wouldn't be posting results online.  drat!  it was wednesday, and the opening day at the fair was two days later.  i knew there was no chance that we'd be able to head down there and see the results that day, which was a bummer.  so instead, i put a call out to my friends via twitter to see if anyone was heading out and willing to check out the culinary arts building to check it out.

i was dying, people.  you know this.  i really just wanted to place - i didn't even care if i came in first, second, or third.  i just wanted a freaking ribbon.  okay, i'm lying.  of course i wanted to win.  pssh.

so i was absolutely stoked when my buddy delovely details tweeted me to say that she and her hubby were at the fair and had spotted my cookies.  i knew this had to be a good sign - and sure enough, it was.  her next tweet to me contained this photo: 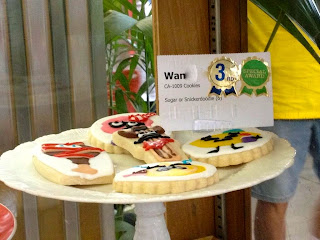 so not only did i take third, but some sort of special award too!  woohoo!!  now i was dying to find out what that award was, but i was thrilled to know that i'd placed after all.

the hub and the girls accompanied me to a fun race down in the OC the next day (more on that later), and then we headed to the fairgrounds when i was done.  i checked in with the information booth in the culinary competition building and was given the choice of taking home my award that day or coming back in a few weeks to accept it onstage.  the bean overheard that last bit and breathed "mommy, i want to see you get your ribbon on the stage!"

and then because i seem to enjoy torturing myself, i decided that i wanted to see what i lost first and second prizes to.  now, remember - my category was pretty broad:  sugar or snickerdoodle cookies.  with that in mind, i give you...this. 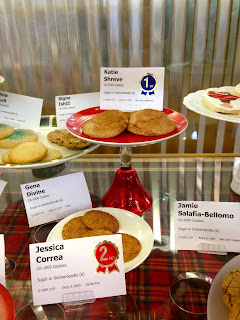 oh oh oh - and then the hub pointed something else out.  in a category called "sugar art," these were a winner: 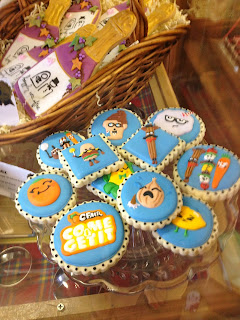 Email ThisBlogThis!Share to TwitterShare to FacebookShare to Pinterest
Labels: going to the fair, more cookies, wan likes to win