i am still reeling from the awful news that cory monteith, glee's "finn hudson," passed away this weekend. we all know how much i love glee - even now, when it's gotten kind of lame and weak - and finn was always my favorite character.

my friend interview is making himself known in his industry and is really starting to add some well-known names to his portfolio. cory was one of his interviews while on a mini tour with his band, bonnie dune, and one of his stops was a venue in anaheim called chain reaction.  interview has worked here plenty of times before, and he would've been able to get me in as his assistant so i could've met cory, but it didn't work out.  i was so sad.  you can see a bit of the show here:


interview was able to snag a signed poster for the teen, and she still has it in her room.  he said that cory was one of the nicest guys he'd worked with.

she and i were sitting around on saturday night just watching tv and browsing our twitter feed, and when one of my friends who's a reporter for the l.a. times posted a link to the breaking news, we refused to believe it.  except that that friend is totally legit and isn't one to spread around unsubstantiated rumors, and her source was indeed a huge canadian news outlet.

we watched the live press conference from the vancouver PD, and were both crying by the end of it.  i realize that to a lot of people it's "just another celebrity death," and likely from a drug overdose, but it still saddens me immensely.  here was a guy who had so much to live for - a great career, a beautiful girlfriend who loved him, friends and family, a huge fan base.  and yet the demons that led him to drugs from the age of 13 managed to get ahold of him and take him down anyway. 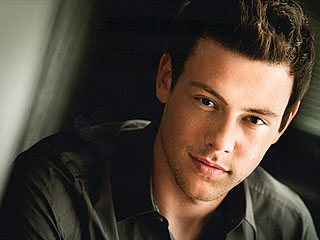 Email ThisBlogThis!Share to TwitterShare to FacebookShare to Pinterest
Labels: sadness