the bean is "brave"

it was a good thing that jet lag was getting its ass kicked at our house, because after one day of play our busy summer schedule made sure we hadn't forgotten about it.  that weekend was the bean's ballet recital, with dress rehearsal bright and early.

luckily, this dance studio doesn't take itself as seriously as the last place we were at.  the vibe around this recital was much less stressful, which was a godsend considering my current state of exhaustion.  instead of a high-pressure themed recital that required a ton of sitting around and waiting for two minutes of stage time, each class worked on a routine during the year and then presented it in cute costumes onstage for their adoring fans.

before we left for vacation, i'd made sure that we had everything that we needed for the recital so that i didn't have to worry about it when the time came.  the bean was still a little groggy when i got her up, but she was ready to see her friends and do a little dancin'.  i scraped her hair back into a high bun, put her costume on, and we were off. 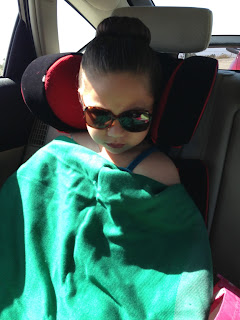 the venue wasn't too far away. 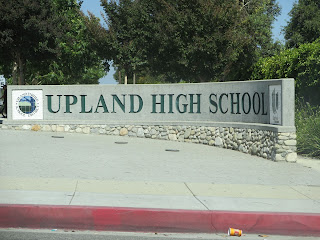 after two weeks away, she was really excited to reunite with her buddies and have a little fun onstage.  they had a great time hanging out as they waited for their turn to practice.  i was happy to see that although she'd missed the last two ballet classes just before recital time, she seemed to have no trouble remembering the steps for their "brave"-themed number, and didn't need a ton of coaching from their instructor. 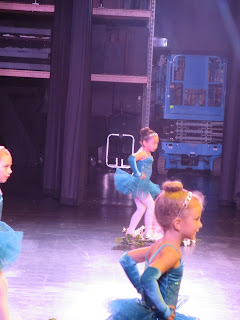 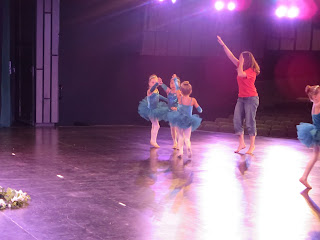 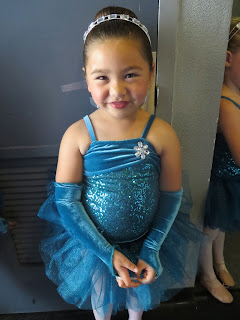 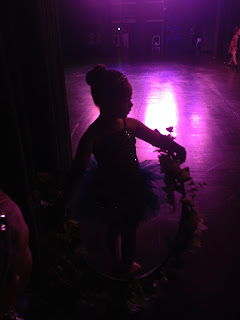 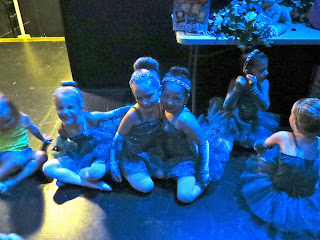 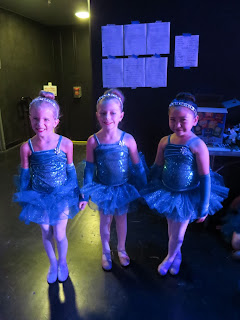 we actually had a bit of a break between the end of rehearsal and the actual recital time, so we headed home and grabbed some lunch before packing up and heading back to the auditorium for the real thing. when we got there, we were directed to one of the four dressing rooms. 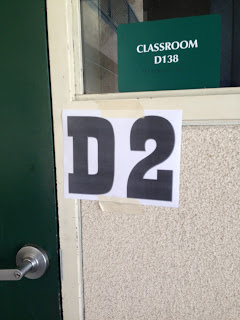 the schedule for the afternoon was posted on the wall.  i'd volunteered to assist backstage, so i made sure i read through that thing line by line. 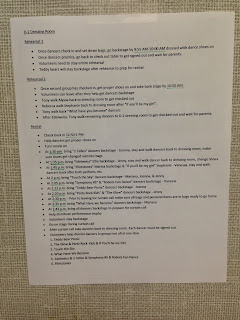 our dressing room had a pretty wide age range - we had a class of 3-year olds all the way up to a couple of tweens.  armed with a movie and some art supplies, it wasn't too difficult to keep them from getting bored.  and it was kind of cool that we were able to hear the music being played in the auditorium via the school's intercom system.  this made it really easy for us to figure out what performances were onstage at any given moment. 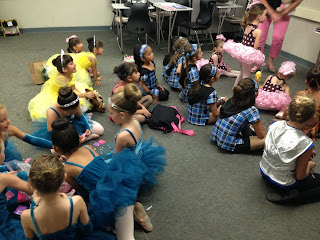 finally, it was go time. 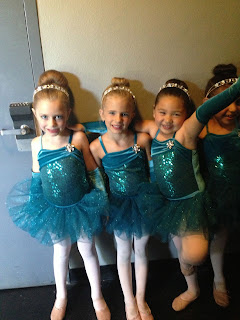 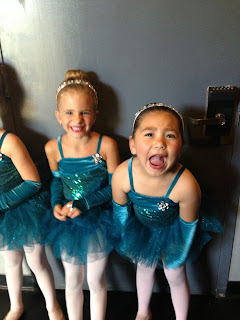 my kid is definitely not one to suffer from stage fright.  can you tell?  geez.

when they took their places and got ready to start their routine, my friend sassy and i scurried through the corridor to get to the other end of the stage, where they would make their exit.  from there, we watched our girls and puffed up with pride.  i may have teared up a little, too.  you know how i do. 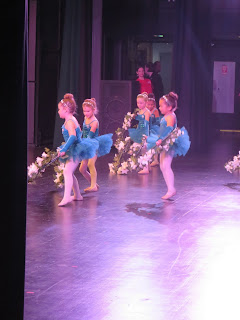 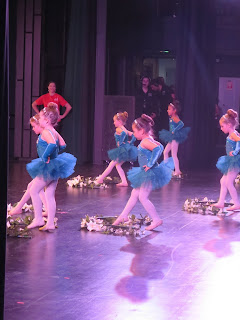 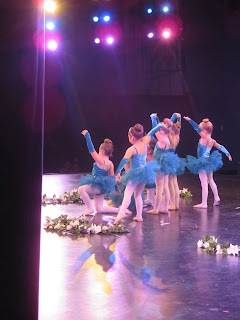 at the end, the girls each received a cute little trophy. 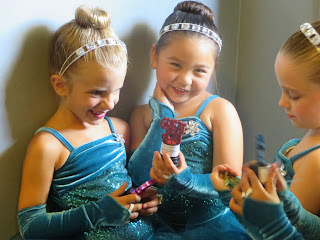 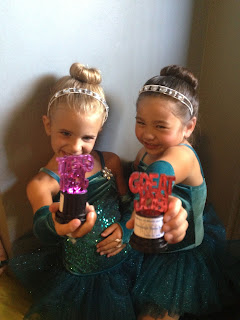