it's funny, just when i'm thinking that it'd been forever since i'd last done cookies for anyone, an email will magically appear in my inbox. and before i know it, there's another. and another! and then all of a sudden my calendar is full of requests for all sorts of fun designs to work on.

like these mini baseballs, used as cupcake toppers for a fundraiser hosted by a player on the l.a. dodgers. so cool, right? 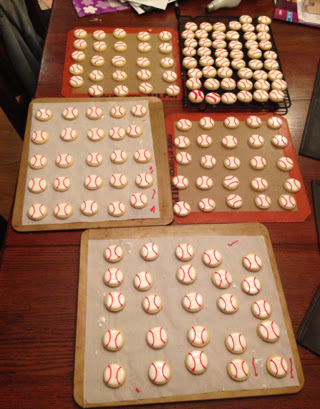 funny, right on the heels of that came a second request for baseballs...only slightly bigger. 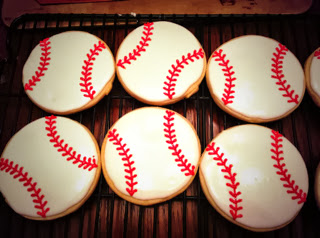 next, some end-of-summer flip flops for a bridal shower. 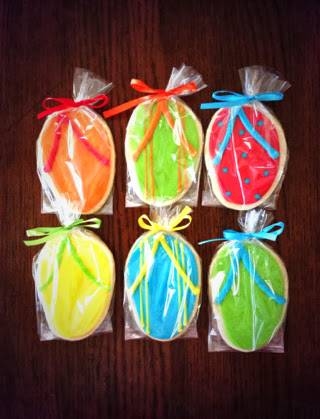 last weekend, the hub hosted a charity fundraiser to benefit the city of hope. one of the cigar shop's regular customers was facing the first anniversary of the loss of his son to leukemia, and this was just a small way to show him and his family some support.  i decided to make a small contribution of my own and busted out several dozen mini cookies. 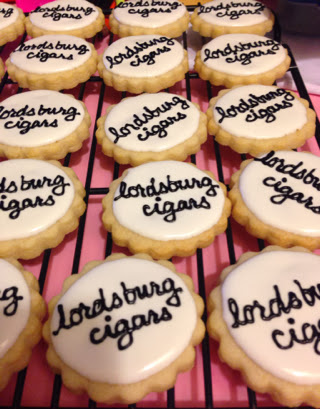 these were for a friend's bridal shower. the wedding venue is a vineyard, so... 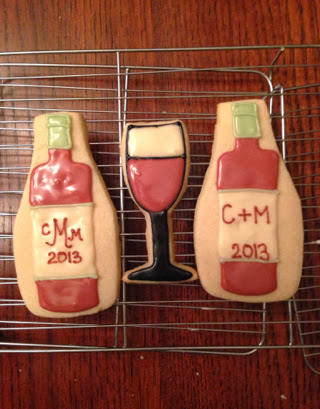 the next couple of weeks have me doing some little mermaid-themed treats, plus some sparkly stars and crowns. and i'm still debating whether or not to do some for the bean's upcoming birthday party.  it's my little pony-themed this year, and the best part? it's at one of those jumpy playground type joints where there's a start and end time. no cleanup, no stress, no craziness. we have an hour in the party room, and it's gonna be all her friends from school and her gazillion extracurricular activities, plus a small group of her little friends who happen to have parents that are MY friends.

well, okay, this is still me. i'm still scouring pinterest and the google for fun decorating ideas and whatnot, but it's going to be on a MUCH smaller scale this time around. i'm super excited that we've reached the age where the bash really is about her and what she wants, instead of me trotting out my insane partyzilla tendencies.