we are the crazy people

the final installment in this summer's wanconcertapalooza was a crazy, manic show at the l.a. county fair.  i'm not gonna lie, i kinda regret that i didn't do a few shots beforehand.  heh. 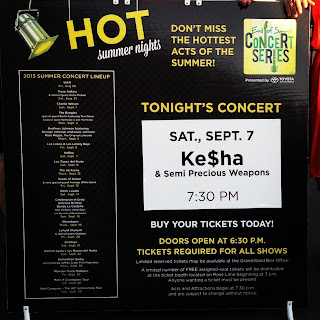 i'd kind of wished i could've gone to her show with pitbull at the usually-dignified-as-hell hollywood bowl this summer.  why?  i don't really know.  i just thought it sounded like a lot of fun, and from all accounts it definitely was.  and so when i heard she was playing at the fair this year i put out the call to my friends via twitter (after i was done laughing my ass off, because really, the fair, ke$ha?) and rounded up a handful of fun friends to go with. 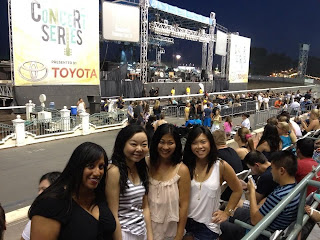 now, when we bought the tickets they read as "row A."  this had me thinking we'd be super duper close...but as you can see, not so much.  plus it was during the incredibly miserable heat wave we're still dealing with, and at 7pm it was still about 85 degrees outside.  meh.

but let me also show you what i ate for dinner: 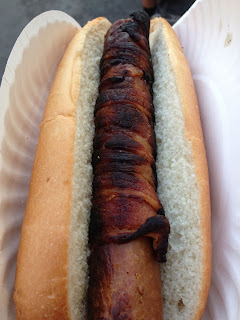 also, i was amused at this sign on my bathroom stall door. 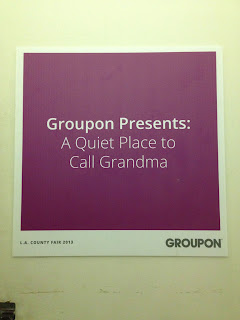 she had an opening act - a band called semi precious weapons.  i'd never heard of them before, but that's nothing new.  anyway, they thought they were pretty awesome. 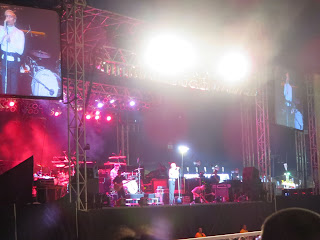 the rest of the audience seemed to agree, although then again, most of them HAD downed a few shots or something that night. 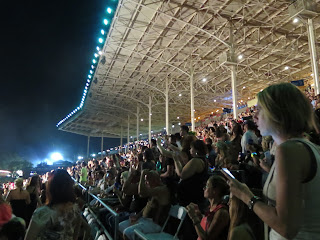 after their set, they announced that they'd be by the concession stand for a meet & greet. 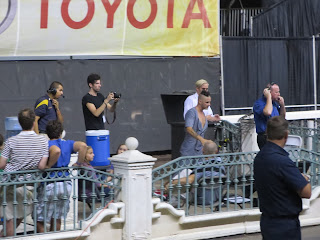 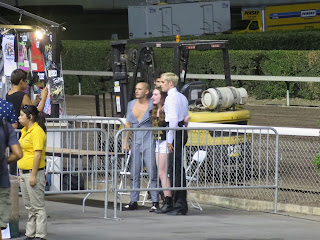 we were all amused at these two, who seemed to take selfies every two minutes.  i'm not kidding.  that camera was pointed at themselves so often, it would've made for a pretty terrific drinking game. 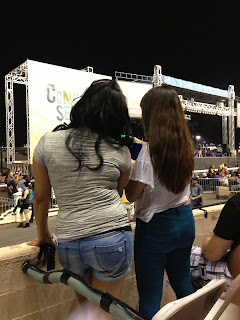 not too much later, ke$ha made her grand entrance. 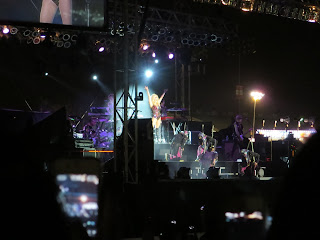 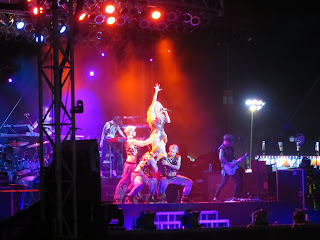 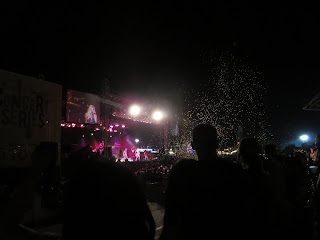 and a giant unicorn piñata, which she beat the shit out of and then attempted to ride.  unsuccessfully, i might add, as she fell promptly on her ass and cheered on lustily by her adoring fans. 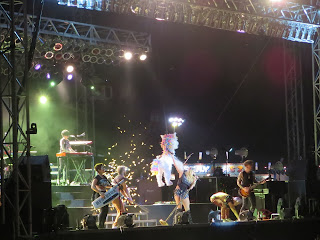 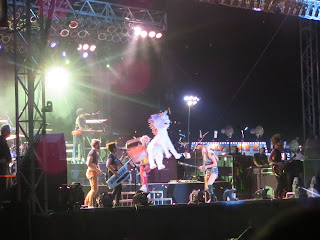 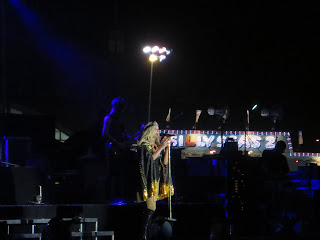 and more, uh, stuff on the stage. 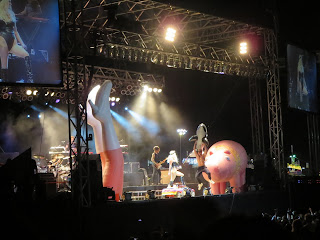 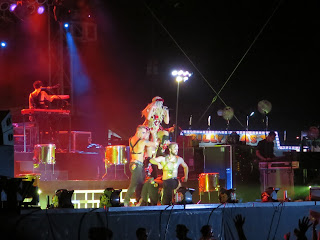 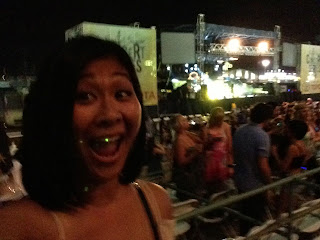 it was truly everything you would expect from a ke$ha show.  dirty dancing, lewd commentary, lots of f-bombs.  totally family friendly, which is good considering there were a good number of kids there.  even scarier?  they sang along to every word of every song.  yikes.

the teen was home with her sister that night, and so i brought her something as a thank-you. 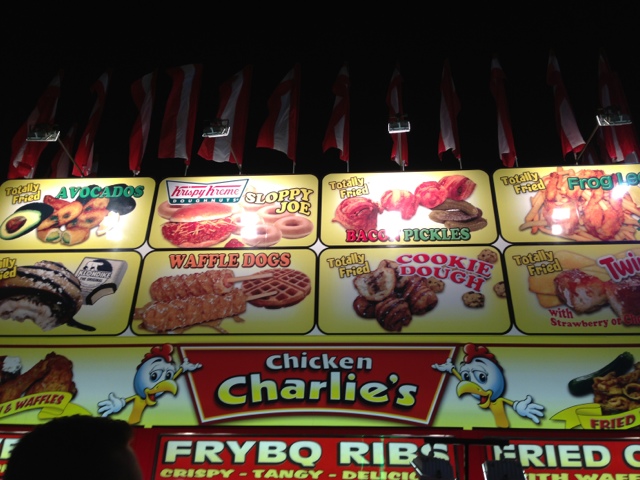 because really, can there ever be too many bacon wrapped deep fried pickles in one's life?  i think not.
at September 16, 2013

Email ThisBlogThis!Share to TwitterShare to FacebookShare to Pinterest
Labels: going to the fair, my friends rock