so do you remember this? 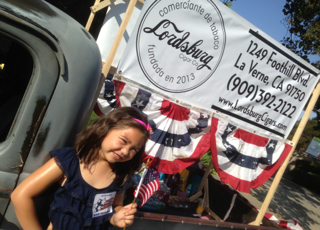 that right there is my kid posing in front of a banner advertising the grand opening of my husband's dream come true. after years of frequenting cigar shops and lounges all over - well, the world, i guess - when an unexpected opportunity fell into his lap, he found a partner and hopped right on it.

it was actually really bizarre how it all came about. out of the blue, the dude who owned the shop just down the street from home decided he'd had enough and closed the doors for good. and then when the hub decided to check out the possibility of creating his own cigar empire he found out that the city had never granted that shop a permit to operate as a lounge. the place was there for like 9 years! crazy.

anyway, he'd found the perfect space to renovate just the way he wanted and was in the 11th hour of lease negotiations when he learned that the (anti-smoking) city planner had zero interest in allowing his permit to go through the approval process. boo.

the next city over was much more enthusiastic about his proposed business. except that now, finding the right space proved to be more of a challenge than he'd anticipated. such a pain in the ass.

but as luck would have it, the stars aligned and the puzzle pieces fell into place just so, and we found ourselves standing in a retail space just off the freeway that had previously been occupied by a smoothie joint. it'd been empty for months, and it was a mess that would take serious work from top to bottom. 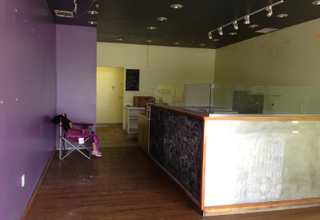 the bean had fun with the chalkboard wall, and we encouraged her to take advantage of it while she could. 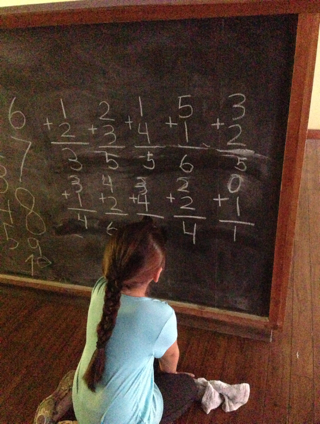 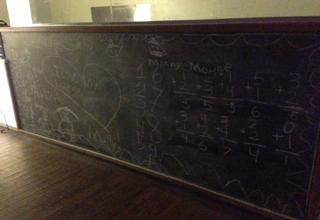 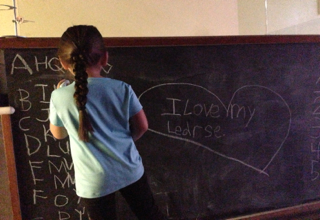 the hub had a very clear vision in his head of what he wanted to do, and although our european vacation loomed in the near future, he lined up contractors and created a schedule for everything to happen while we were gone.

just before we took off for london, the place looked like this - a disaster: 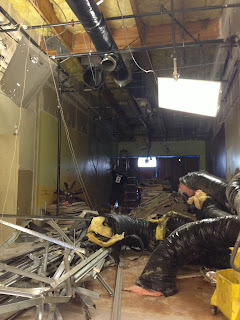 crazy, right? and while it wasn't exactly shipshape when we returned two weeks later, there was some definite progress. the walk-in humidor was almost done: 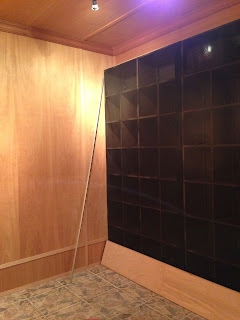 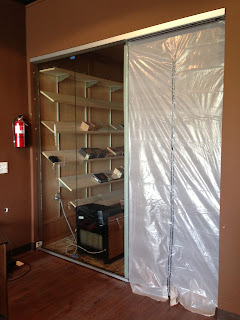 flooring was in place. 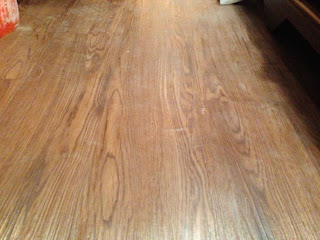 and seventy-two lockers were ready and waiting to be filled with hand picked selections by the eventual club members. 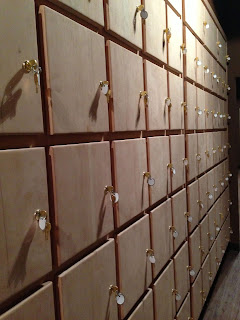 a ton of hard work went into this place, a lot of it done with the hub's own two hands (plus a ton of help from friends and fellow cigar enthusiasts). by the time the day of the soft opening rolled around, it looked like this: 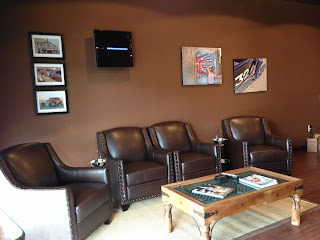 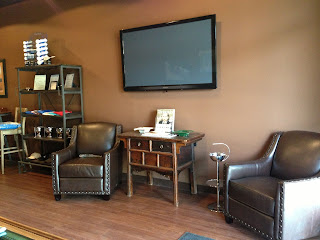 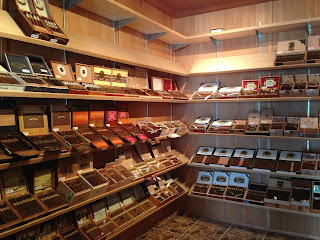 the name of the shop, by the way, comes from the original name of la verne, the city it's located in.  not a lot of people know that, and i thought it was quite clever.  then again, i think everything the hub does is pretty fantastic, so there's that. 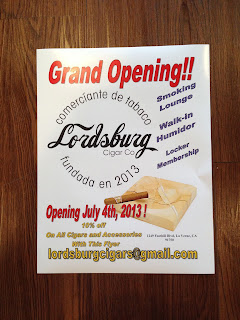 i liked the jar of personalized mints for stinky cigar breath. after a very successful evening and a special pre-opening friends & family party, we were excited to finally put this up and officially open for business: 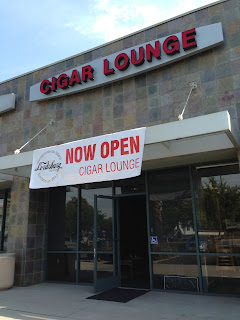 it's been two months since the grand opening, and every day brings more and more new faces through those doors. while family time has definitely been affected by the flurry of activity, the shop is only a couple of miles away. the staff seems to be working out nicely, and the hub and his partner have figured out a schedule that leaves them both with a decent amount of time to spend with their loved ones.  i'm so proud of the hub - he put in hours and hours of hard work plotting, planning, demolishing, building, painting, etc. and has created one of the nicest lounges i've ever seen.

oh - and apparently, i'm not completely biased, because check this out!  a reporter from cigar aficionado magazine stopped in and did a really nice review of the shop, which was on the front page of their website for about a week: 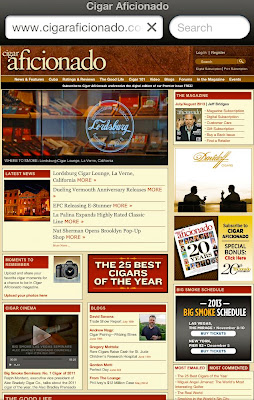 Email ThisBlogThis!Share to TwitterShare to FacebookShare to Pinterest
Labels: grand opening, the hub is the best