the bean's first soccer game was this weekend.  they'd managed to get in at least three practice sessions beforehand, so she still didn't really know what to expect.  and she woke up feeling pretty nervous, trying to talk us into letting her skip it.  ha!  we explained the whole team concept to her, and then dangled a stop at nearby donut man to get her up and at 'em.  hey, whatever works, right?

somehow, we'd lucked out and gotten scheduled for an early game - 9am.  we were among the first to arrive, and put our chairs out so that we weren't facing the sun. 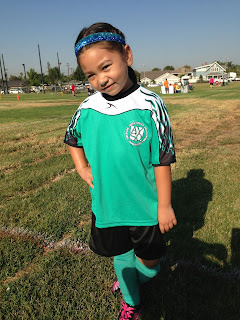 as the rest of her teammates showed up, they got in a good bit of practice before game time. 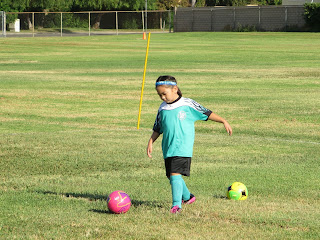 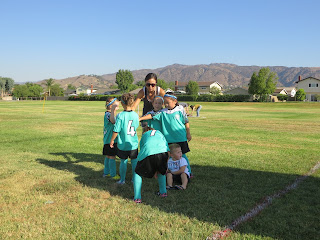 it didn't take long before her nervousness faded away and she started to have fun.  and it was really exciting and amazing and awesome to watch my girl get out there and get after it.  i mentioned before that she's more of a passive, people-pleaser kinda kid and doesn't really have much aggression in her.  but i'm pretty proud to report that she proved me wrong this time - she really pushed herself and got all up in the mix, going after the ball and helping her team score goal after goal after goal. 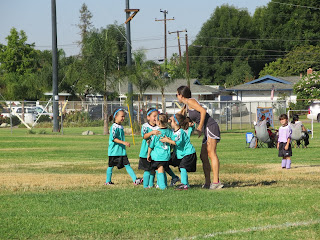 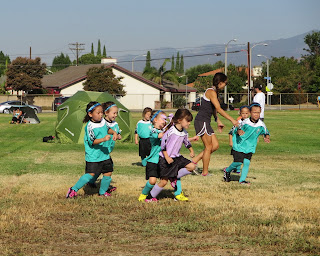 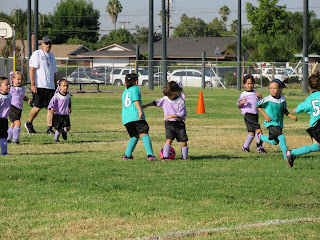 they don't keep score at this age, although our team was passing around a "goal jar" - every time they scored, everybody dropped a quarter in and the money would go towards the end-of-the-season team party.  the girls worked their tails off and kicked the ball into the net enough times for some people to run outta change.  it was seriously so cute to watch.

this is right before she slammed it in for the final goal of the game.  oh, i was one proud soccer mom. 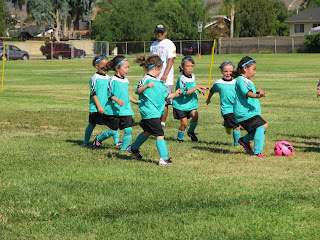 after four quarters that lasted only eight minutes apiece, it was all over.  high-fives all around! 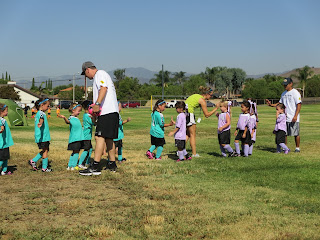 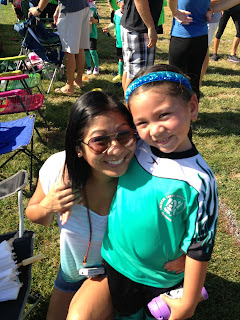 during a trip to michaels, i found some ribbon that matched their jerseys perfectly.  and because those sparkly headbands, while cute, didn't really work so well, i scooped it up to make some hair bows for the girls.  there's only six of them, so i figured it wouldn't take that long.  after hitting up pinterest for some tutorials, i gathered my supplies: 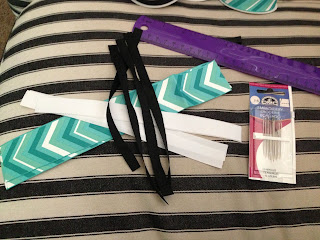 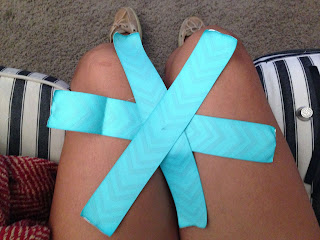 folding each end towards the middle and then sewing them all together left me with this, the first layer. 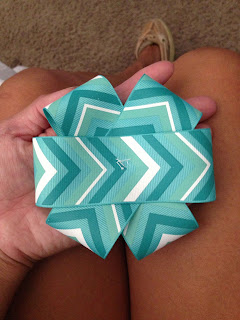 after two more layers and a bit of bling, i was done. 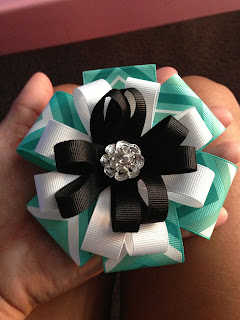 i don't think it took me more than about ten minutes to do the whole thing.  i hope the coach likes them. practice is thursday, so i plan to bring them so maybe they can wear them to the next game.

also, hey, it's my birthday.  i'm seriously bummed that i'm not as excited as i usually am this time around, but this bronchitis crap has really put a damper on things.  sadness.
at September 18, 2013