don't call it a comeback

so i've done my fair share of whining about this bronchitis and how it's kept me from being able to do...well, pretty much anything. with a half marathon looming in about a month, this was definitely not a good thing.  and not just any old half - the nike women's half in san francisco, one that i'd tried unsuccessfully to gain entry to several times in the past. i refuse to lose out on my chance to run it, dang it.

anyway, i'd registered for the girls on the go 5K months ago. the teen and i actually signed up as a mother-daughter team, and put the bean in the kids' 400-meter dash.  and even a couple of days prior, i was still having trouble catching my breath after putting laundry away. ugh.  but after a couple of nights of sleeping with a humidifier right under my nose and busting out that inhaler every four hours as prescribed, i found that i was feeling pretty damn good.  the cough was still there, but not as bad as before, and i no longer had trouble taking a deep breath.  and so the day before the run, i decided to head to the expo and pick up our bibs...just in case. 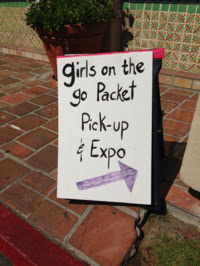 i checked out the course and the timeline for the day's events, and decided that maybe it was finally time to get out there and give it a shot. 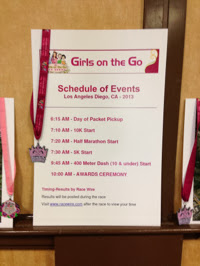 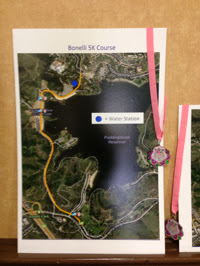 not to mention, i wanted that pretty medal. i hadn't earned one for the month of september yet, and this was my chance. i promised the very concerned hub and teen that i'd take it slow and easy, and busted out a new running toy my friend delovely details picked up for me. 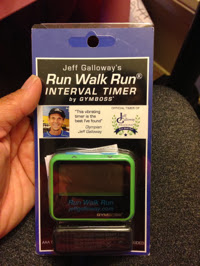 it's a little box that helps with interval training - so it beeps and vibrates every so often to tell you when to start running and when to slow down to a walk.  you can program it for your preferred intervals, and i decided to go with the 30/30 timing that we'd used at the run disney meetups.  nice and easy, just as i promised.

the teen was happy to sleep in and drive over with her sister later that morning for the kids' run, and so the next morning saw me up bright and early and in running clothes for the first time in three weeks. i can't lie, i was feeling pretty anxious. i hadn't felt like that before a race in forever, and i just hoped i could get through it without dying. 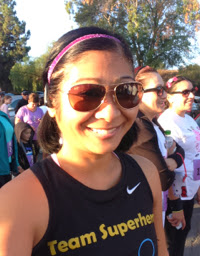 i got there just after the half marathoners took off, and my run was up next. i'd timed it well and only had about ten minutes to wait with e rest of the 5Kers. 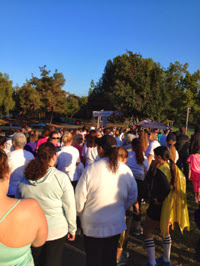 i got my green box all ready, turned on my headphones, and gave myself a little pep talk as we were released onto the course.

the weather has been absolutely glorious over the last week, and with this being the first official day of fall, it was a perfect day for a run.

the course started off with a nice downhill stretch. this made my jogging intervals much easier to deal with, and i felt really good.  except that i knew it was an out-and-back loop, so i'd be paying for it on the way back to the finish.  no worries. i just tried to relax and enjoy the fact that i was finally out for a run. 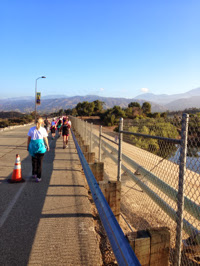 as i huffed and puffed along, i passed a couple of girls - one who grinned at me and said "hey! i know you!"  i smiled and said "you do?" and felt bad because i didn't recognize her at all.  she said "i read your blog! hi, wan!"  so cool.  totally kept me smiling for the rest of the run. if you're reading this, i'm so sorry i didn't think to get your name and take a picture with you!  hopefully we'll run into each other at another local race. see what I did there? "run." i crack me up.

before i knew it, i was a third of the way done. 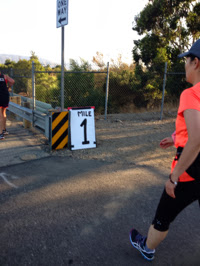 also, this was a welcome sight. 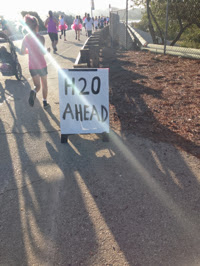 to my left, i caught a glimpse of raging waters, our local water park.

i'd somehow forgotten to bring a piece of gum or even a mint, so i was more than ready for a little hydration. 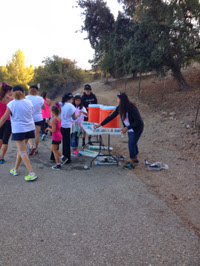 just beyond that was the turnoff onto a dirt road for the half marathoners and 10K runners. 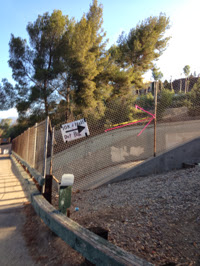 and then i was halfway done as i hit the u-turn and headed back the way i'd come. 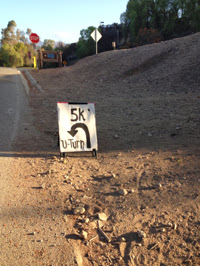 there were a ton of costumes, but i only snapped a couple of them since i was too busy focusing on getting through it. 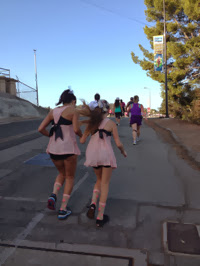 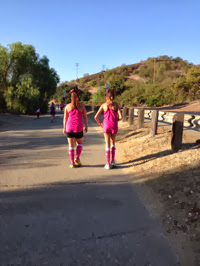 sure enough, the second half was mostly uphill. i managed to keep up with my running intervals for the most part, but my nike running app told me that my pace was definitely super slow compared to my usual.  i tried really hard not to let it get me down and instead reminded myself that i was coming off of a long break. and then there it was: 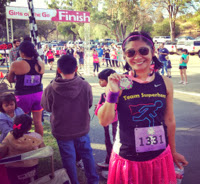 as of right now, i don't have any other races on the calendar before the big half near the end of october. i suppose that's okay. i really need to ease my way back in and try to get in some long runs between now and then.  i'm just gonna have to resign myself to the fact that i won't be doing it for time but merely to finish without getting swept. bah! wish me luck.
at September 23, 2013