an apple a day

yesterday was johnny appleseed's birthday.  i'm not exactly sure why exactly, but the kindergarten classes at the bean's school are big on acknowledging this.  it was the first class party of the year, and since i'd signed up as one of the class photographers (and co-room mom), i got to go and hang out with the kiddies.  well, along with what seemed like half the kids' parents.  in a classroom of 24 kids that's already fairly crowded anyway, it was quite the cluster in there.

since i've been on a DIY hair bow kick lately, i decided that she absolutely had to have special clips for the occasion. 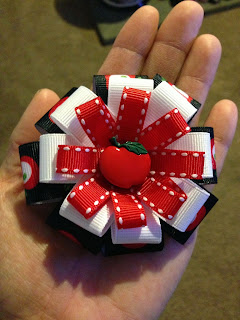 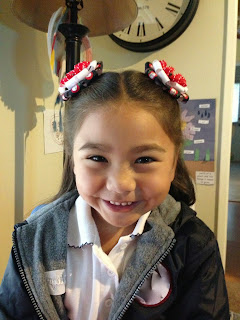 and made her fun sandwiches for lunch. 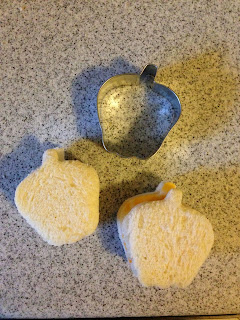 the teen thought it would be fun to come and help out too. 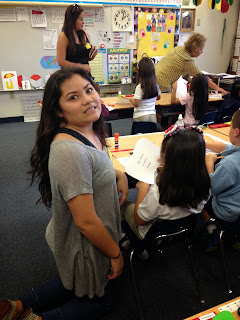 we roamed around the room, helping the kids as they cut, colored, and glued a couple of fun crafts. 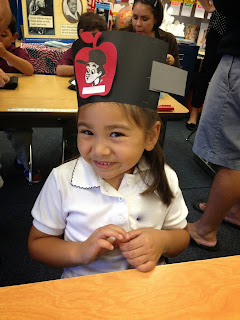 they were all super excited to make their own caramel apples, too.  now, the easiest way to make those is to shove a stick in an apple and dip it into lovely hot melty caramel.  but these are 5- and 6-year olds we're talking about.  that'd be quite the recipe for disaster.  so instead, we had sheets of flattened caramel rounds that they wrapped around the apples.  except that they were rather cold, which made them hard to work with.  and so we distributed the wax paper-covered caramel sheets to everyone and had them sit on them to warm them up a little.  comedy. 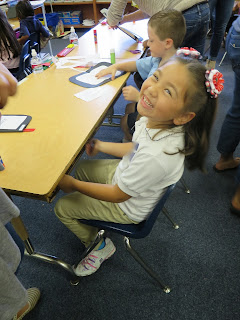 there were also individual hot apple pies from mickey d's for each kid.  uh...yum? 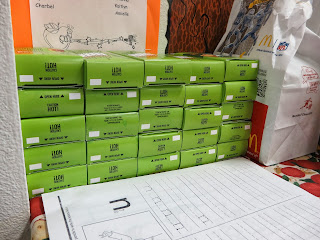 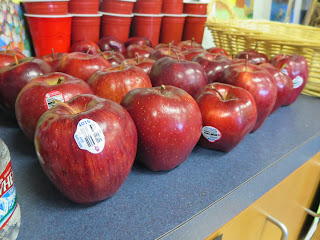 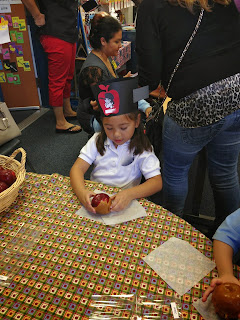 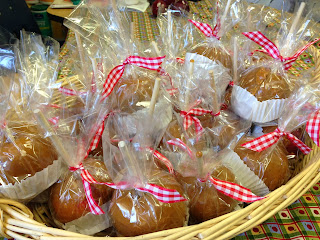 there were so many people in that classroom, the teen and i kind of hung out on the sidelines and played with some of the stuff on the counters. 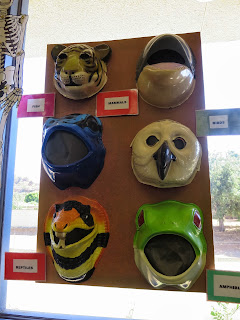 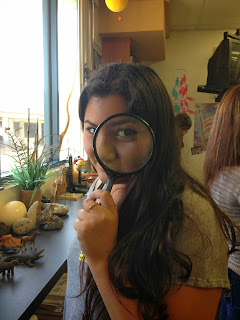 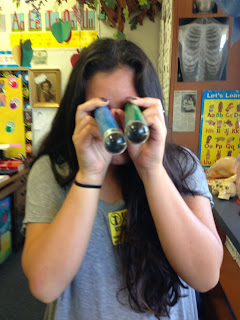 tell me this thing isn't creepy as all hell.  you'd be a damn liar. 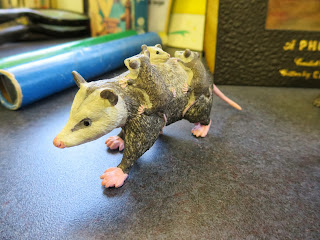 when all the fun stuff was done, the kids were released for afternoon recess and the parents were dismissed.  we managed to catch the bean for a quick photo before we left: 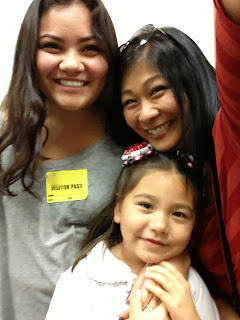 the biggest bonus out of all this is that the bean has decided that she likes apples after all.  since she's like her mother and doesn't typically touch fruit with a 10-foot-pole, this is a fabulous breakthrough.  last week, she learned that ranch dressing is pretty tasty after all.  let's hope that this new adventurous streak continues, yes?
at September 27, 2013

Email ThisBlogThis!Share to TwitterShare to FacebookShare to Pinterest
Labels: caramel makes everything better, the bean is a party animal