the bean is a busy girl.  she's got lots of activities to keep her busy and active, although she had yet to get involved in any kind of team sport. 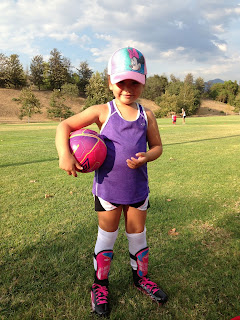 now, if you're a seasoned soccer mom, one look at that picture will tell you that i am...not.  heh.  when i saw the other girls, in my head i was all "hey! they make socks with the shin guards built into them?"  and when i realized what i'd done wrong, all i could do was shake my head and apologize to my kid for being lame.  luckily, she didn't seem to care as she was focused on figuring out what the hell she was supposed to be doing.

she's not the only newbie on the team, and her coaches are really sweet and patient with her.  first, some warm-up: 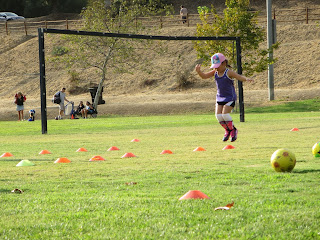 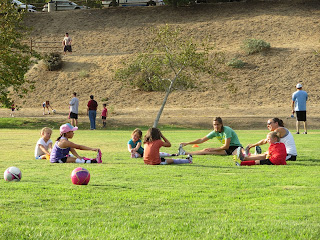 and because we apparently live on the surface of the freaking sun these days, a water break. 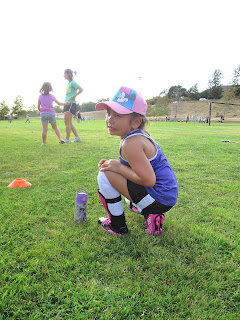 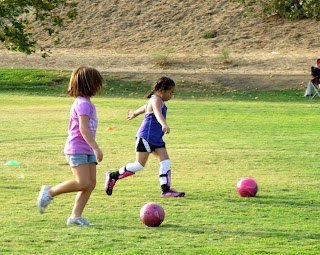 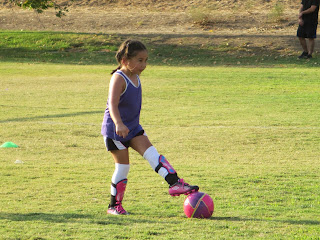 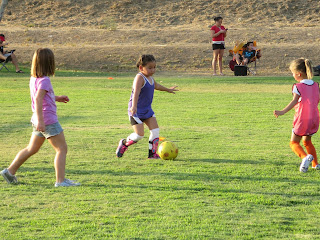 she noticed that the others were practicing their cartwheels in between their turns at whatever they were doing, so she decided to join in. 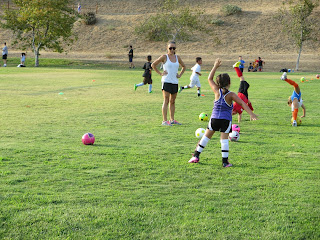 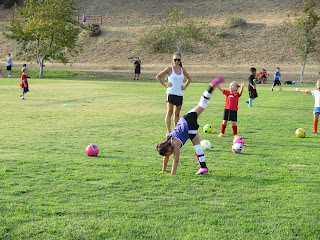 in the meantime, the teen and i were on the sidelines on a blanket and trying to keep from melting. 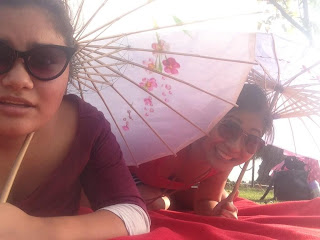 i'd actually picked up this crazy chair at costco for this purpose, but when i posted it on facebook the other seasoned soccer moms pretty much pointed and laughed at me.  not that i really care, but i figured i'd scope out the lay of the land during the first practice to see for myself. 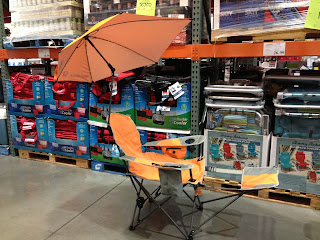 time for a little scrimmage (did i use that right?  hell, i don't know)!  we watched the bean mix it up a little and struggle a lot with the whole contact sport thing.  she's usually such a passive kinda girl - like hey, you want the ball?  here, you can have it.  we're gonna have to toughen her up a little. 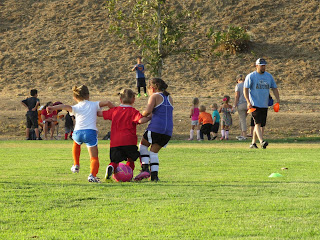 all done!  hands in, girls. 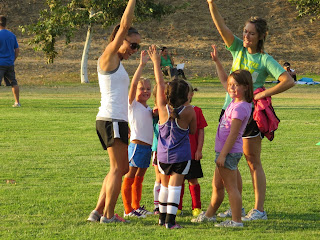 for her second practice, i got it right. 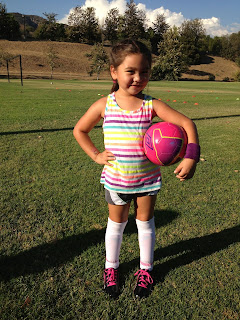 she was a little more nervous this time, knowing what to expect, but she went in with a good attitude and tried to have some fun. 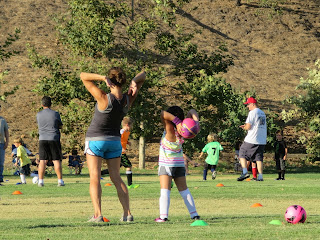 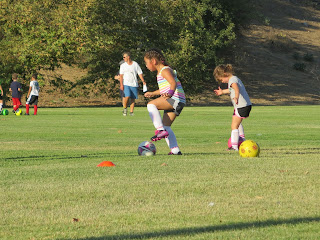 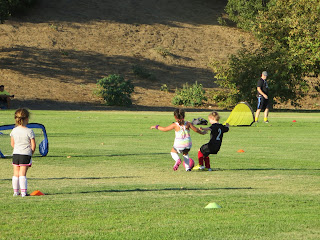 coach tried to give her a little lesson on getting aggressive.  still gotta work on that. 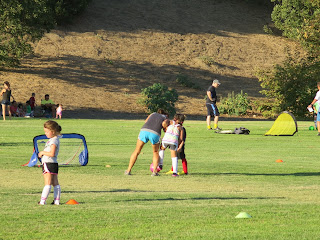