the second shindig in our frozen-themed party doubleheader weekend was for the bean's BFF, mini cee.  she was so excited to celebrate mini cee's 5th birthday, and we were among the first to arrive.

lilcee had managed to snag a sweet spot in a somewhat secluded, semi-private park near pasadena's cal tech.  they'd also scored with the most perfect weather possible - sunny, breezy, temps in the 70s.  it was a glorious day.

it was comical to see the kids flip their shit when elsa arrived at the far corner of the park.  they all scurried towards her like moths to a flame. 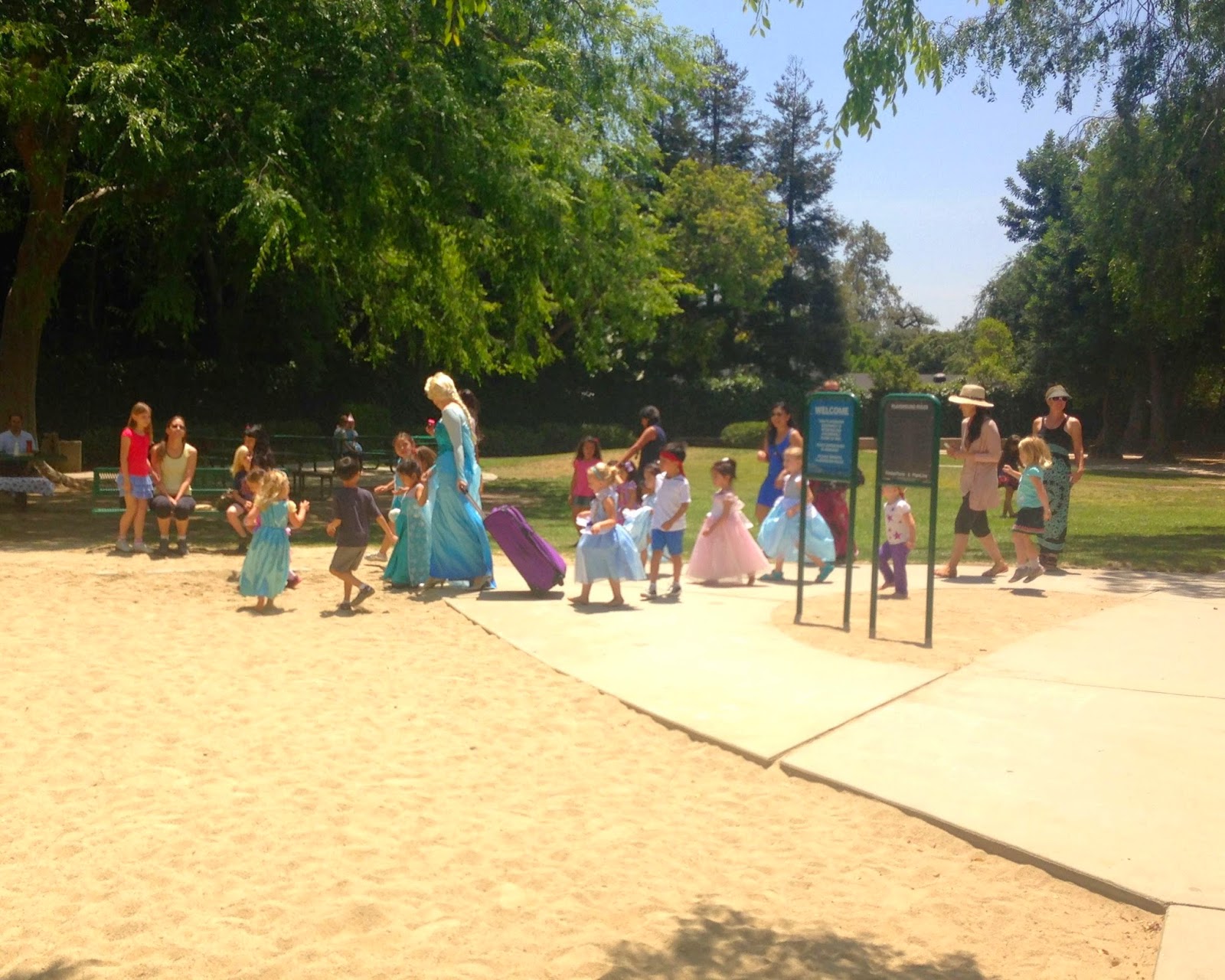 even though she'd just seen "elsa" at a party just the day before, the bean was swept up in the excitement of it all.  apparently, she was really worried that elsa's cape would get dirty. 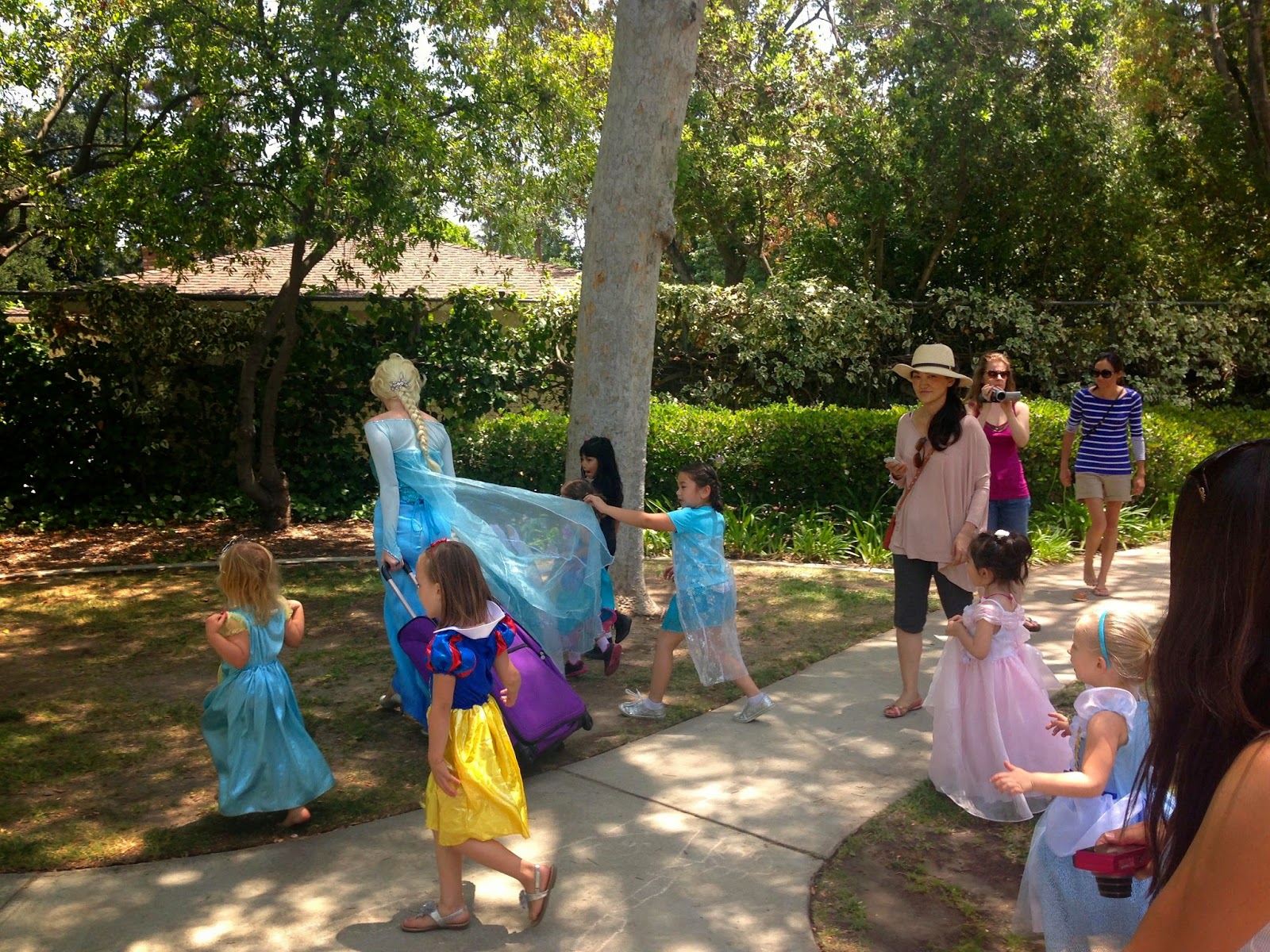 and i've gotta say - out of the, oh, five-ish elsas we've seen over the last six months, this one was the best.  she knew how to handle those kids and they were like putty in her hands.  they listened to her and tripped all over themselves to do her bidding.  she rewarded them with a fun story. 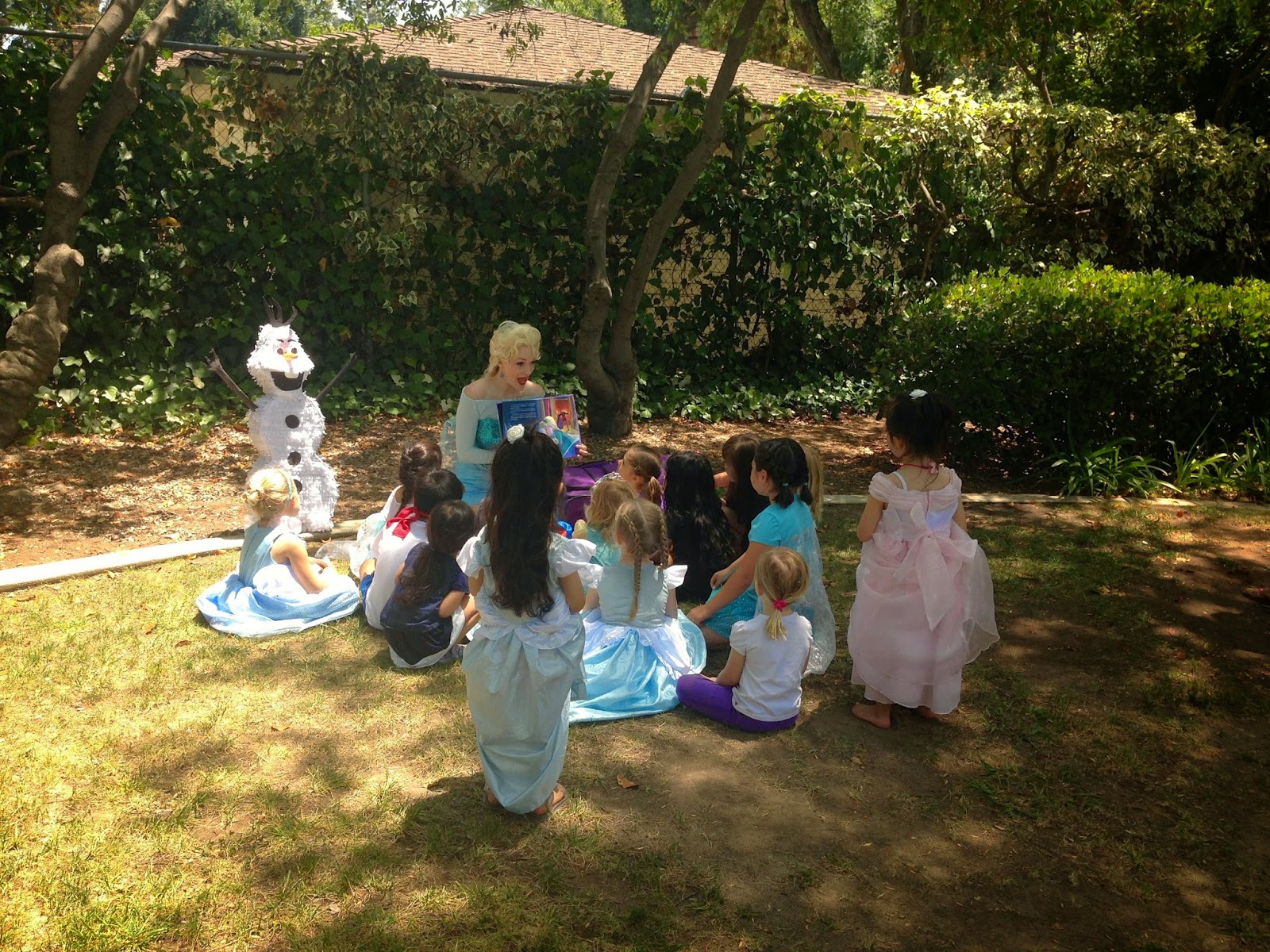 meanwhile, the adults were milling around taking pictures, snacking, socializing.  the dessert table that lilcee put together came out (unsurprisingly) beautifully: 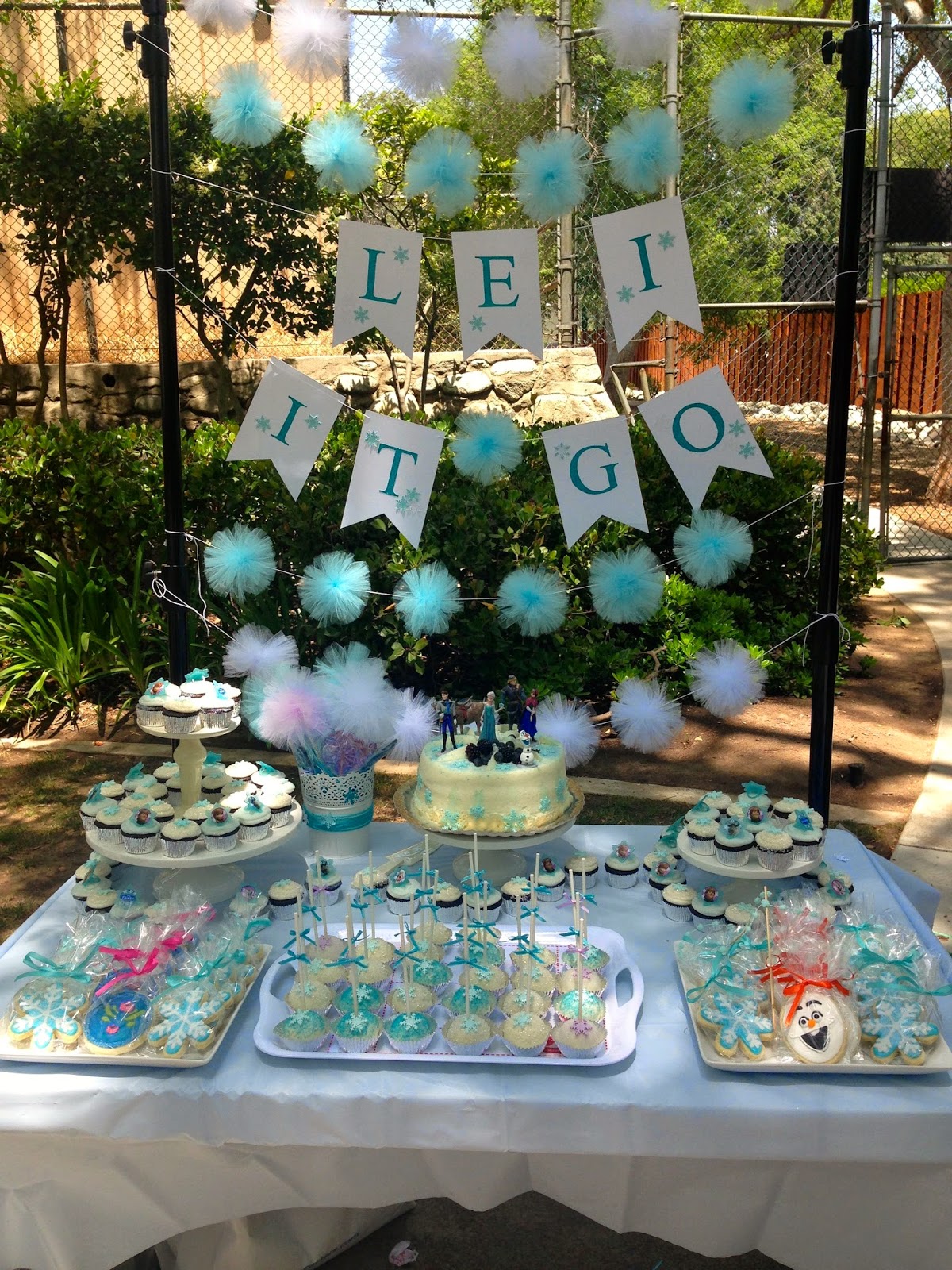 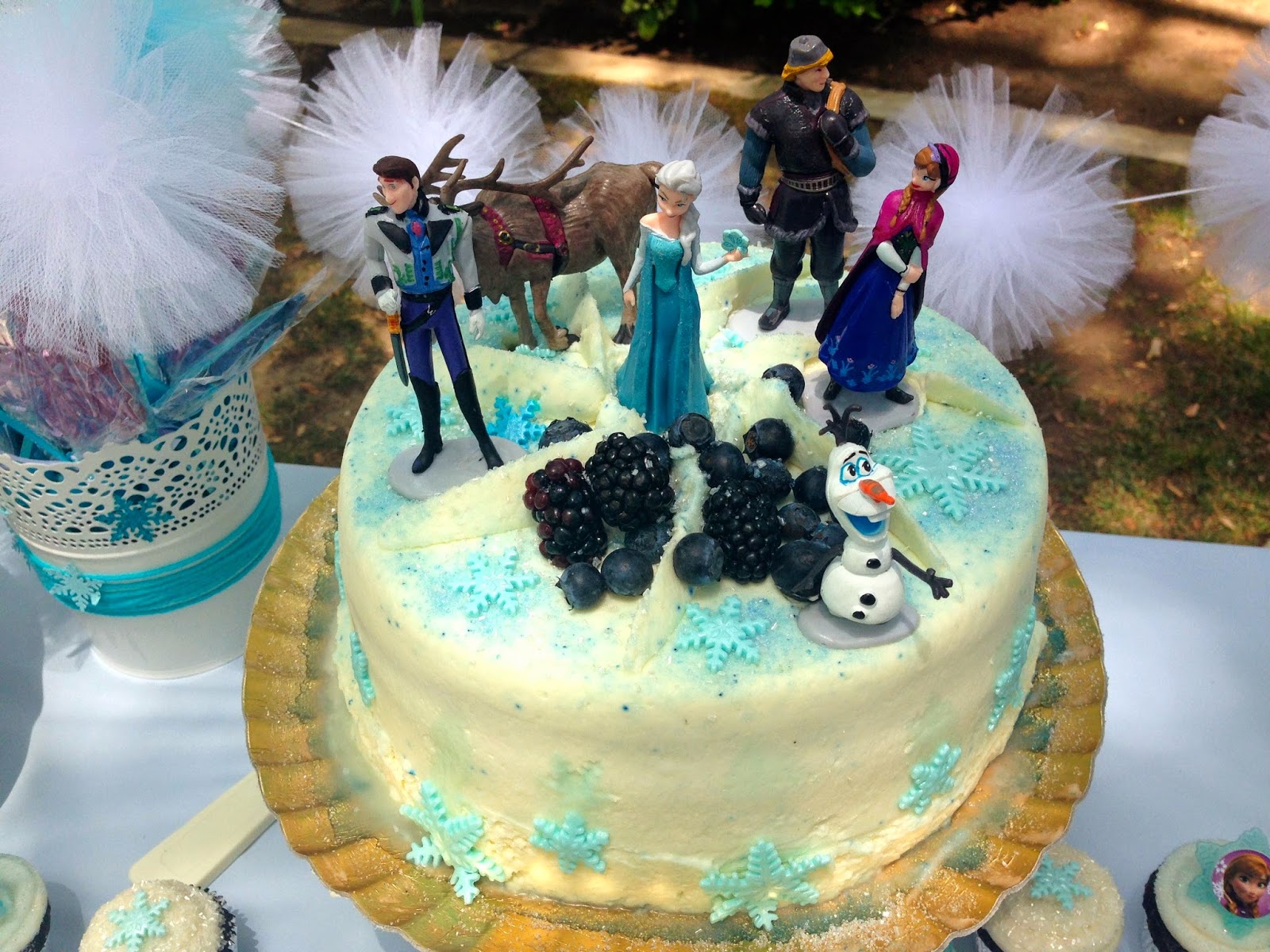 with the birthday girl distracted by her many guests, the bean and nanette's em got the chance to spend some quality time together. 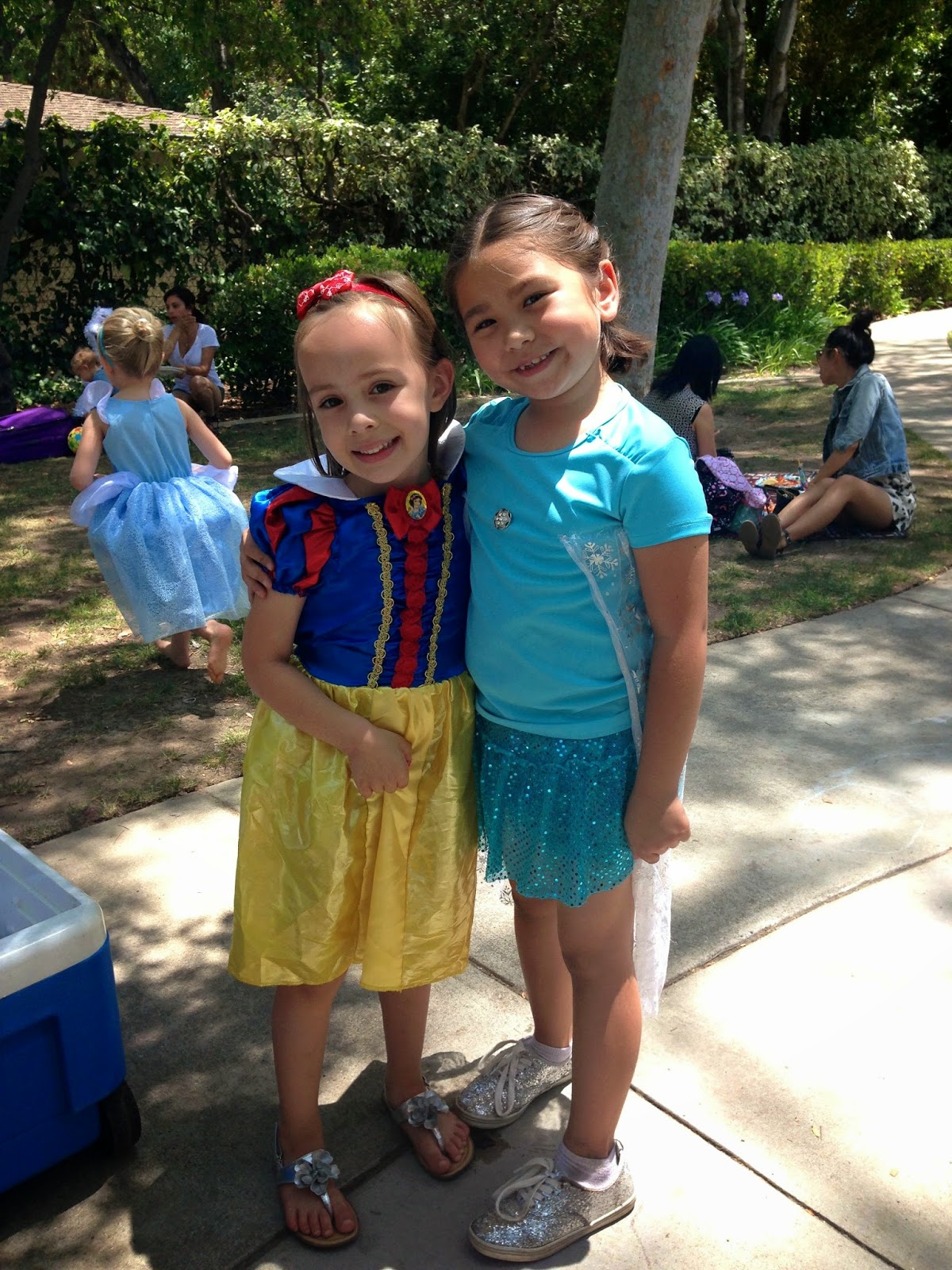 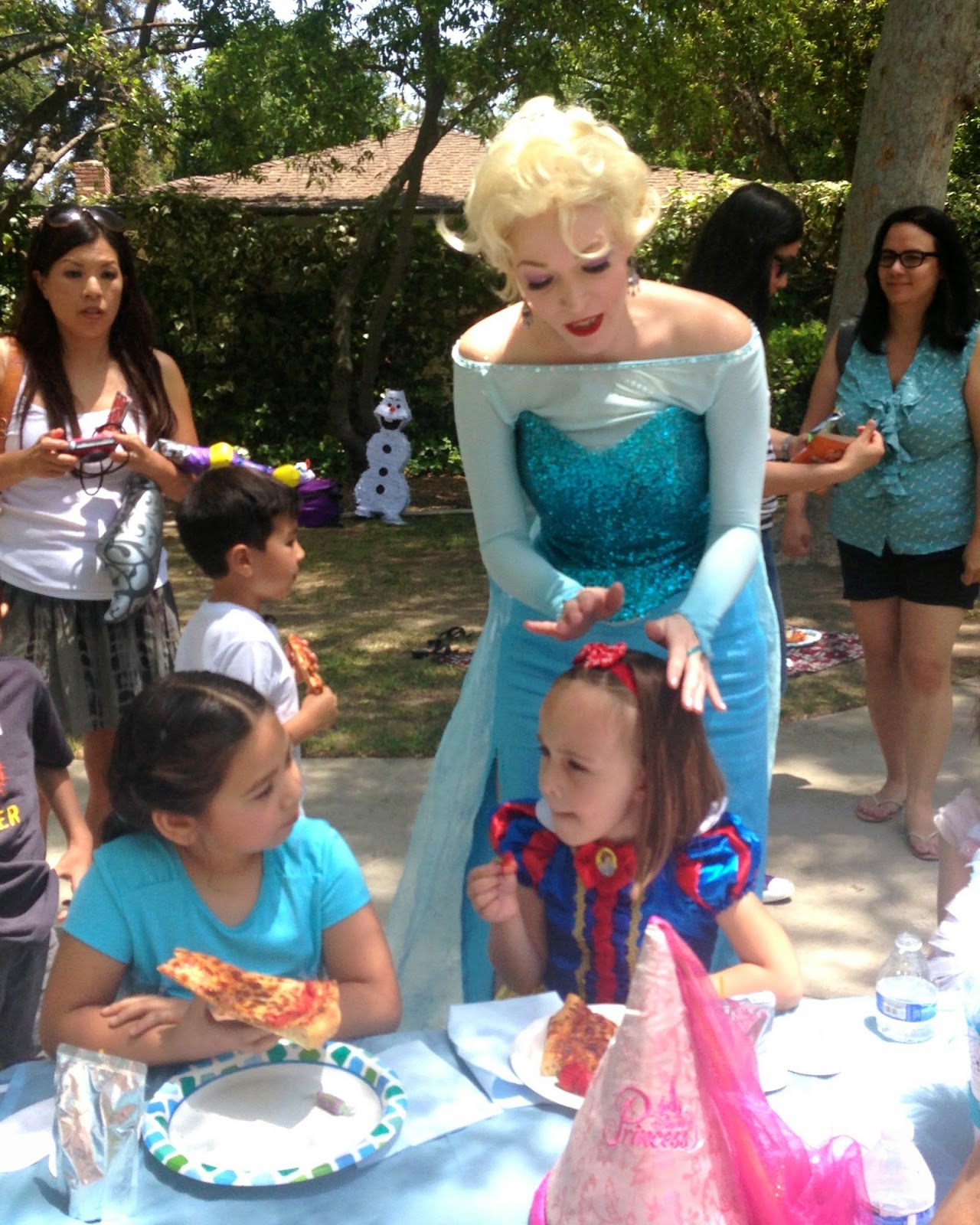 when it was time to do some face painting, that elsa pulled out another neat trick that avoided a long line full of squirmy, impatient party guests.  she whipped out a washable marker and assigned each kid a number, and that's the order in which they were called up for their turn.  so simple.  so smart. 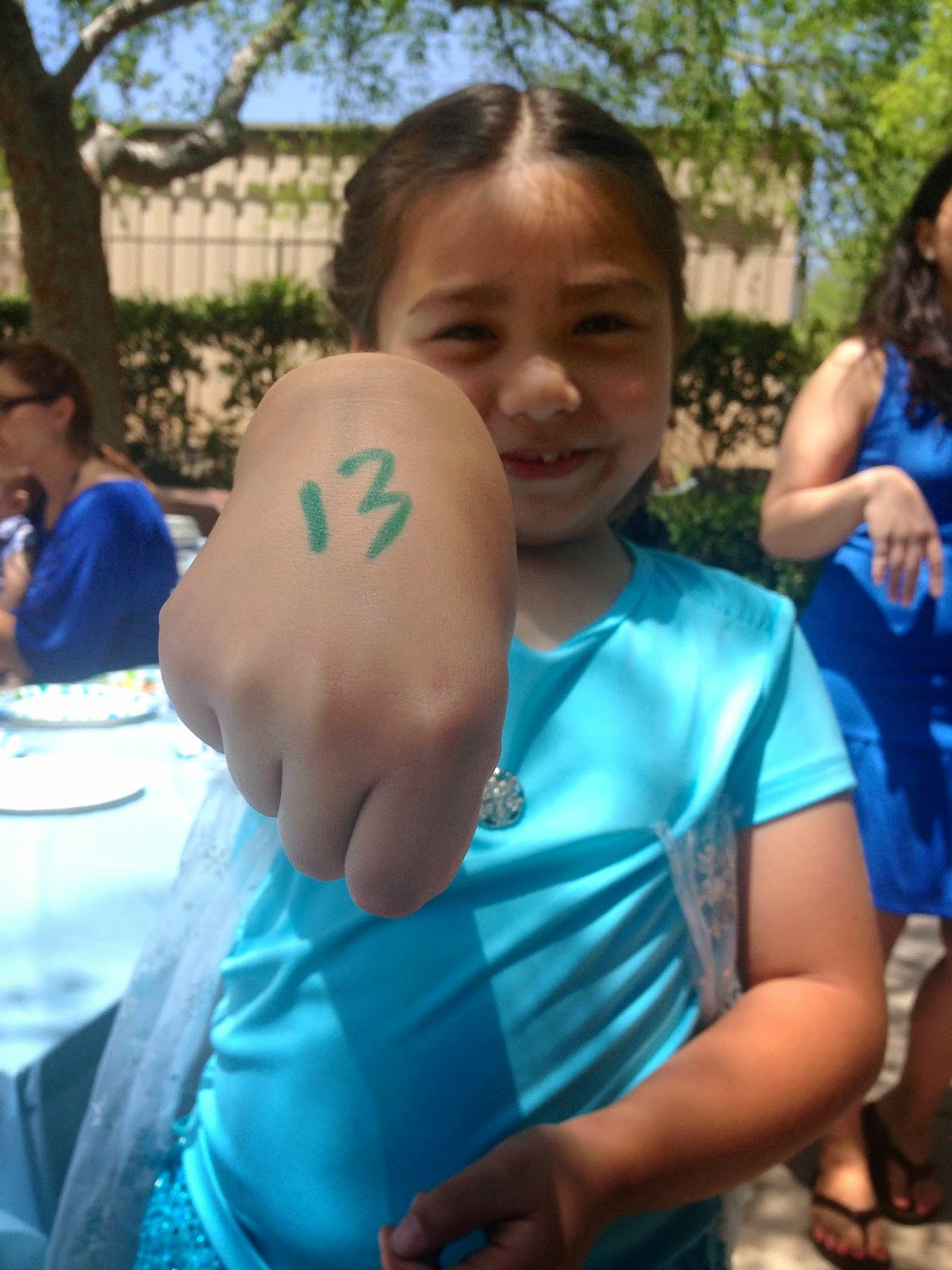 the bean was obviously very concerned about her friend and hovered anxiously nearby as she got her face painted. 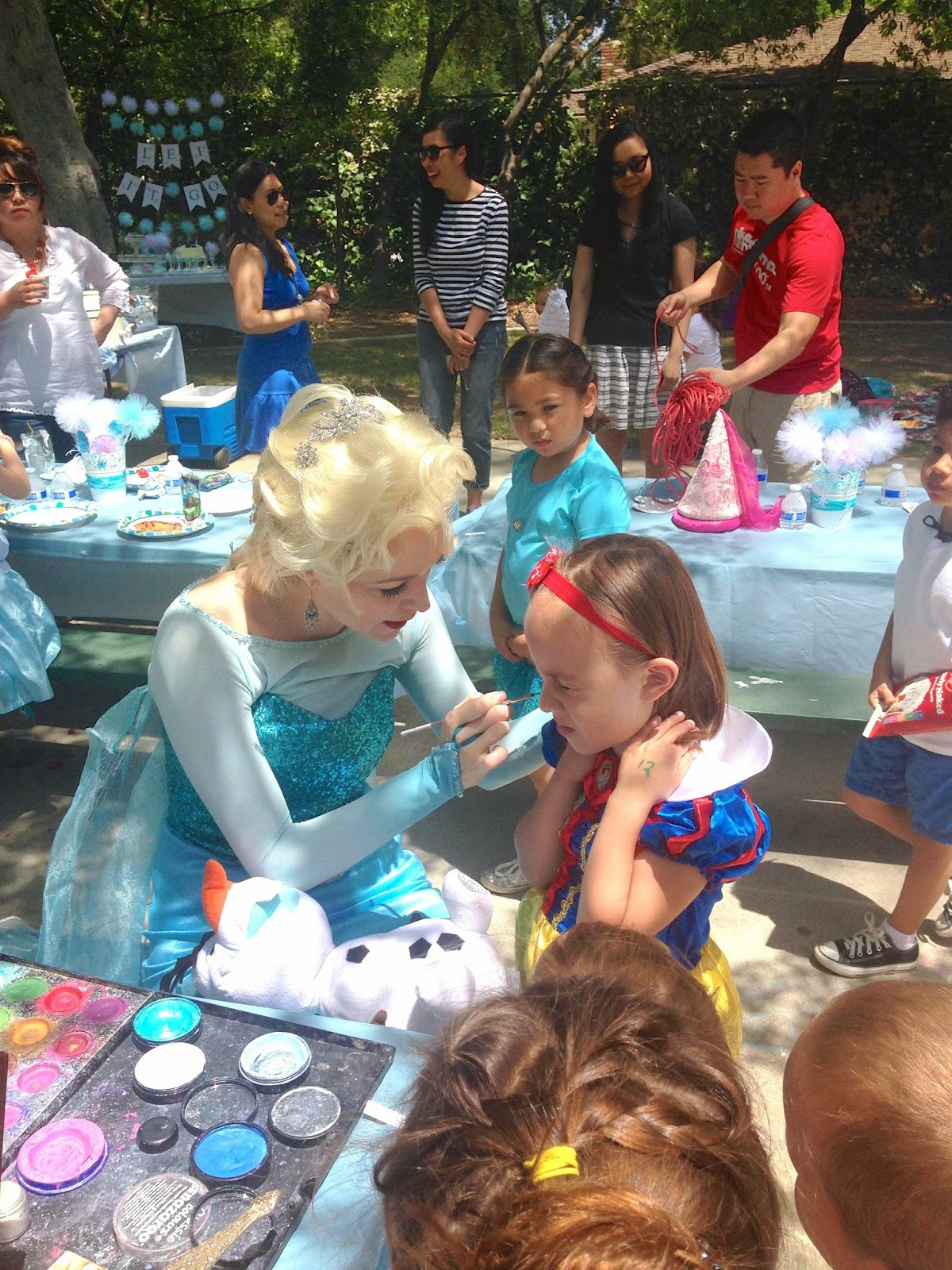 then it was her turn for some face time with the ice queen.  they bonded for a minute before elsa got down to business. 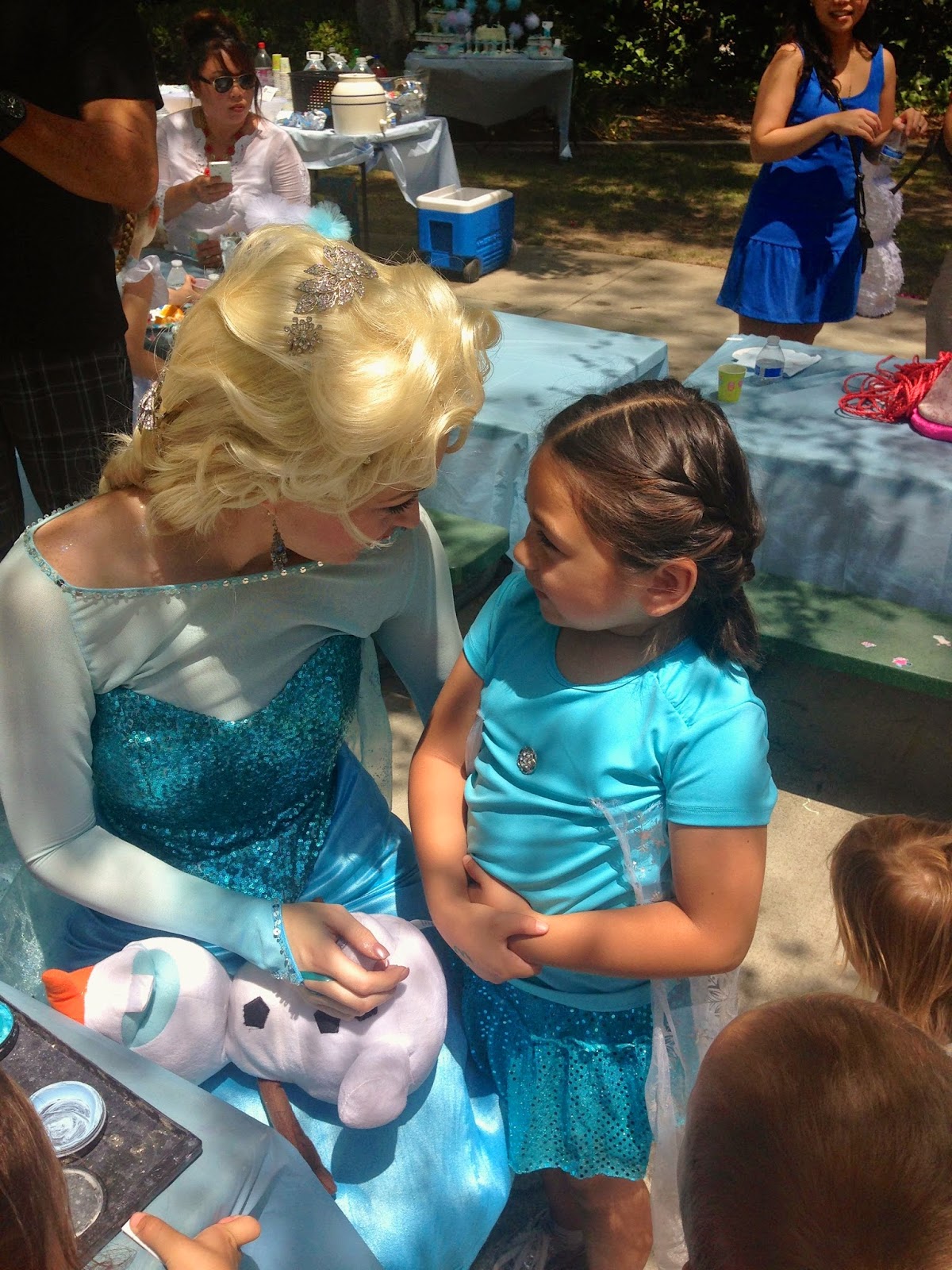 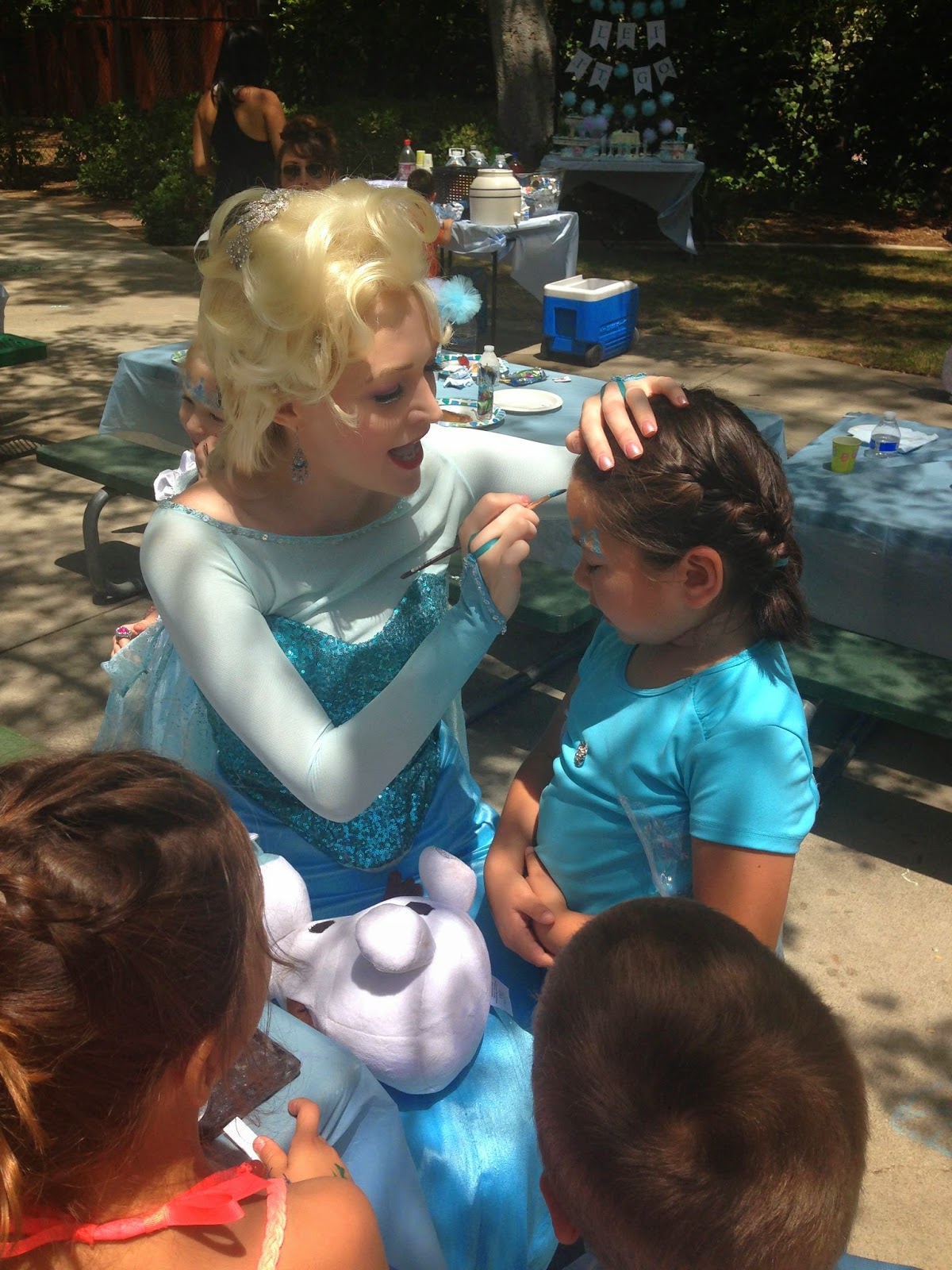 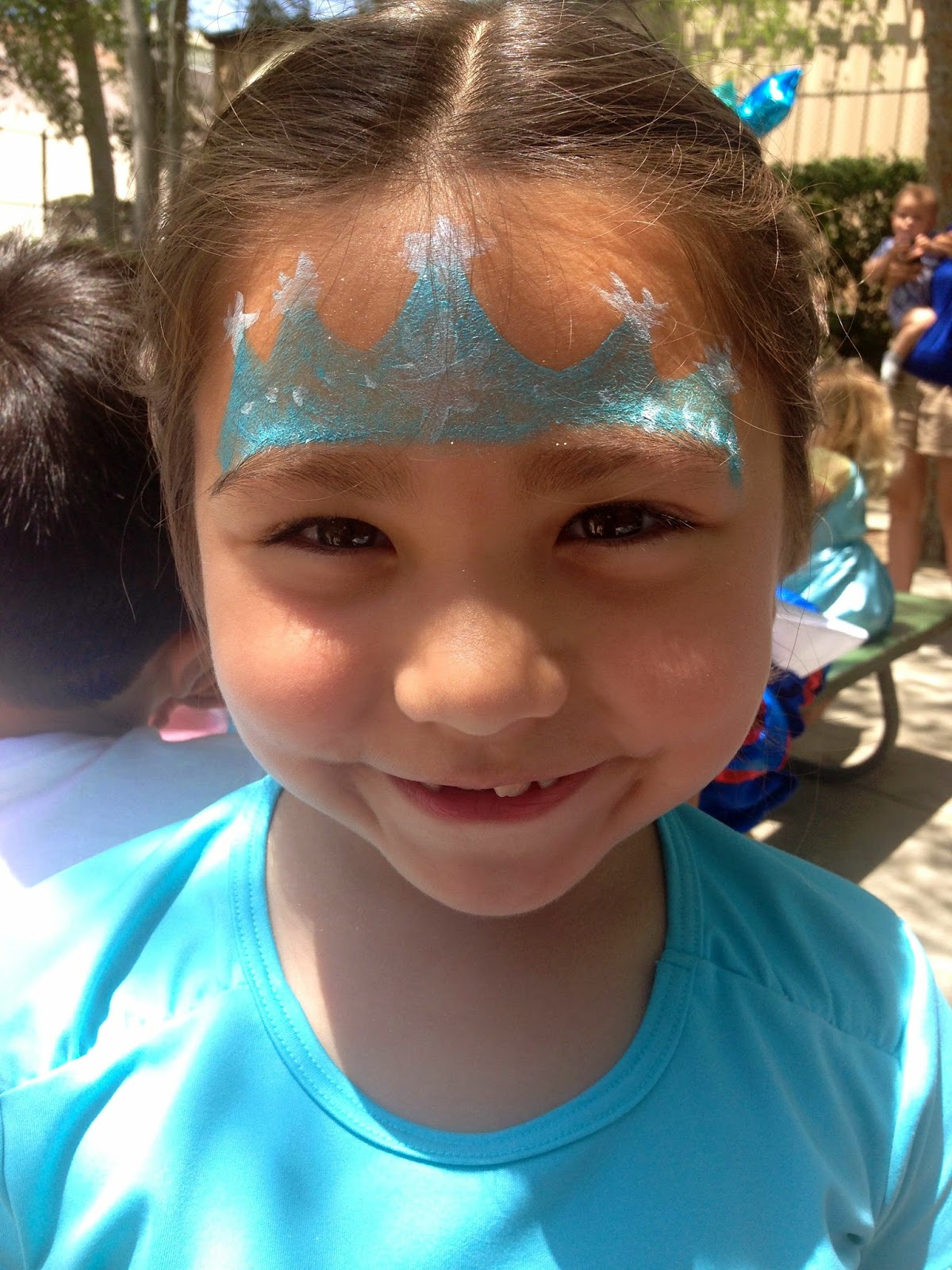 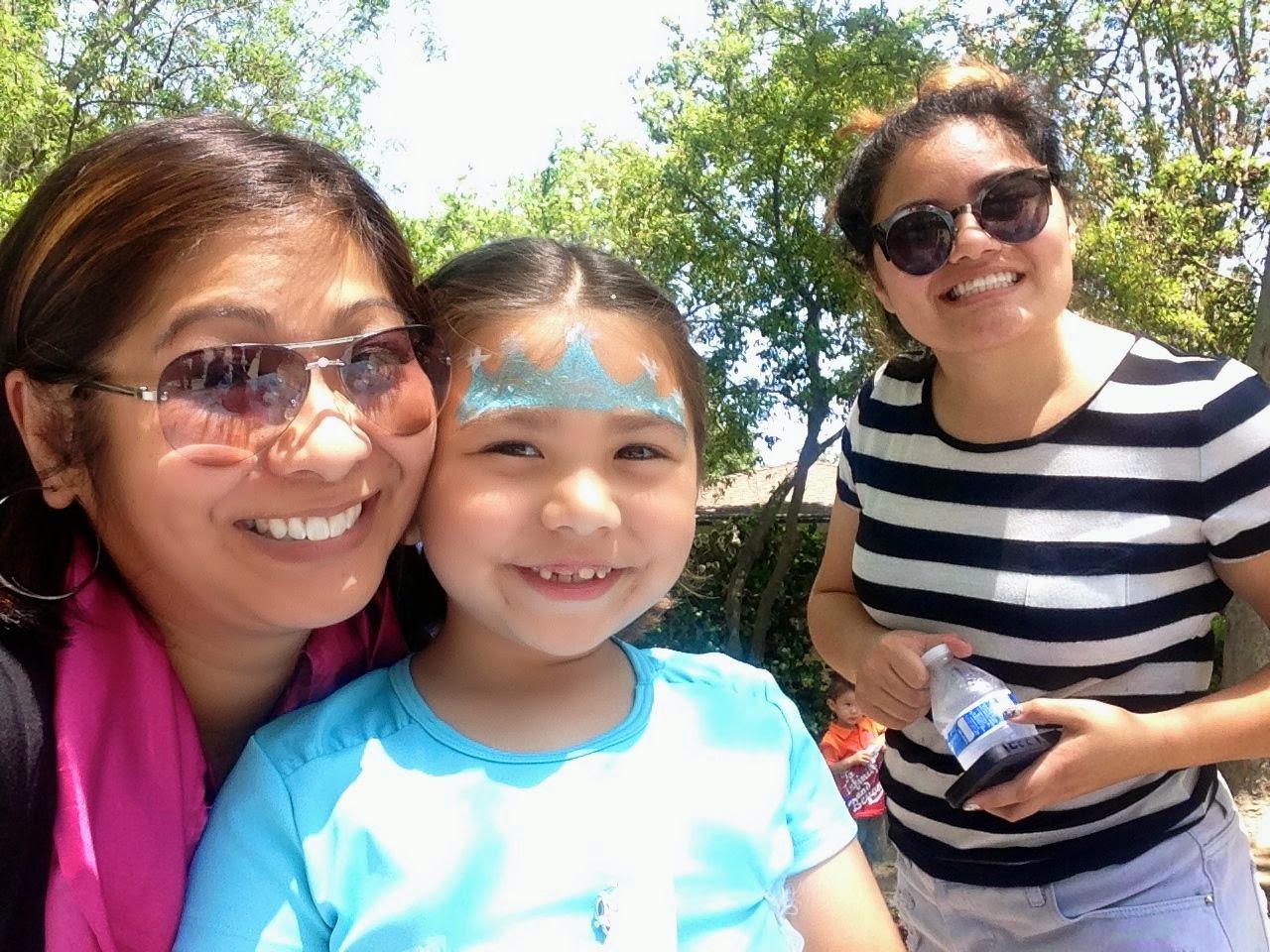 why yes, i sure did choose my outfit carefully that day.  i busted out an ensemble in the same colors as elsa's sister anna's costume.  it's what the true disney geeks call "disneybounding" - since adults aren't typically allowed to wear costumes to the parks, a lot of people get around it by donning getups reminiscent of their favorite characters.  don't judge me.  i don't do it very often. 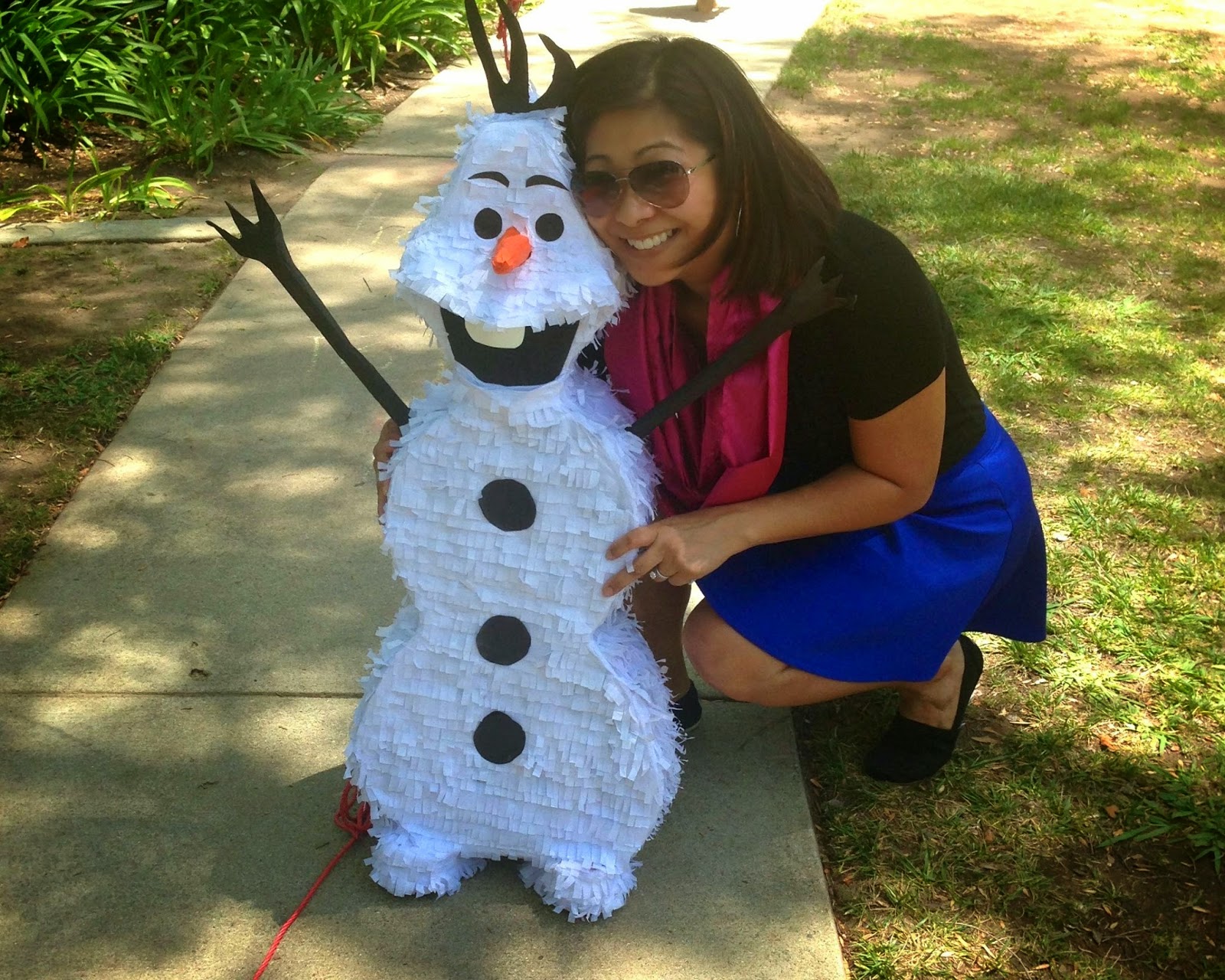 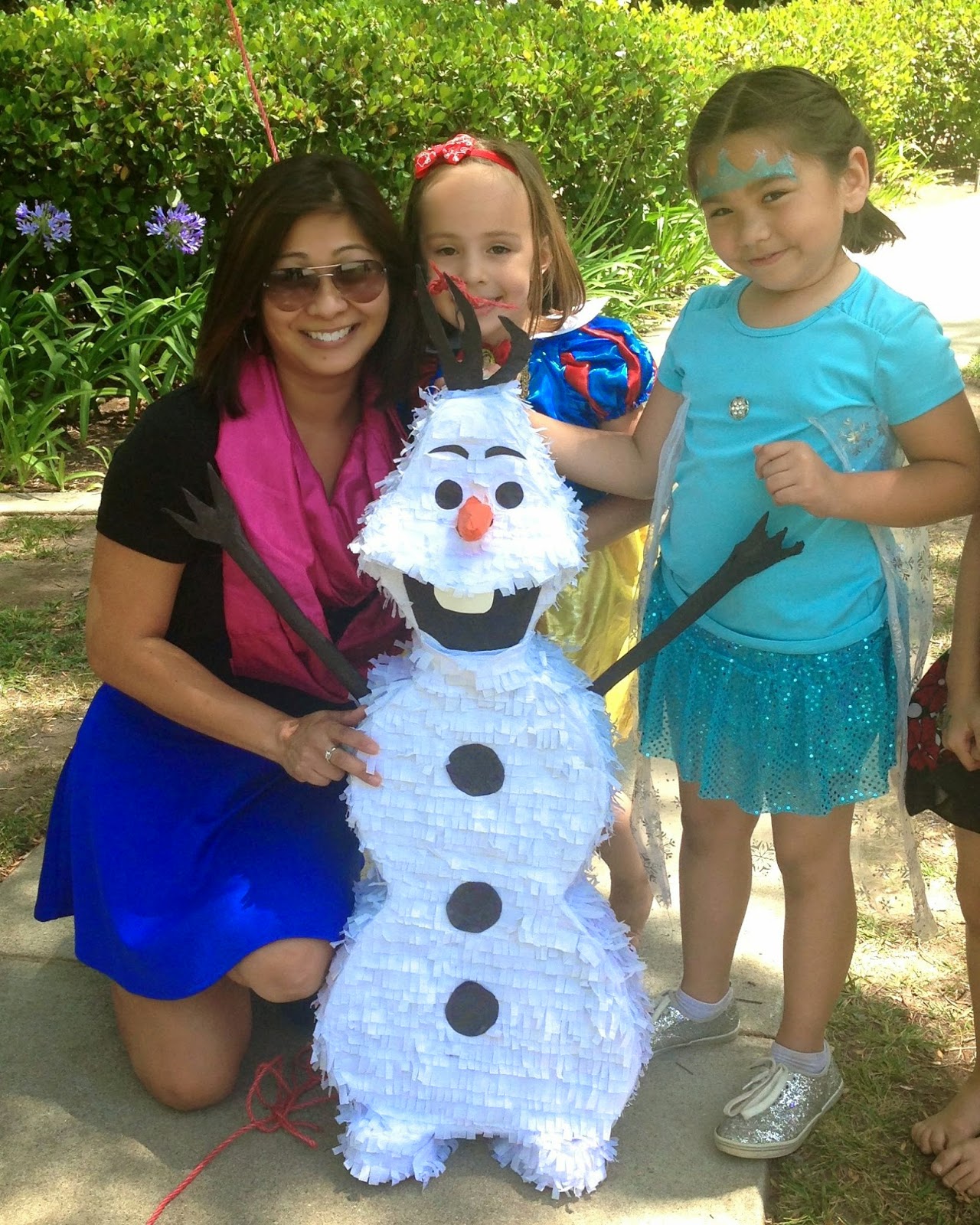 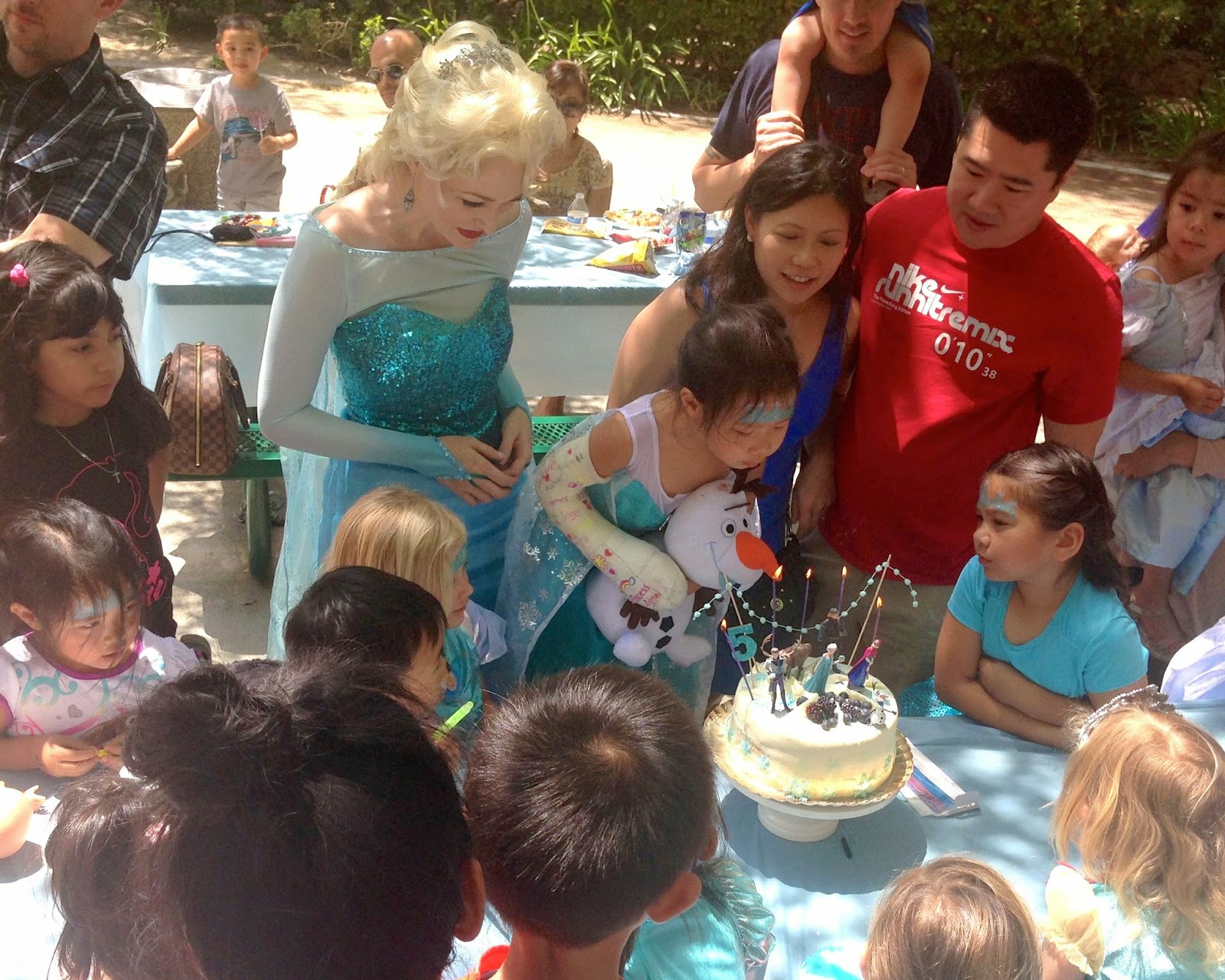 with a chunk of dry ice and a good cooler, lilcee had even managed to acquire and keep cold three gallons of locally-made fosselman's ice cream.  good stuff, man. 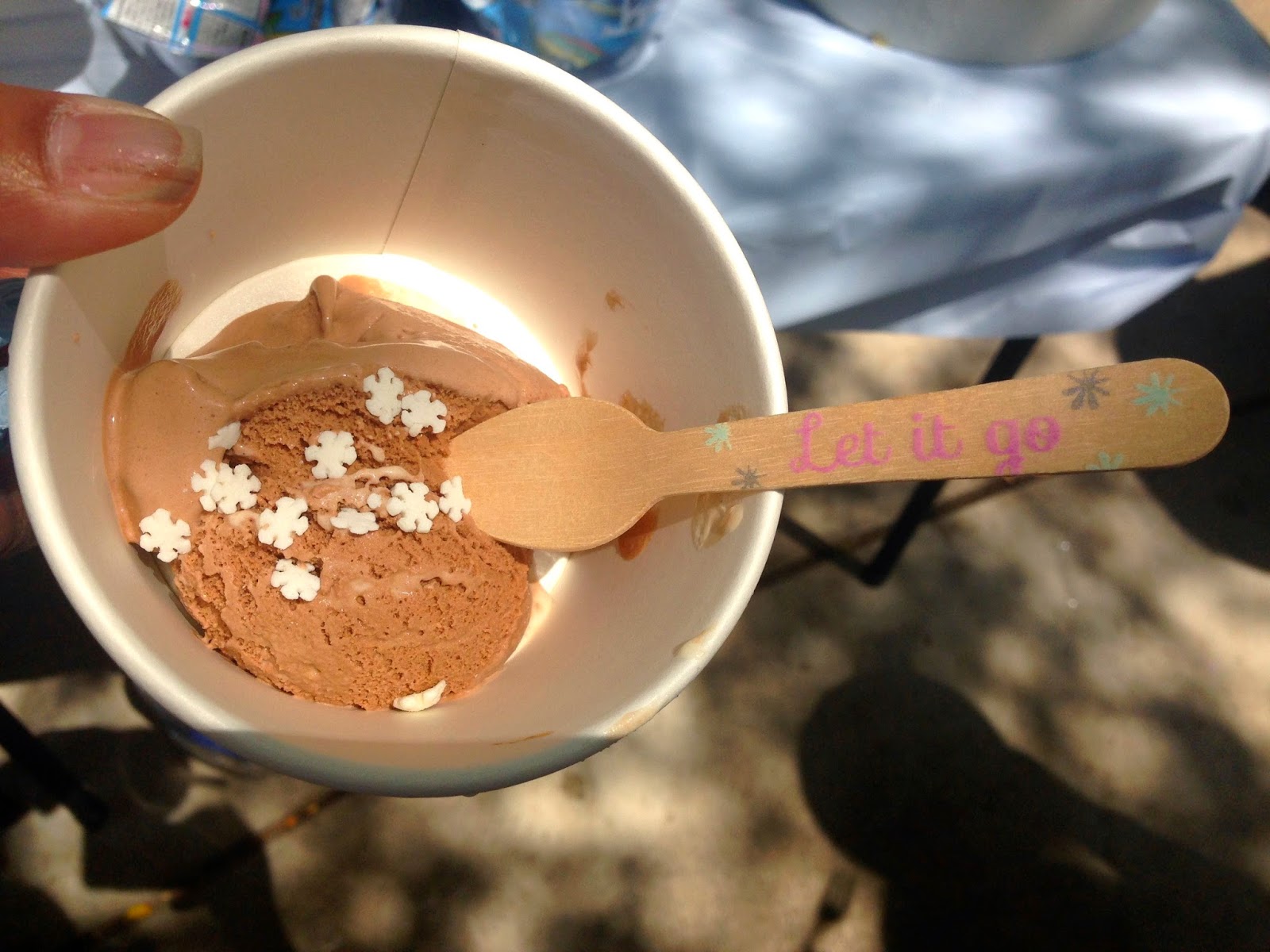 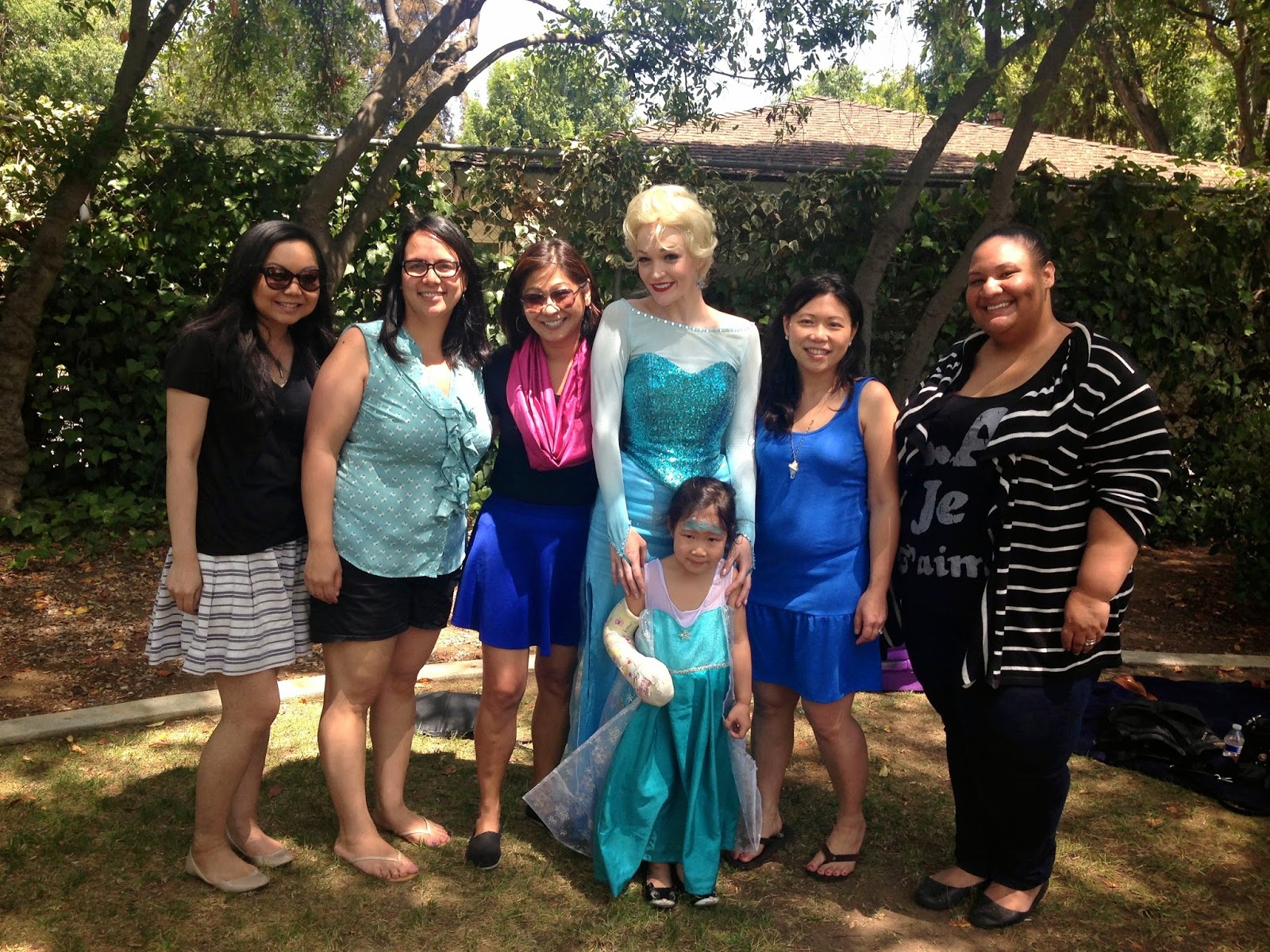 then it was piñata time.  the bean did a pretty good job of smacking the shit outta olaf. 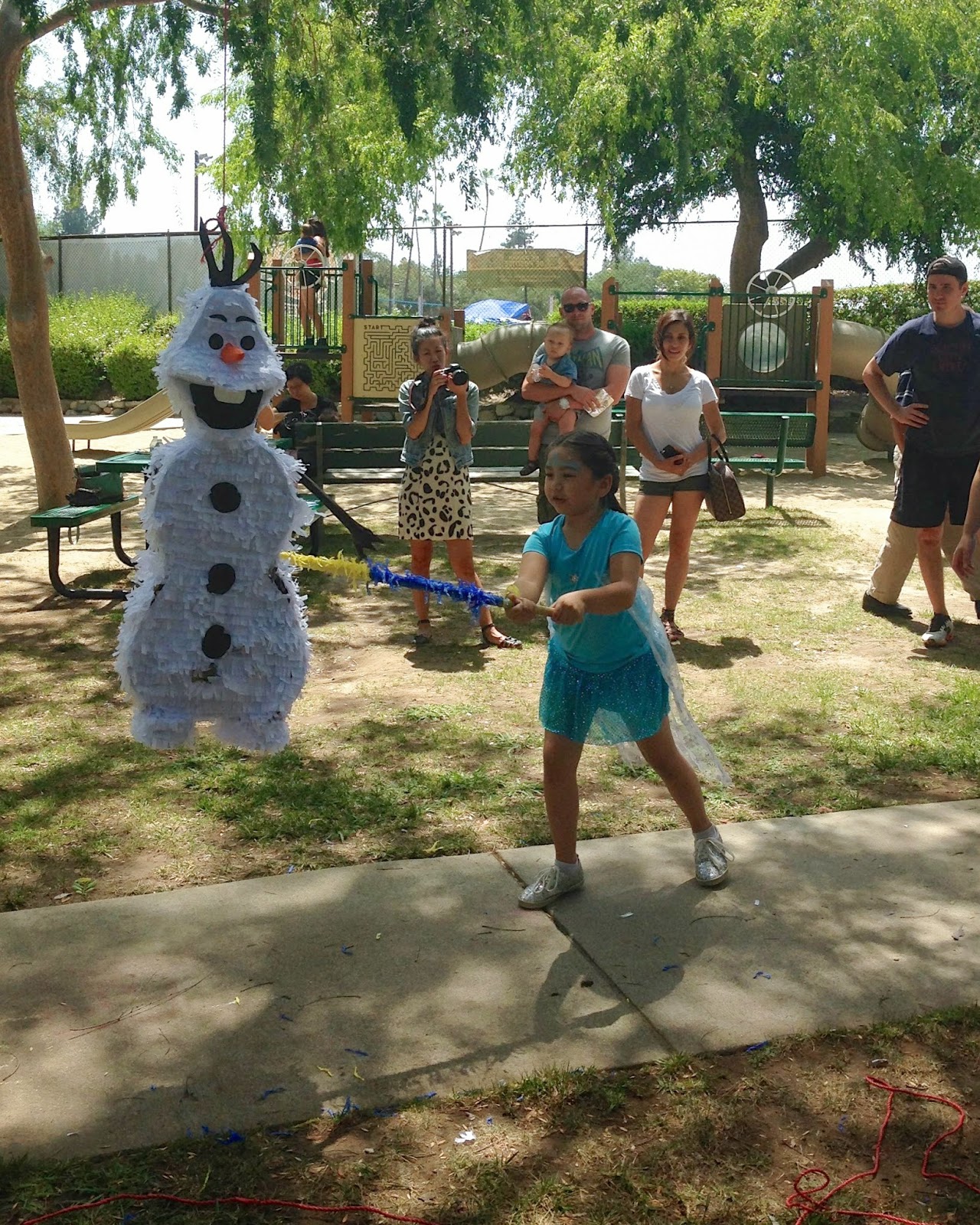 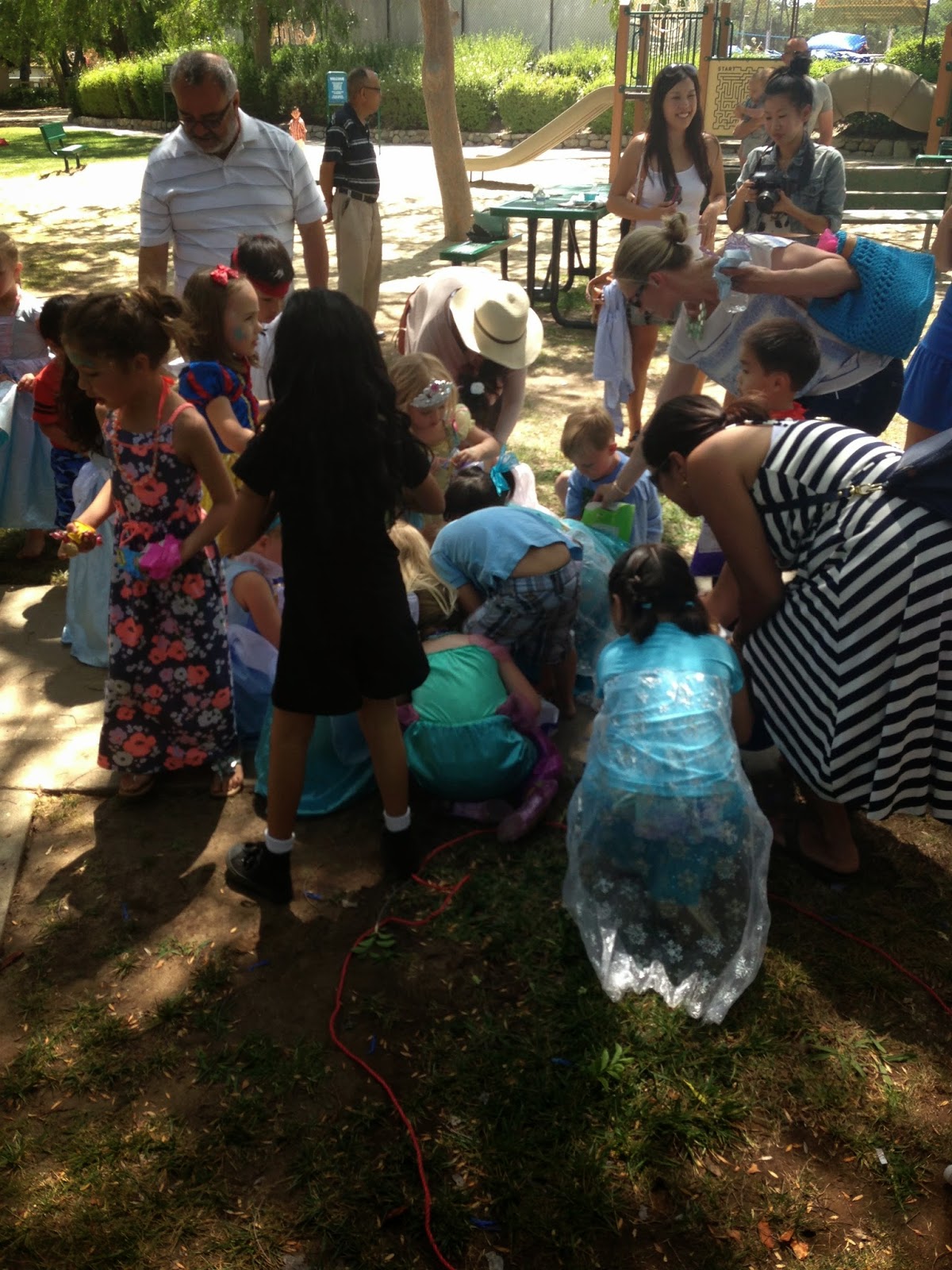 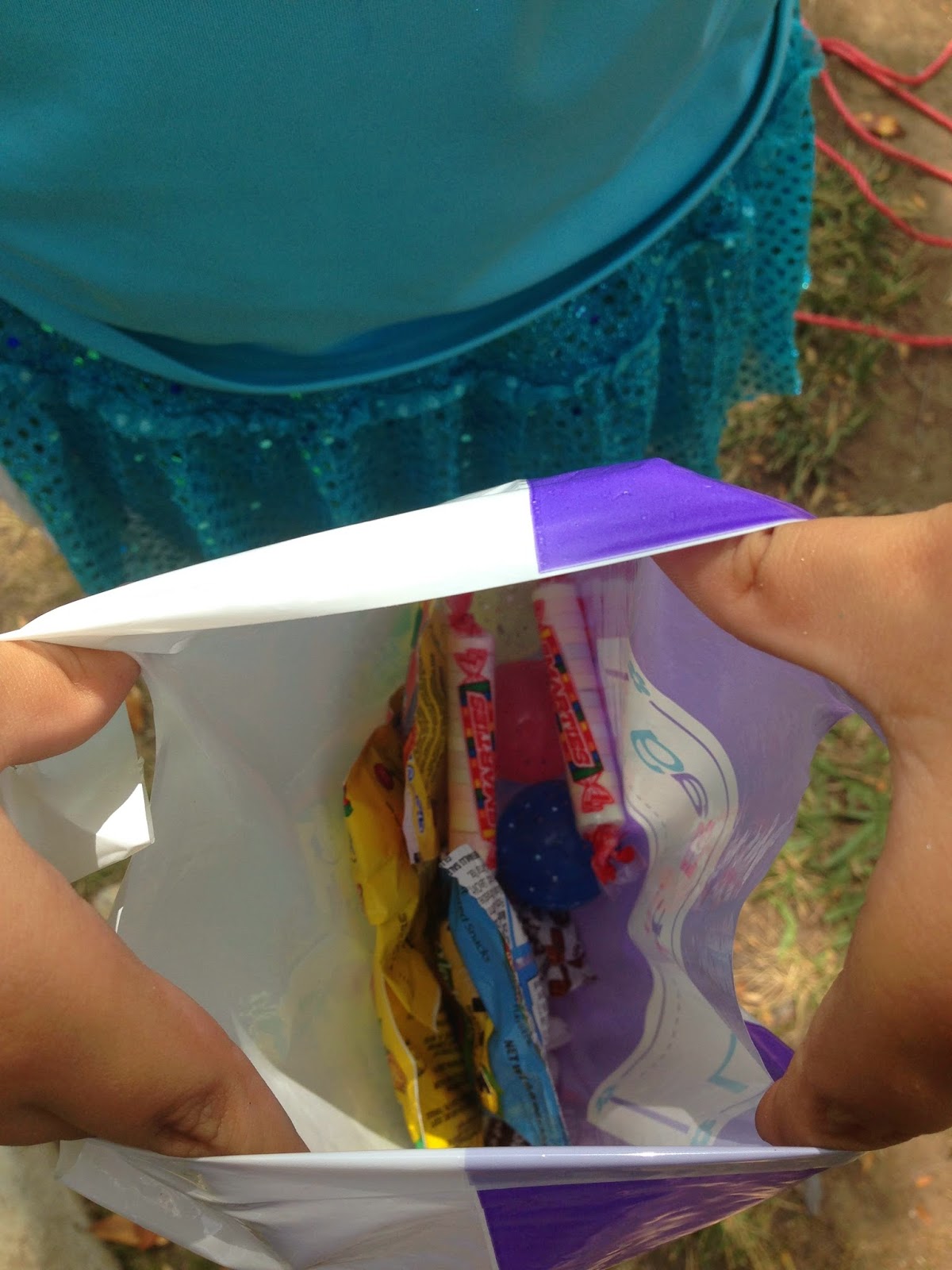 i'm so bummed that i never did get a picture of the bean with mini cee.  bah!  instead, here's another shot with em. 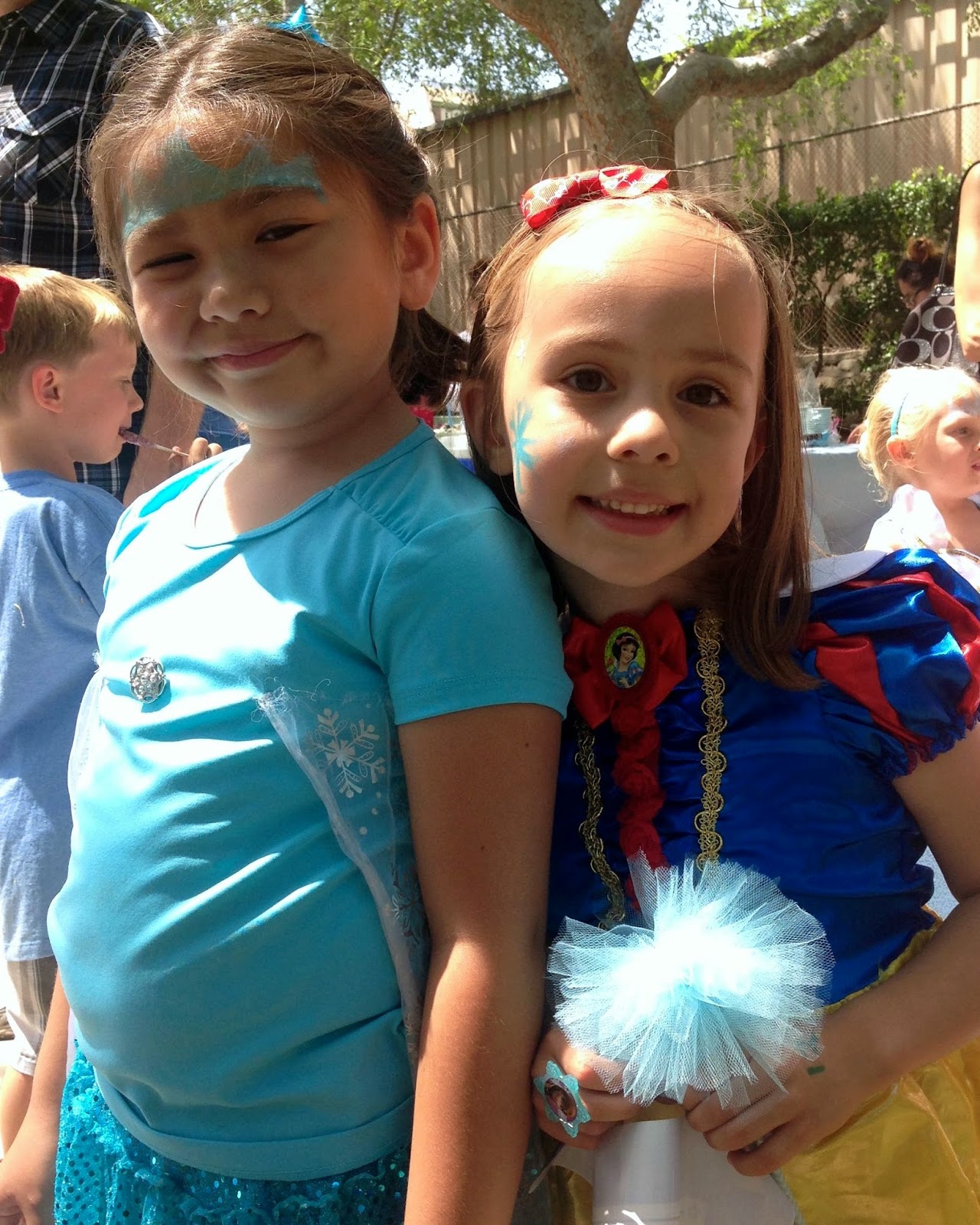 it is so fun to watch these kids grow up together.  it's hard to believe they're all getting so big!  the years are just flying by.
at May 27, 2014