at the beginning of the school year, the bean's teacher gave us a list of all the field trips that the class would be going on.  the most highly anticipated one for the kids was the one that would show off their newly acquired money skills - a group outing to mcdonald's, where they'd each go up to the counter and place and pay for their own food order.

because the mcdonald's they were visiting was the one right down the street from our house, the teen and i opted not to take the bus and instead met up with the class once they'd arrived.  they'd been split up into several groups for a behind-the-scenes tour, and the ones who weren't walking around carefully in the kitchen area were in the play area. 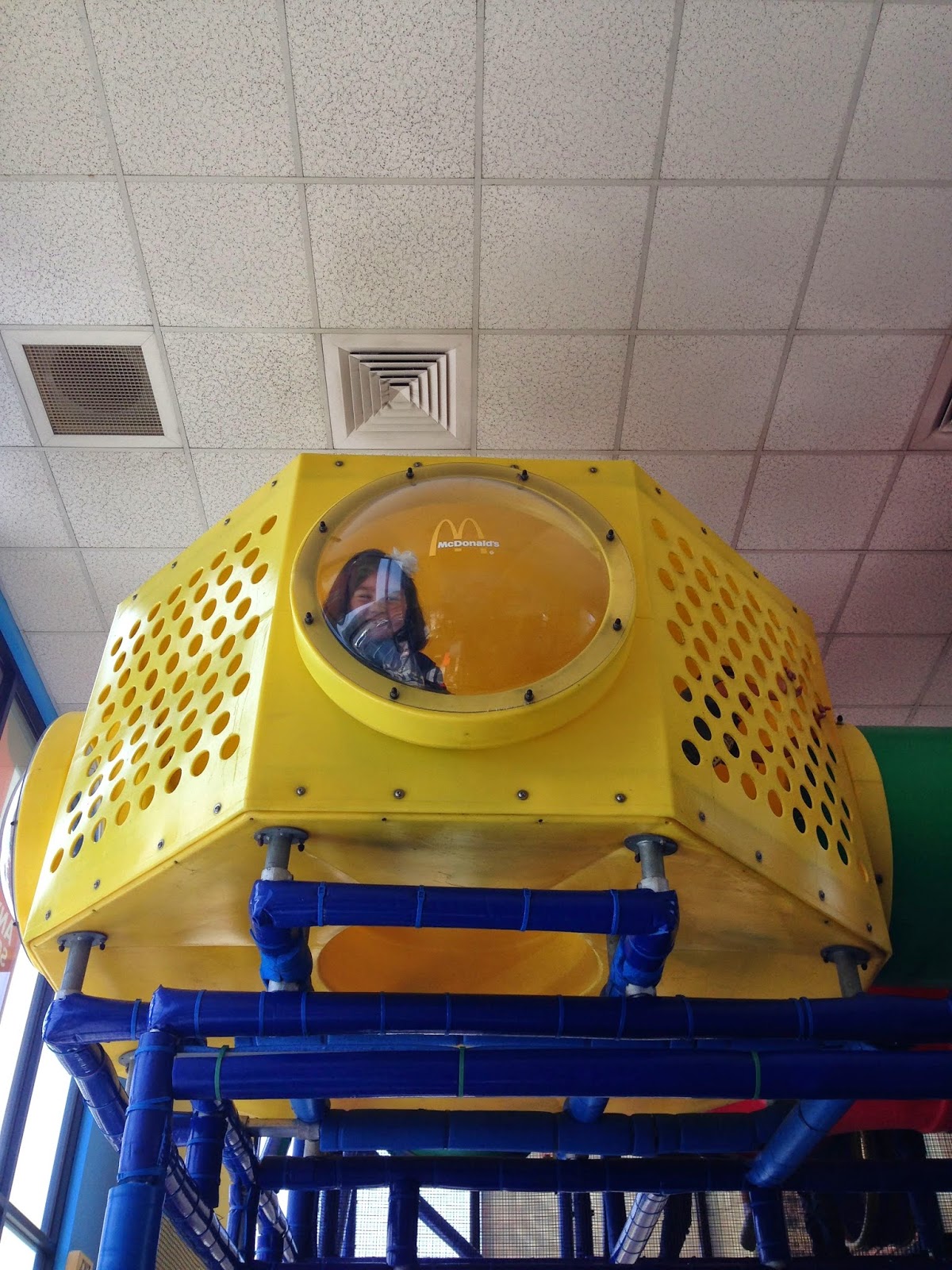 the bean was in the third group to take their tour, and they all lined up like good little soldiers. 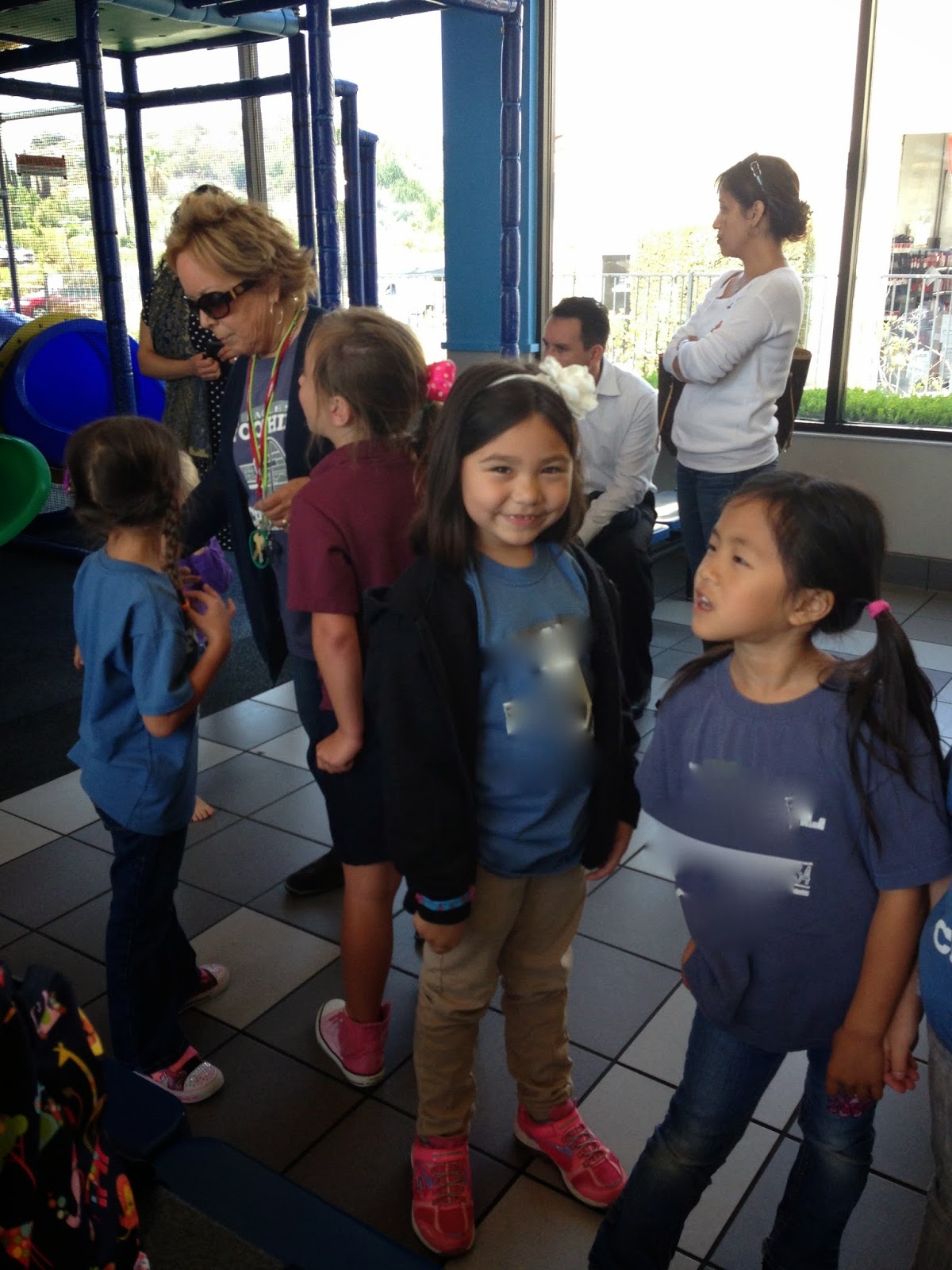 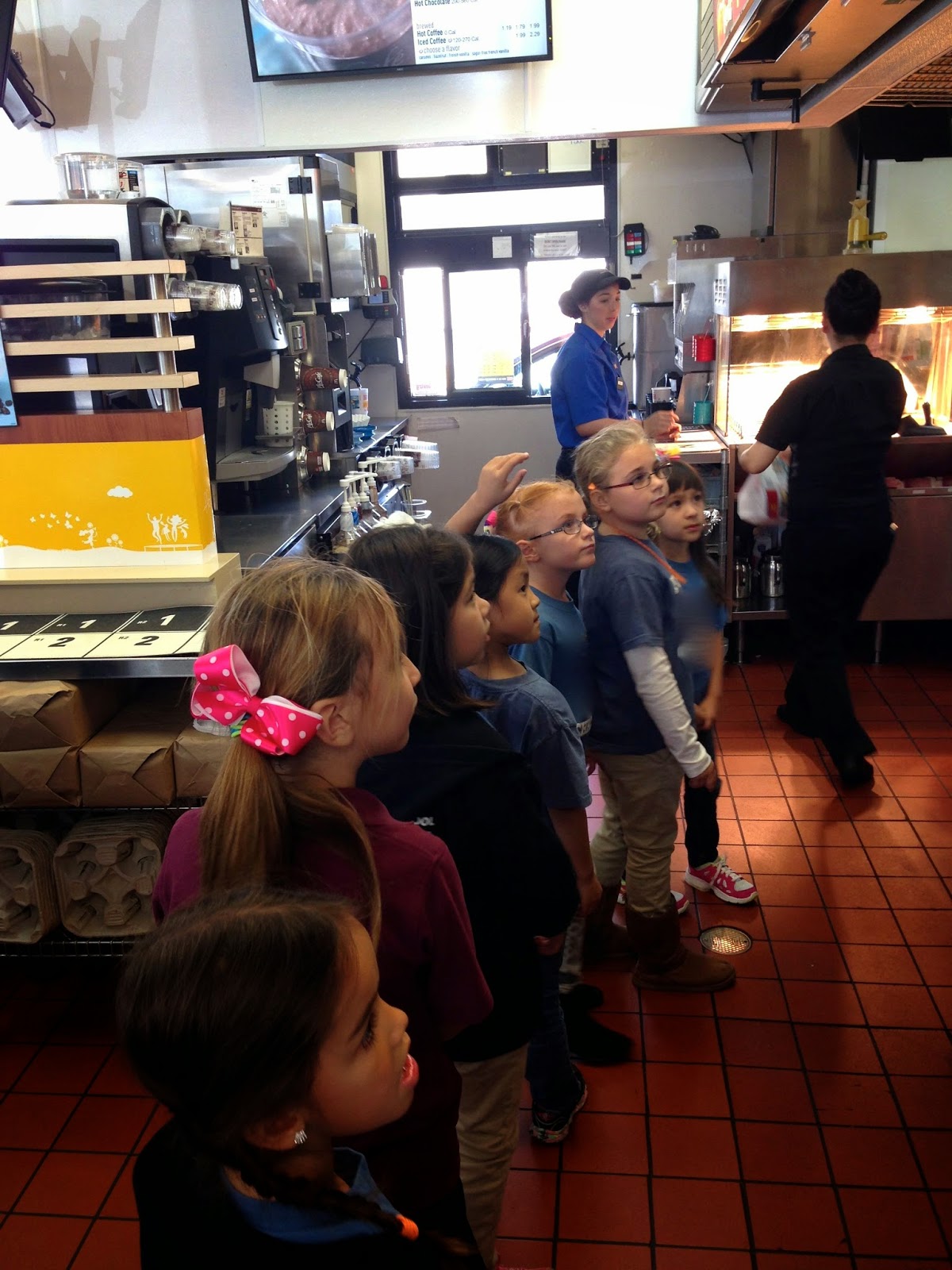 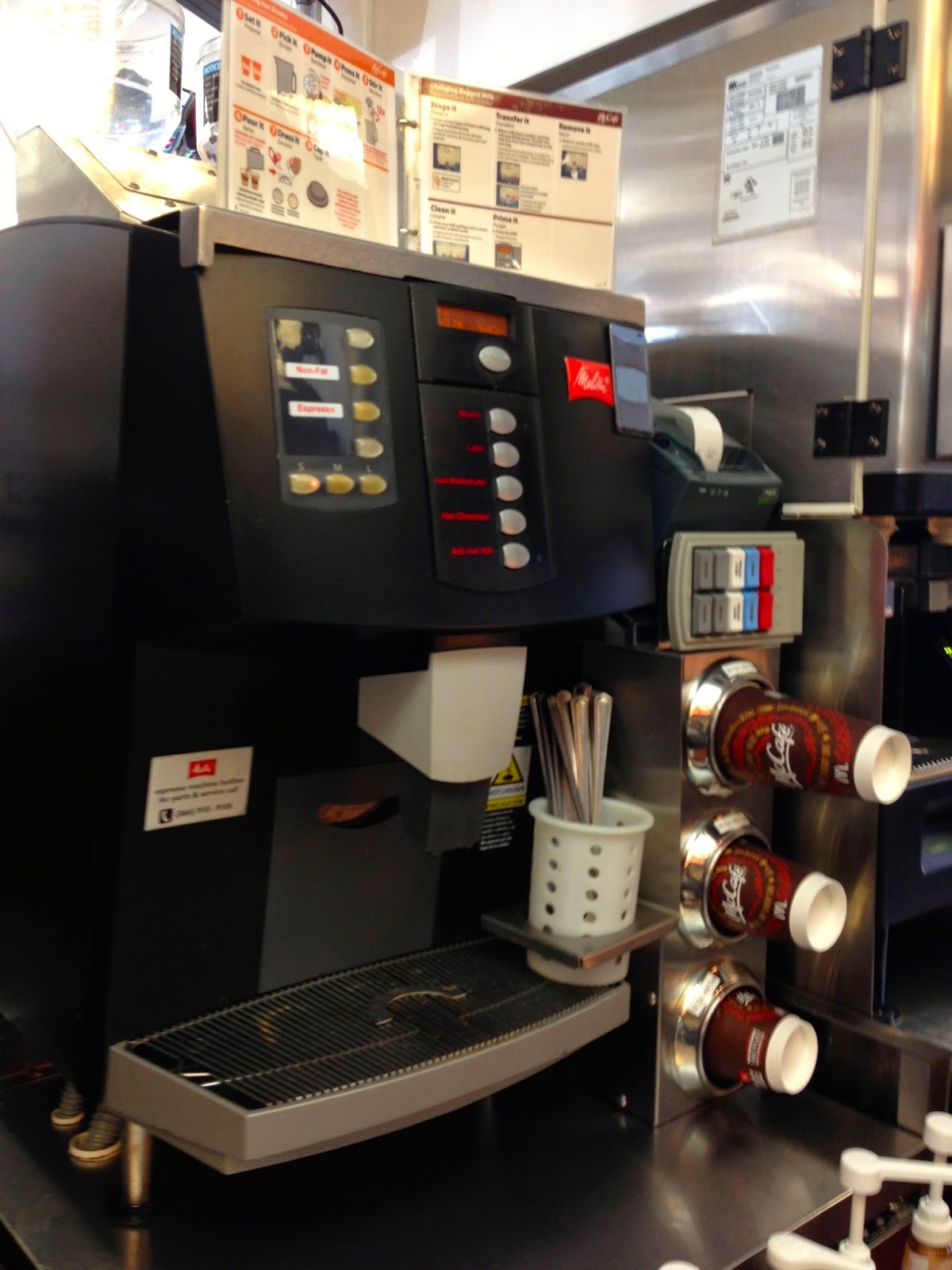 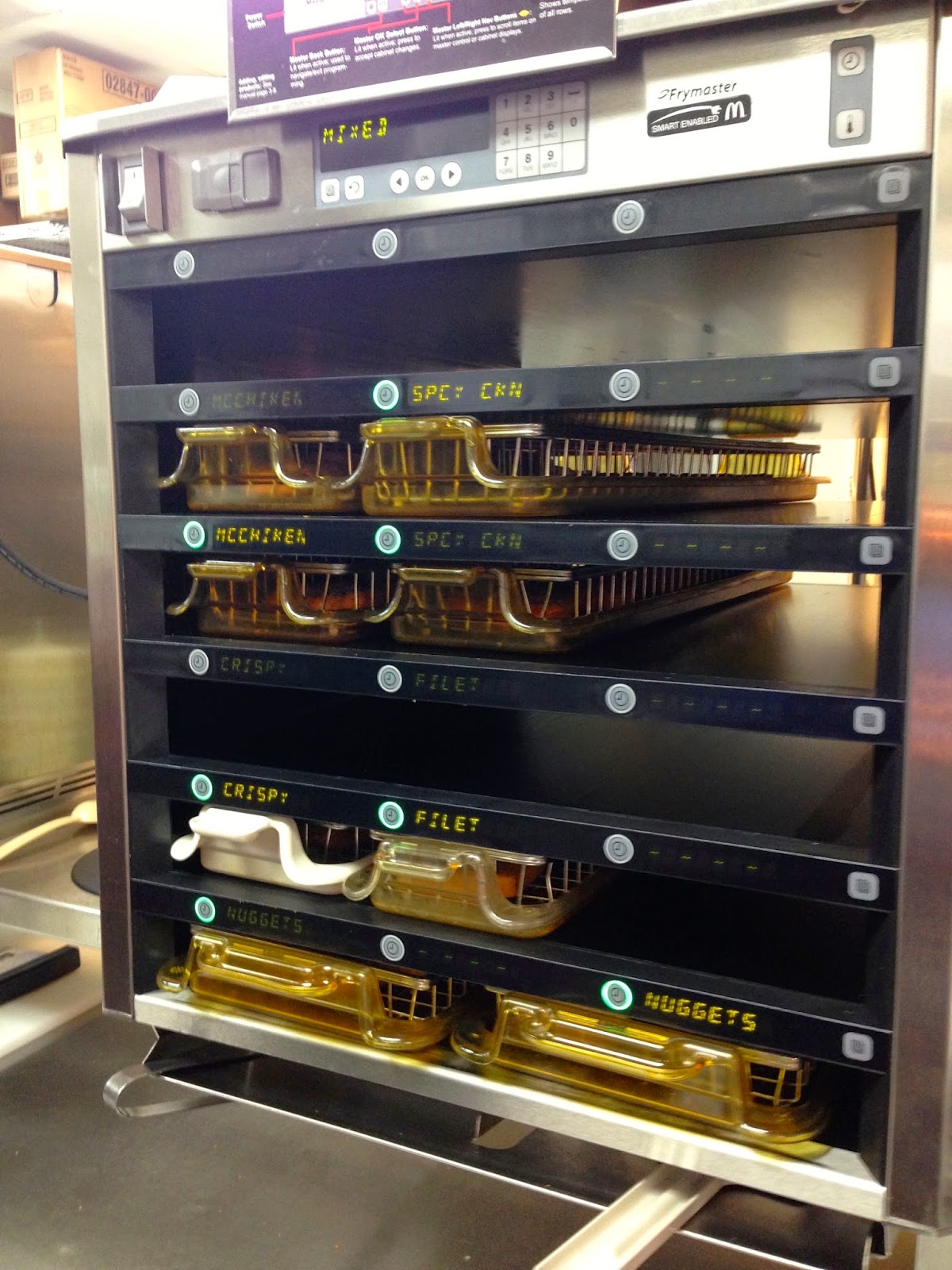 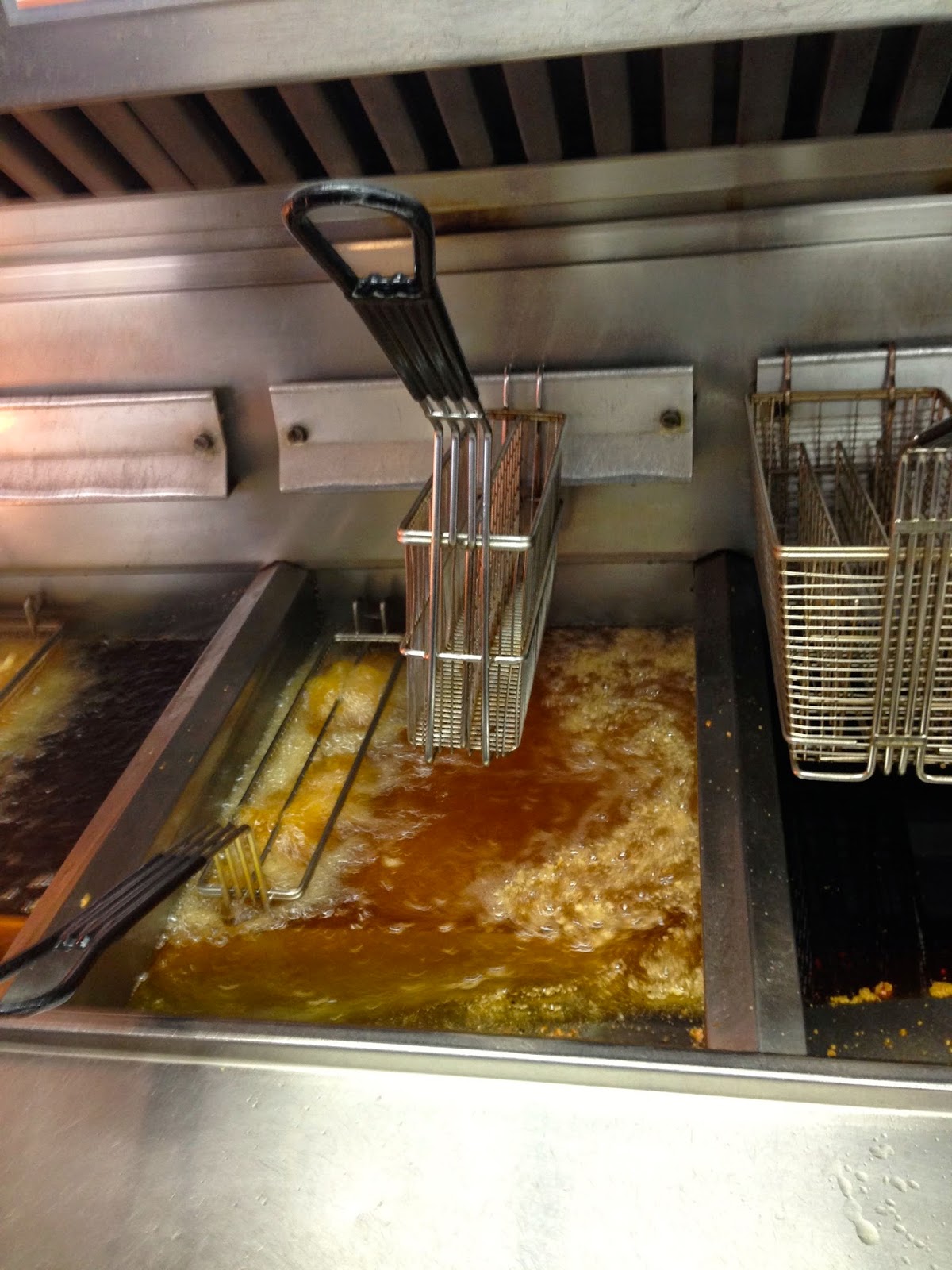 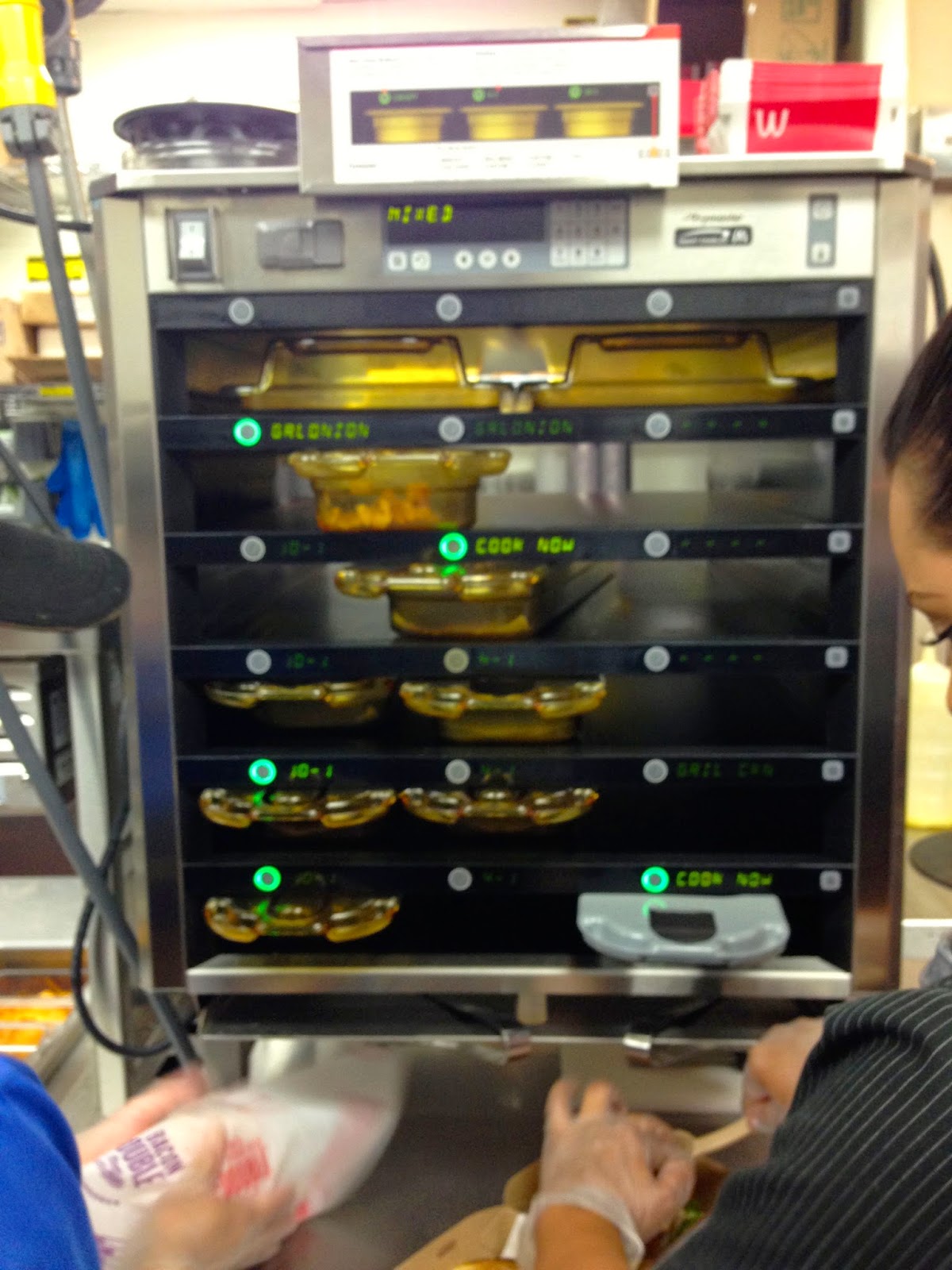 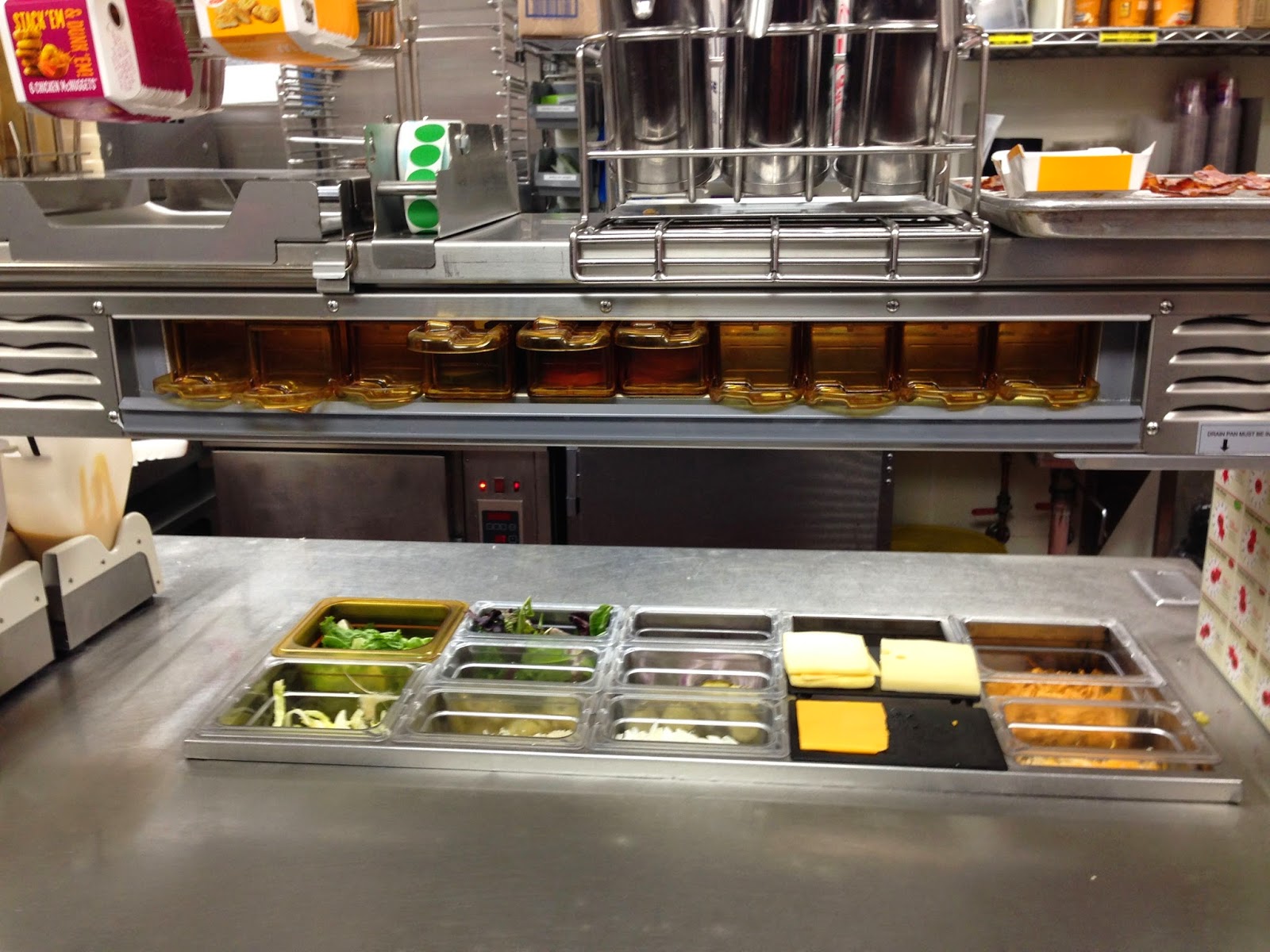 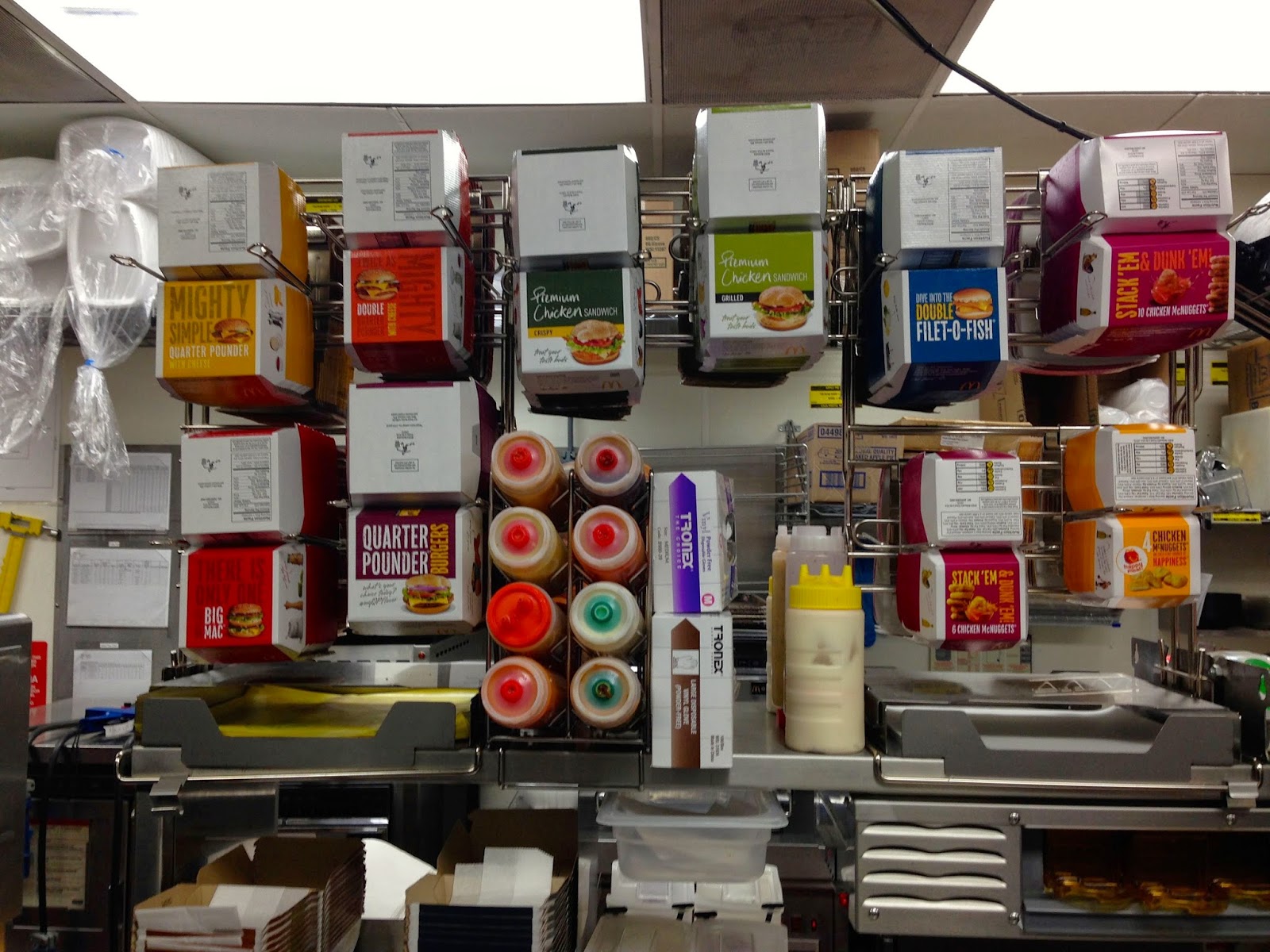 the kids were entranced by all that they saw.  every little thing was exciting.  oh, to be six again. 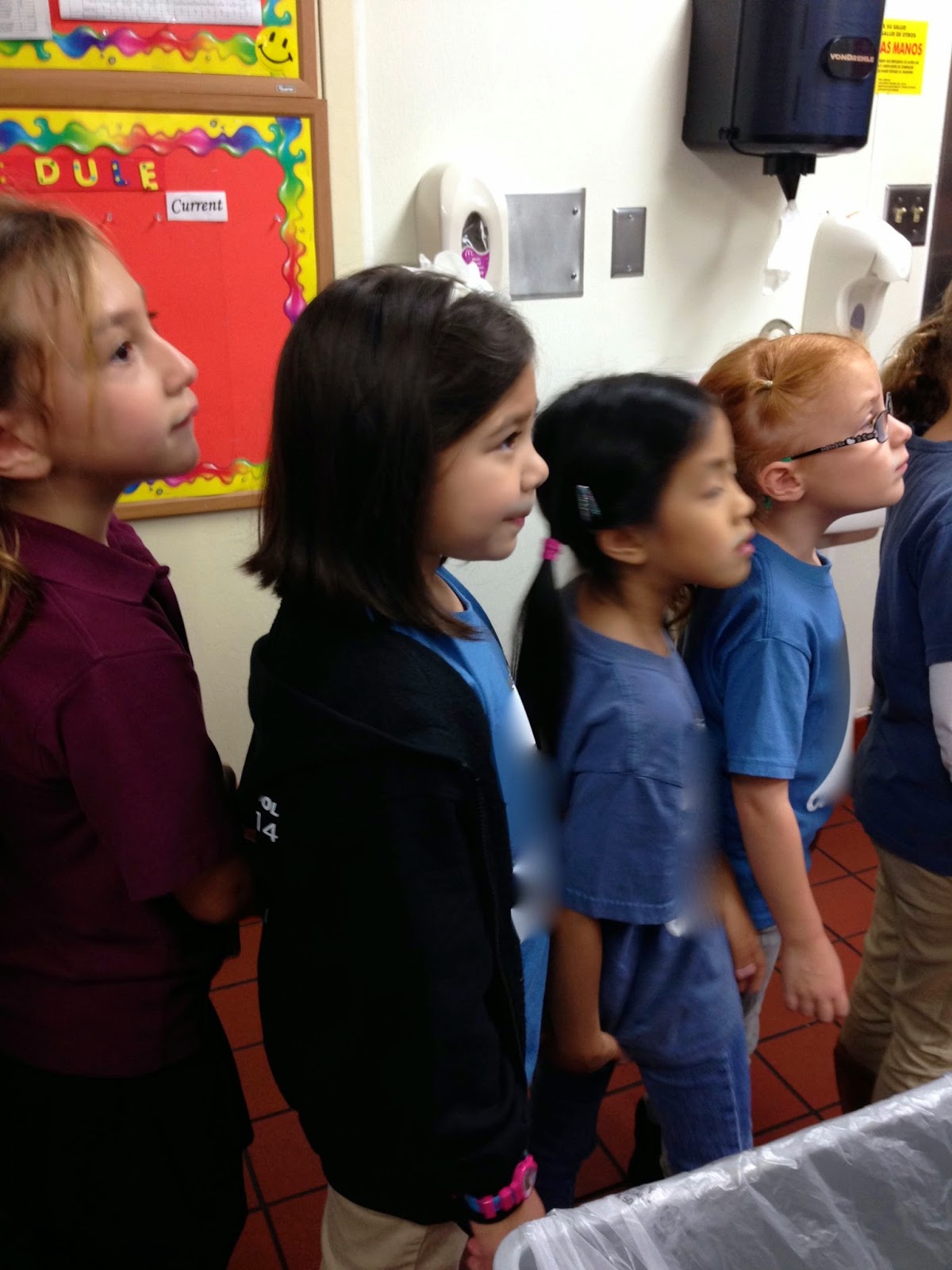 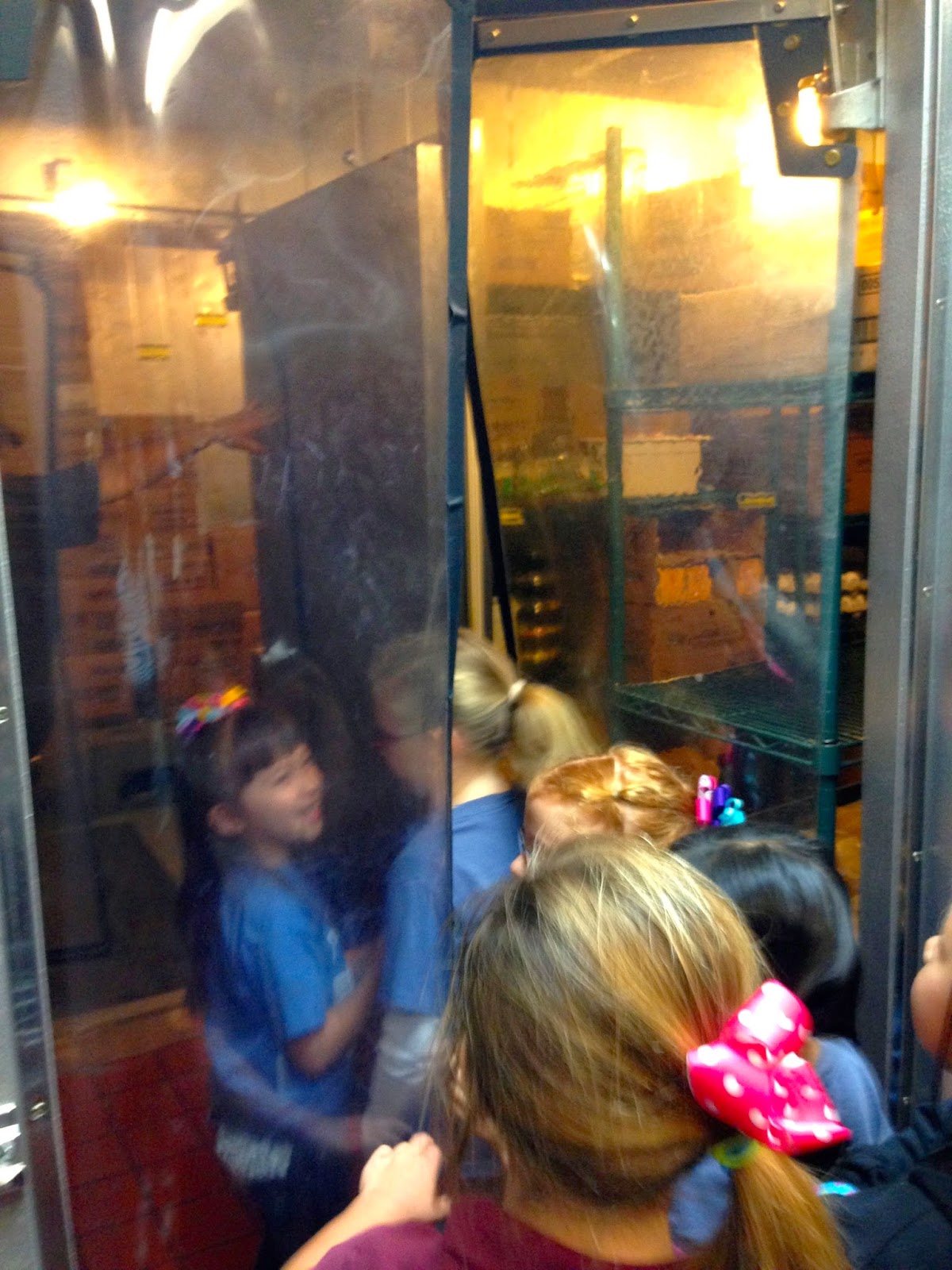 everybody's favorite was the walk-in freezer.  not surprisingly, most of mcdonald's food is in there. 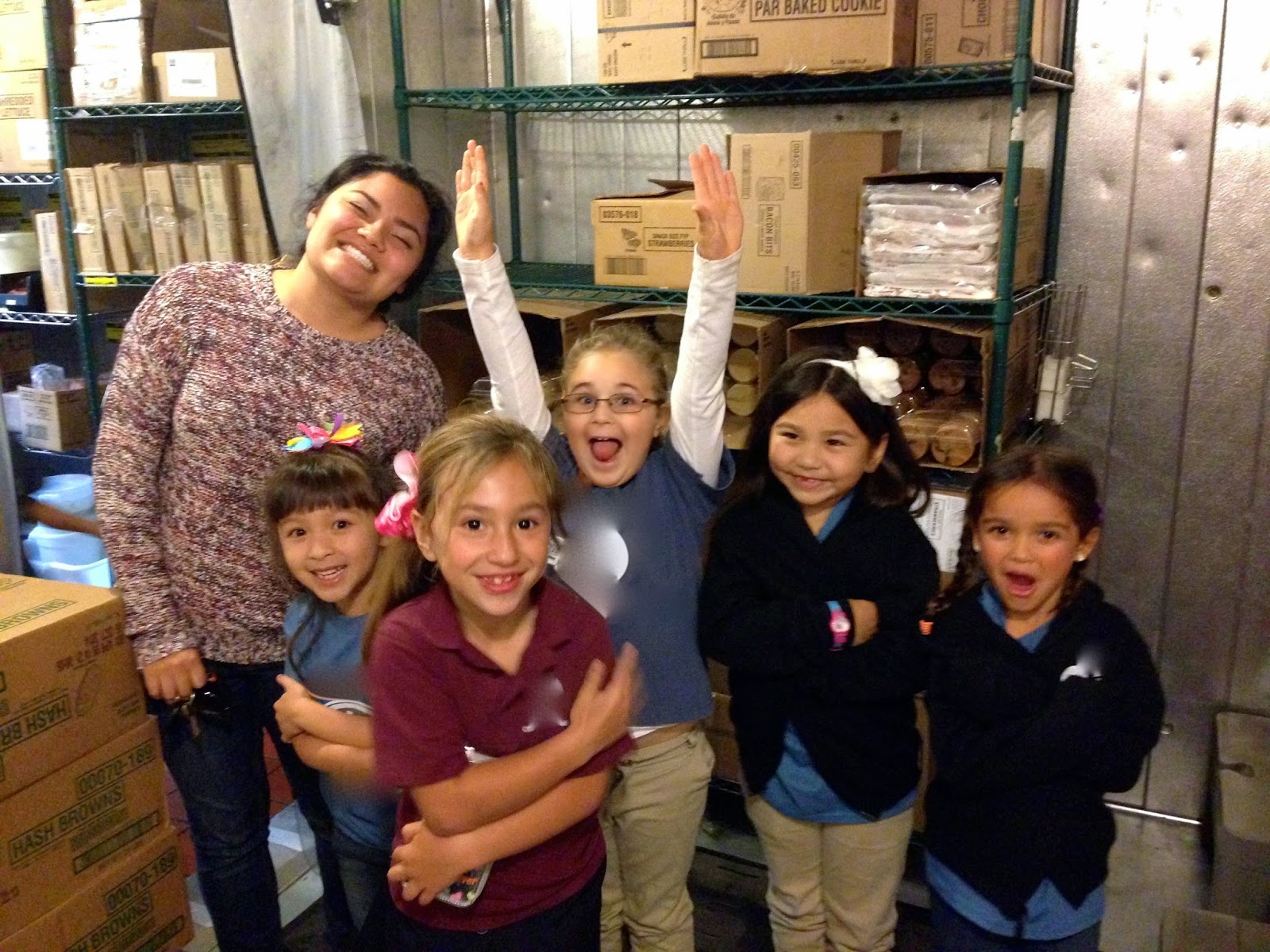 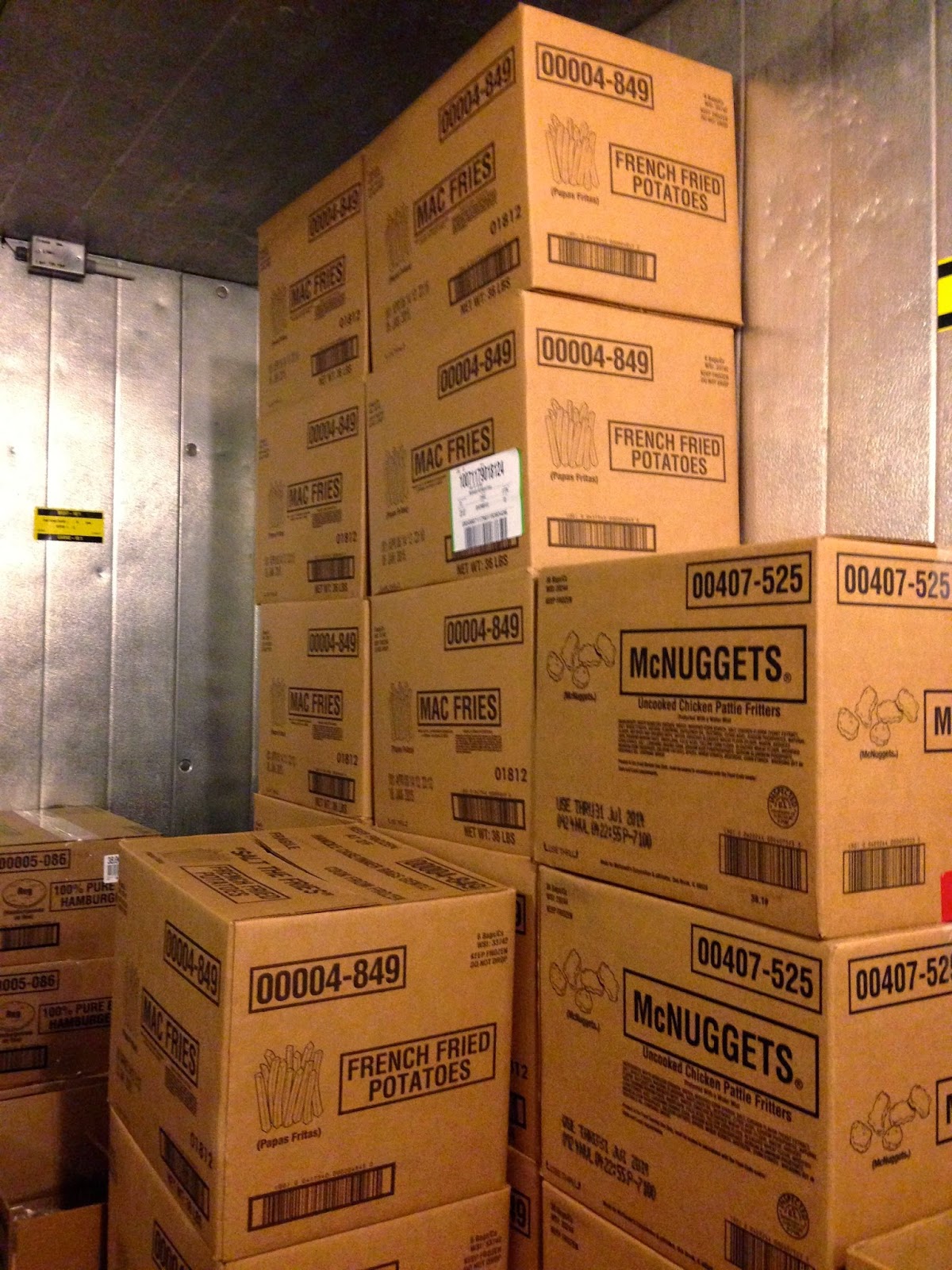 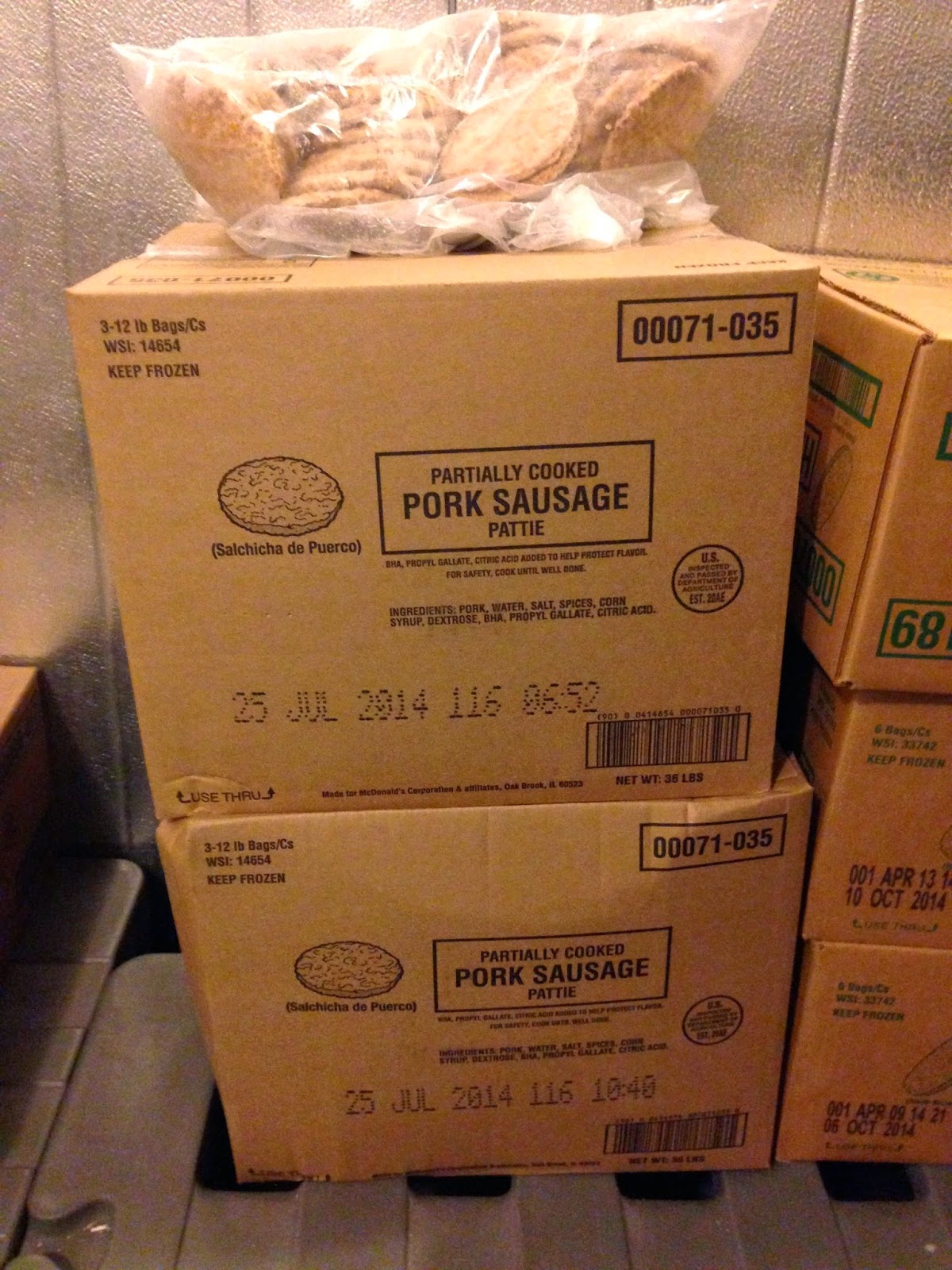 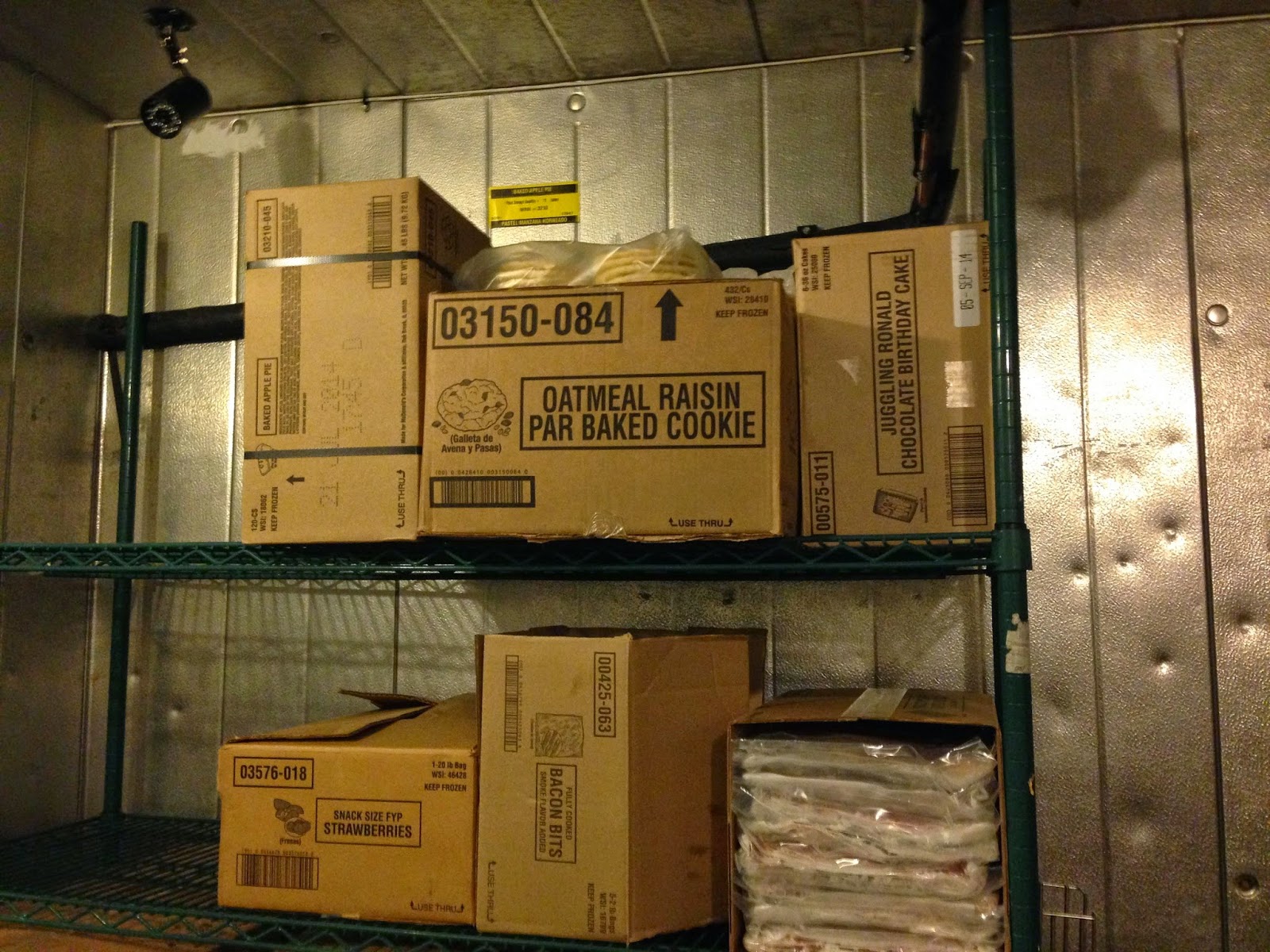 confession:  i was actually not expecting to find stacks of pre-made pancakes in there.  i'm so gullible - i totally fell for the old commercials where they showed the pancakes being made on a griddle in the kitchen.  um, not so much. 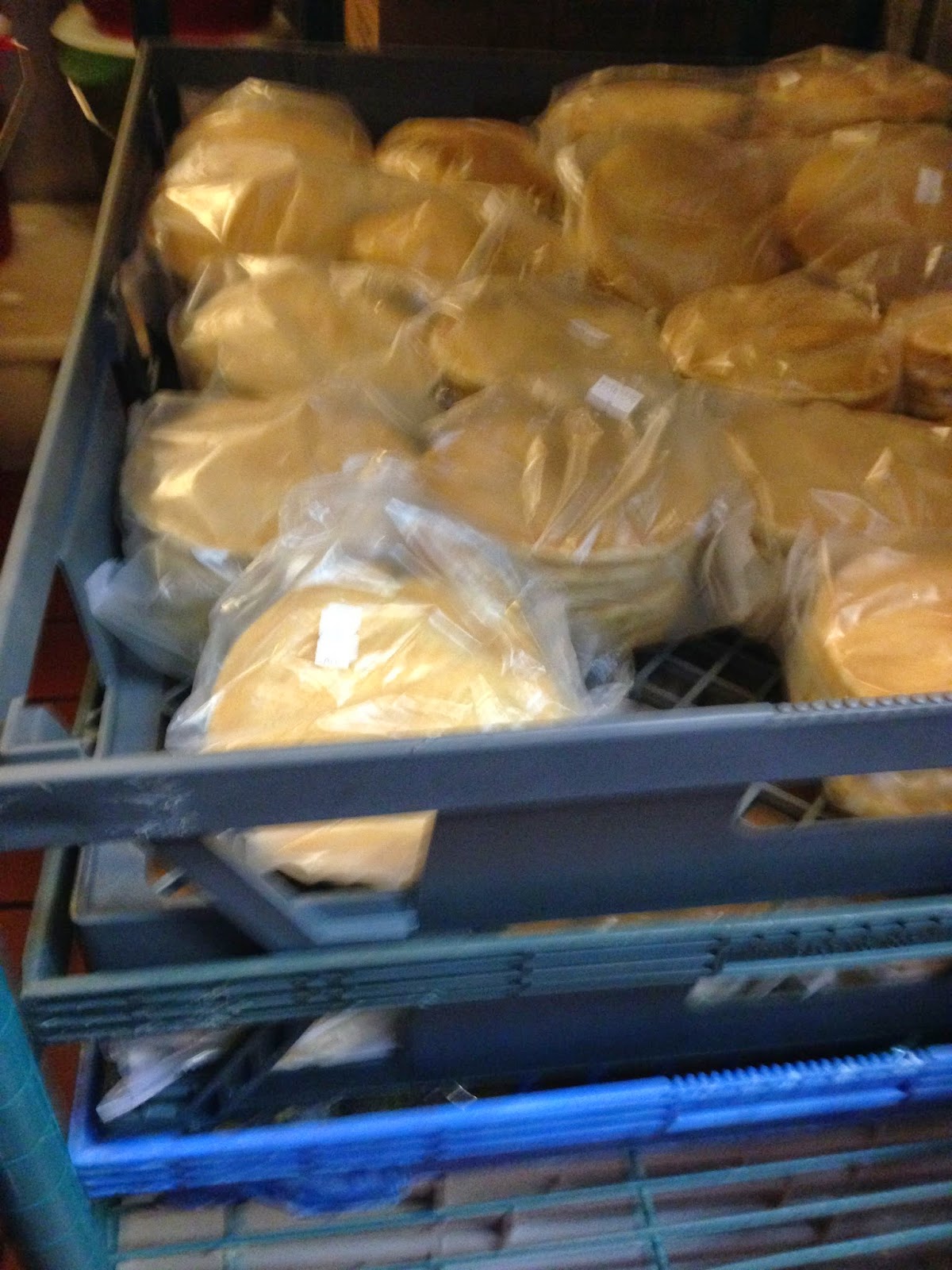 they all got a kick out of standing at the drive-thru window, where customers who pulled up to pay for their orders got extra friendly greetings. 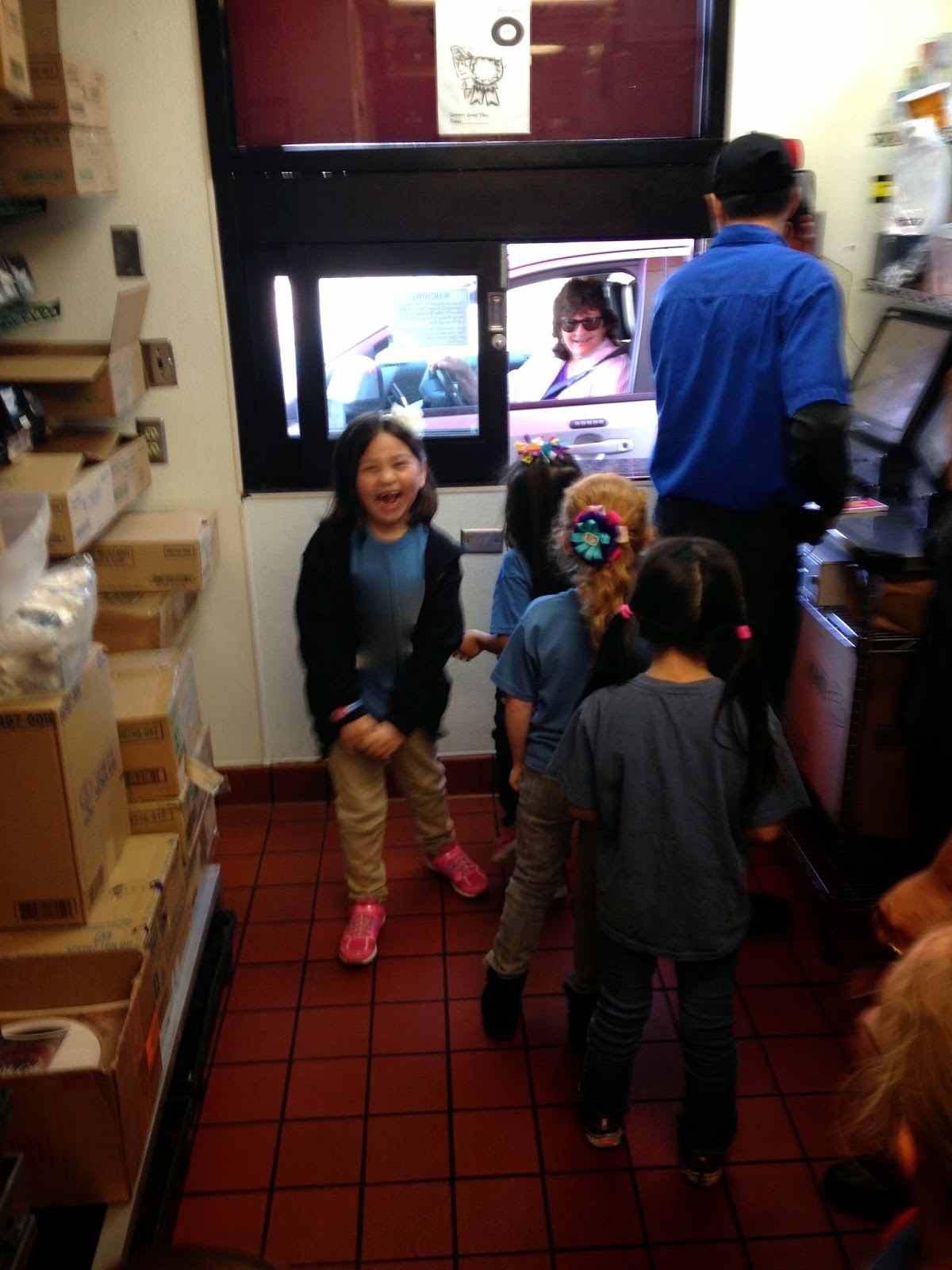 i don't care what you say about mcdonald's, i will always love their hot, salty fries.  for-EVAH. 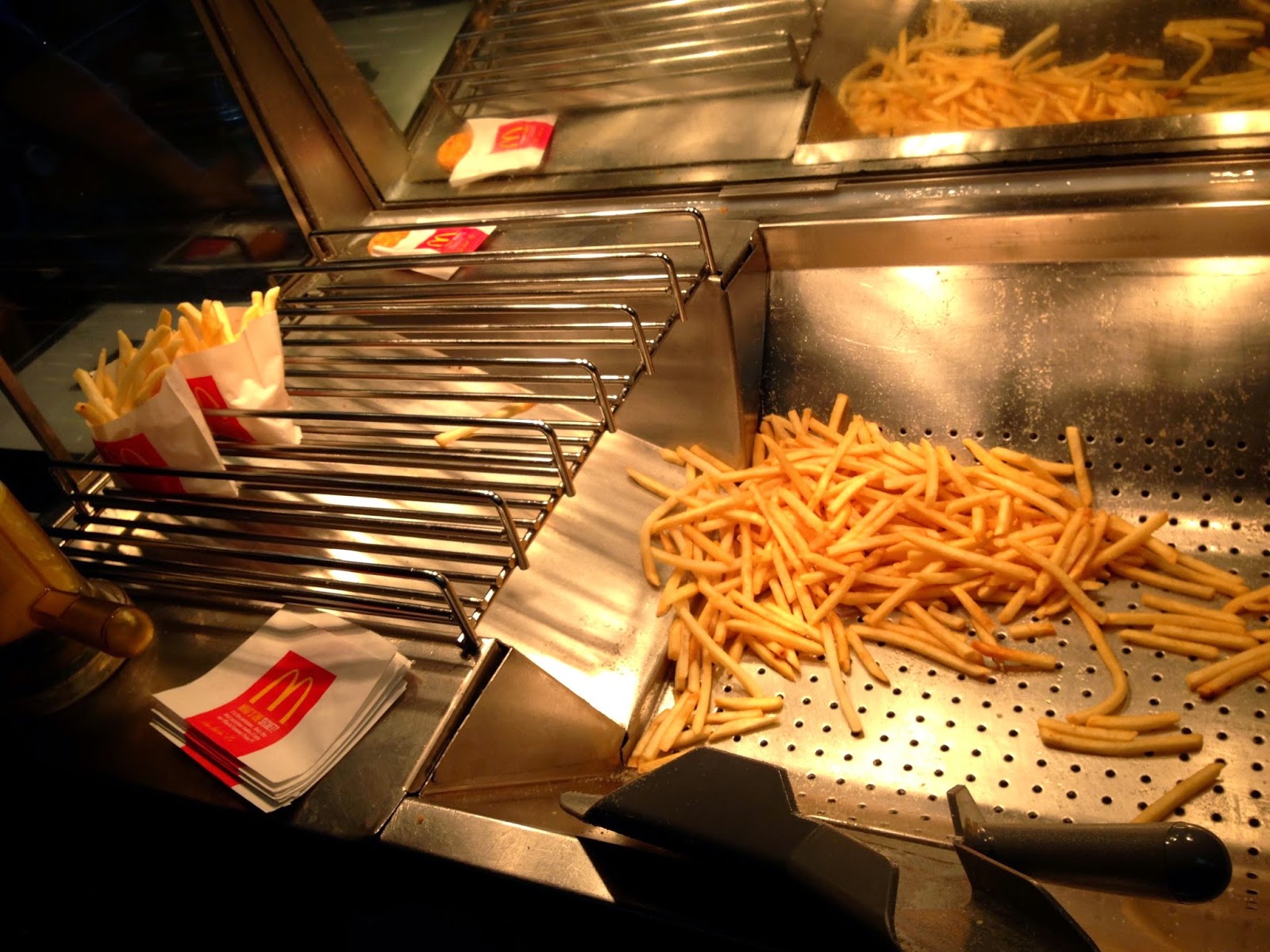 finally, it was her turn to step up and place her order.  yes, i put her lunch money in a lululemon wallet.  heh. 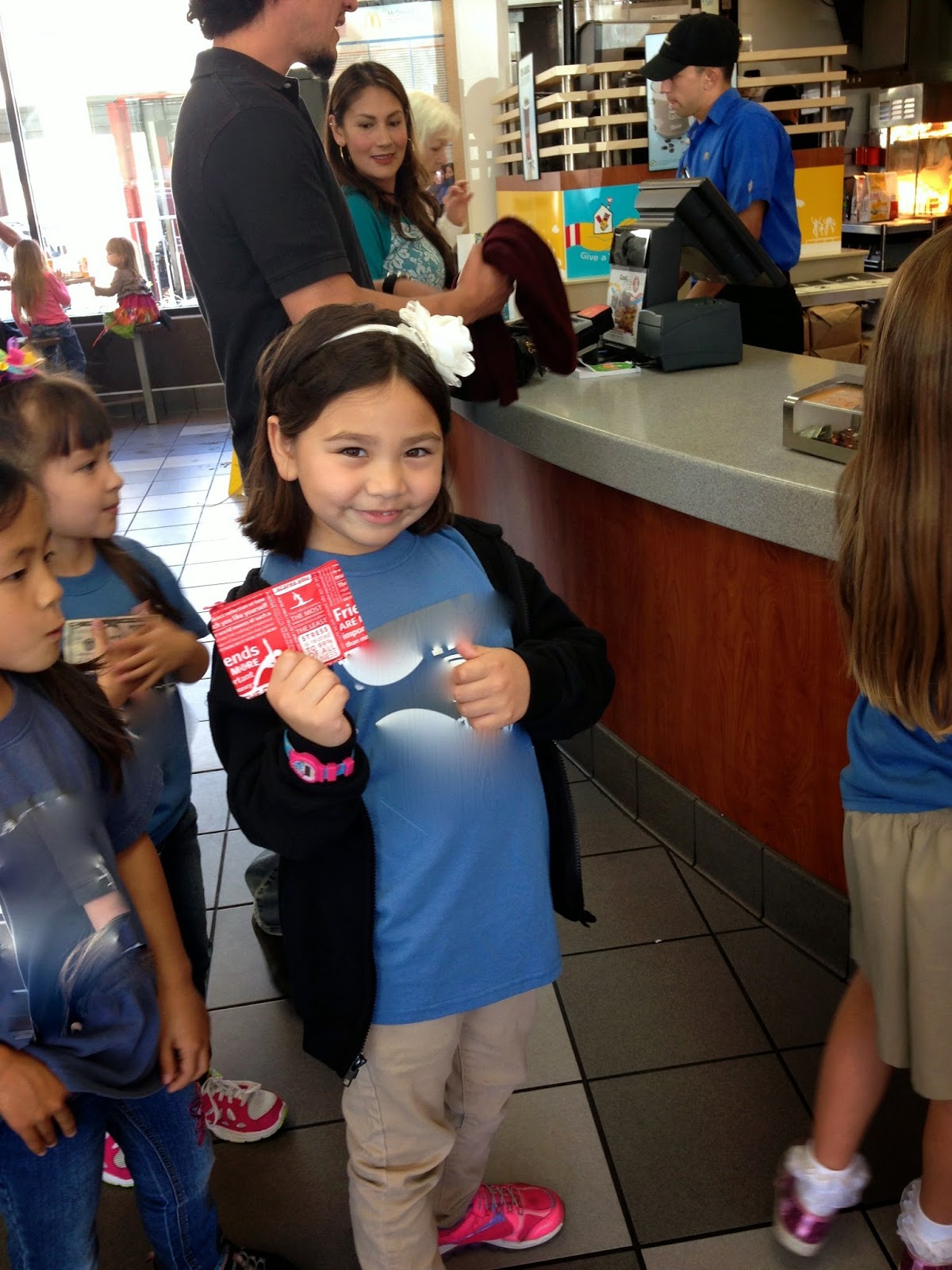 "hi, can i please have a plain hamburger happy meal please?"  this child is wonderfully, unfailingly polite. 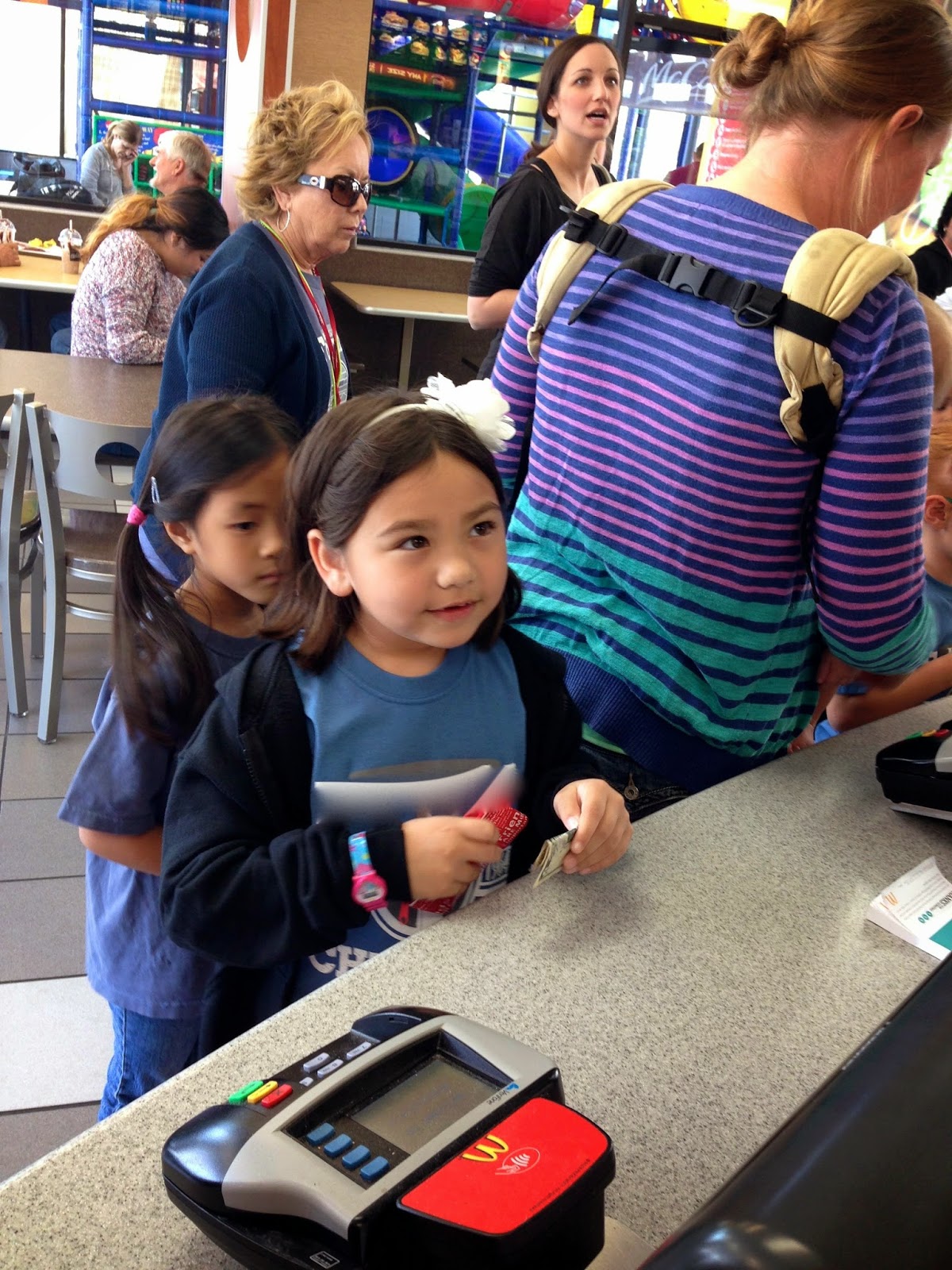 cough up the cash, kid. 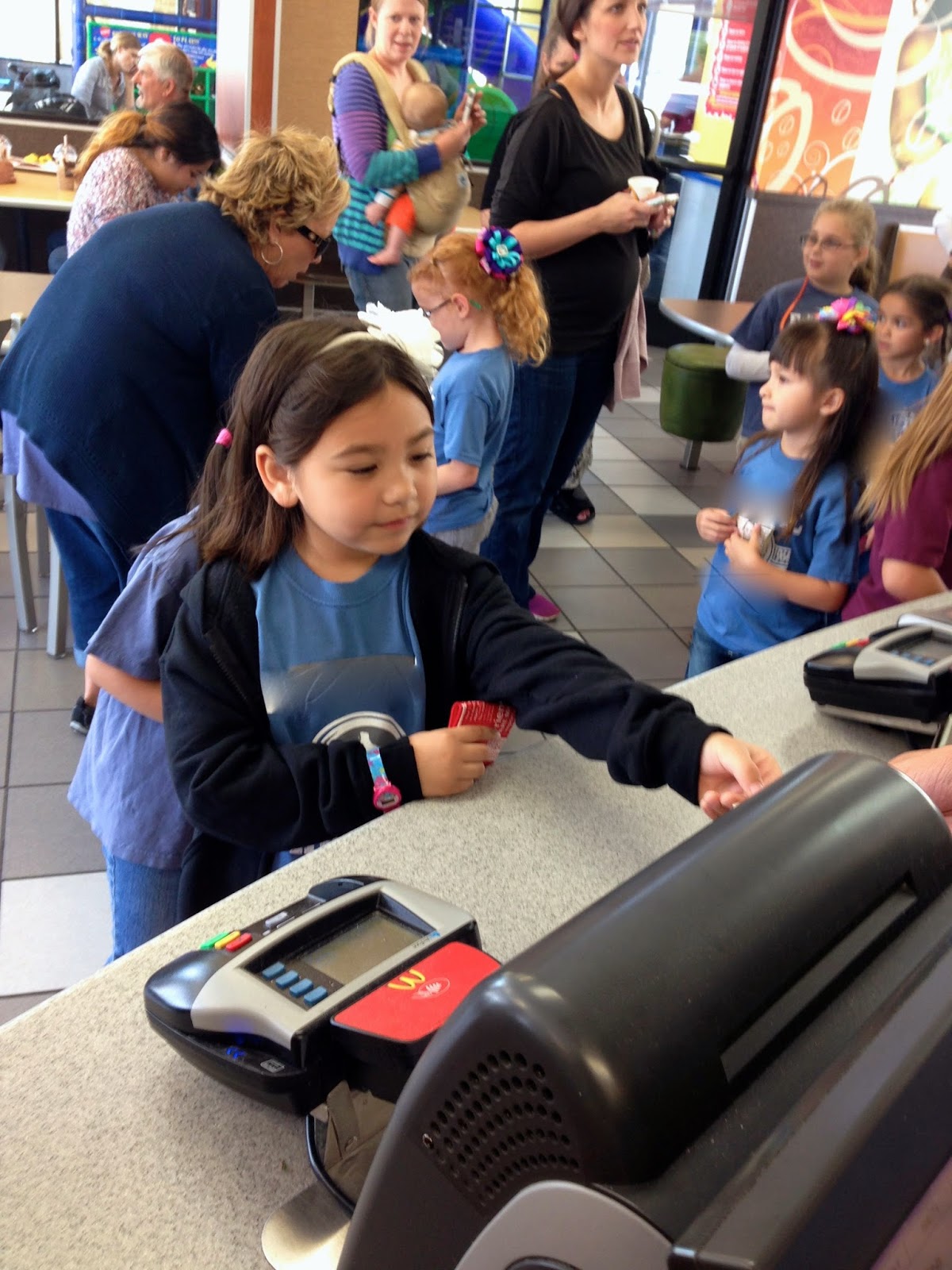 and here's a little bit to put back in that wallet. 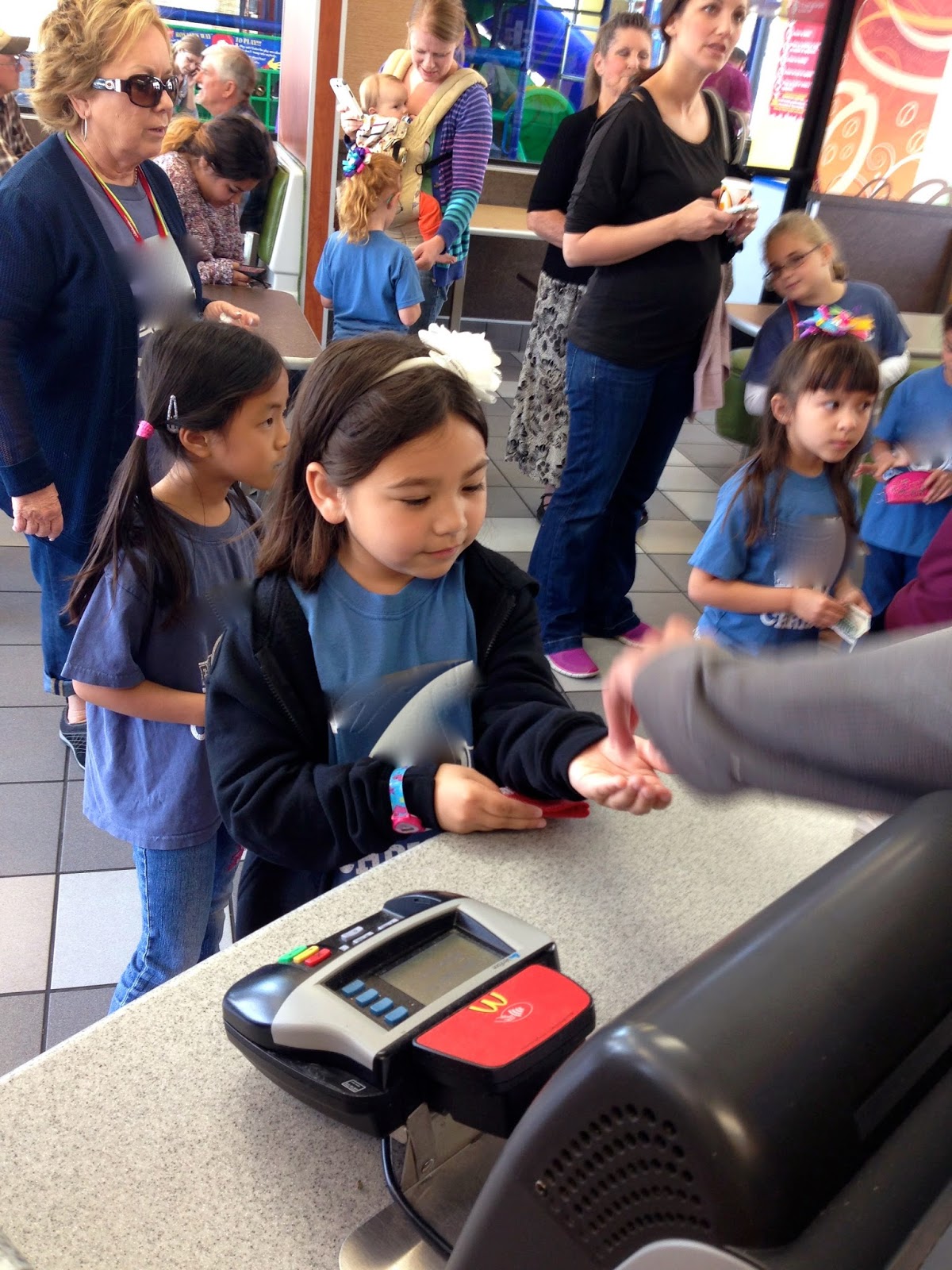 listen for your number! 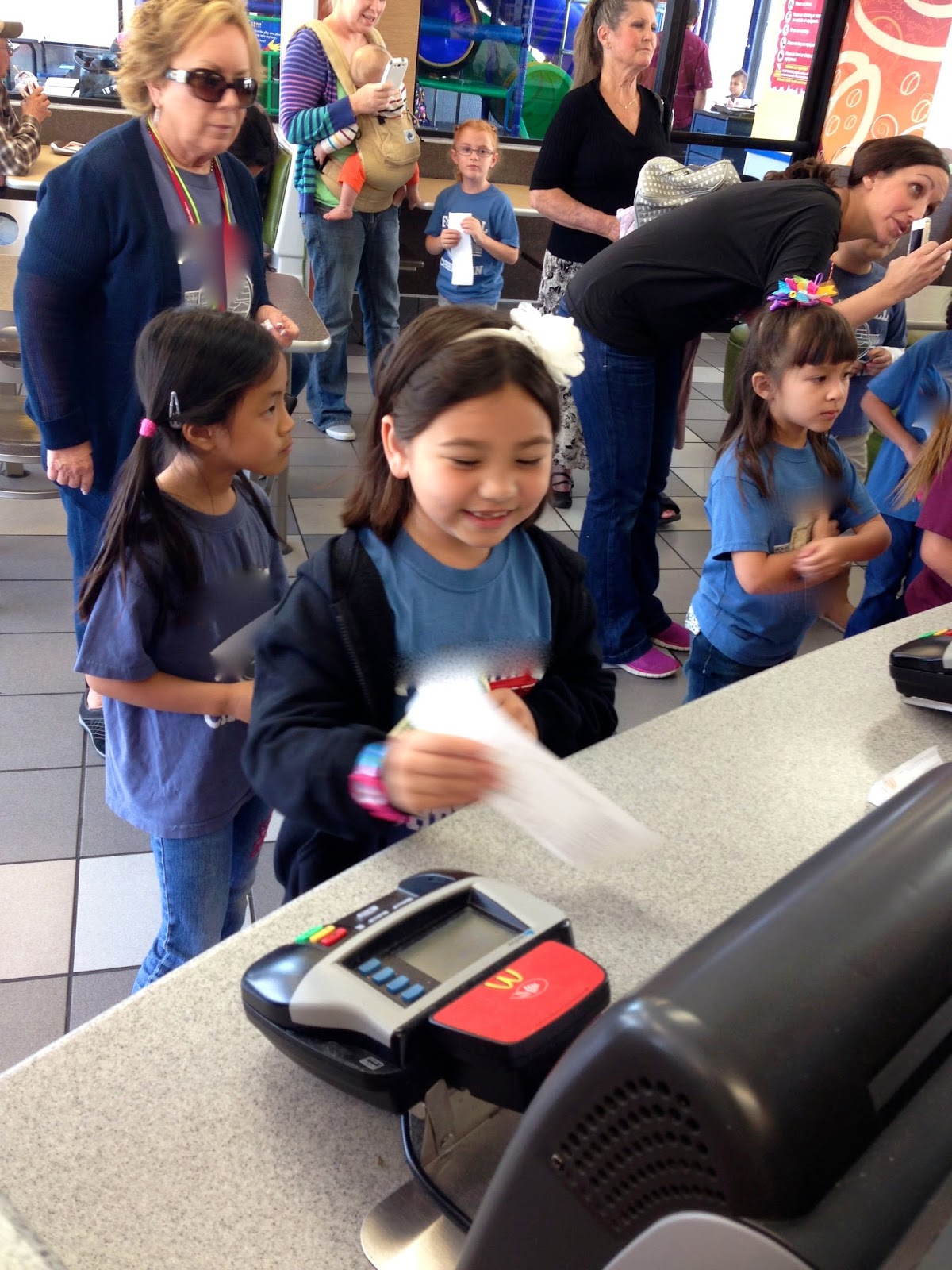 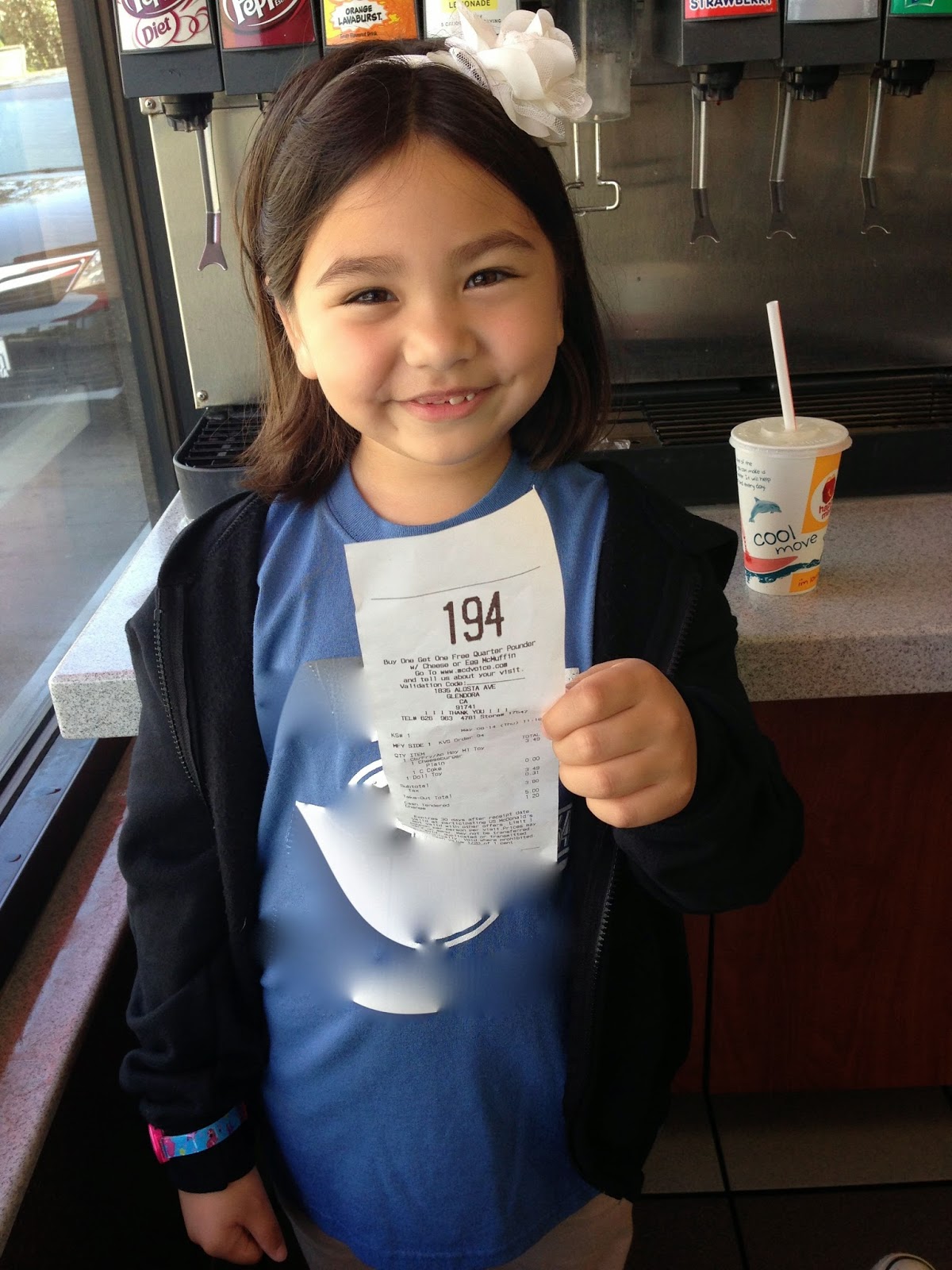 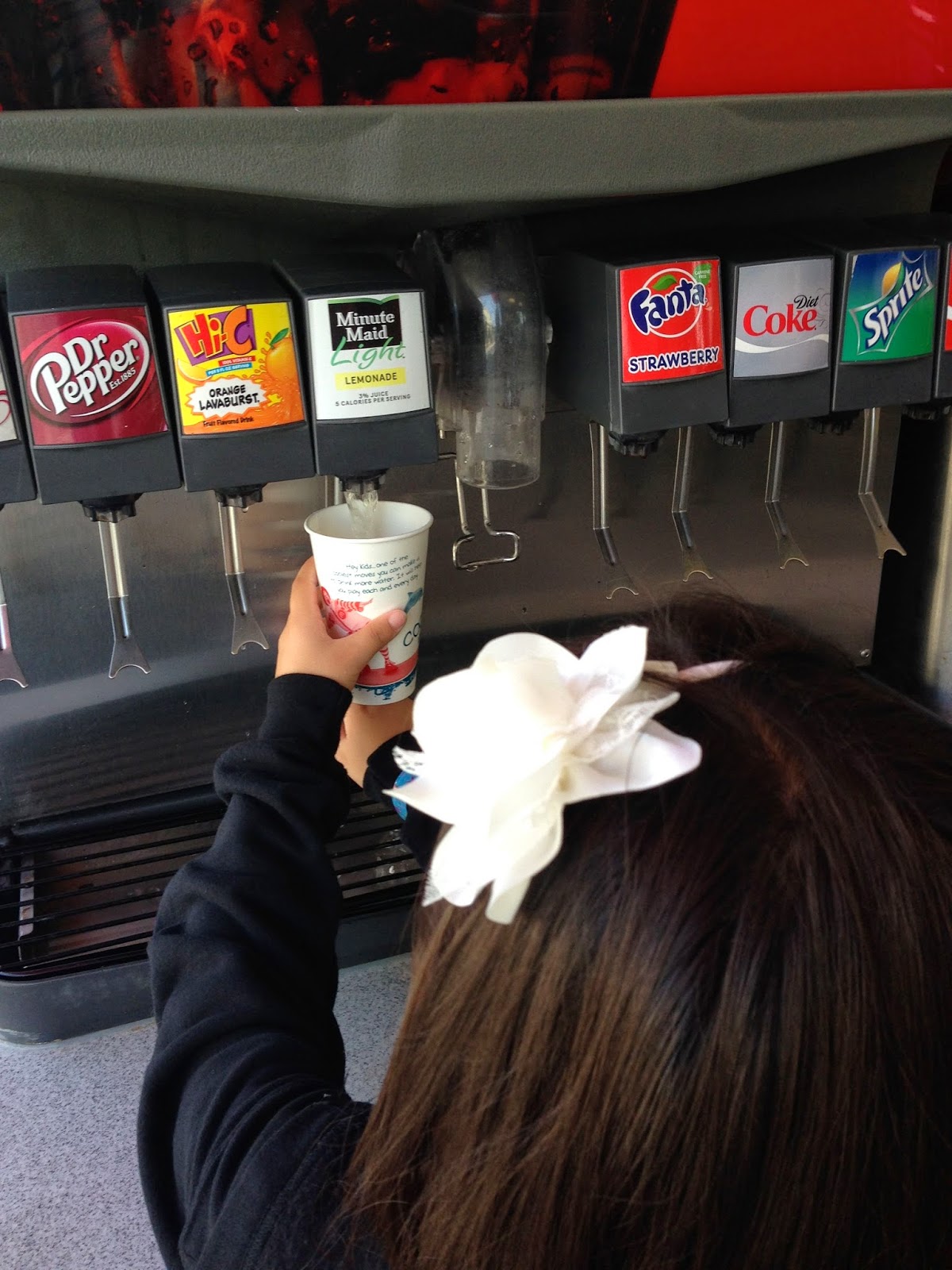 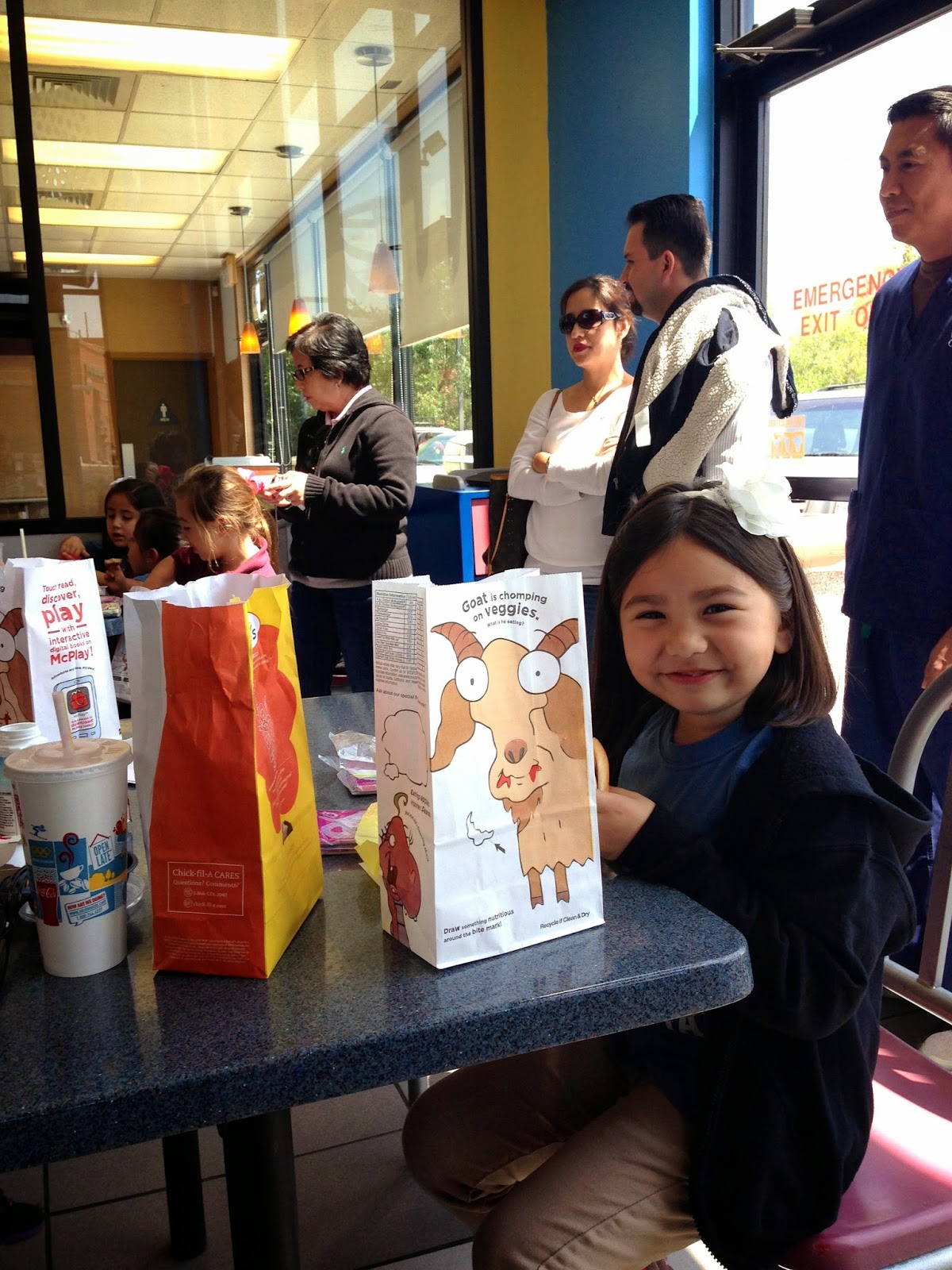 seems like such a silly little thing to be so excited about, huh?  but for a kid, getting to do something that the grown-ups usually handle is pretty important stuff.  it was really cute to watch them all so proud of themselves and then playing happily together until it was time to leave.

Email ThisBlogThis!Share to TwitterShare to FacebookShare to Pinterest
Labels: bean's growing up, mcdonald's