disneyland raised their prices yet again last week.  for a lot of folks, this comes as no surprise as the mouse house has sprung increases on us every year right around this time.  and while the ending numbers always sound ridiculous - like, a 1-day, 1-park pass is now $96, a deluxe annual pass went up to $519 - the actual increases are really rather minimal.  that 1-day/1-park pass was $92, the annual pass $499.

while this all sounds rather ridiculous - a family of four is shelling out some serious bucks for a day trip to the parks even before walking through the gates - i personally would still rather visit disneyland than other local amusement parks.  the happiest place on earth is beautifully maintained, constantly updated, has top-notch customer service with attention detail that is second to none.

that's not to say that i'm not always looking for a cheaper way to do things.  i mean, duh.  just jenn shared some awesome tips in a recent blog post about where to find discounted disneyland tickets, which is super helpful.  but guess what?  i managed to discover a different loophole that a lot of people haven't figured out - yet.

do you have a target red card?  i know, i know, SECURITY BREACH!!  but i love that thing.  5% off of everything in-store and online, plus free shipping with no minimums?  and you can select a local school to benefit from their donations, too?  psh, it's a no-brainer.  and check it out - you can use it to save on disney passes.  how?

well, that 5% off i mentioned?  like i said, it applies to everything in the store.  EVERYTHING.  and you know that rack of gift cards that's always somewhere near the front registers?  mmm-hmmm, honey.  those fall under the "everything" category.  and amongst the long list of retailers you can choose from?  DISNEY.  those gift cards can be used at disney store and at any of the parks.  so you buy a stack of those cards using your red card, get 5% off, take your happy ass over to your local disney store, and scoop up those tickets/annual passes/mickey merchandise.  i mean, hey - i know 5% isn't much.  but savings is savings, right?  it might be enough to cover a round o'churros for the family.

last week, i decided to surprise the bean by telling her that it was a free dress day at school, getting her some mcdonald's breakfast and a book to distract her, and driving down to anaheim to play hooky for a day.  it's almost the end of the school year, and i wanted to see if we could squeeze in a fun day before the huge crowds descend upon the parks for the busy summer season.  amazingly enough, i managed to pull it off until we were almost all the way there. 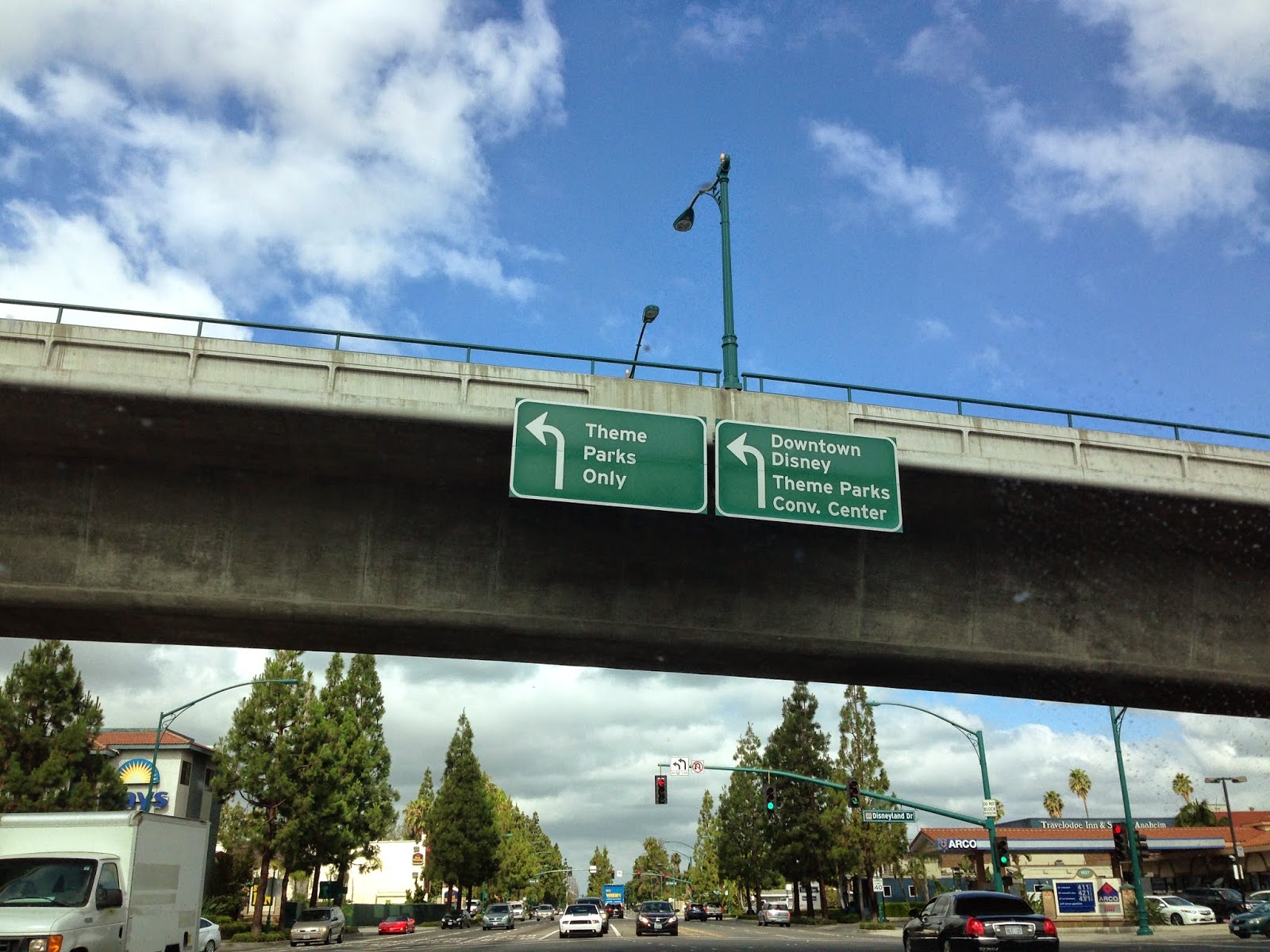 we got stuck parking in a different lot, but this meant that we could walk into downtown disney and hop onto the monorail to get into disneyland. 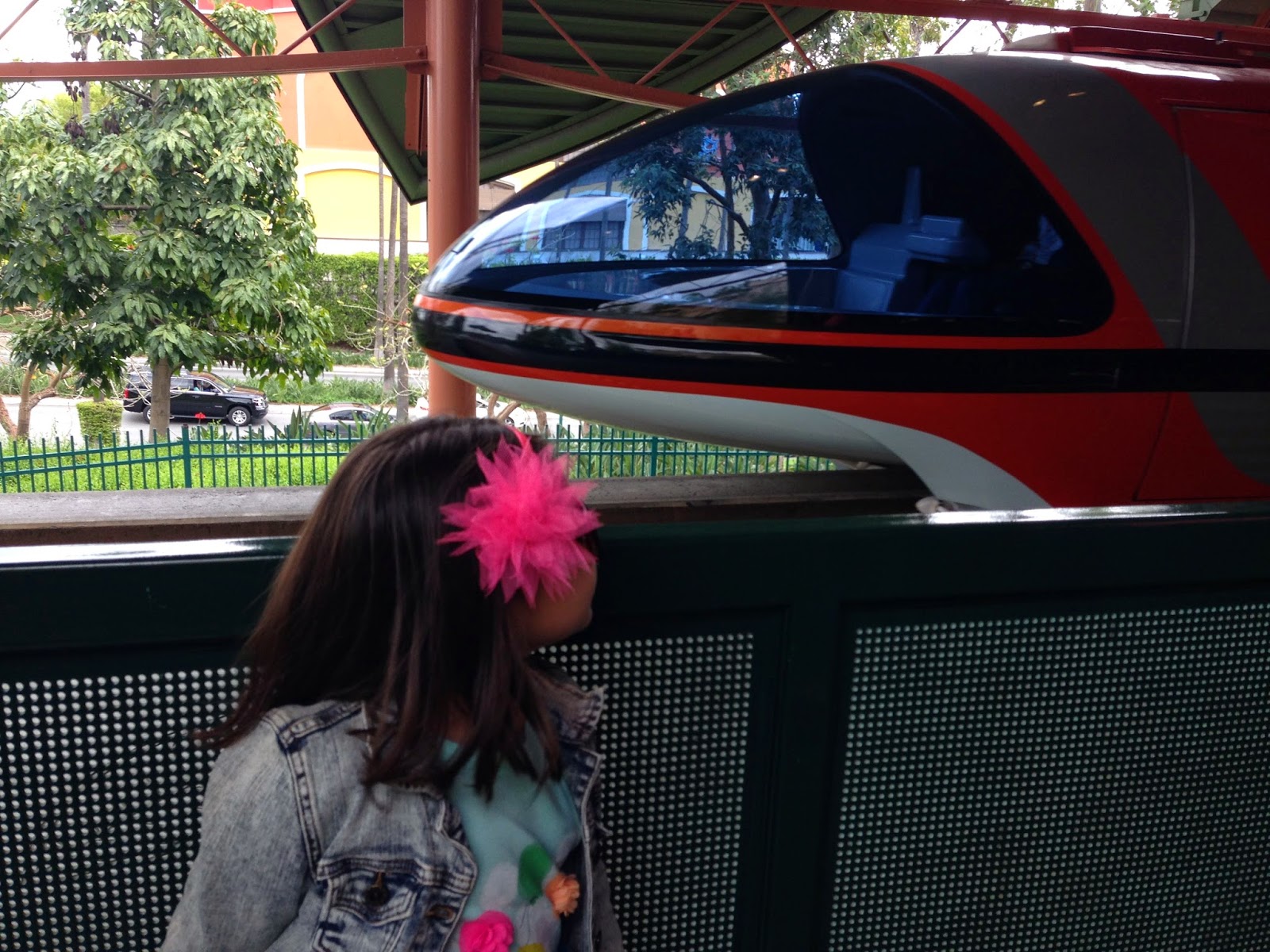 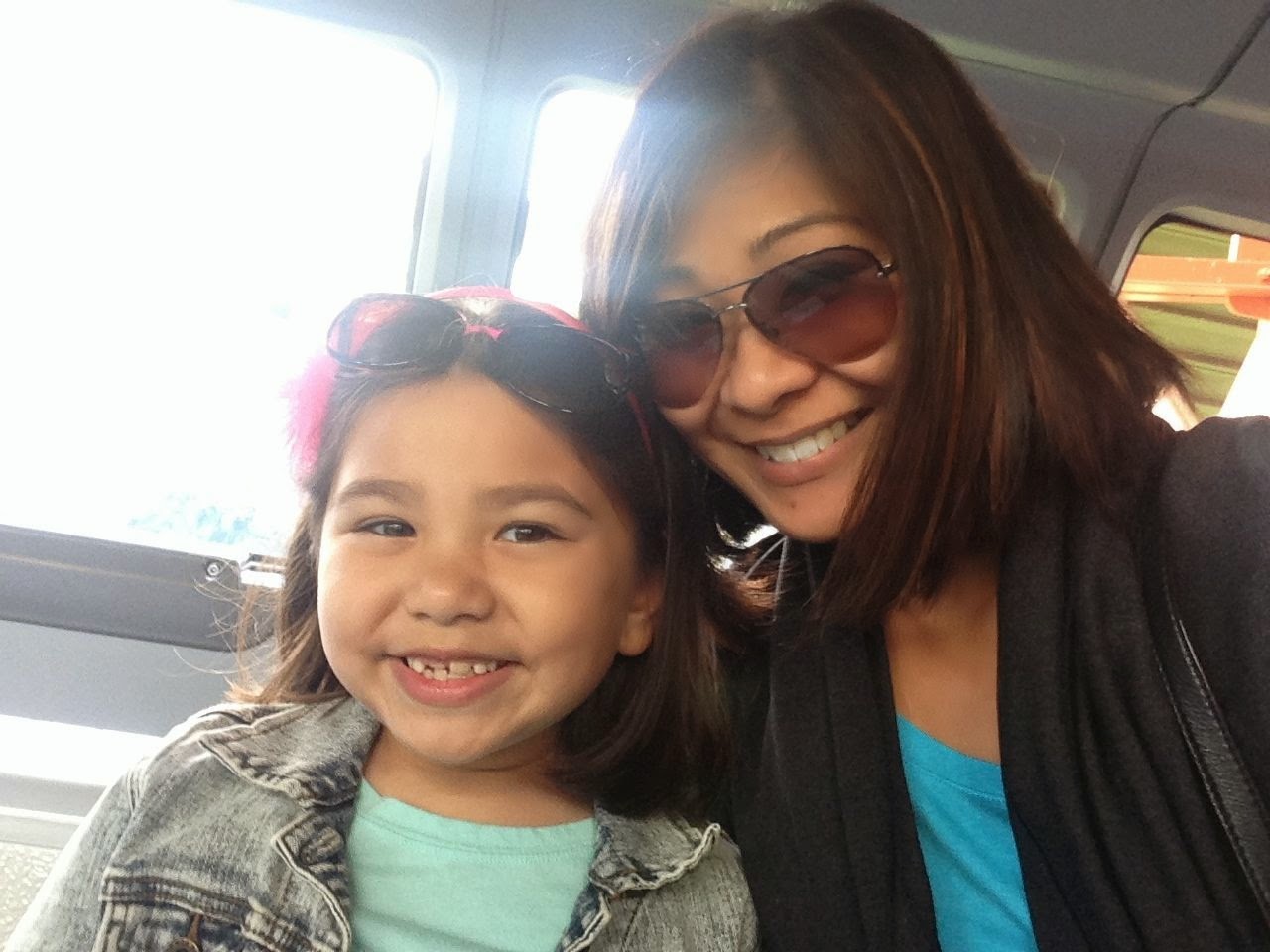 she was still a little confused and asked me if we were going to have to get her a late slip from the office to get her into class.  ha!  when it finally sank in that she didn't have to go to school at all... 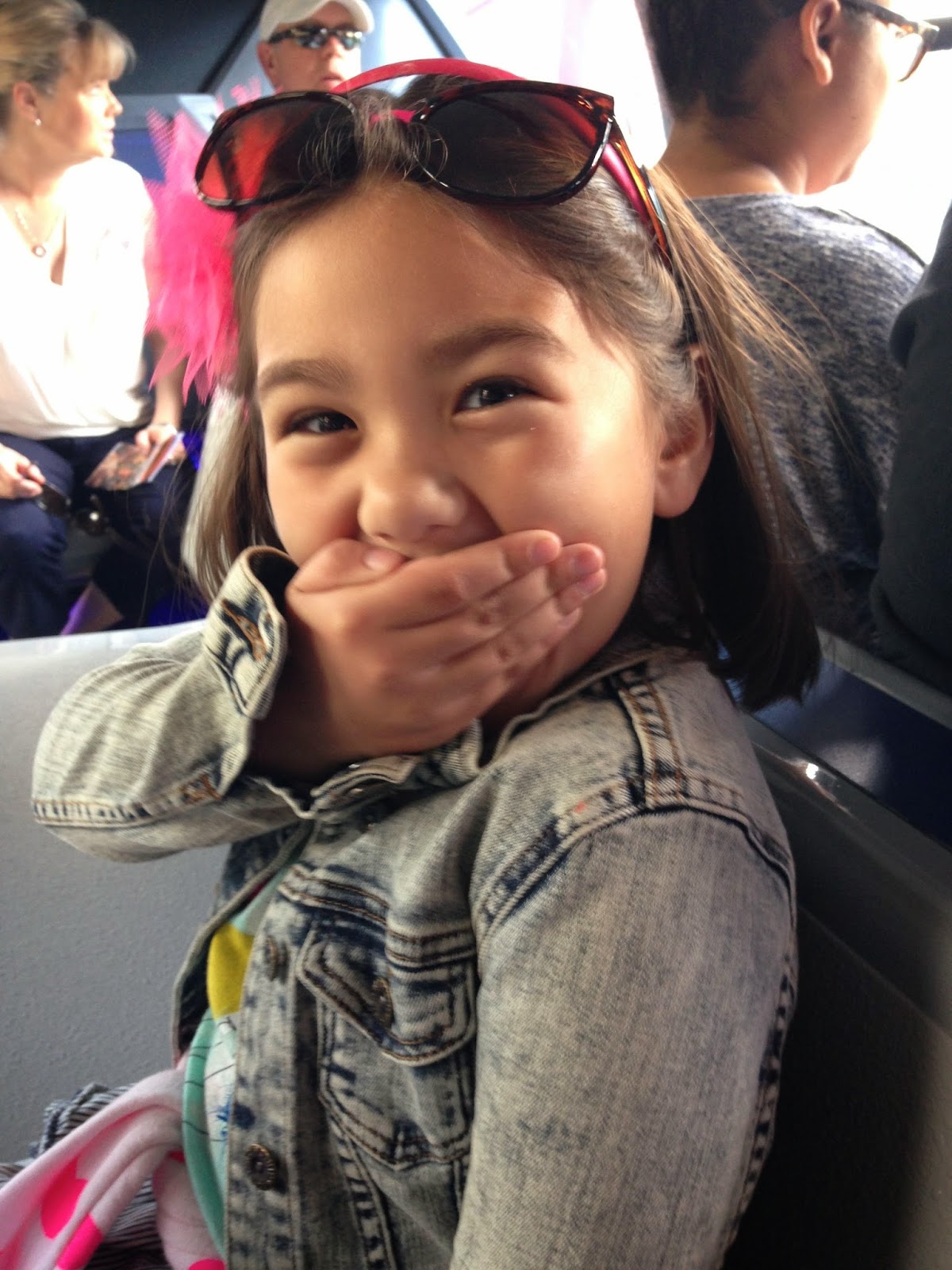 the ride through tomorrowland gave us a glimpse into what it looks like at the finding memo ride when all the water has been drained out. 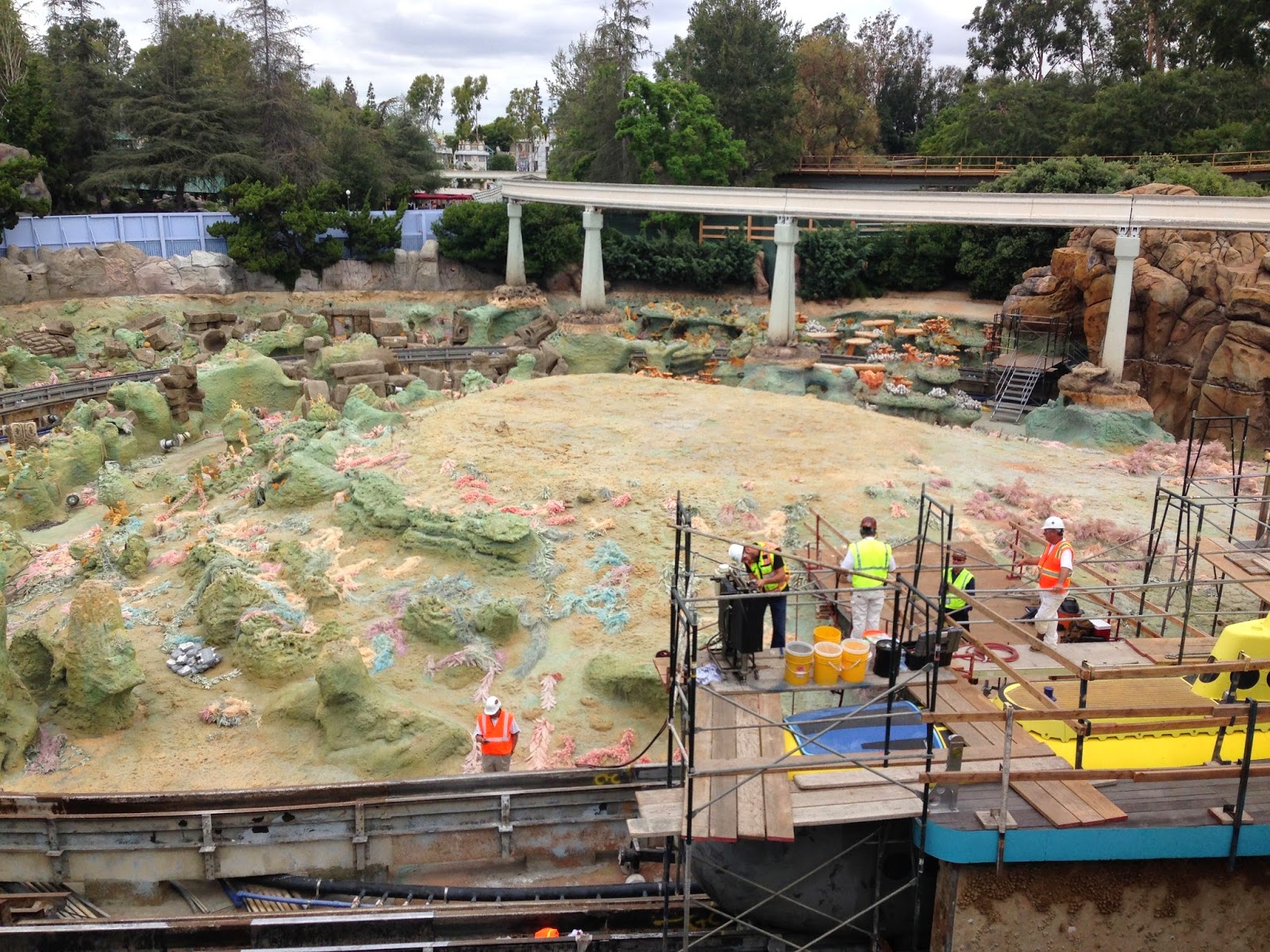 and since we were right there, she decided to take me on a drive on the autopia ride. 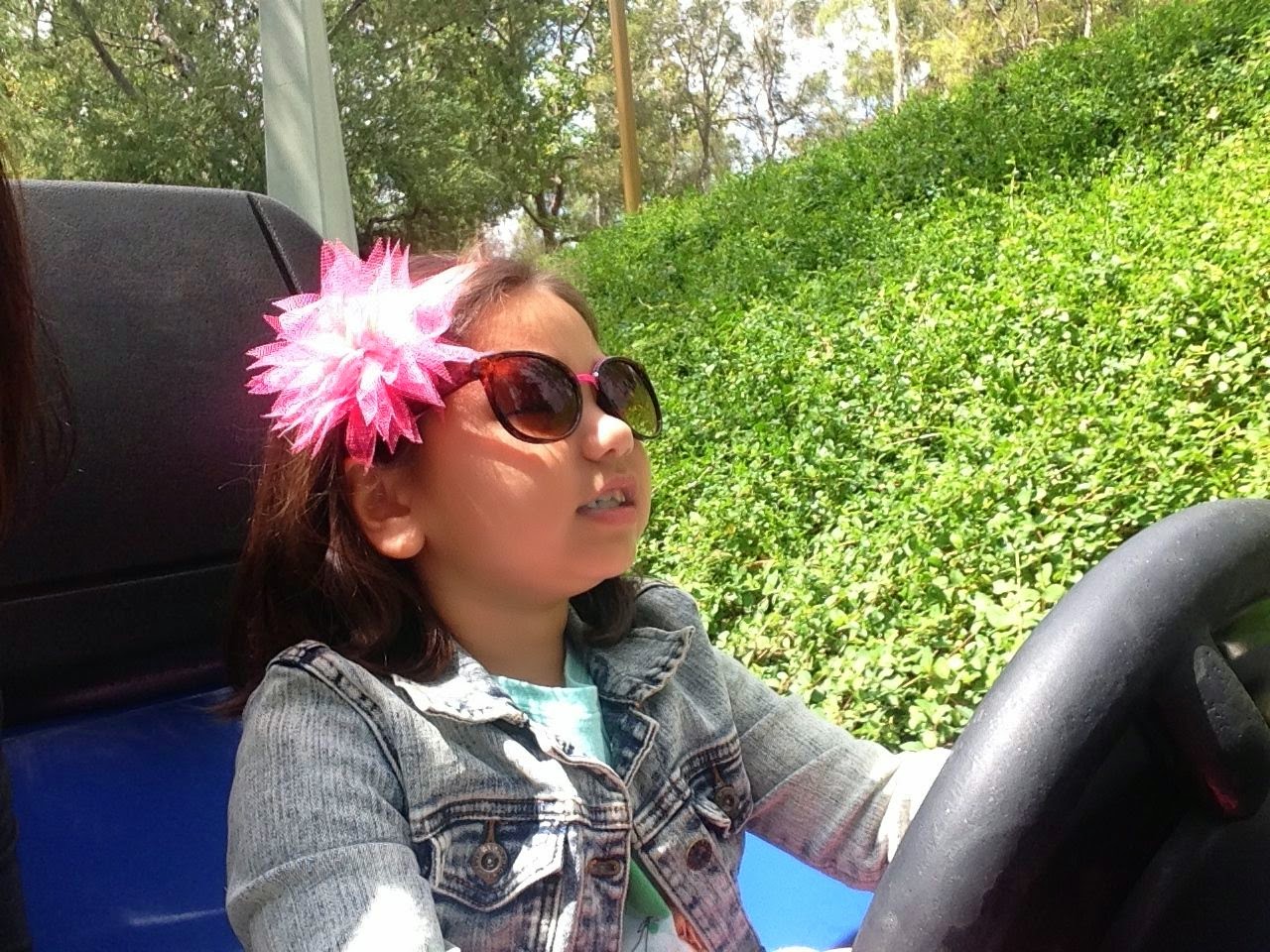 fantasyland is her favorite land. 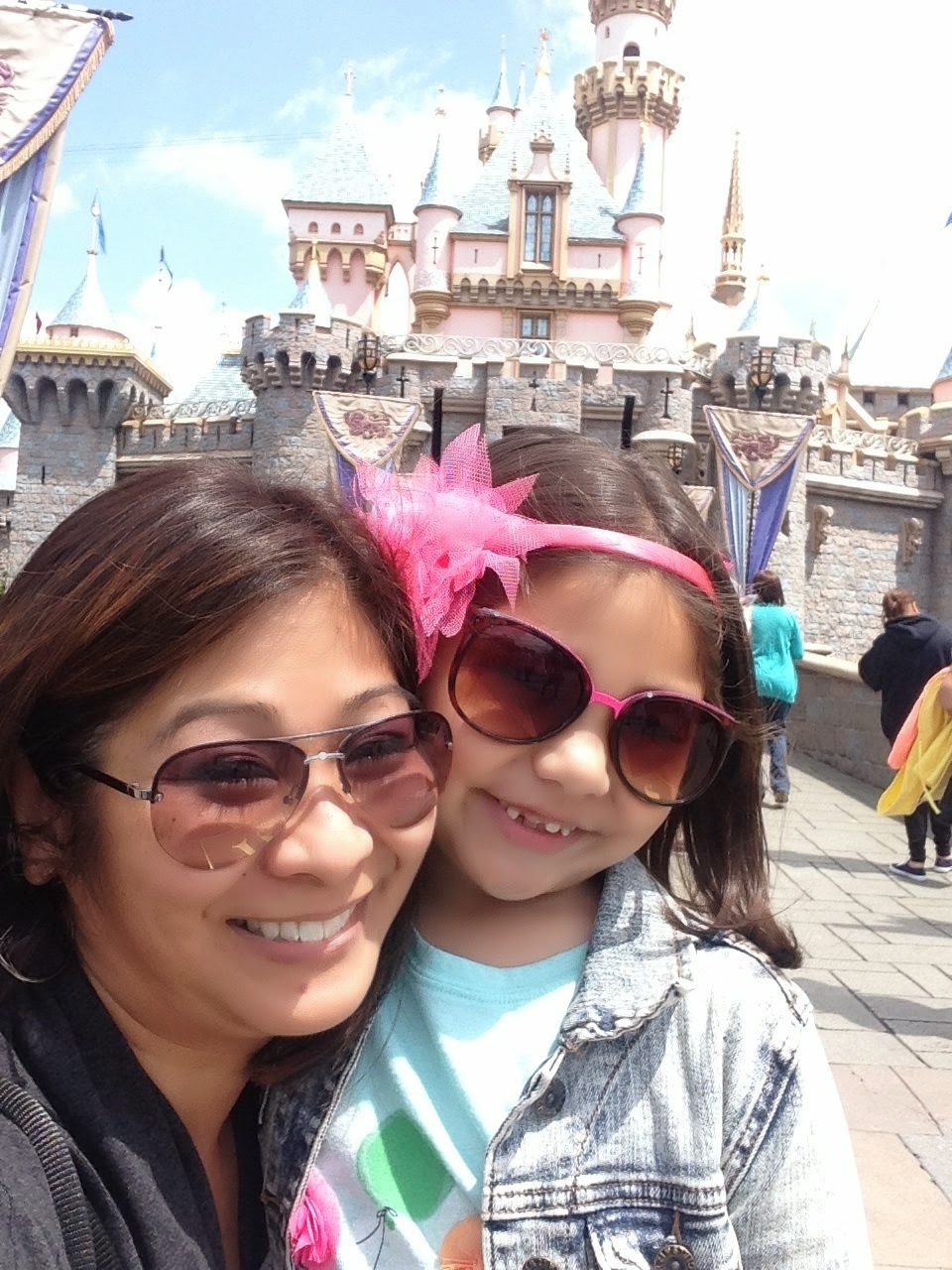 although she hadn't ever noticed the sword in the stone before.  i took her over there, where she inspected it carefully. 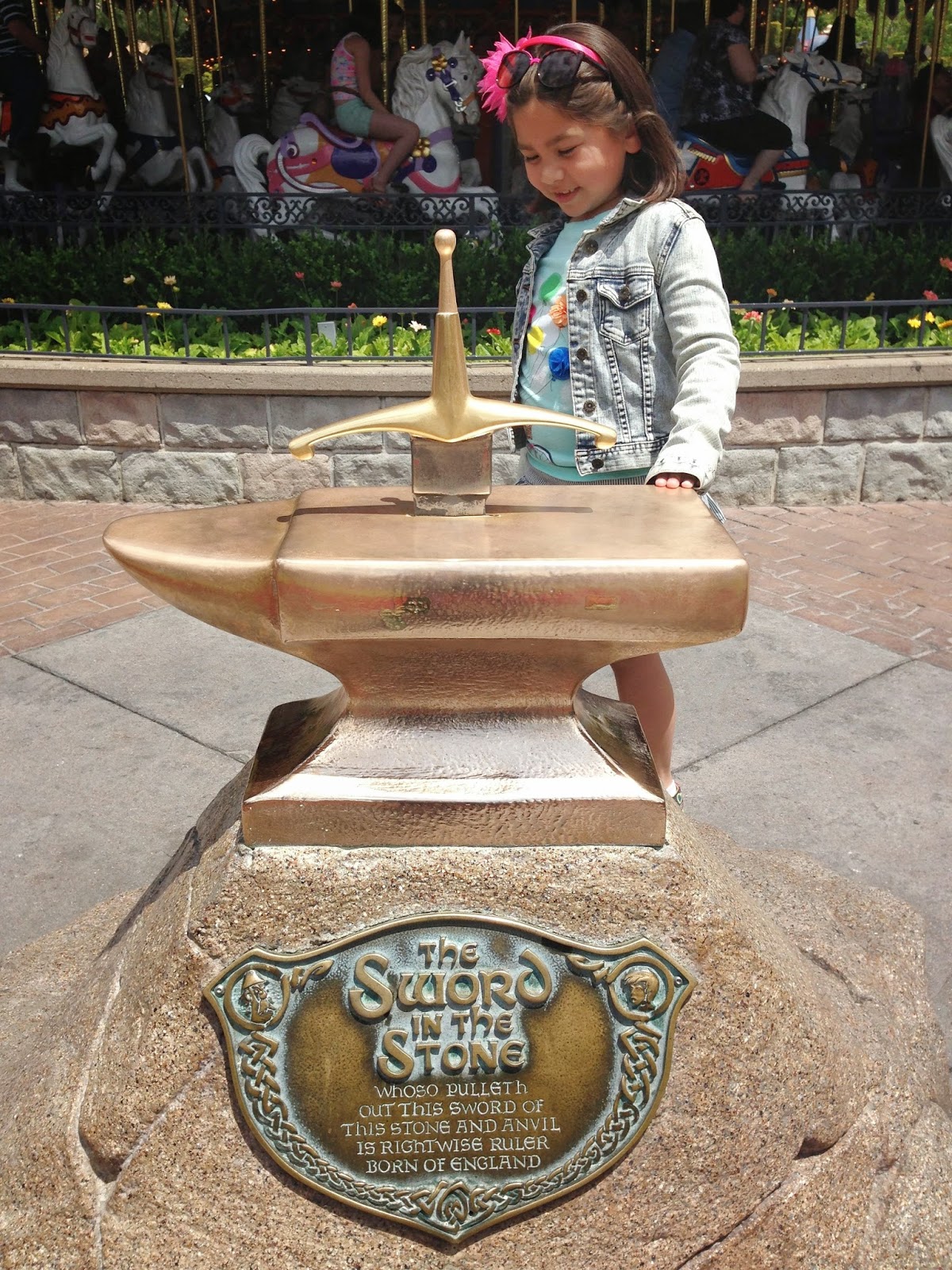 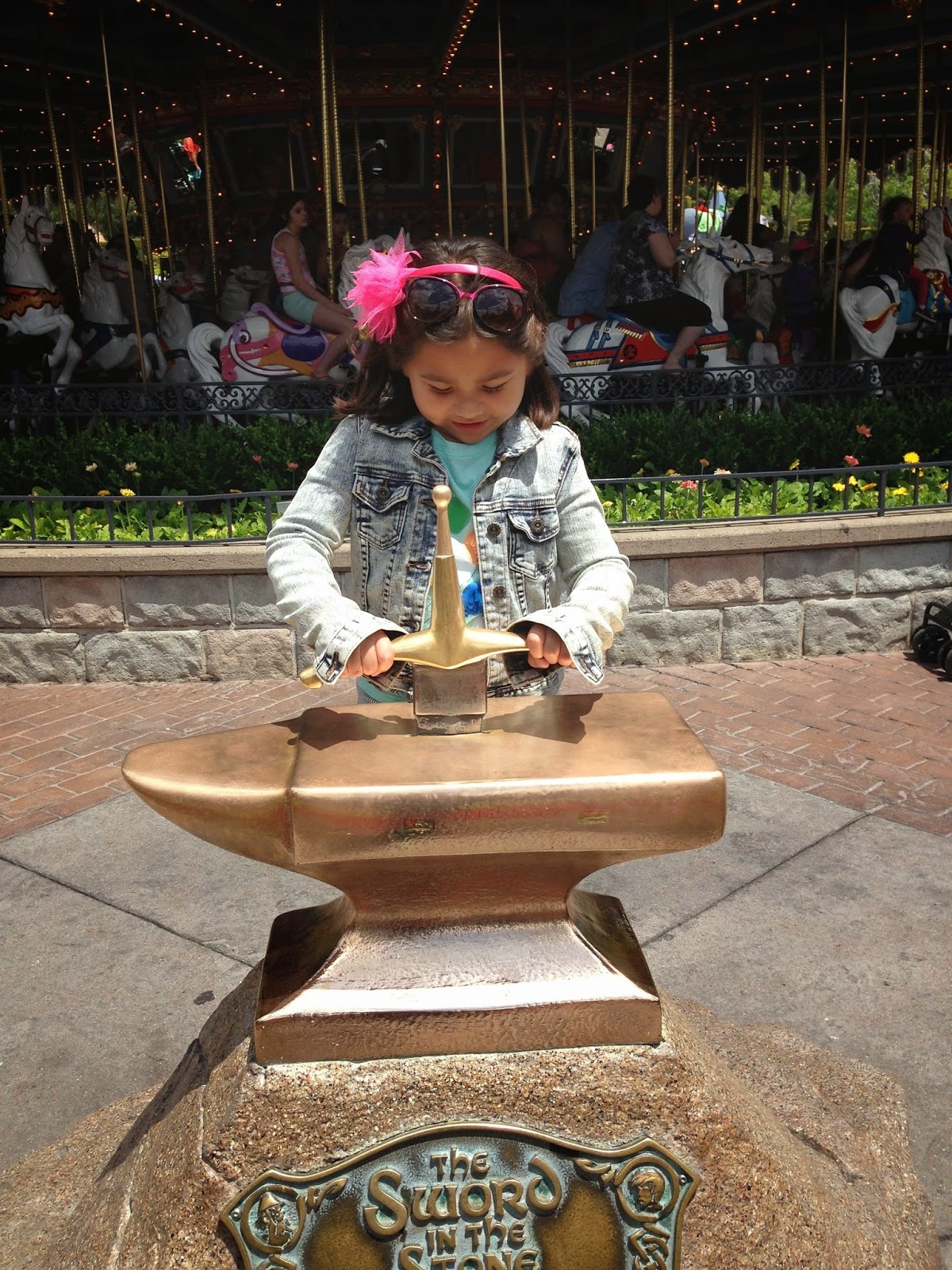 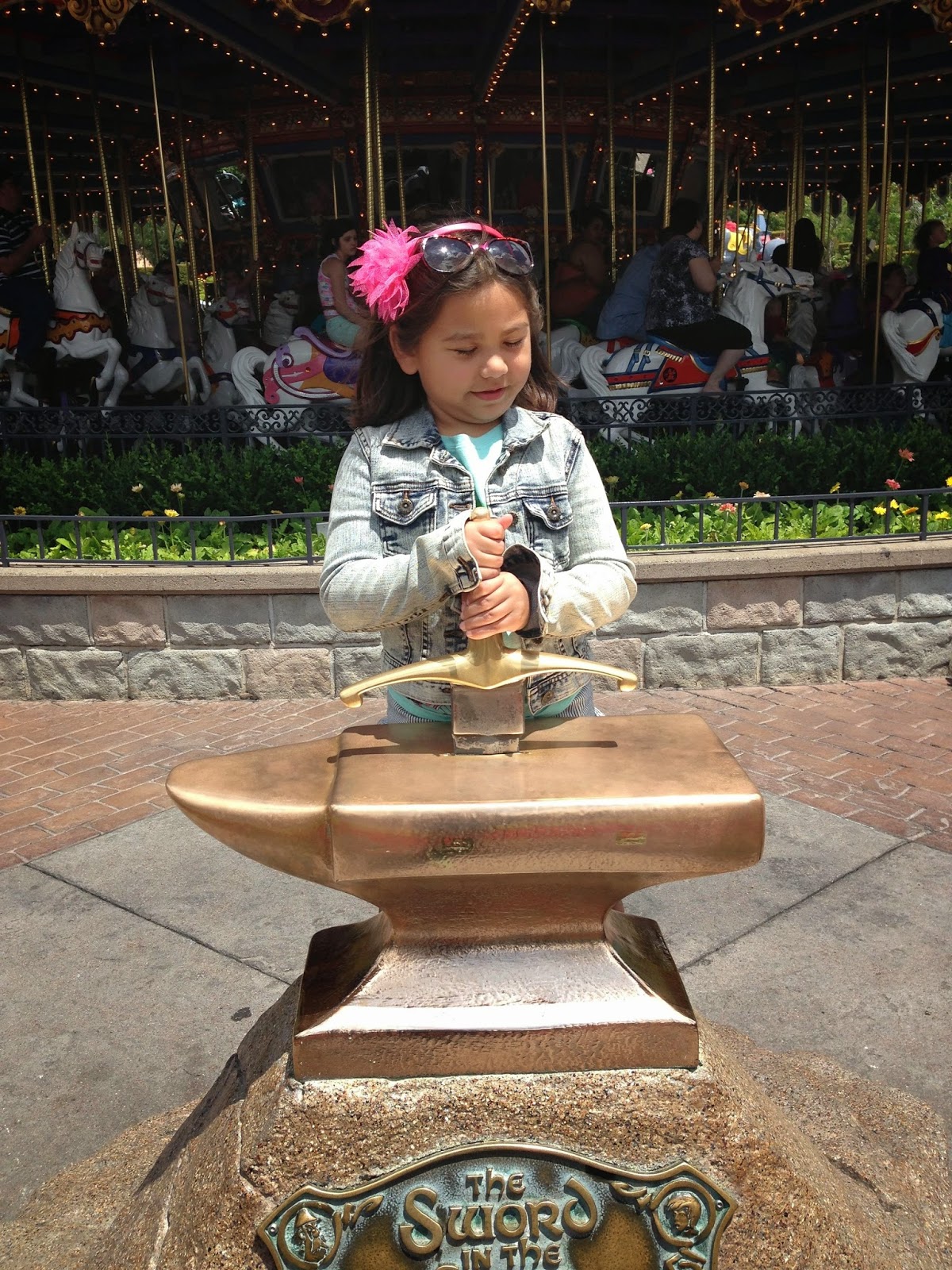 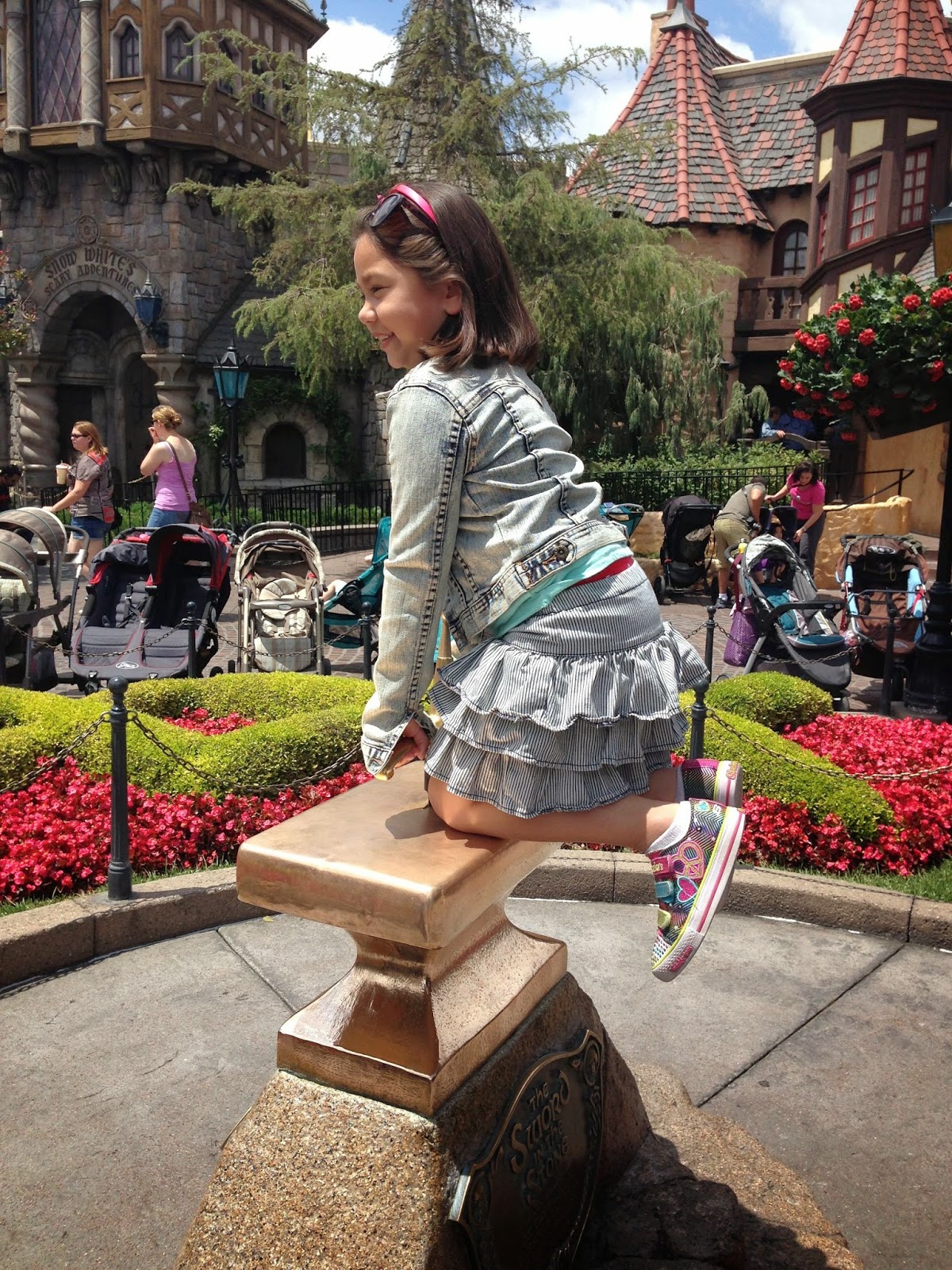 in toontown, we decided to pay minnie a visit at her house. 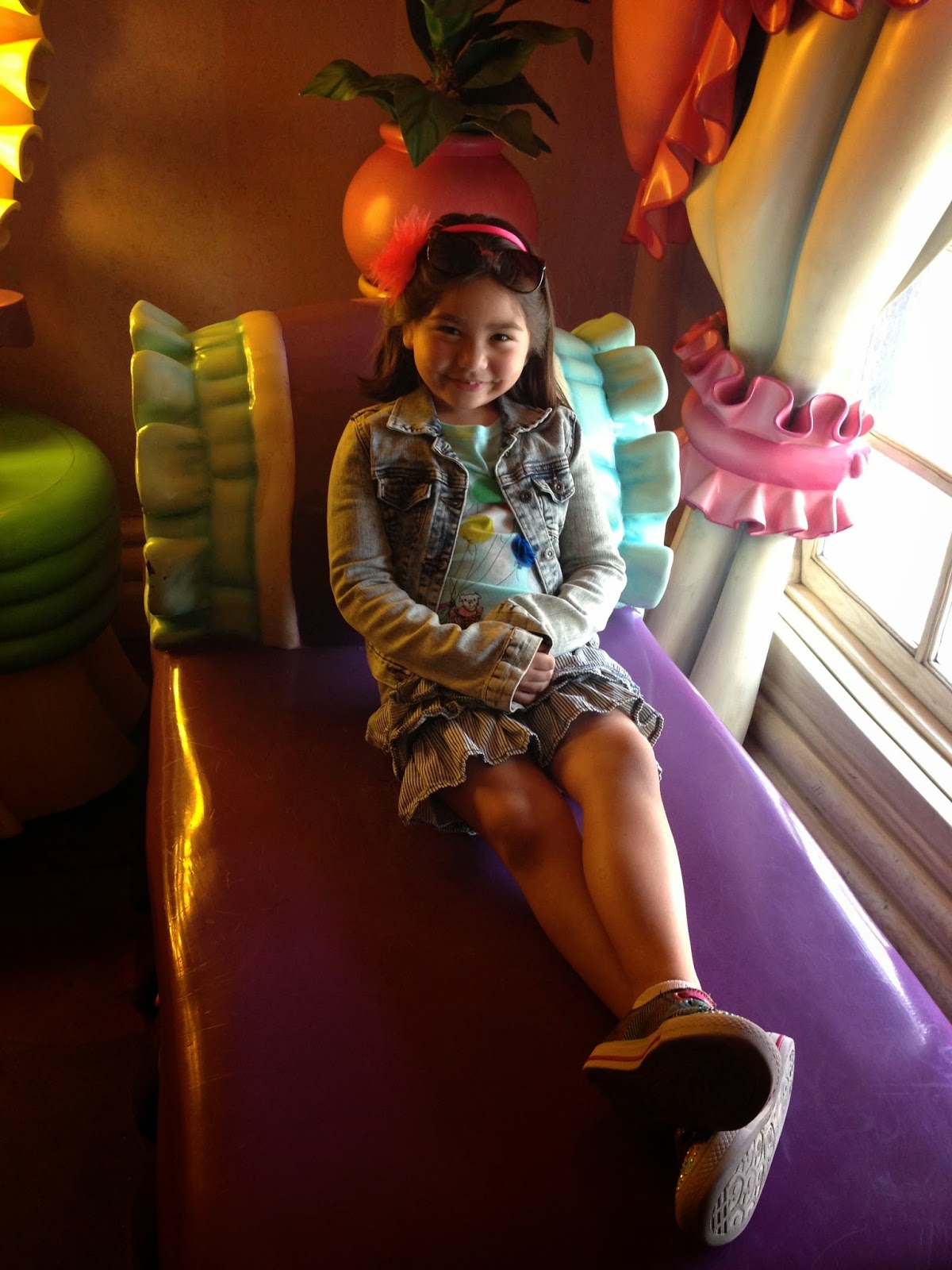 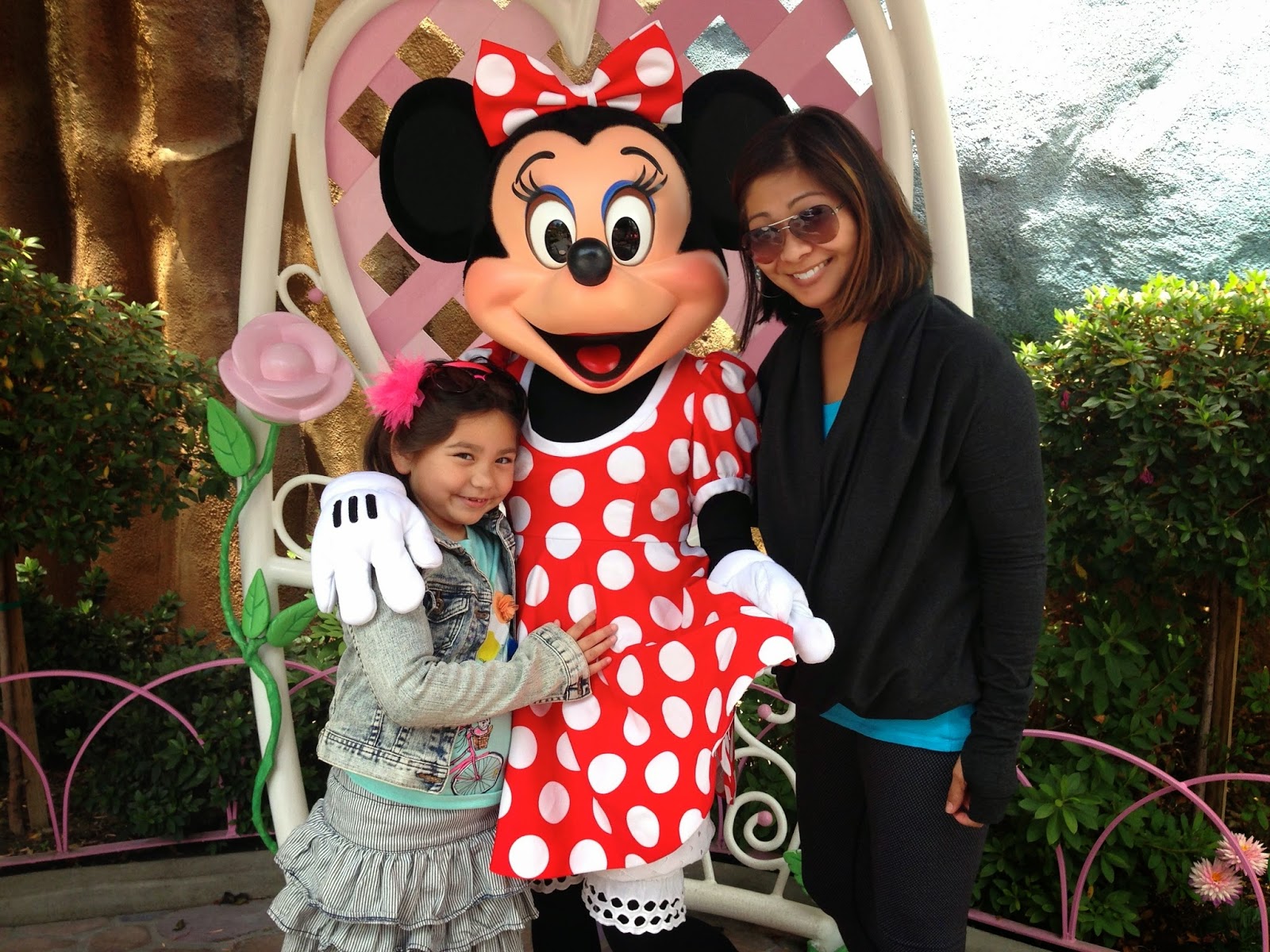 we hung out in toontown for awhile, and then as i glanced at my phone i saw that nanette had texted me to let me know she and em were on their way into the park.  this was another surprise for the bean, who had no idea she'd get to see her buddy again so soon after the elsa party for mini cee. 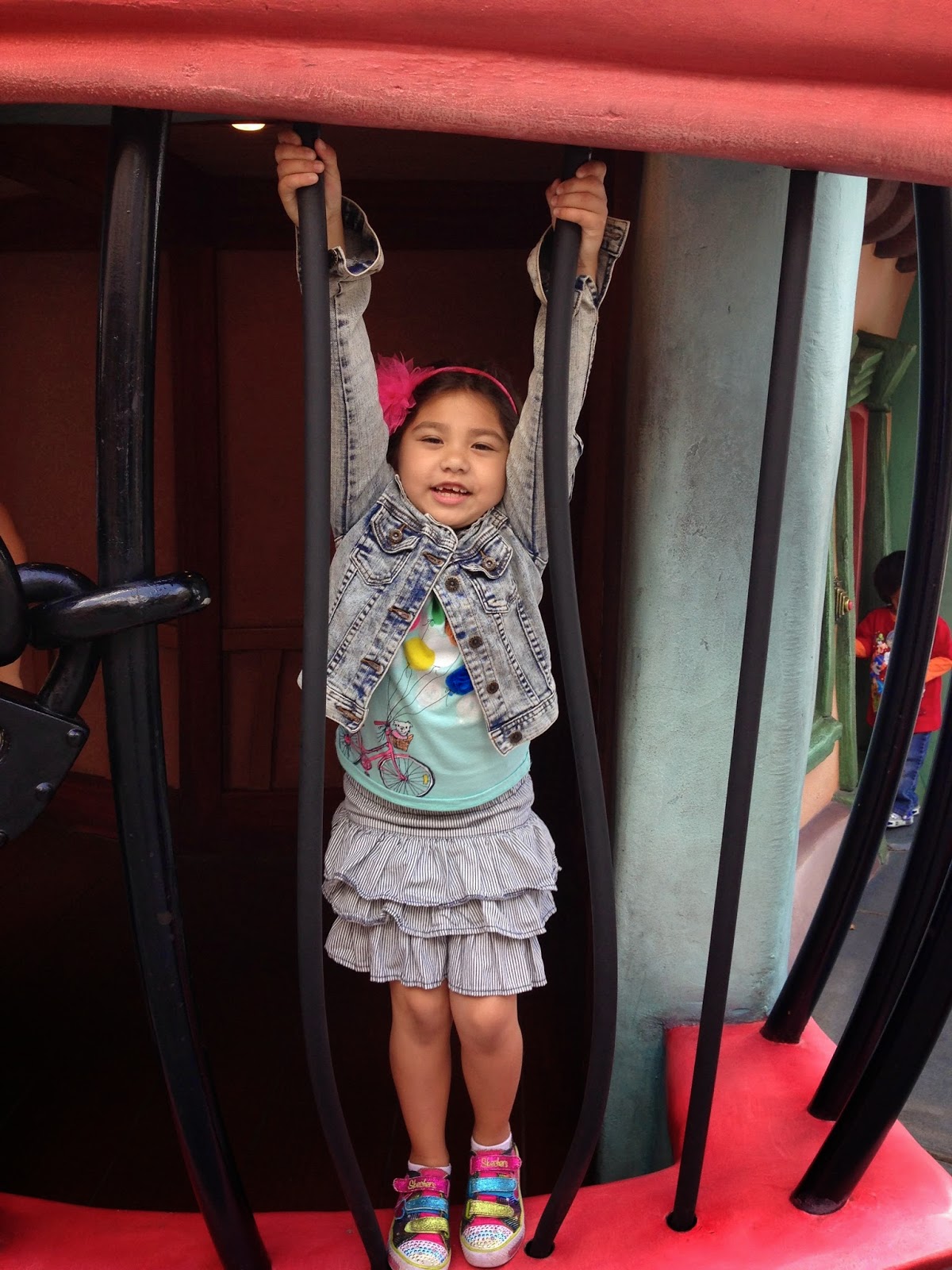 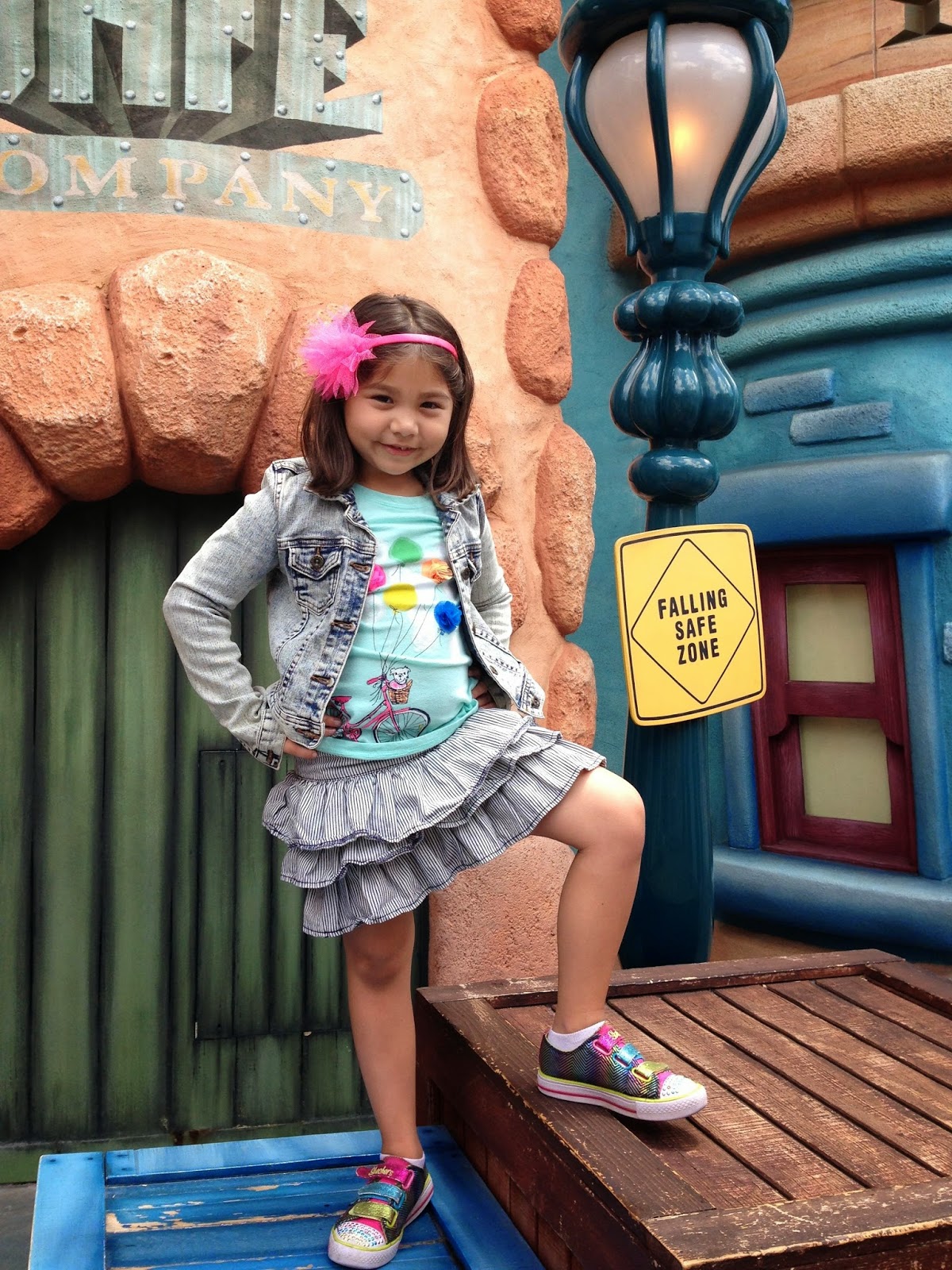 as always, it's so fun to watch them together. 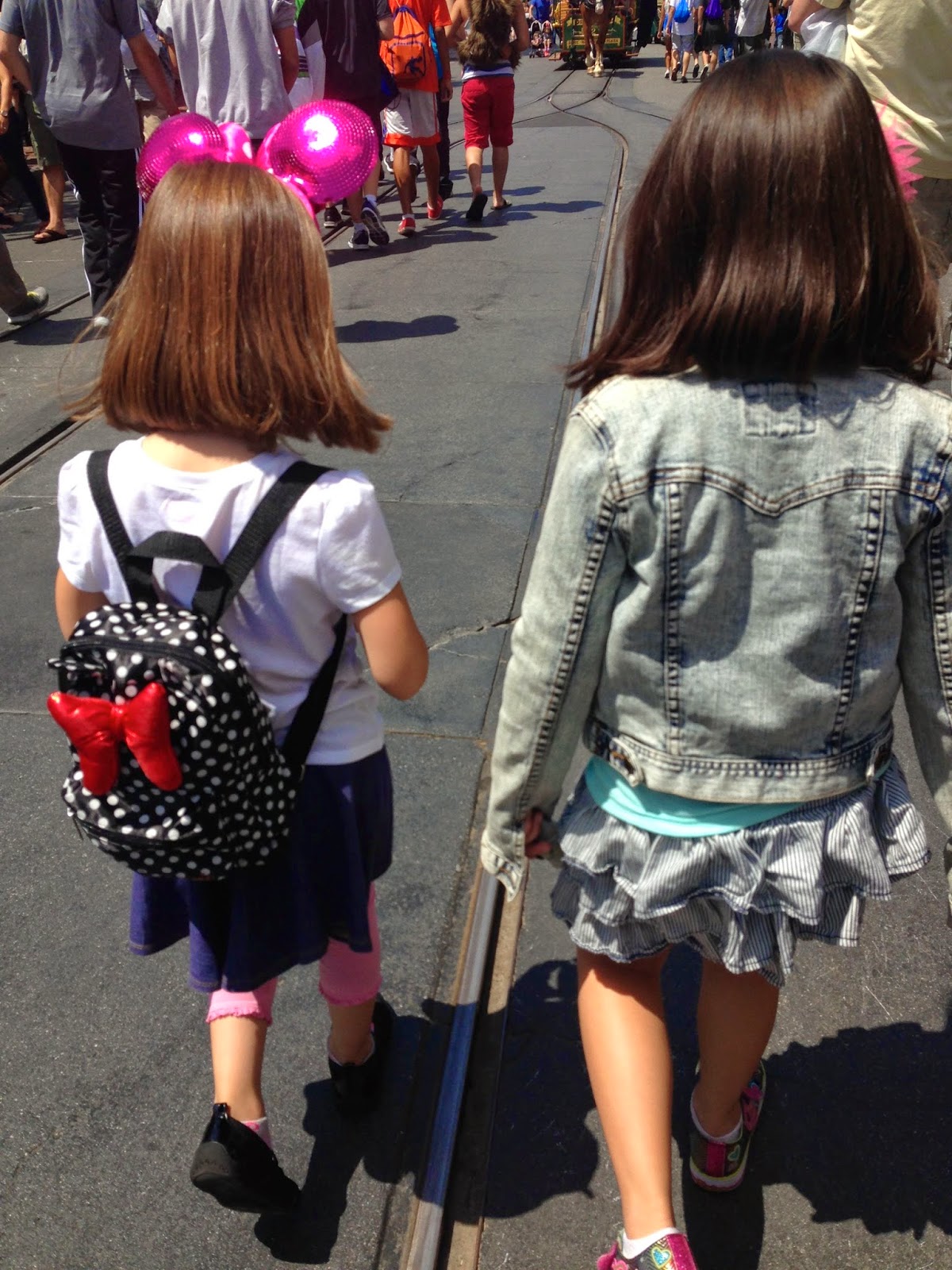 because of her history lessons at school, the bean loves to see the "great moments with mr. lincoln" show.  i'm sure em was sitting there wondering what the hell we were doing there.  as for me, i may have taken a nice little nap during the show. 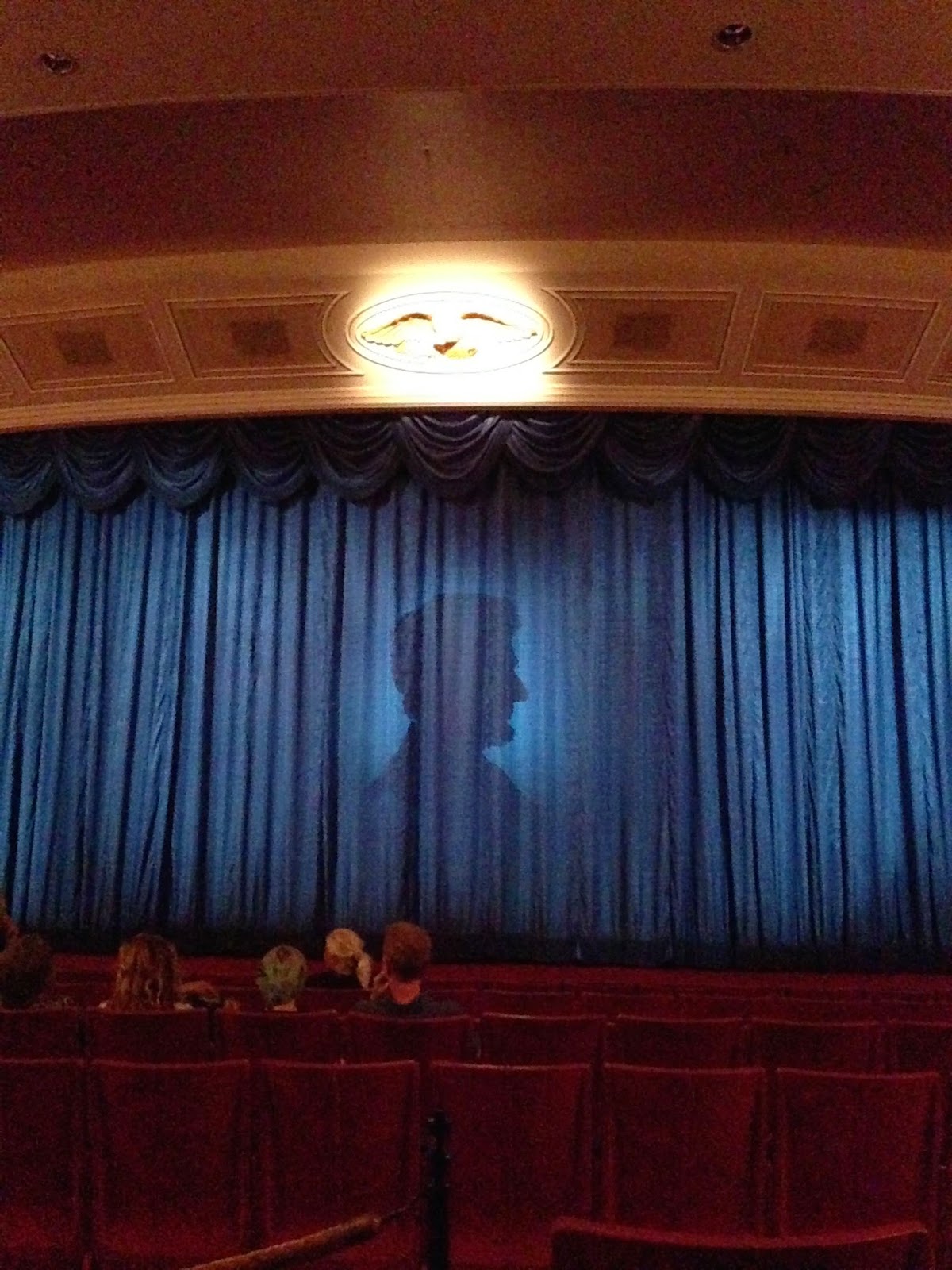 we decided to take the raft over to tom sawyer's island, where the girls had a ball running around and checking things out. 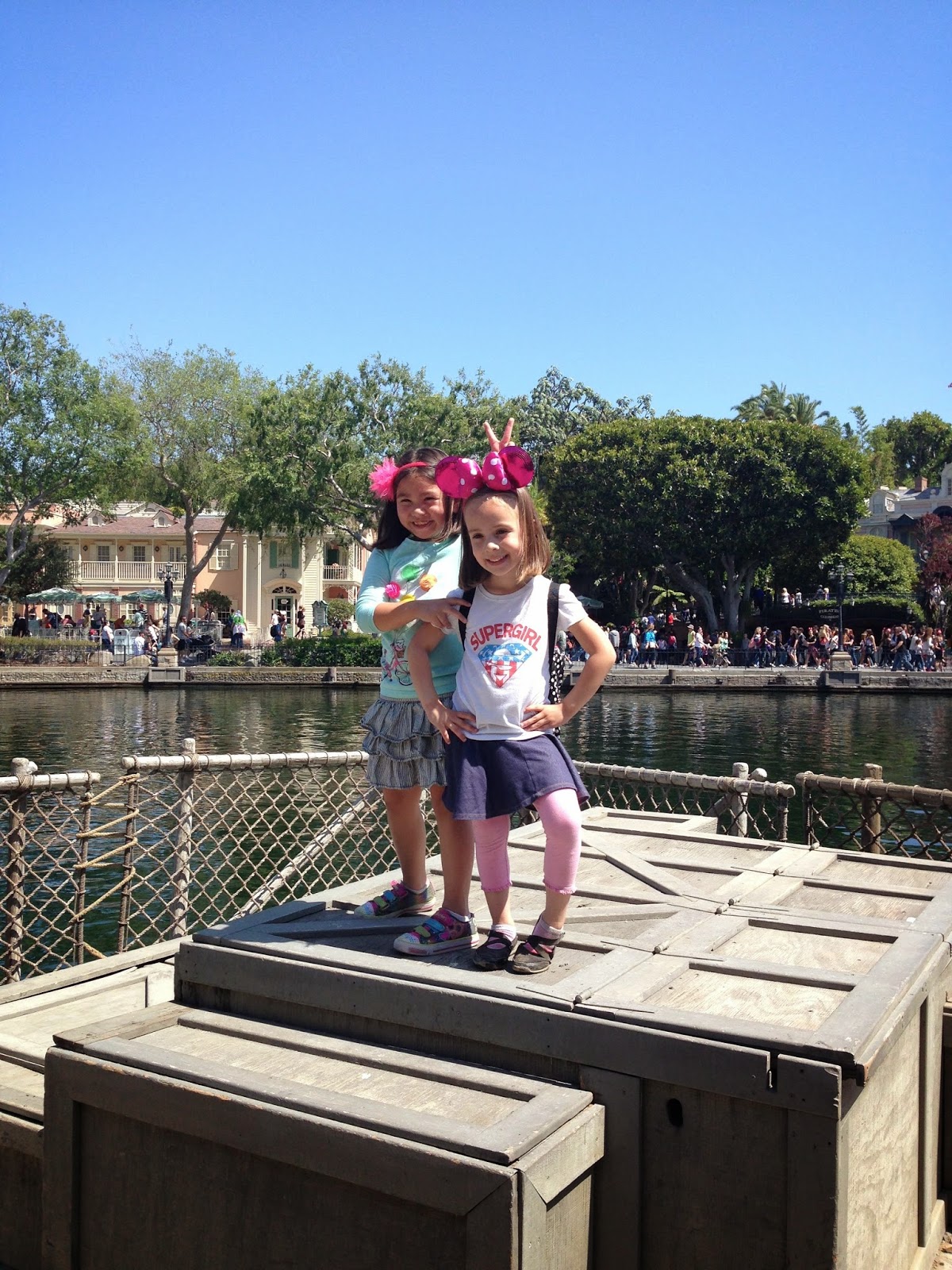 after that, we headed over to california adventure to ride em's favorite ride (the little mermaid). in the esplanade between the two parks, the beginnings of an olaf sand sculpture was coming together for the 24-hour party at the parks a couple of days later. 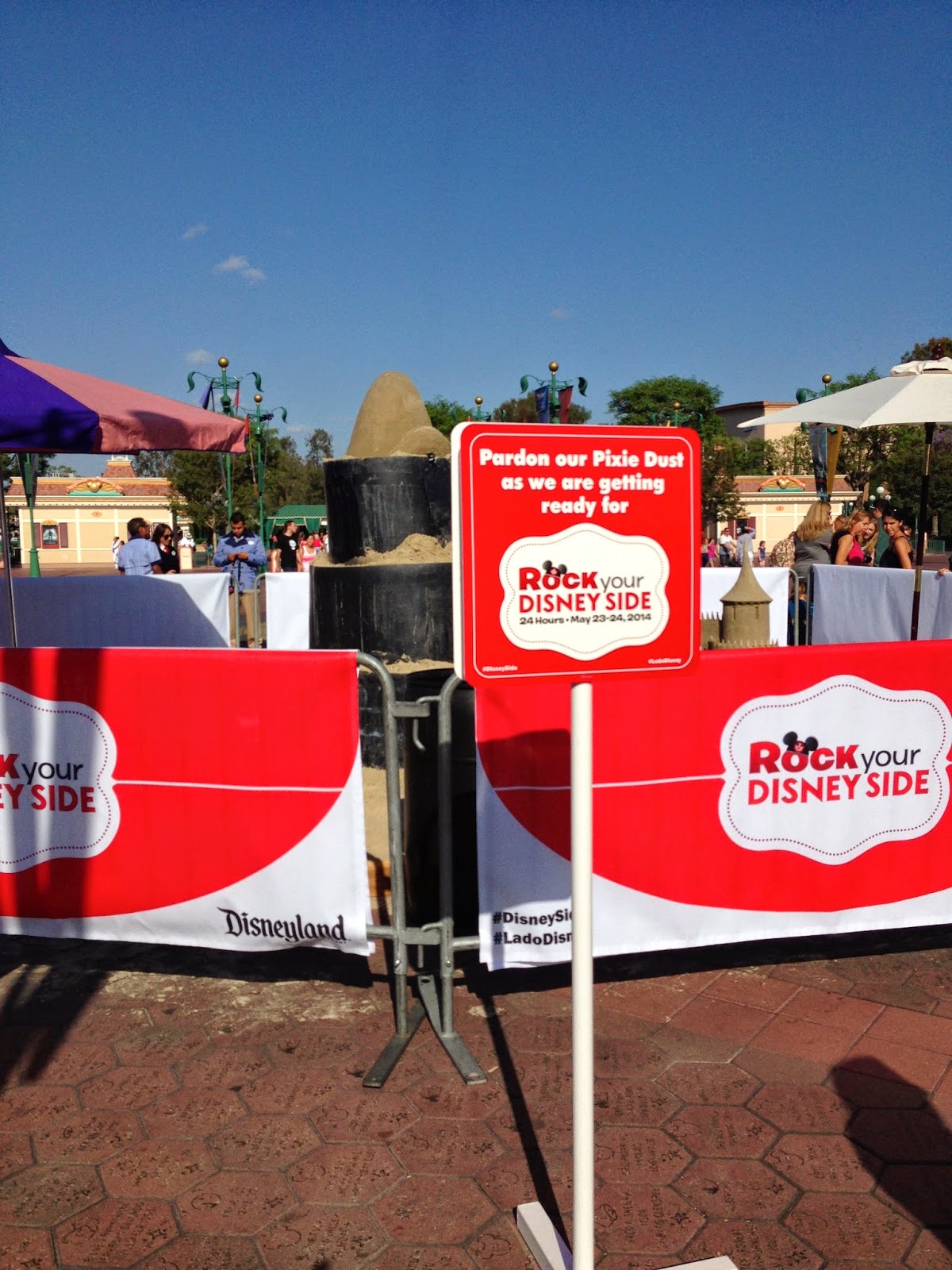 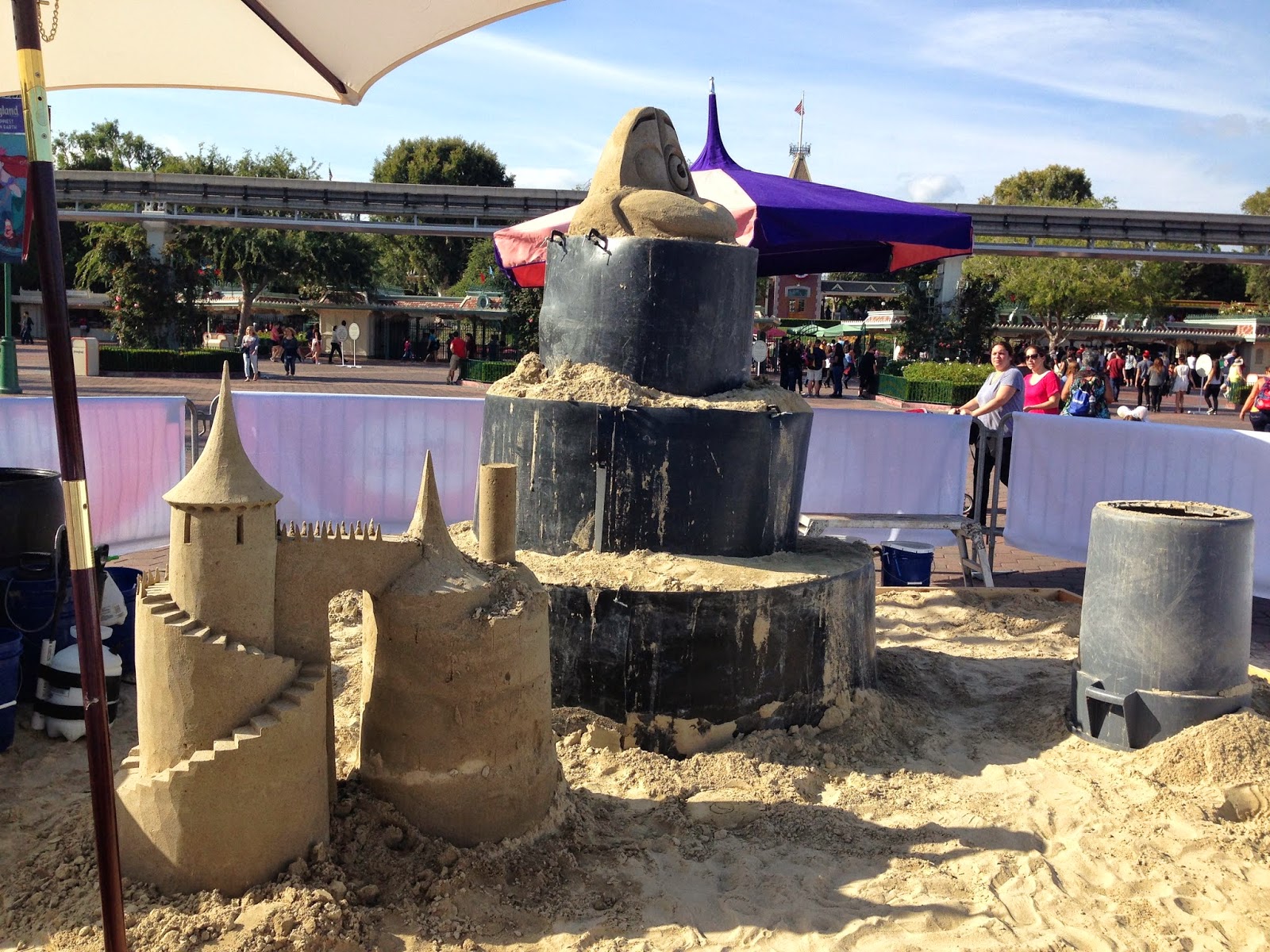 there was a murmur of excitement as we went through the turnstiles, and as we got into the park nanette noticed something - someone - that must've been the reason for all the hubbub.  miranda cosgrove, aka "iCarly" was there to play at the park. 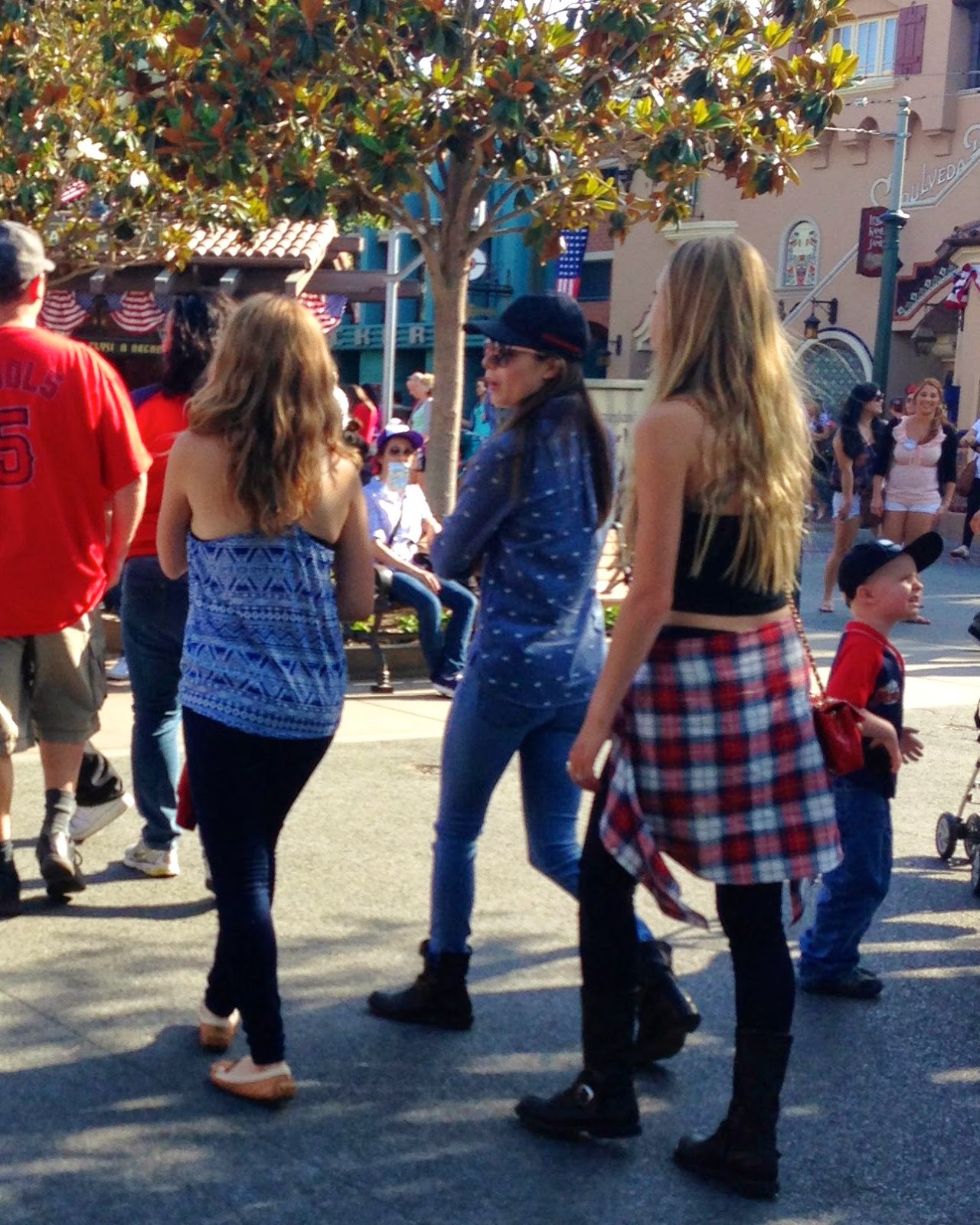 it was really fun to be there with friends, and the time flew by.  before we knew it, it was time for me and the bean to head home.  with school the next day, i knew i needed to get her home to unwind and have some dinner before settling down for the night.  plus, i could tell she was exhausted from the long day.  since we have annual passes, we typically just go for a few hours at a time.

but before we left, just one more photo op with the mouse himself: 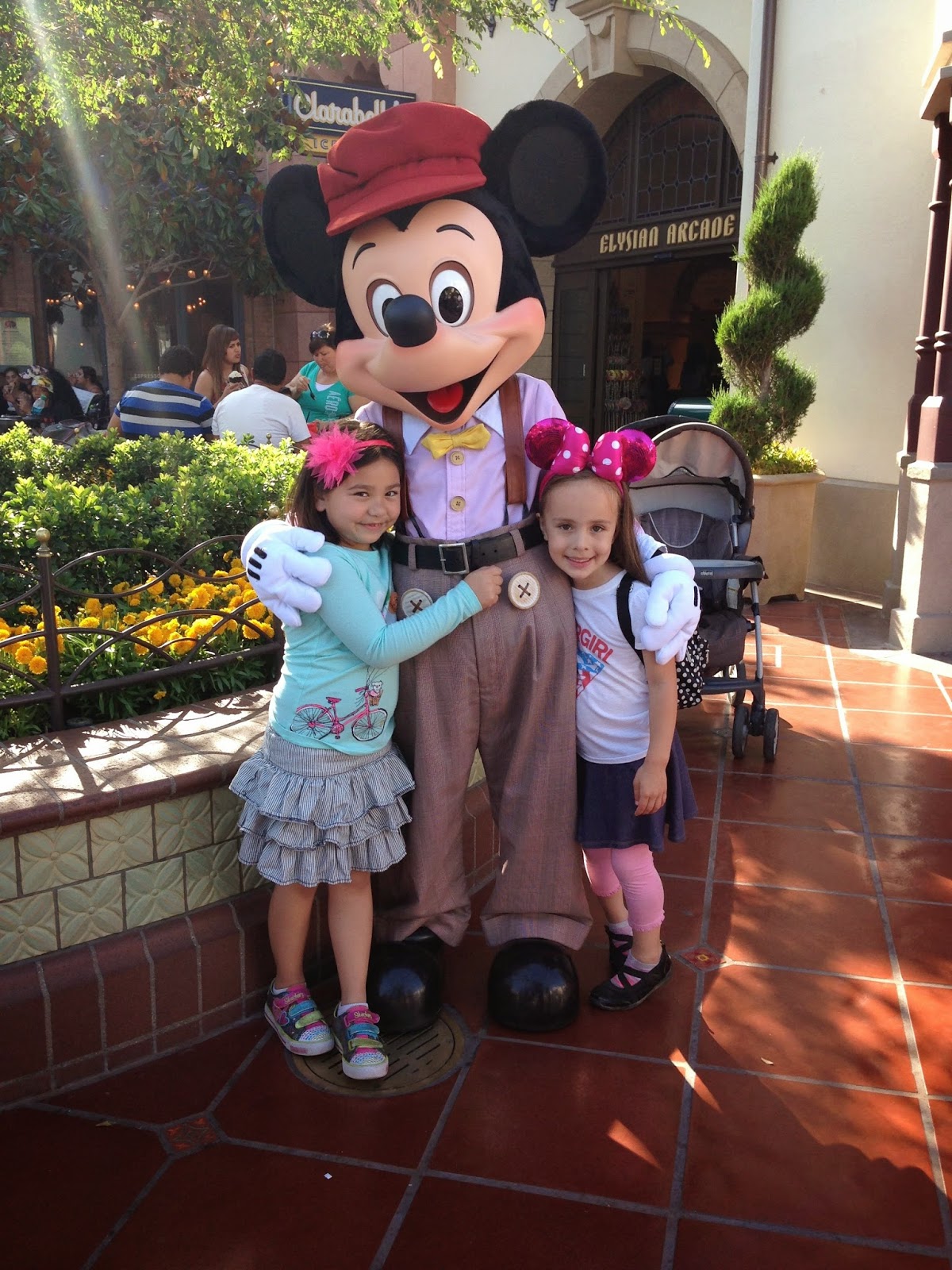 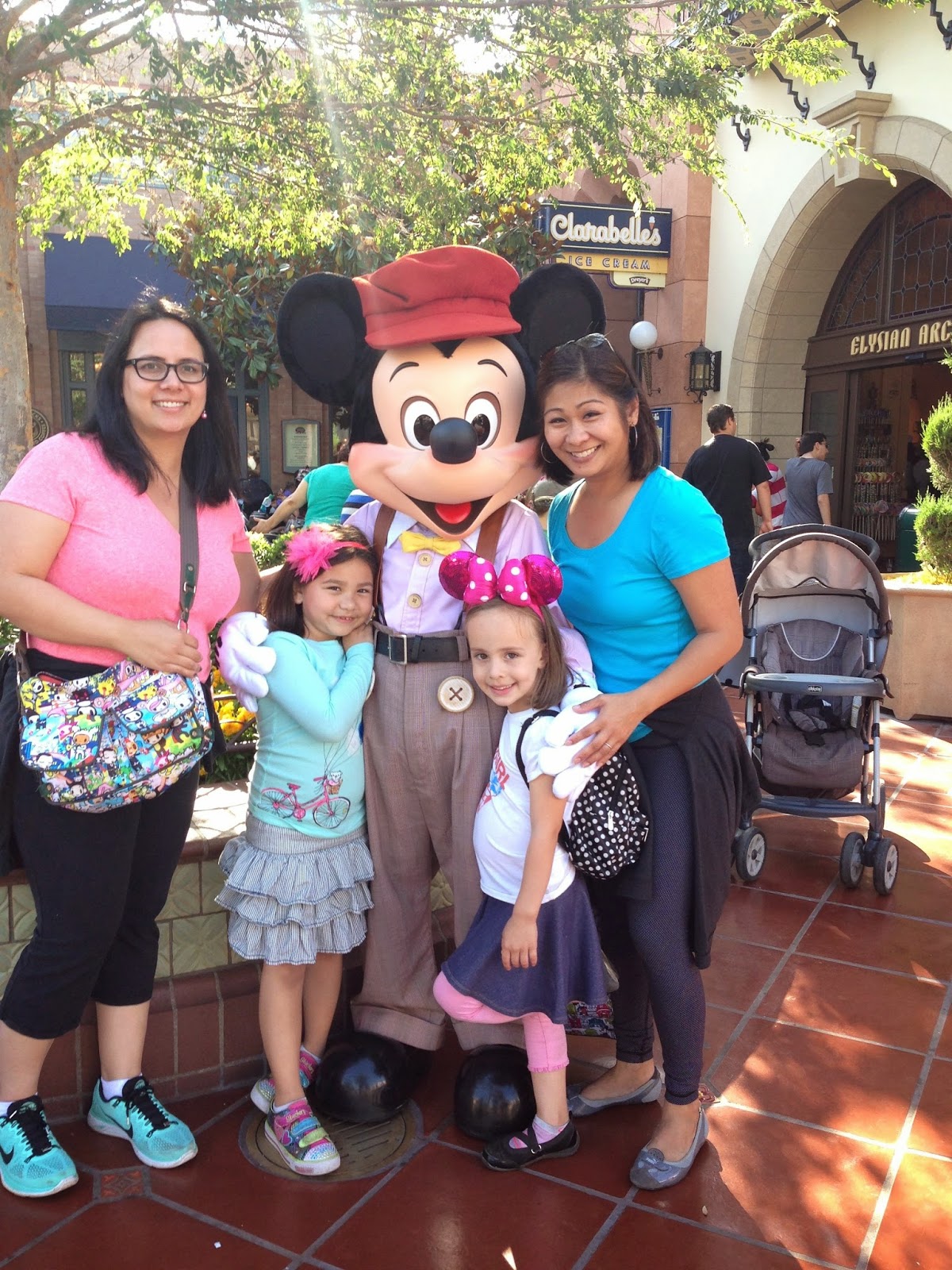 another dose of disney magic

when you buy two-day park passes to disneyland, you have to use the second ticket within two weeks of going the first time.  and due to sche...