gimme all the free t-shirts

disney is always doing some sort of contest, with all sorts of prizes from merchandise to trips to cruises and stuff.  i enter them often, along with a kajillion other people, and it's always fun to imagine what it would be like to win something.  we all know how much i love me some freebies.

so when i got an email about a drawing for disney annual passholders to see a sneak peek screening of their new movie "million dollar arm," the auto-pilot kicked in and i filled out the entry form for me, the hub and the teen.  i didn't even know anything about the movie other than that it was some sort of sports-oriented story starring jon hamm. 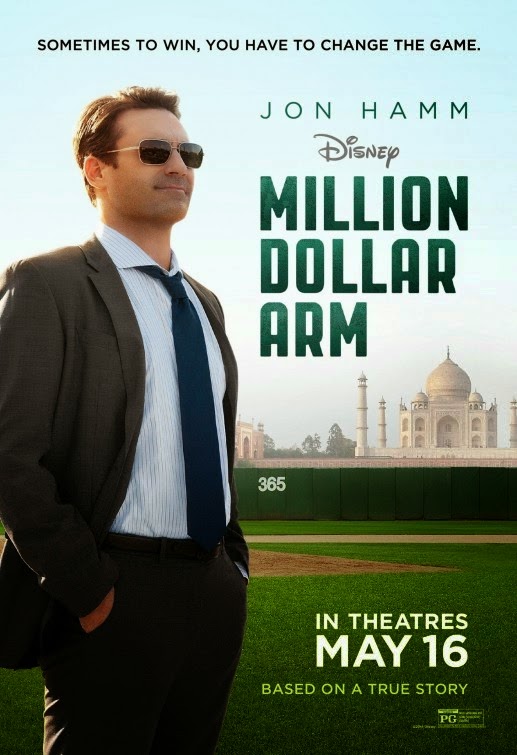 well, wouldn't you know it - the teen checked her email one afternoon and noticed that she'd received something about a contest.  i hadn't even told her that i entered us all into the contest, because i never anticipate winning those things.  but sure enough, when she showed me the email, it was basically notifying her that she'd been selected to bring a fellow annual passholder to downtown disney for a pre-party at espn zone and a screening of the movie.

as we were getting ready to head down to anaheim on movie day, the hub asked me if i even knew what the movie was about.  i was like, "um, no.  but from the title...maybe football?"

"so you're going to this thing and you don't even know what it is?  just because it's from disney?"

"you're such a disney whore."

downtown disney was crowded when we got there.  it was mid-morning on a saturday, and a lot of people head out there because you can park for three hours free and get a little taste of disney without having to pay the exorbitant park ticket prices.  we still managed to find a parking spot fairly easily though, and made a beeline for espn zone. 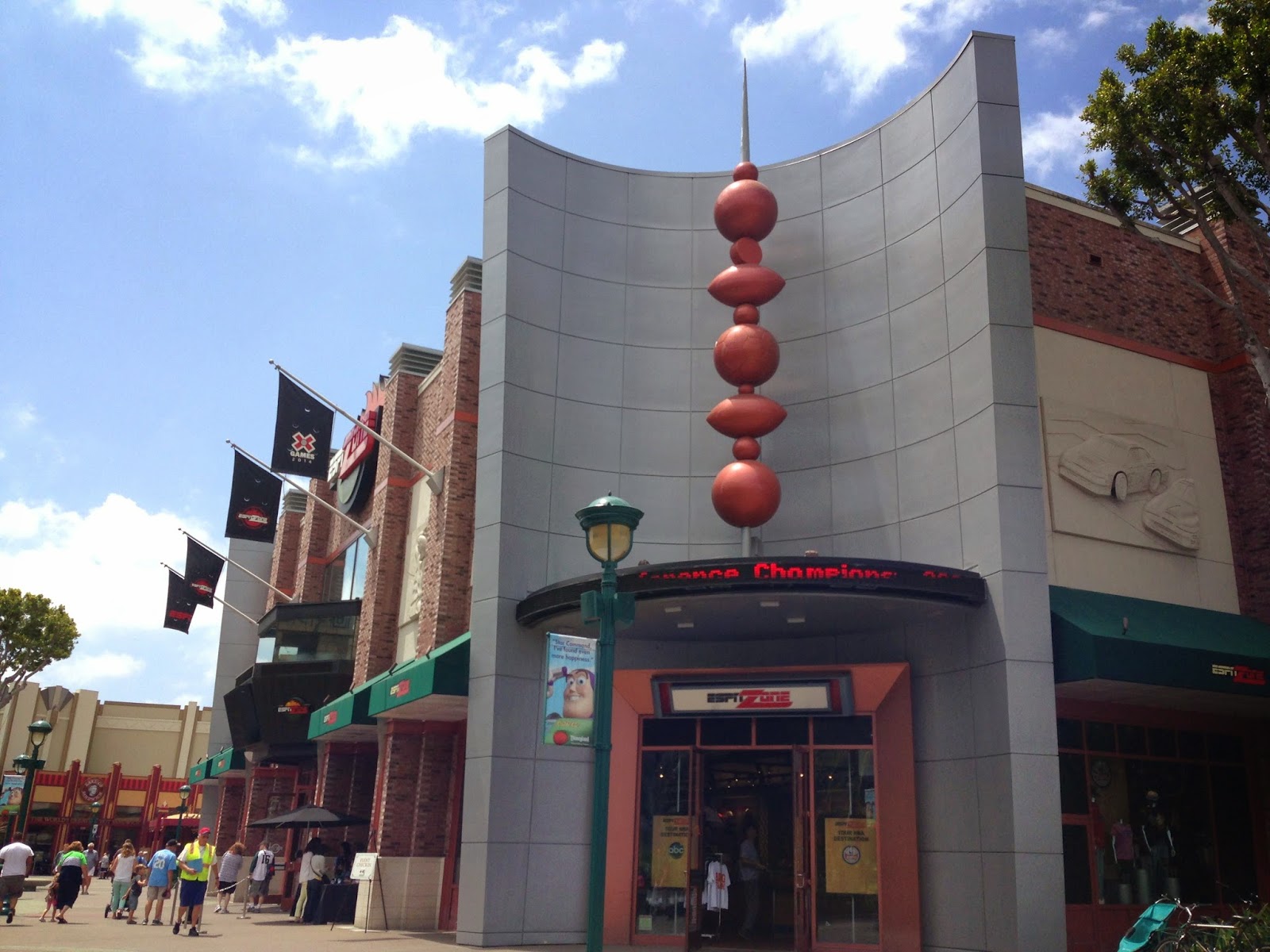 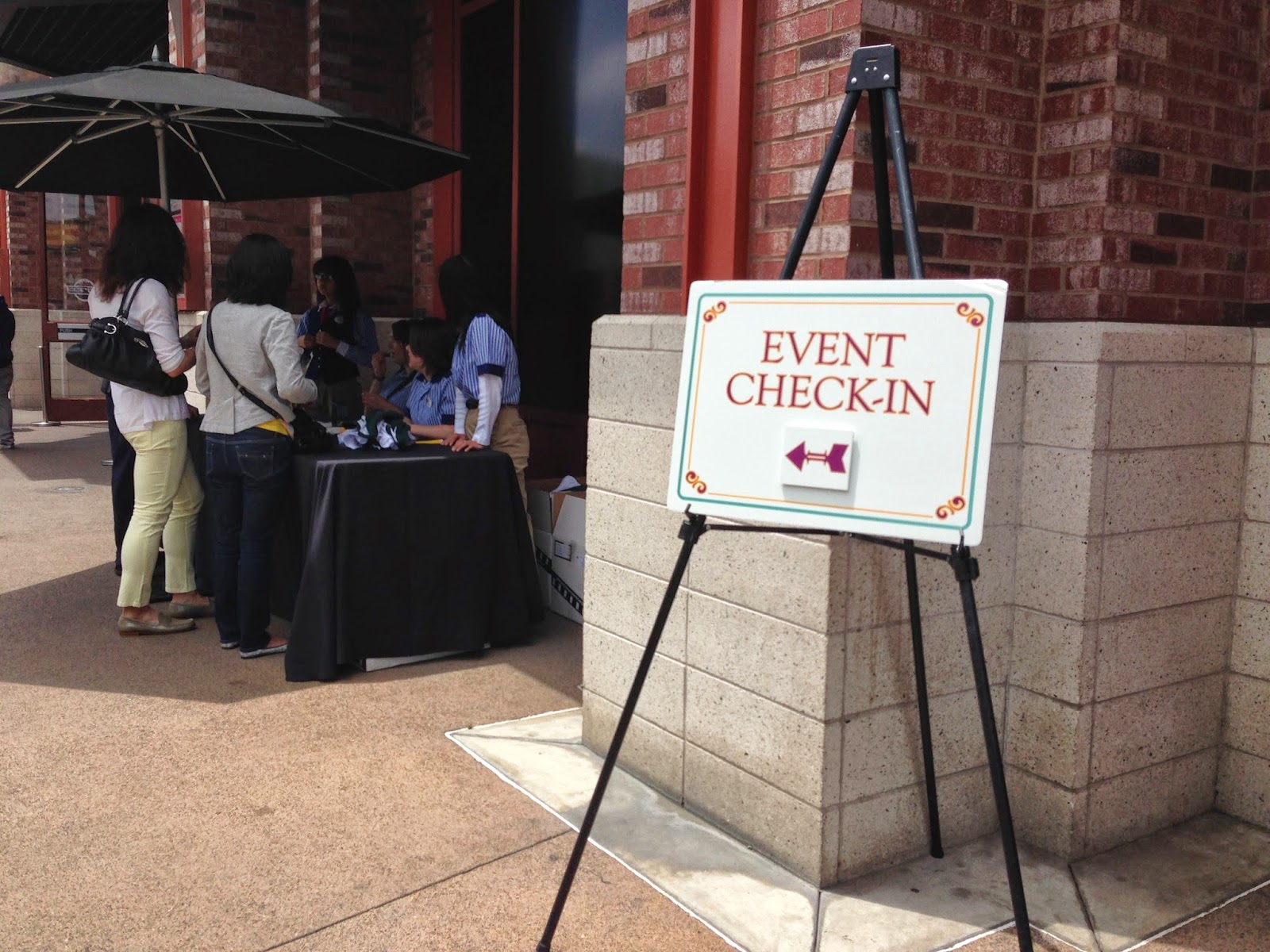 as many times as i've been in this area, i don't think i've been to this place more than once or twice.  i mean, it's not like i'm a huge sports fanatic anyway, so i was curious as to what to expect.  the cast members at the event check-in gave us wristbands, handed us a couple of t-shirts and these: 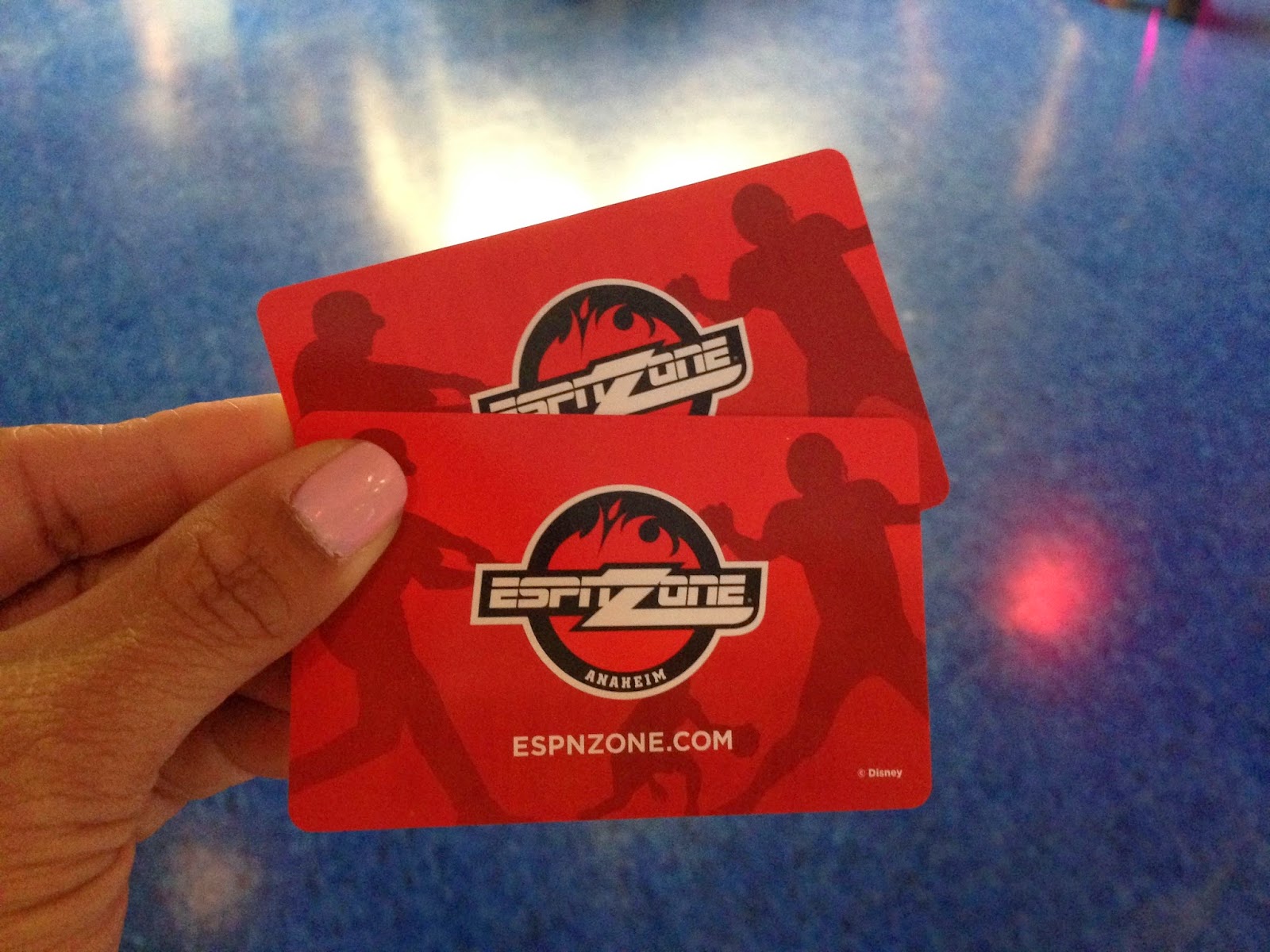 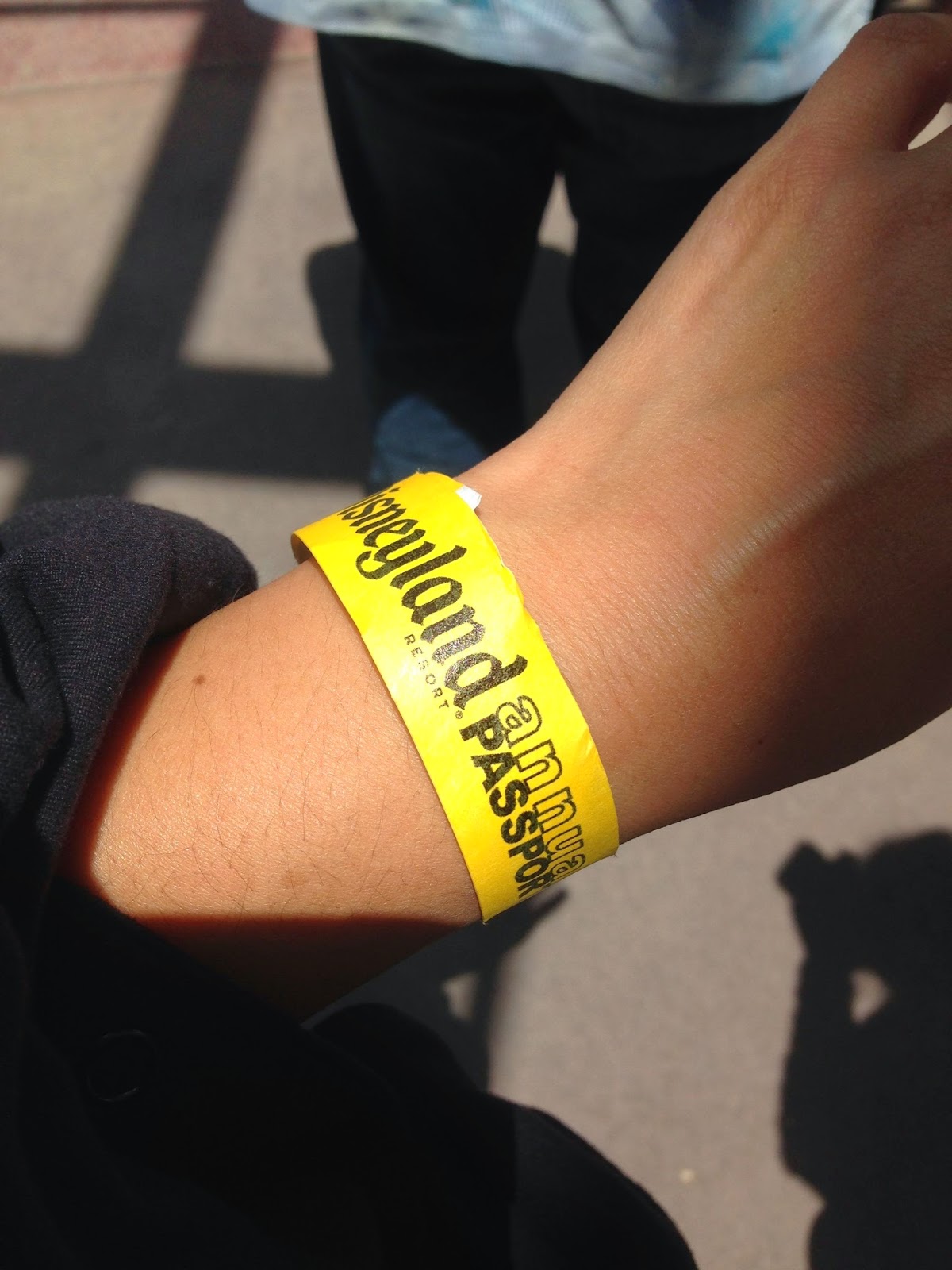 turns out that the prize included a couple of hours' worth of free games upstairs.  bonus! 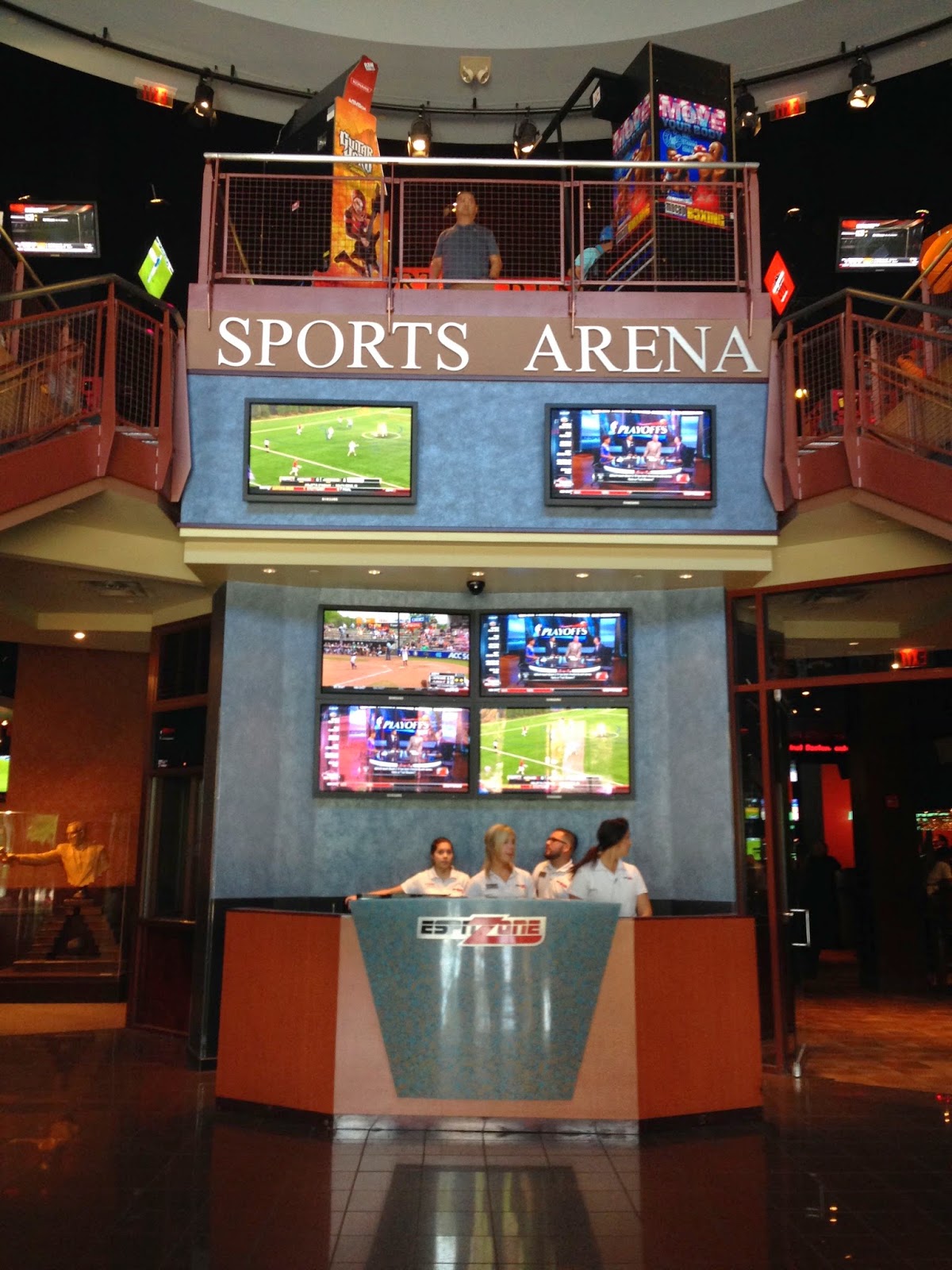 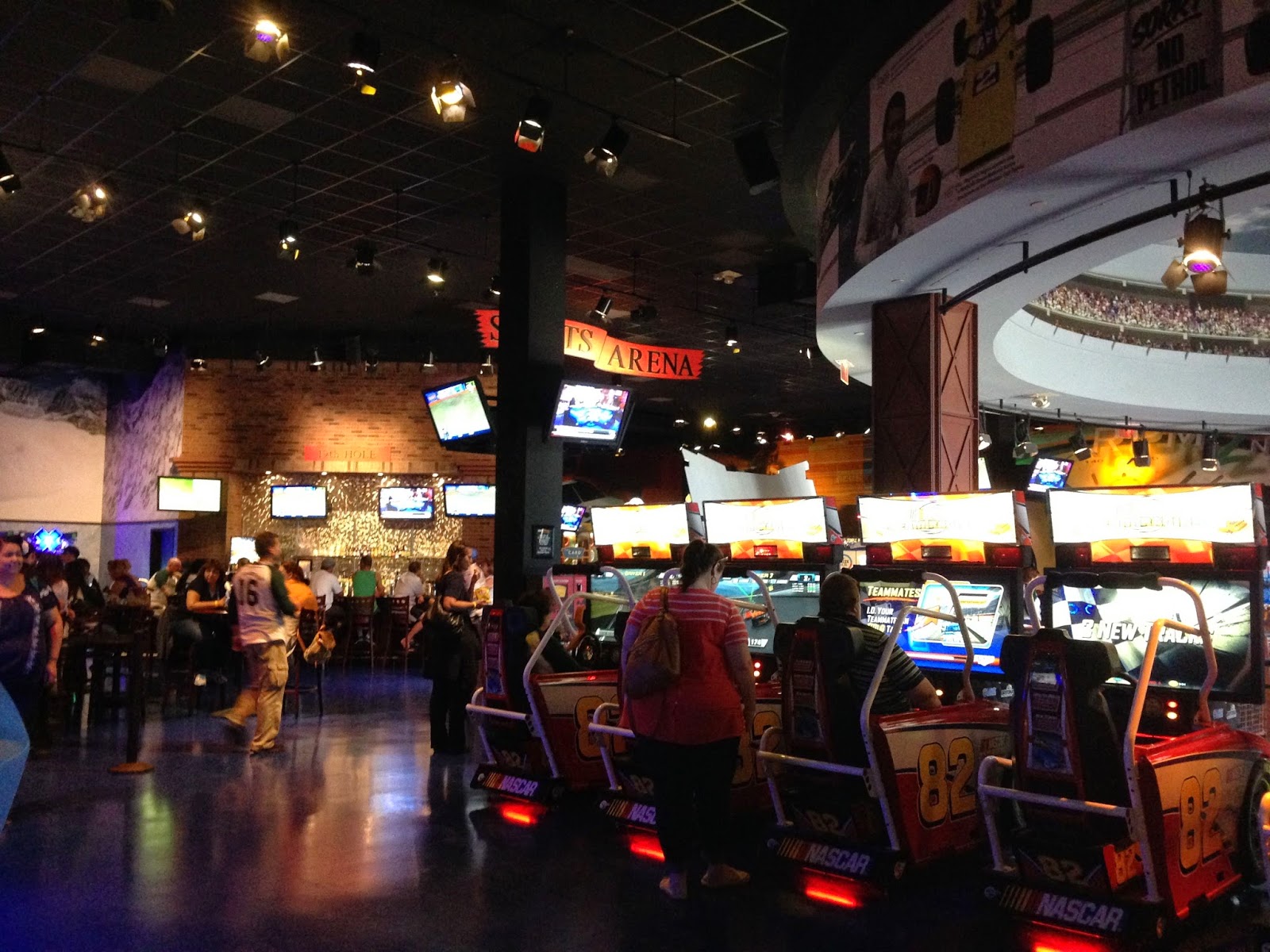 we spent some time playing air hockey on this giant table meant for four players. 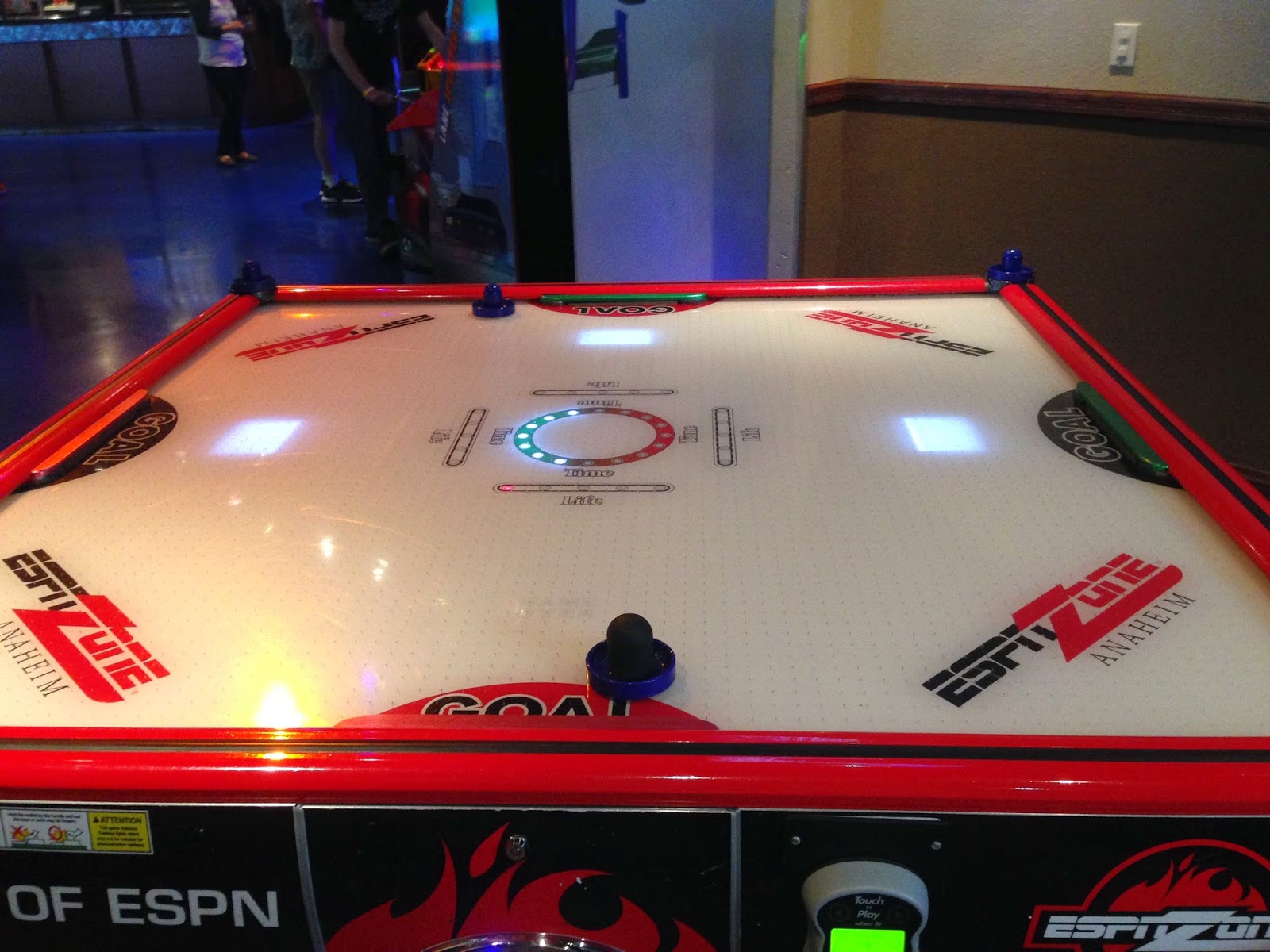 because of my only child syndrome, i really get into these games.  i play hard and end up super sweaty.  good thing we'd been given shirts at check-in, and we changed into them after a few games of air hockey and a couple of rounds of shooting hoops.  then we moved on to skee ball and other fun stuff. 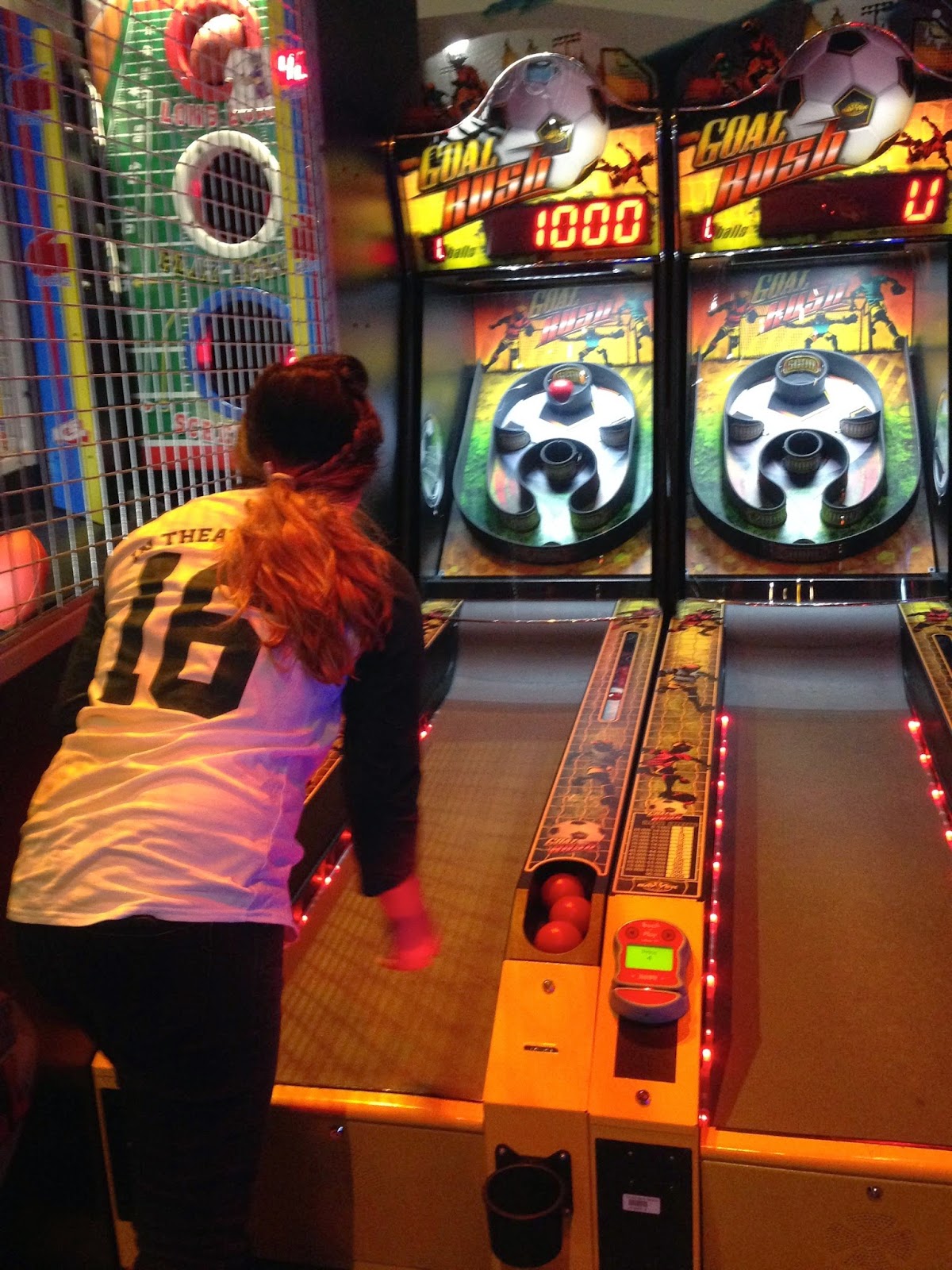 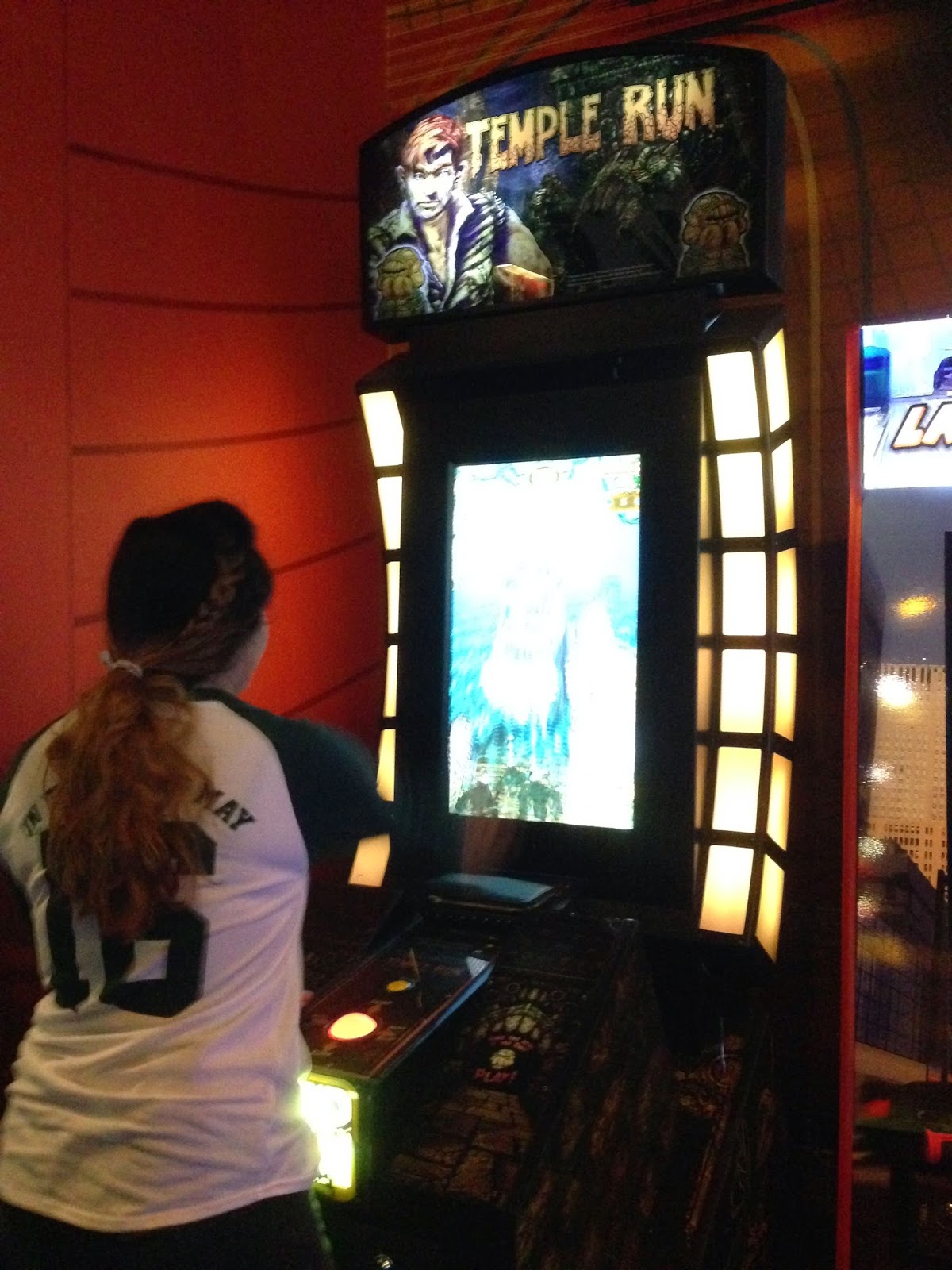 on the opposite end of the gaming floor, they were serving hot dogs and chips.  since we'd eaten before we left the house - not to mention that the teen abhors hot dogs - we skipped it and played a few more games. 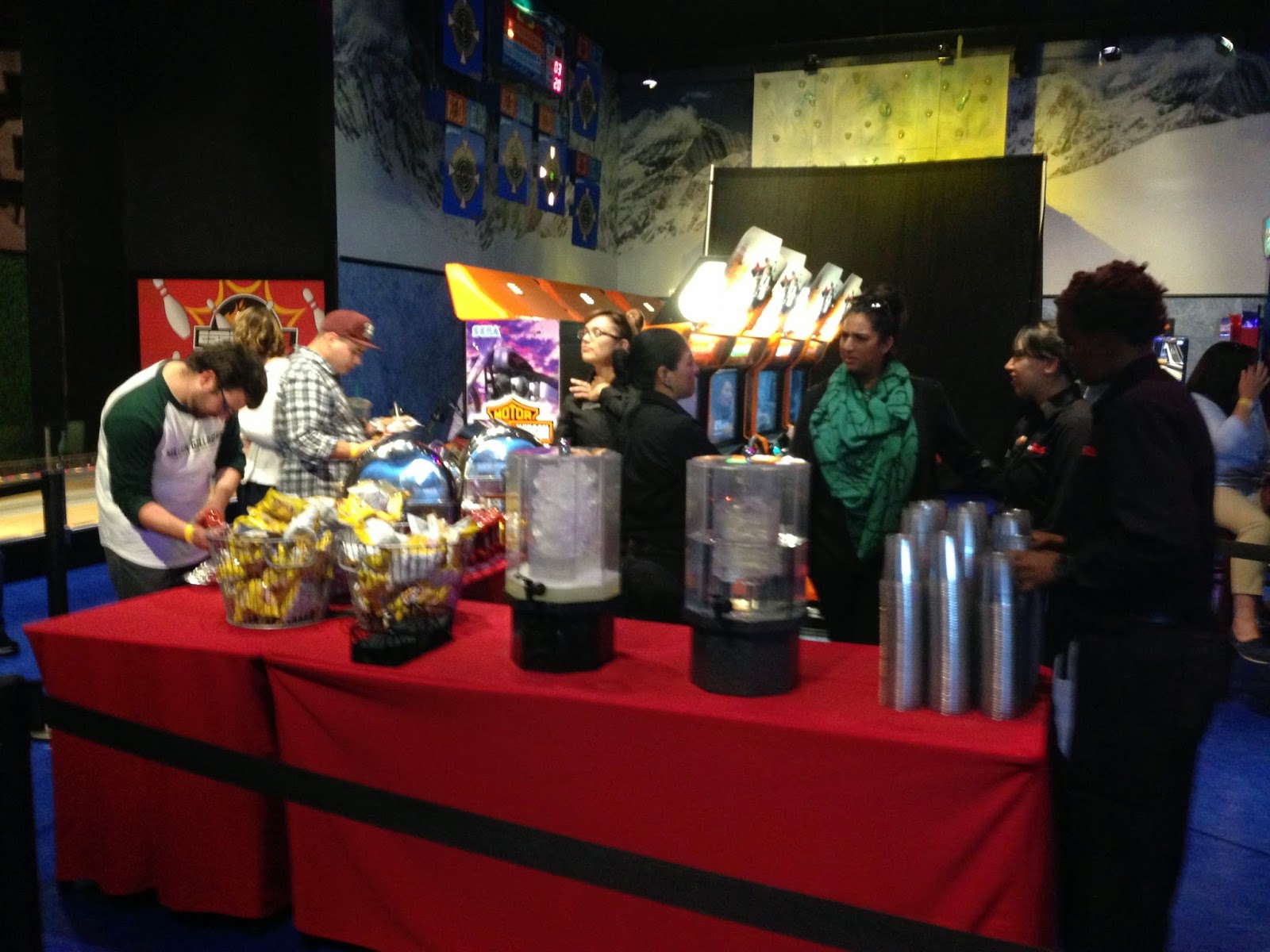 then it was time to walk over to the movie theater, just across the way. 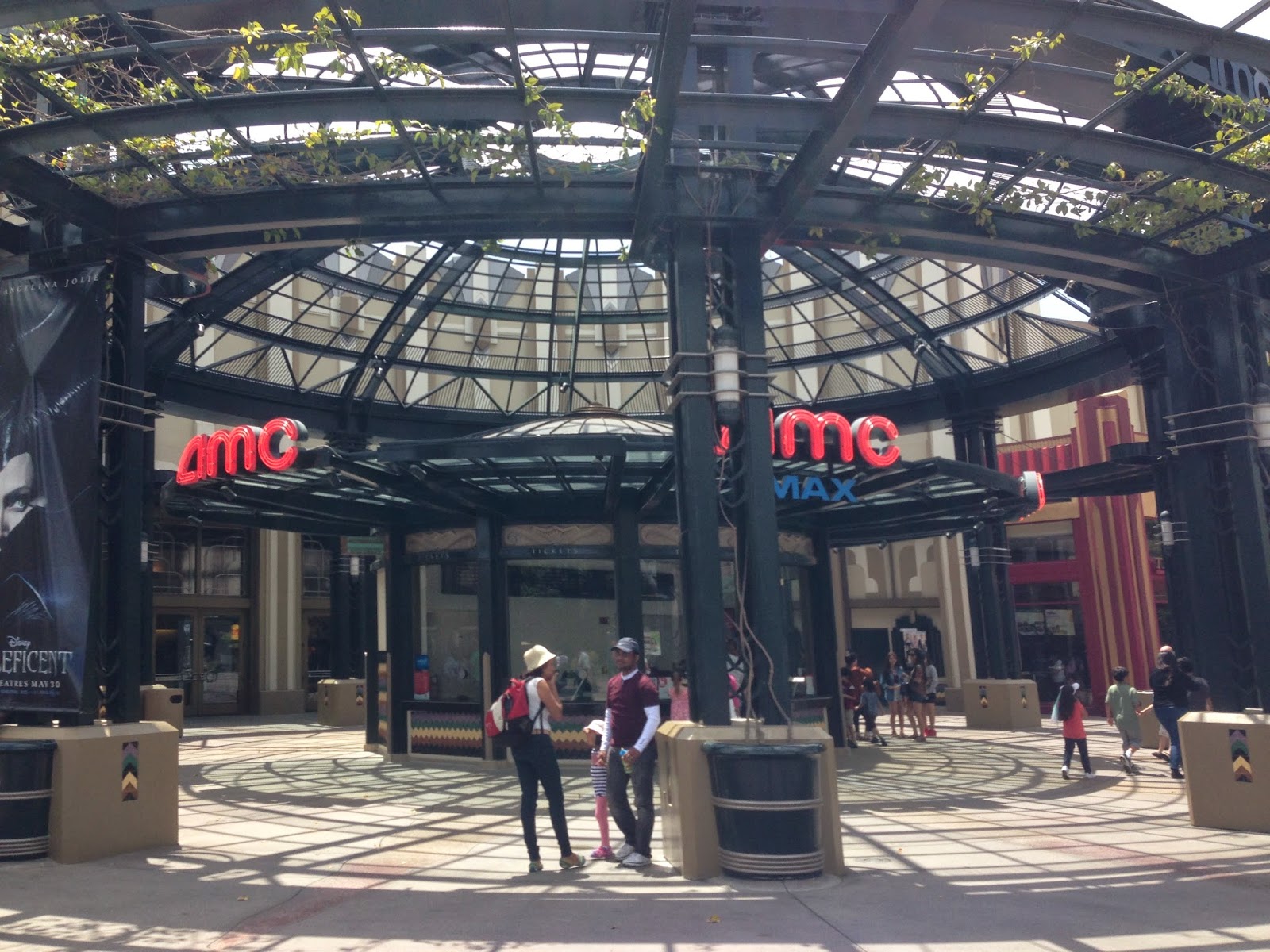 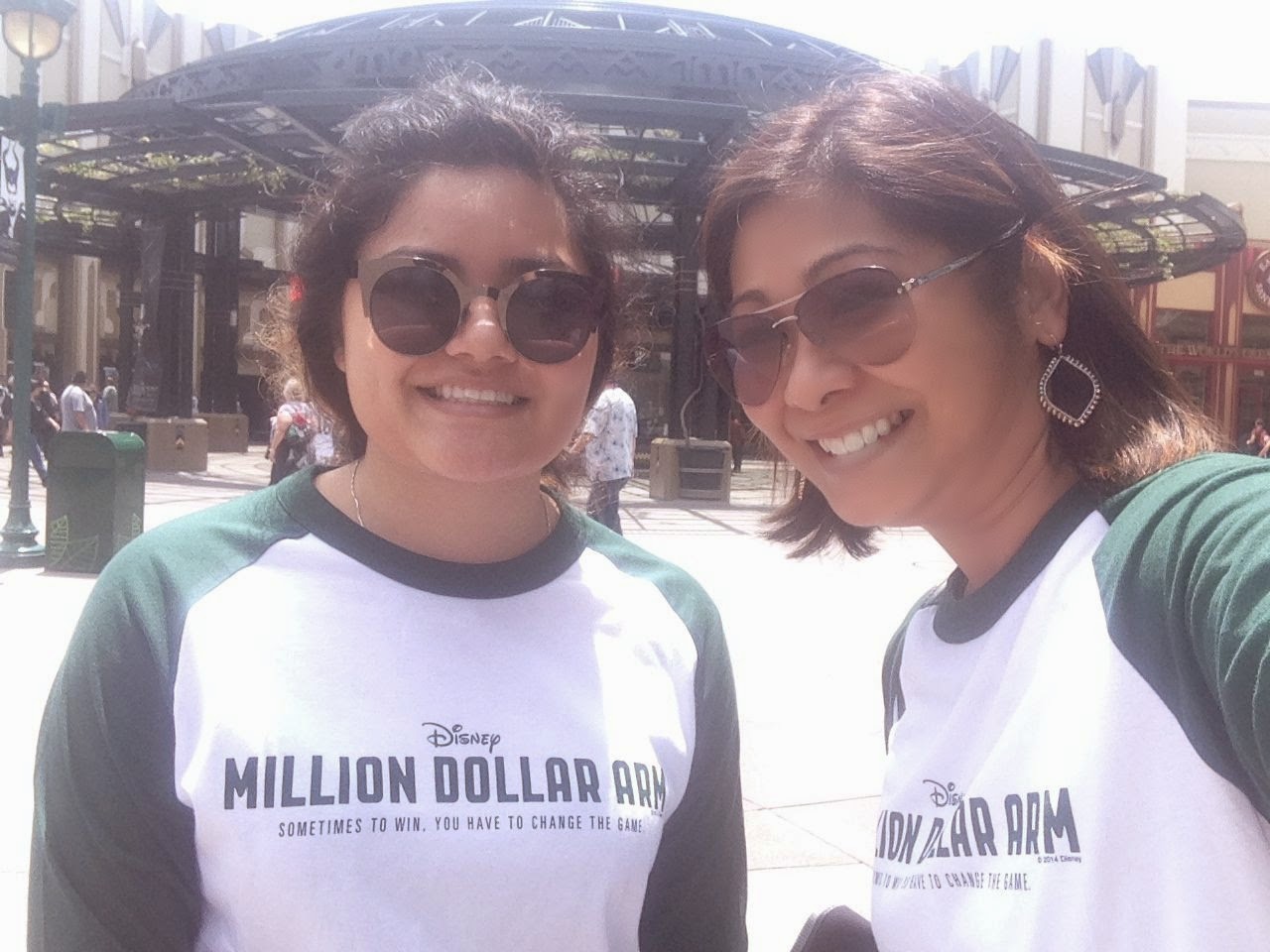 so, the movie.  it turned out to be about baseball - based on a true story in which jon hamm played an independent sports agent who ended up touring india for several months in search of the next baseball stars.  we were pleasantly surprised to find that it was actually a really good movie, and one that we'd be willing to watch again.  i think the hub would dig it, too.  the bean...not so much.  ha!

it came out last week, so if you're looking for something to watch while you munch on nachos and sip from a vat of soda (oh wait, maybe that's just me?), "million dollar arm" comes highly recommended by me and my kid.