i am seriously the biggest sucker when it comes to all that "as seen on tv" crap.  but this is not news, nor is the fact that i seem to have passed that on to the bean.  remember last year's "ice cream maker"?  heh.

i have to say, though, that the things we've picked up after getting sucked in by the commercials have been pretty cool.  like, have you played with kinetic sand yet?  that stuff is addictive.  cleaner than sand, cooler than play-doh, super fun to squish with your fingers.  add a set of sand molds from the dollar store and you've got hours of entertainment.  oh, and kids like it too. 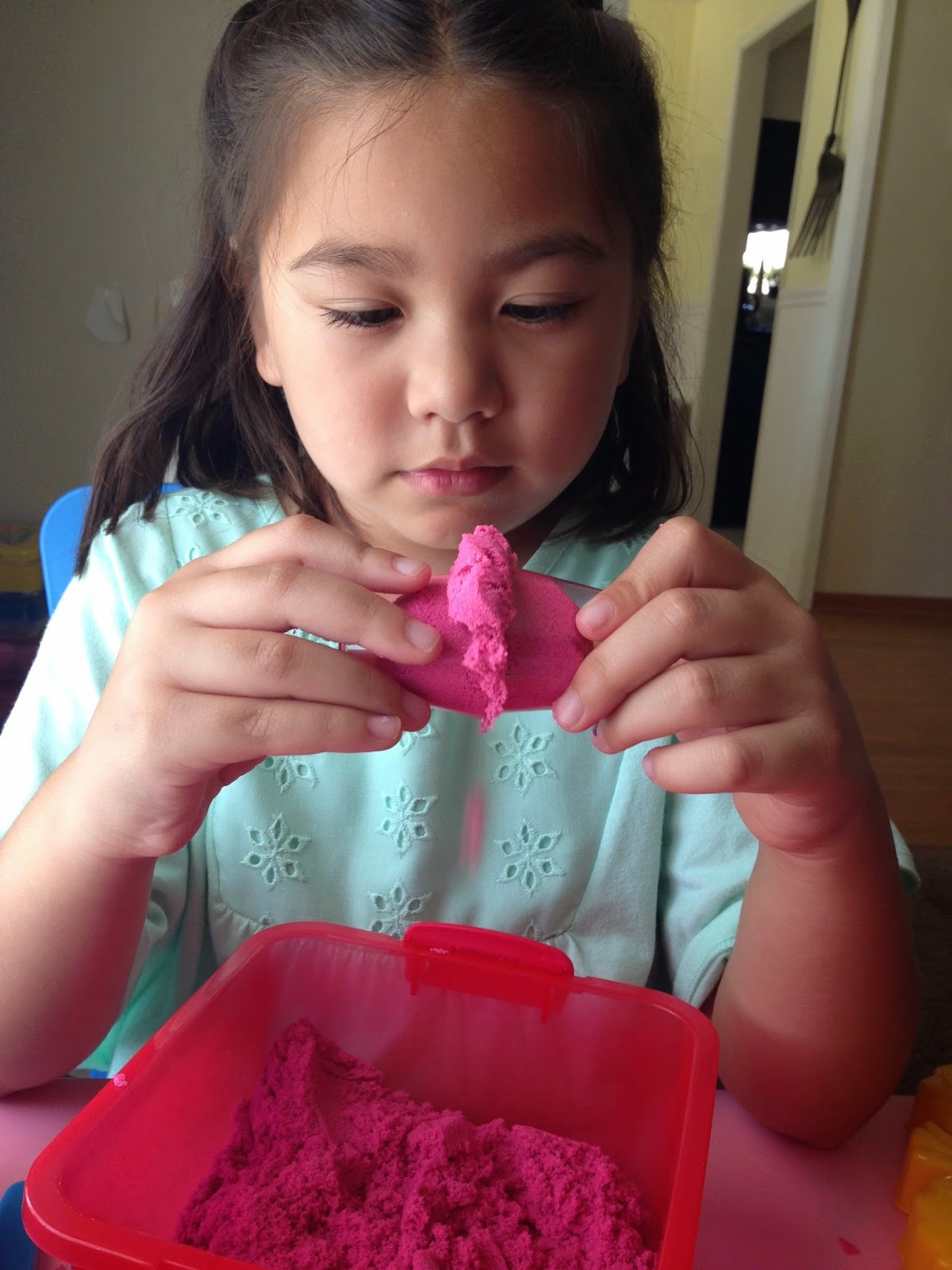 if you ever have nickelodeon on at your house, you'll no doubt have seen the commercial for "beados" at least once.  or a frajillion times.  they're kind of like perler beads, except that instead of using heat to fuse the finished designs together, it just takes a few sprays of water and a little patience for the drying time.

the beados were kind of a pain in the ass, though.  although we hit up the list of retailers who supposedly carry them (with the exception of wal-mart because i simply cannot bear it), they were nowhere to be found.  and because i myself was rather intrigued by the stupid thing, i decided to suck it up and place an order online.

it took for-freaking-ever for the shipment to arrive.  we're talking like five whole weeks here.  that's not the best when you've got a 6-year-old who's dying to try it out.  granted, she's one of the most easygoing kids i know (am i biased?  i dunno), but even her patience wore thin as the weeks went by and the things didn't arrive on the doorstep.

but then i finally received an email confirmation of the shipment.  and wouldn't you know it - the damn things were shipped from compton.  STRAIGHT OUTTA COMPTON, mofos.  and when she realized what had finally arrived, she tore the box open (with help from her sister) and was rewarded with a whole slew of new toys. 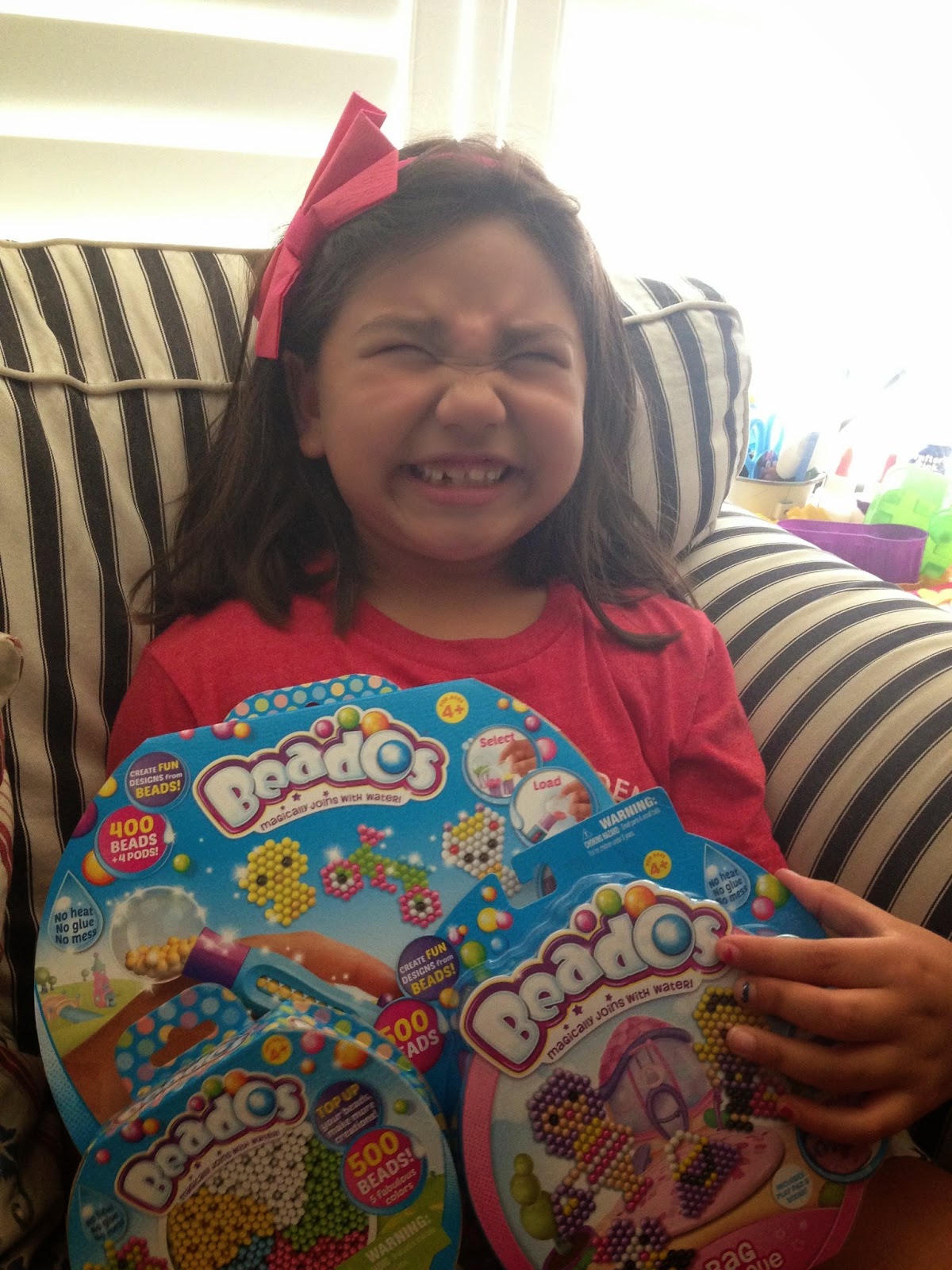 after we read the instructions and did the little bit of required assembly, she got to work on her first design.  a few sprays of water, a half hour of drying time, and out popped this thing: 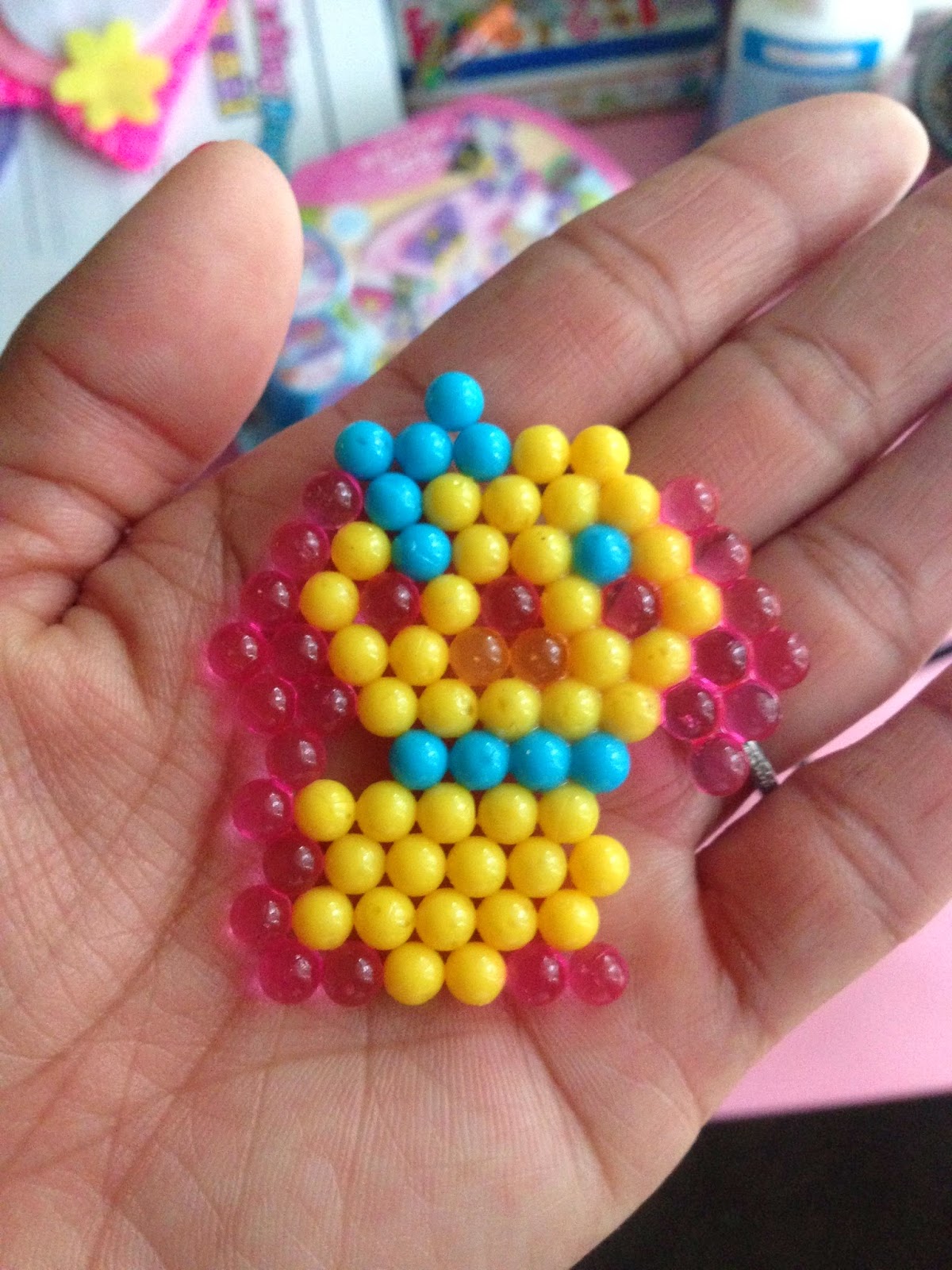 (it's supposed to be a puppy.  you're welcome)

(don't ask me WTF we're going to do with it.  i don't know.  i'm hoping she gives them away to friends)

hey, whatever.  she was super excited, it was less tv time, i'm always down with being creative.

and if you'd seen the beados commercial, you've for sure seen the one for "snackeez" - basically a contraption that can hold your drink AND your snack, all in one place!  wow!  amazing!  they come in fun colors with a straw and i mean, you could put your chicken nuggets, fries, and your fruit punch and be good to go!

like the beados, this thing was impossible to find in any of the stores.  it was truly an "as seen on tv" item, although i did a quick search every time i went anywhere that carries this kind of crap.  and then during my weekly target run, right there in front of me, i found one.  and it was even in one of the colors she liked.  it was the very last one, and i scooped it up and hoarded that shit like it was gold.  i set it on her car seat so she'd see it the moment she got in the car after school, and the scream of pure joy and excitement that came out of that child was totally worth it. 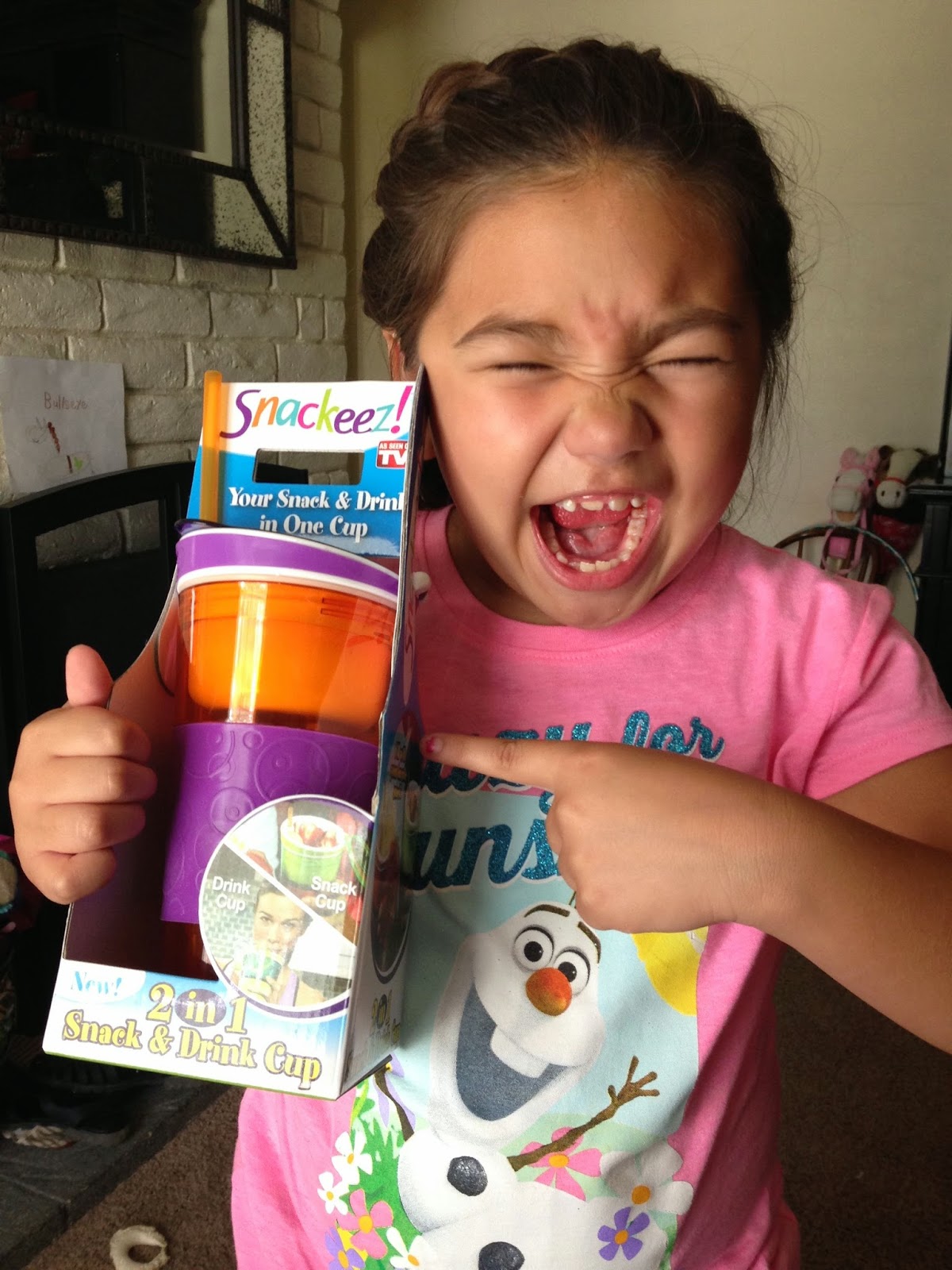 i mean, really.  could YOU deny that face anything?  yeah, didn't think so.

Email ThisBlogThis!Share to TwitterShare to FacebookShare to Pinterest
Labels: as seen on tv, new toys