the heat is most definitely on (why am i stuck on bad 80s songs today?).  summer always seems to hit us hard right around now - from mid-july through september, it's pretty much like the ninth circle of hell around here.  the craziest part is that the difference between here and, say, my folks' house down at the beach can be up to 30 degrees.  blech.

we're also getting to the tail end of summer school for the bean.  today's actually her last day of class, and then she has a few weeks before she starts the first grade (!!!).  and with a free morning, we decided to pack it up and head down to disneyland to ride a couple of rides and play in the splash pads at bug's land.

it was crazy hot down in anaheim.  when we arrived at 10am, it was already 85 degrees.  but still...we were at disneyland, and you can't be mad at disneyland. 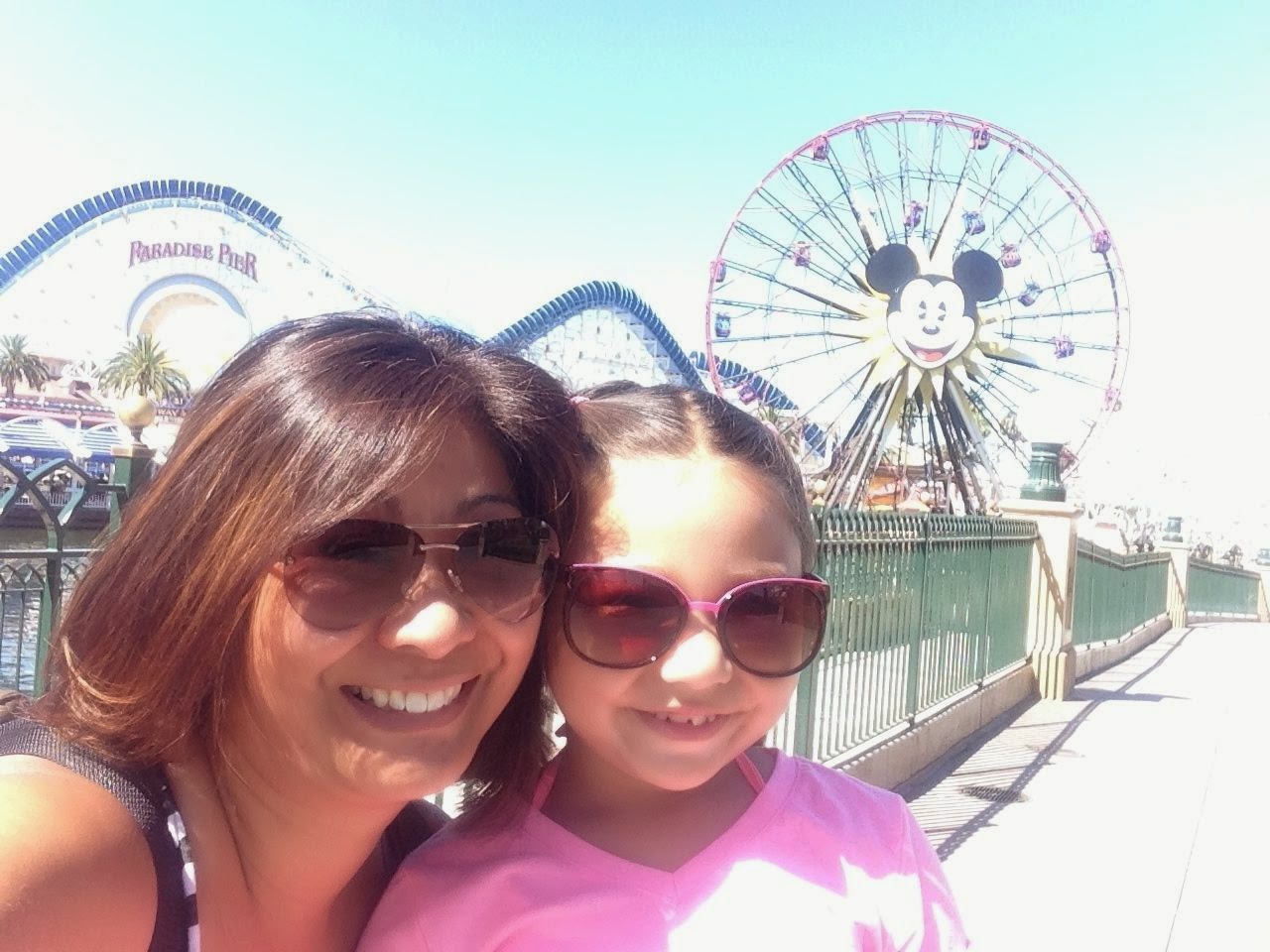 when it's just me and the bean, we usually do all the stuff that the teen doesn't love (and vice-versa, when it's a trip sans bean).  and so after grabbing a fastpass for soarin' over california, one of our favorite rides, we headed to the pier to stand in line for toy story mania.  i actually really dig this ride, and so does everyone else - the line is usually a minimum of 45 minutes long.  the bean somehow possesses a ton of patience for standing in line when it's something she enjoys, and so we settled in for the long haul.  happily for us, the posted time of 30 minutes (already a gift in itself) was exaggerated as we got through the line and onto the ride in just over 20.  pretty sweet.

another way to stay cool at california adventure is to hop onto the little mermaid ride.  it's typically a pretty short wait, and today was no different.  we basically walked right onto it, and the air conditioning is magical.  magical, i tell you.

by then, it was time to head back to soarin' and sashay through the fastpass line.  i love when the printed time on fastpass tickets comes sooner than the wait in the standby line.  and when you're trying to avoid spending as much time outside as possible, this works wonderfully because the fastpass line gains you entrance to the building, for more of that magical air conditioning.  woohoo!

i'd promised her that she could visit the newly reopened redwood creek adventure trail, where she loves to take a ride on the tire swings.  except that they were closed, so she settled for a turn on the rock wall. 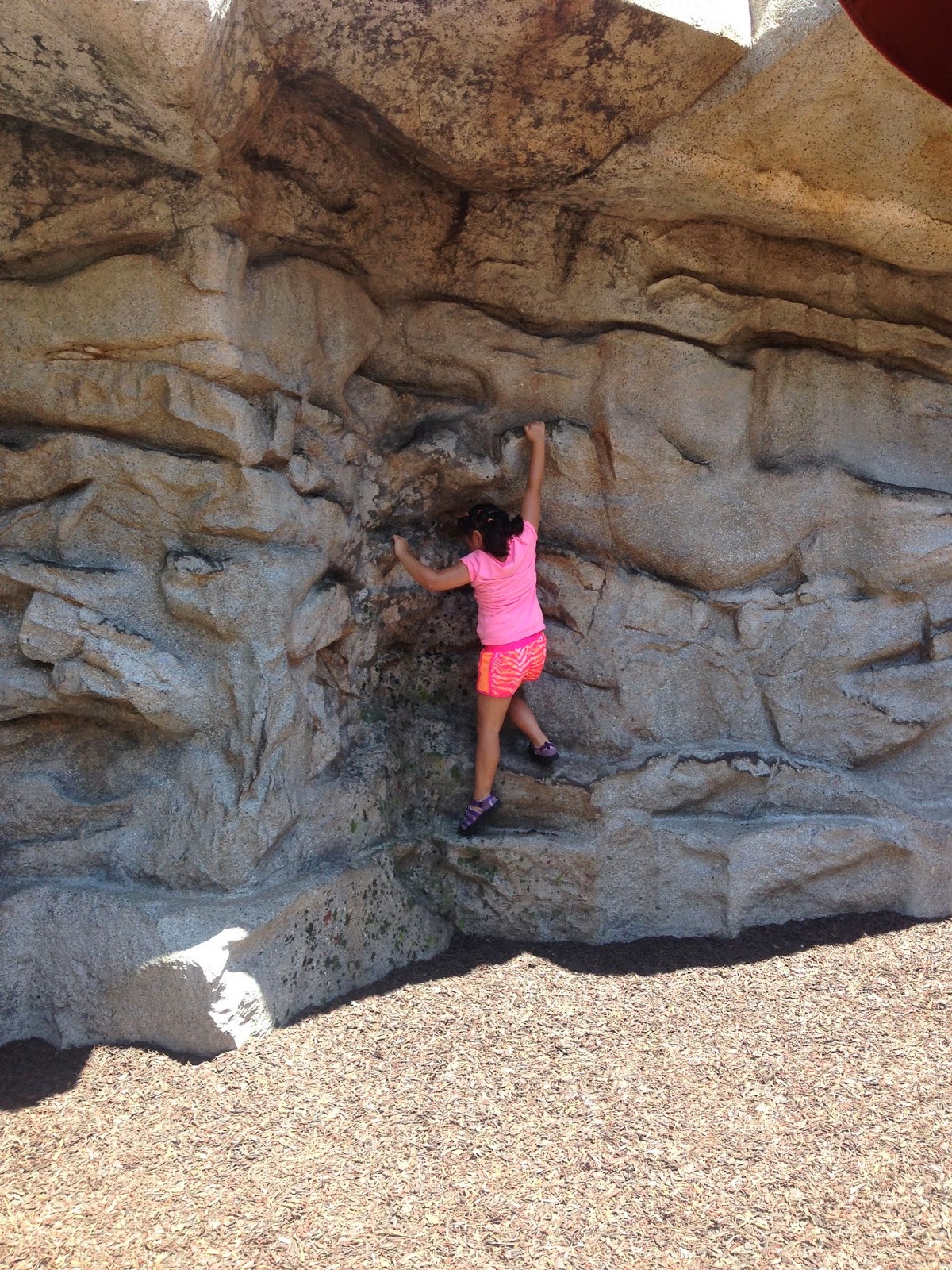 we were both sweating our faces off at that point, and it was starting to make me pretty stinking miserable.  perfect time to hit up bug's land and cool off. 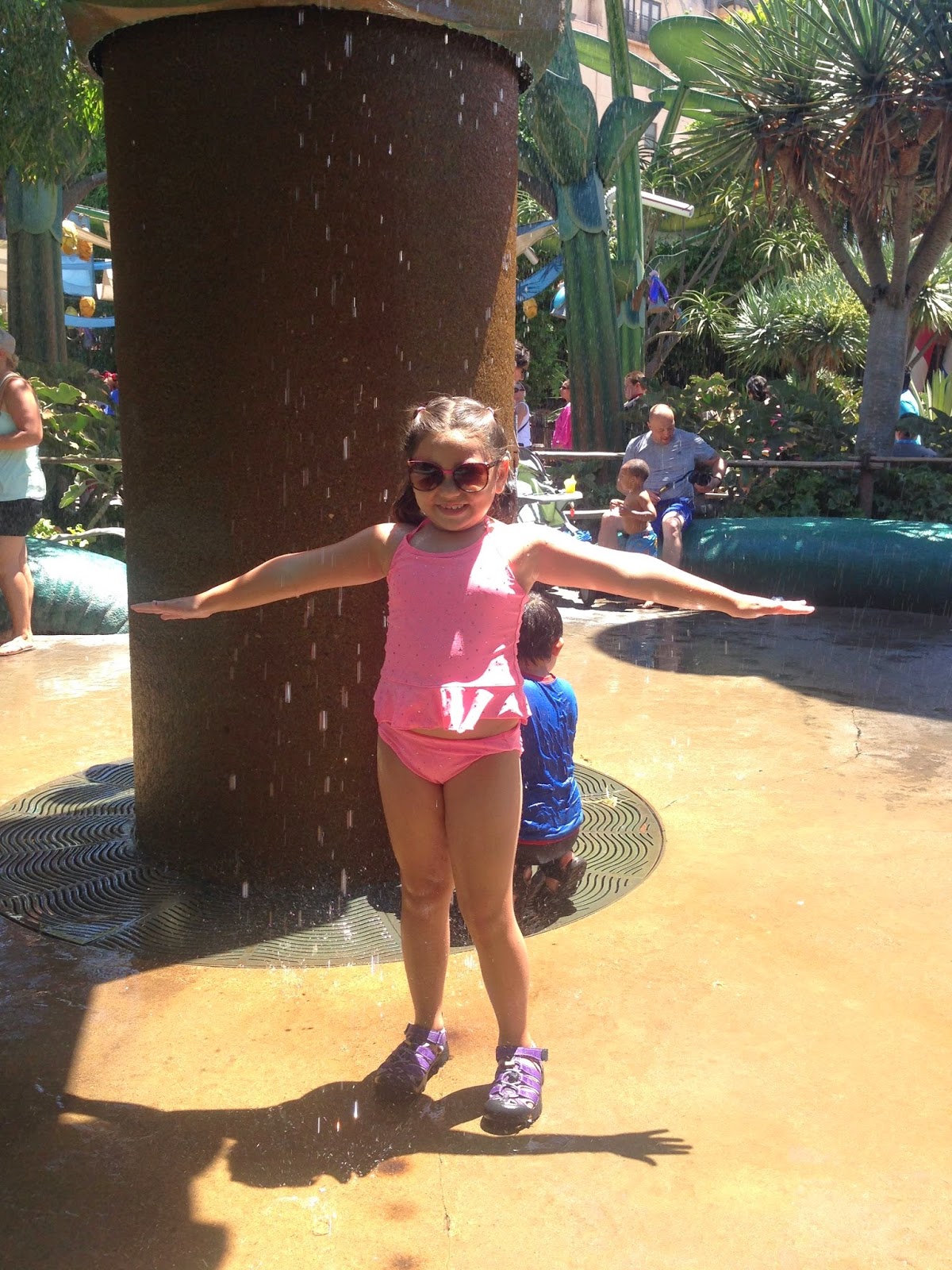 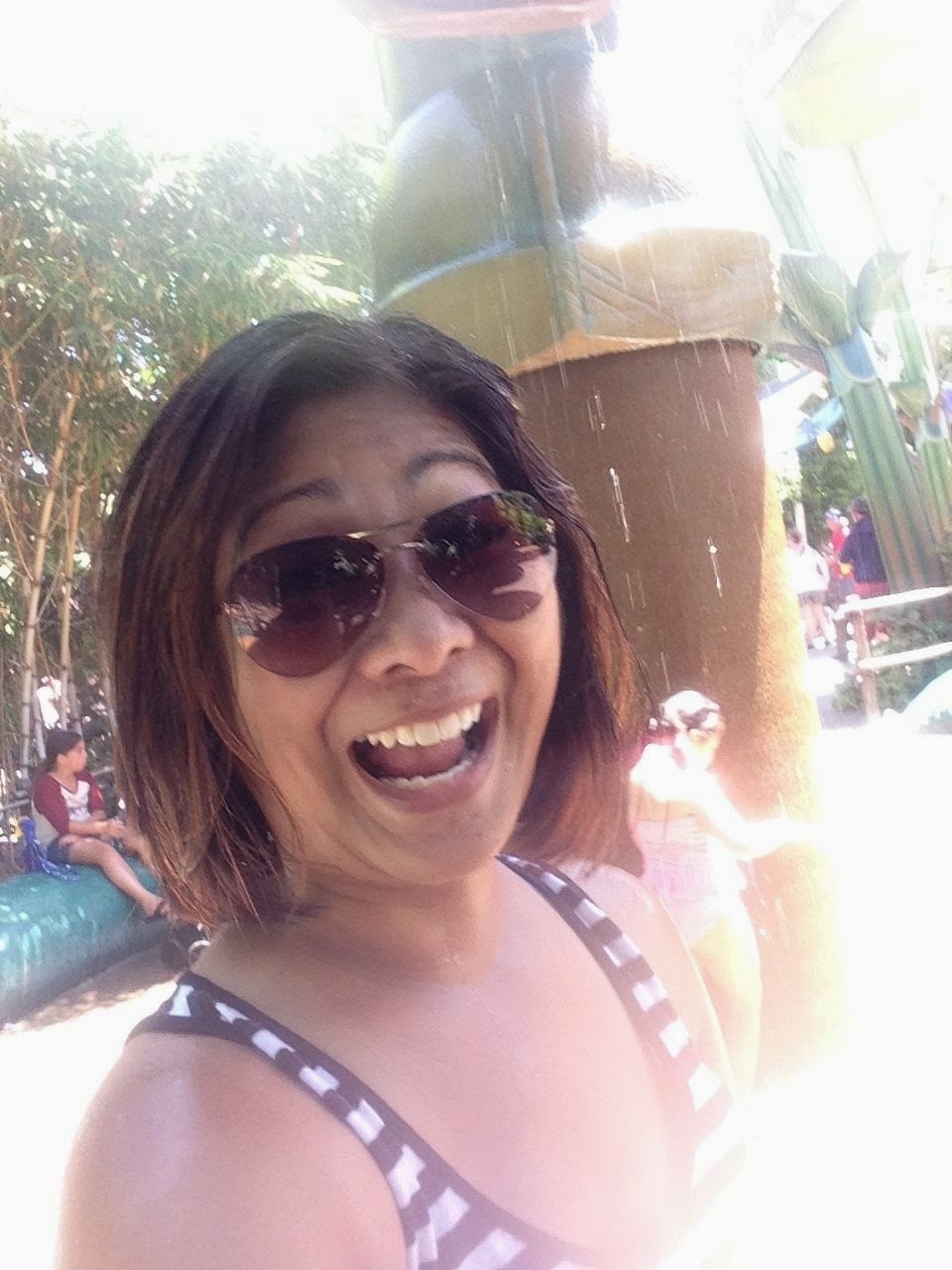 talk about turning that frown upside-down.  and i had a great time sitting on a bench in the shade, catching some of the sprinkler overspray now and then, watching the bean and other bathing suit-clad kids squeal as they got soaked to the skin. 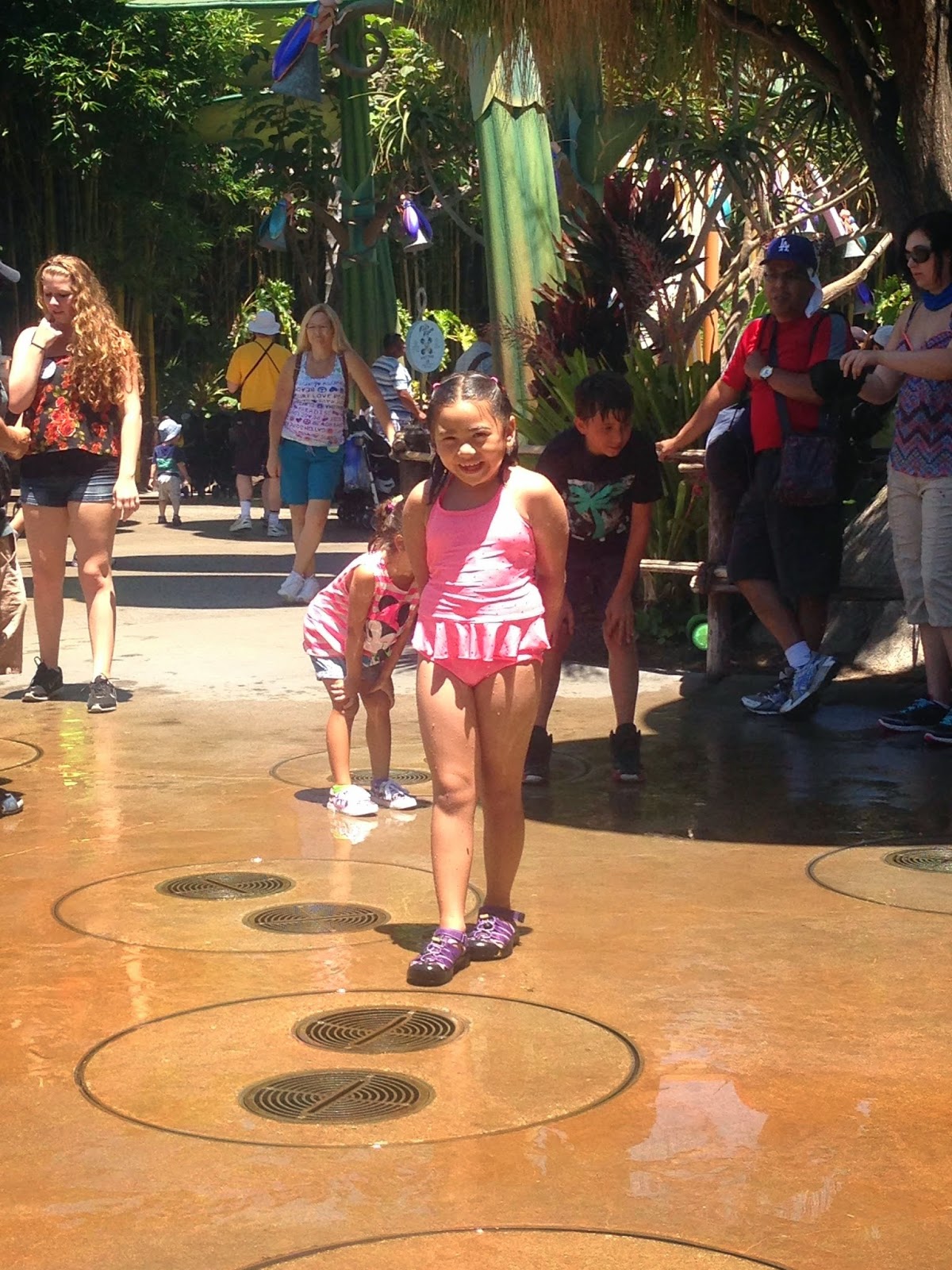 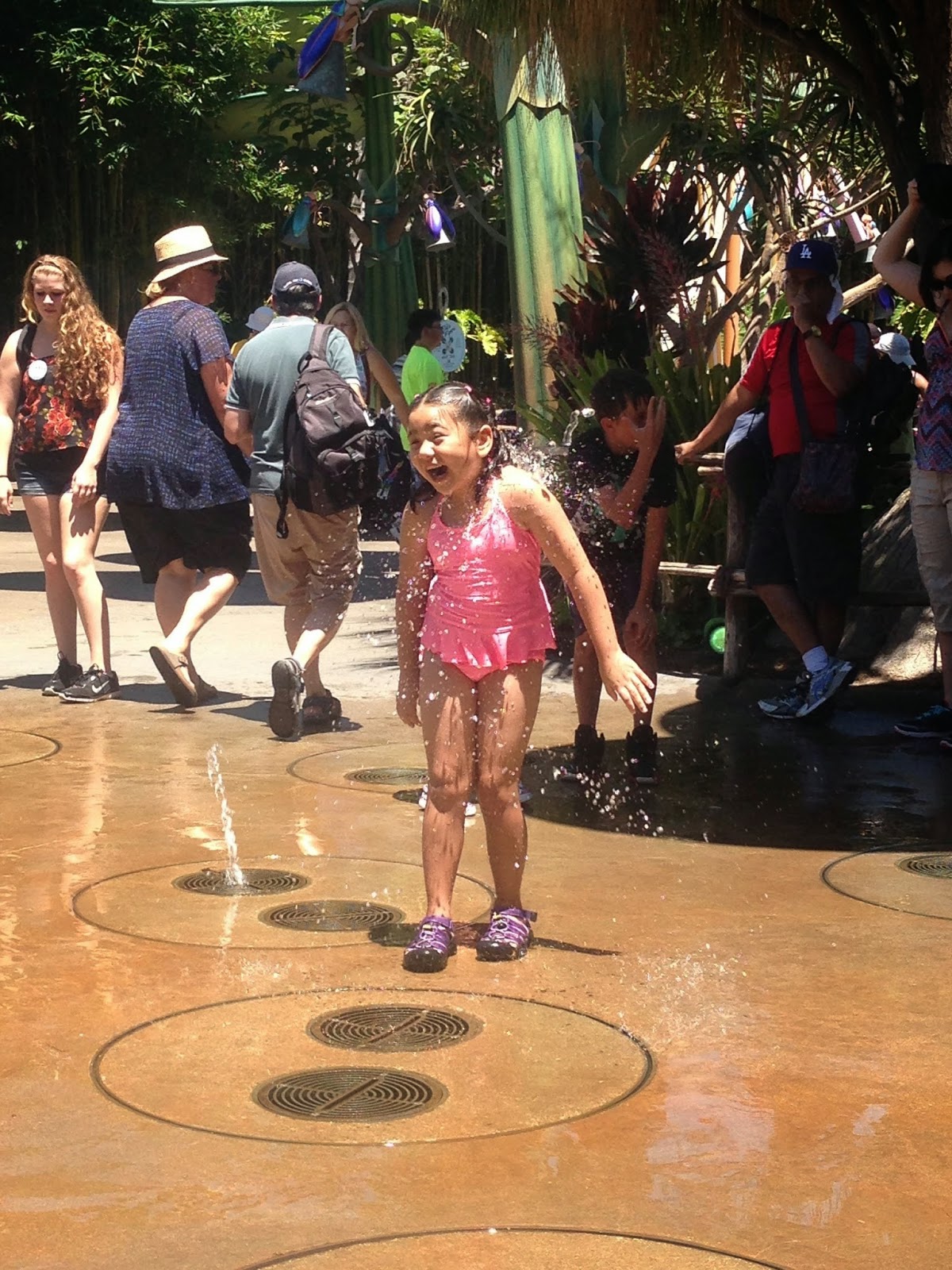 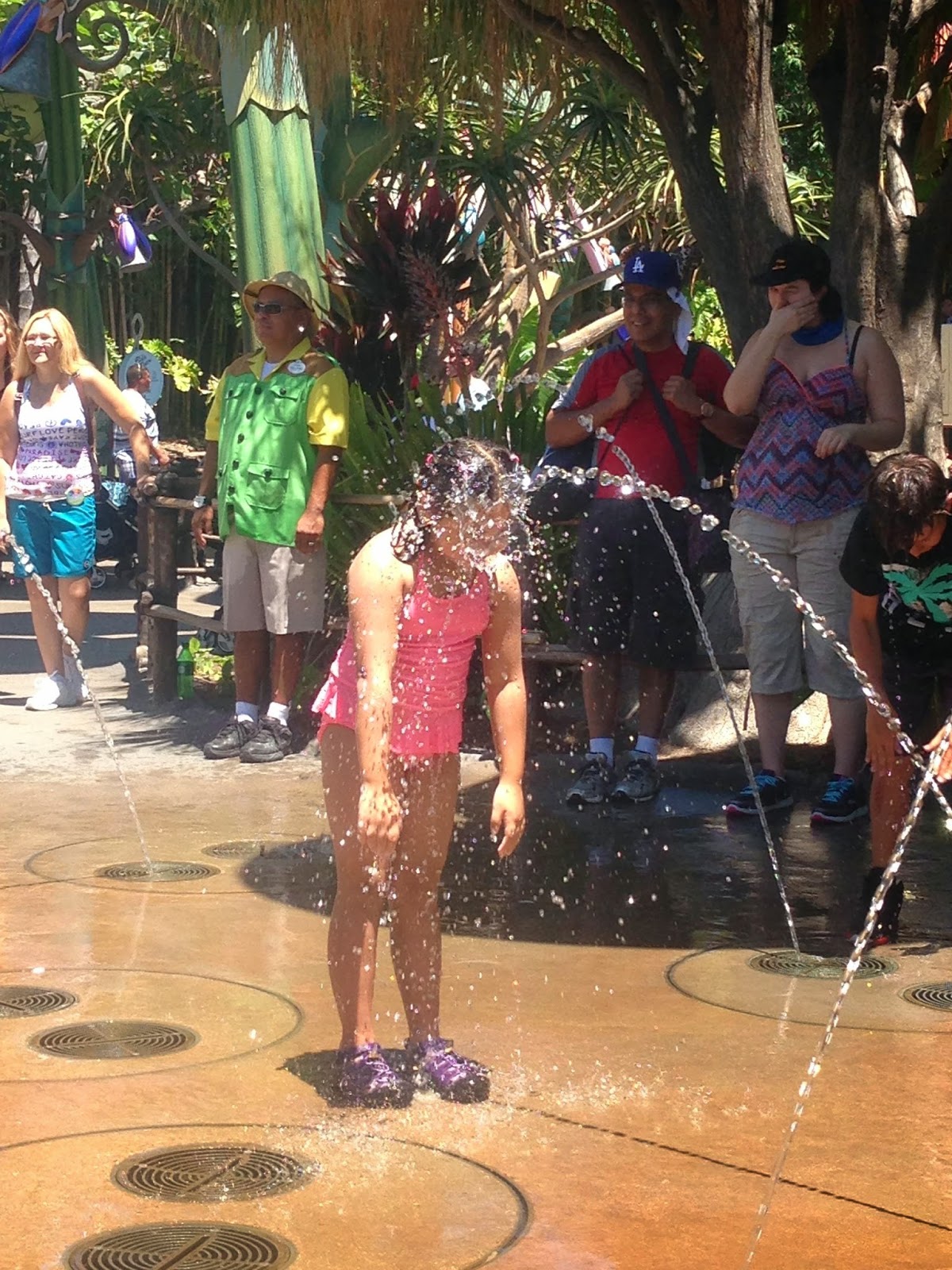 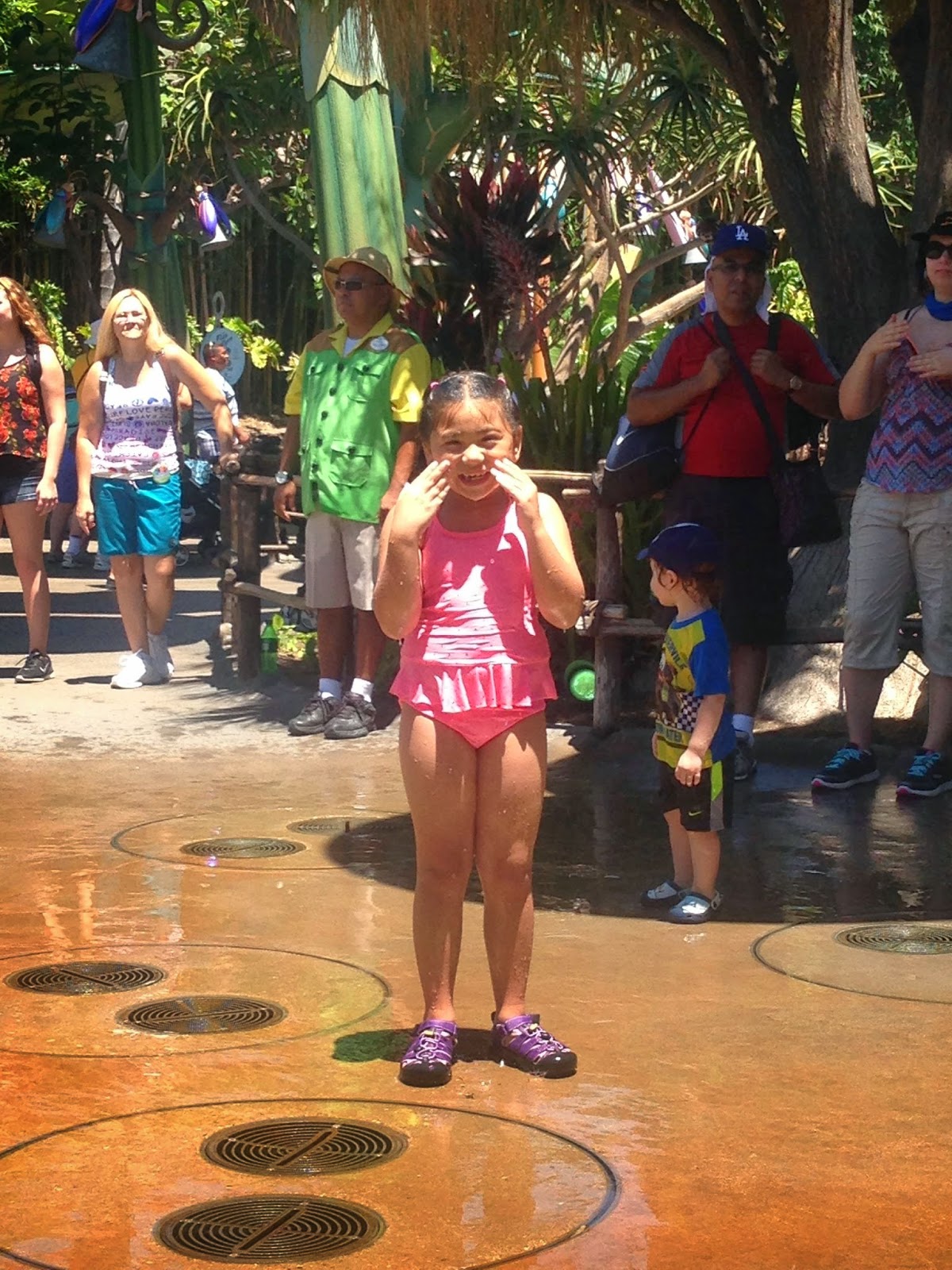 we stopped in at the animation academy to do a quick drawing (olaf from frozen, yay!), grabbed a turkey leg to go, and headed outta there.  and later, this is what we shared for dinner. 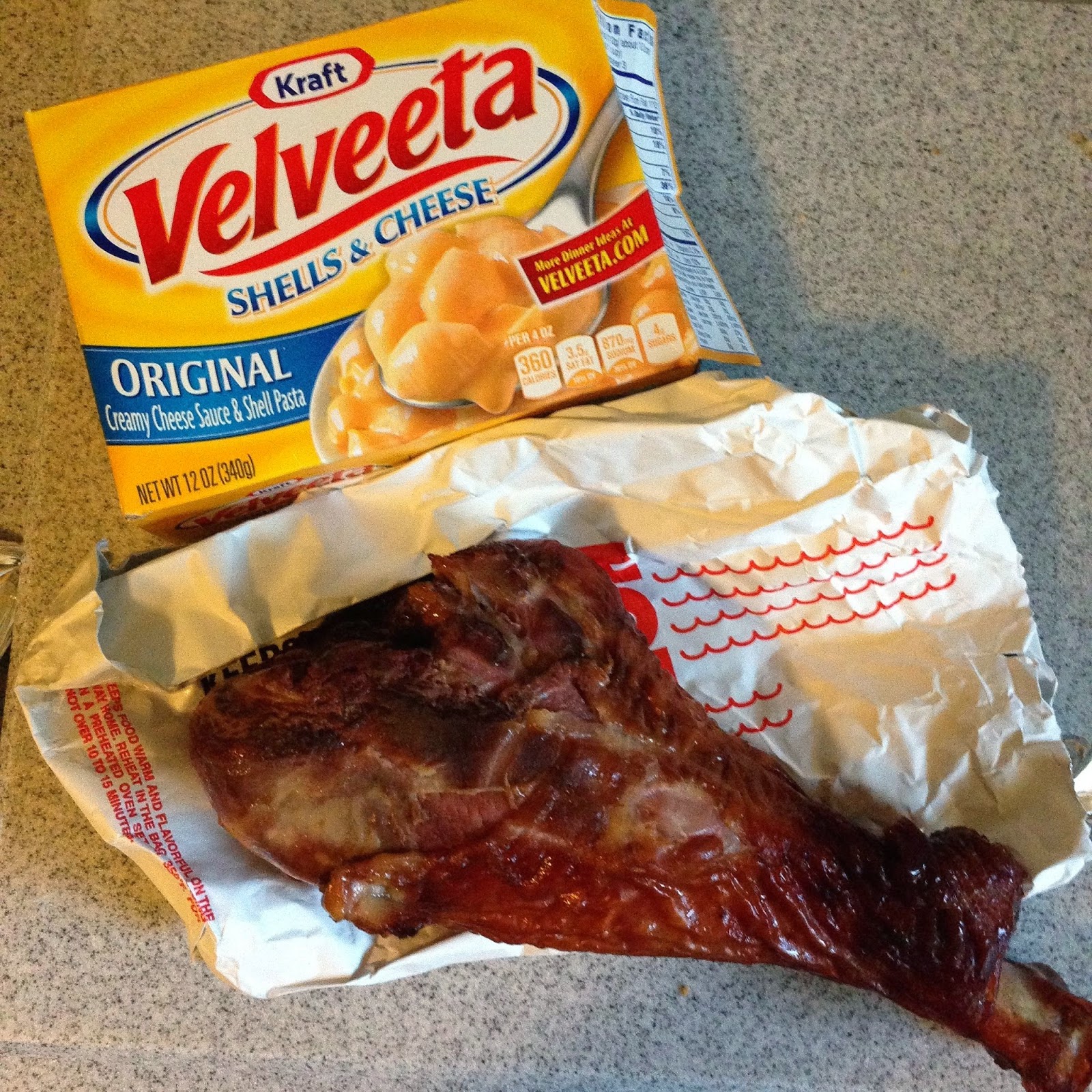 Email ThisBlogThis!Share to TwitterShare to FacebookShare to Pinterest
Labels: disneyland, hotter than the 9th circle of hell