a couple of weeks ago, lilcee tagged me in a facebook post that she'd shared about something that was right up our alley: 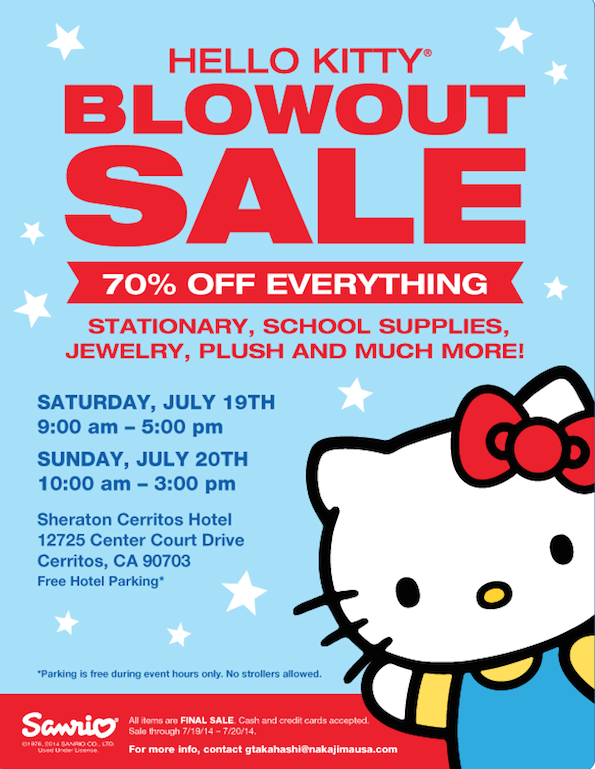 because, um, HELLO KITTY.  you're familiar with our love for all things sanrio by now, yes?

so we marked our calendars and then promptly forgot all about it until that saturday.  we'd already figured out that we'd go on the sunday anyway, but didn't coordinate things until the eleventh hour.  i hadn't even told her that i was bringing the bean with me, so when we met up at a halfway point we realized that she'd left mini cee at home for the morning.  the bean was super disappointed not to see her BFF, so we just hopped back in the car and went right back to lilcee's house to pick her up.  all was well.

until we arrived at the venue for the big blowout sale.  parking was suspiciously easy, and the absence of elated shoppers clutching bags of merchandise was a little worrisome.  and when we asked someone at the front lobby for directions, here's where we ended up: 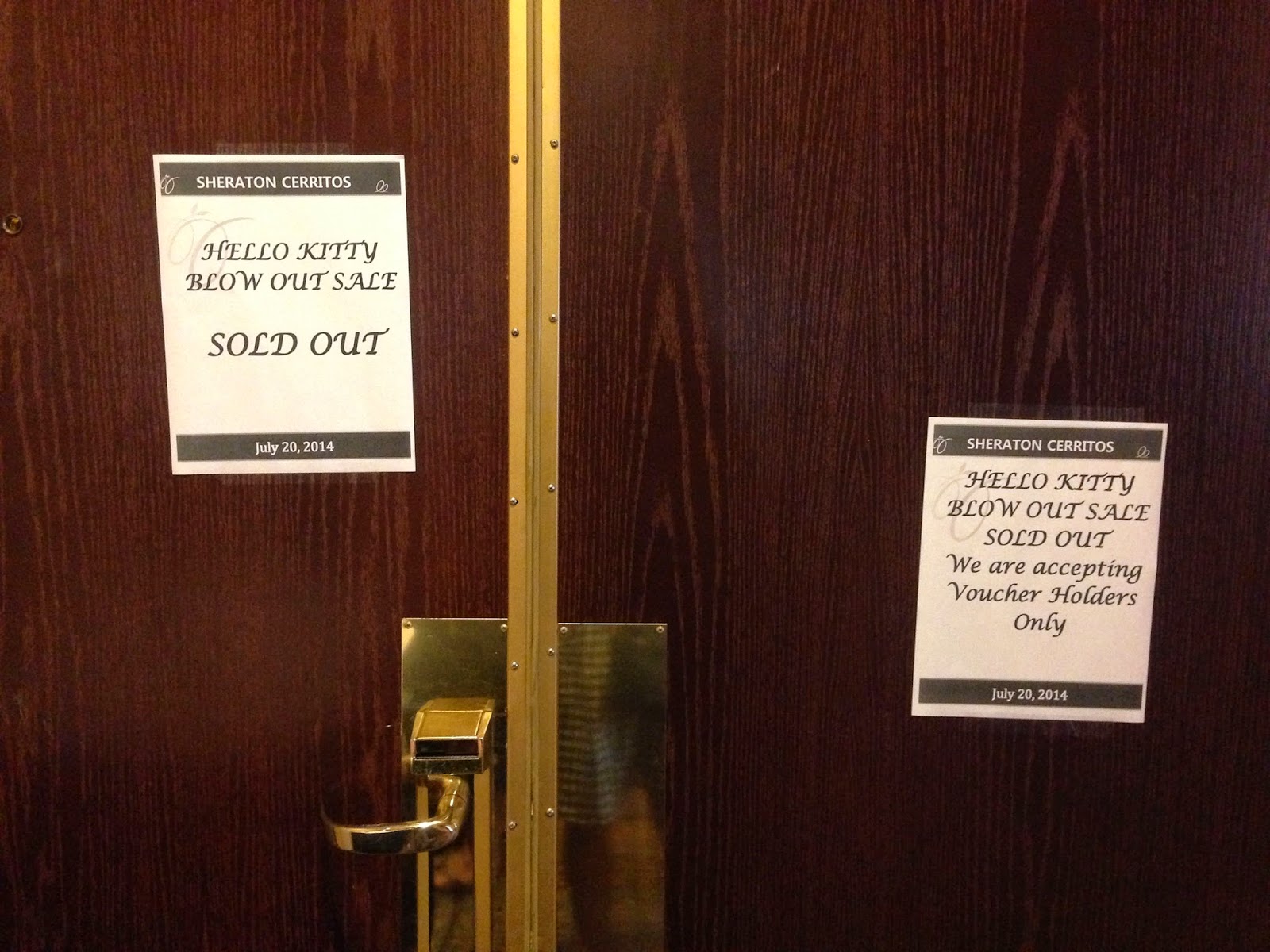 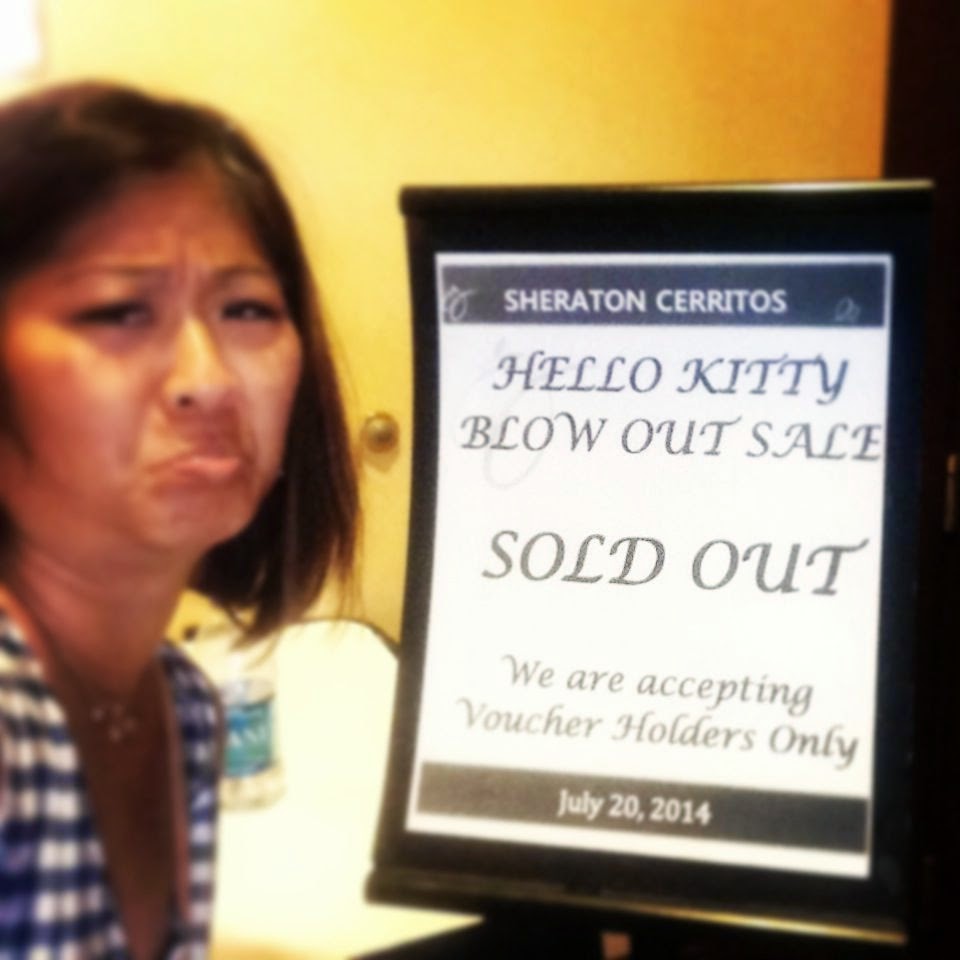 as most popular warehouse sales are, this one had been immensely successful - the hotel clerk described a scene full of pure madness.  apparently, the doors had opened at 9am the day before to a line so long that it took 5 hours to gain entry to the sale floor.  FIVE. HOURS.  i'll let that sink in for a second.

anyway, the majority of items were sold out by noon, and i have no idea what the vouchers were that the sign referenced.  in any case, we were well and truly assed out.

i can't say i wasn't a tiny bit relieved, though, to be honest.  i mean, it's not like i really need any hello kitty gear.  and unlike their mother, neither the teen nor the bean have ever been particularly into it.  sometimes i wonder if these are really my kids.  no seafood?  no hello kitty?  WUT.

but plan B wasn't so bad.  at the nearby citadel outlet shopping center, we stumbled across this: 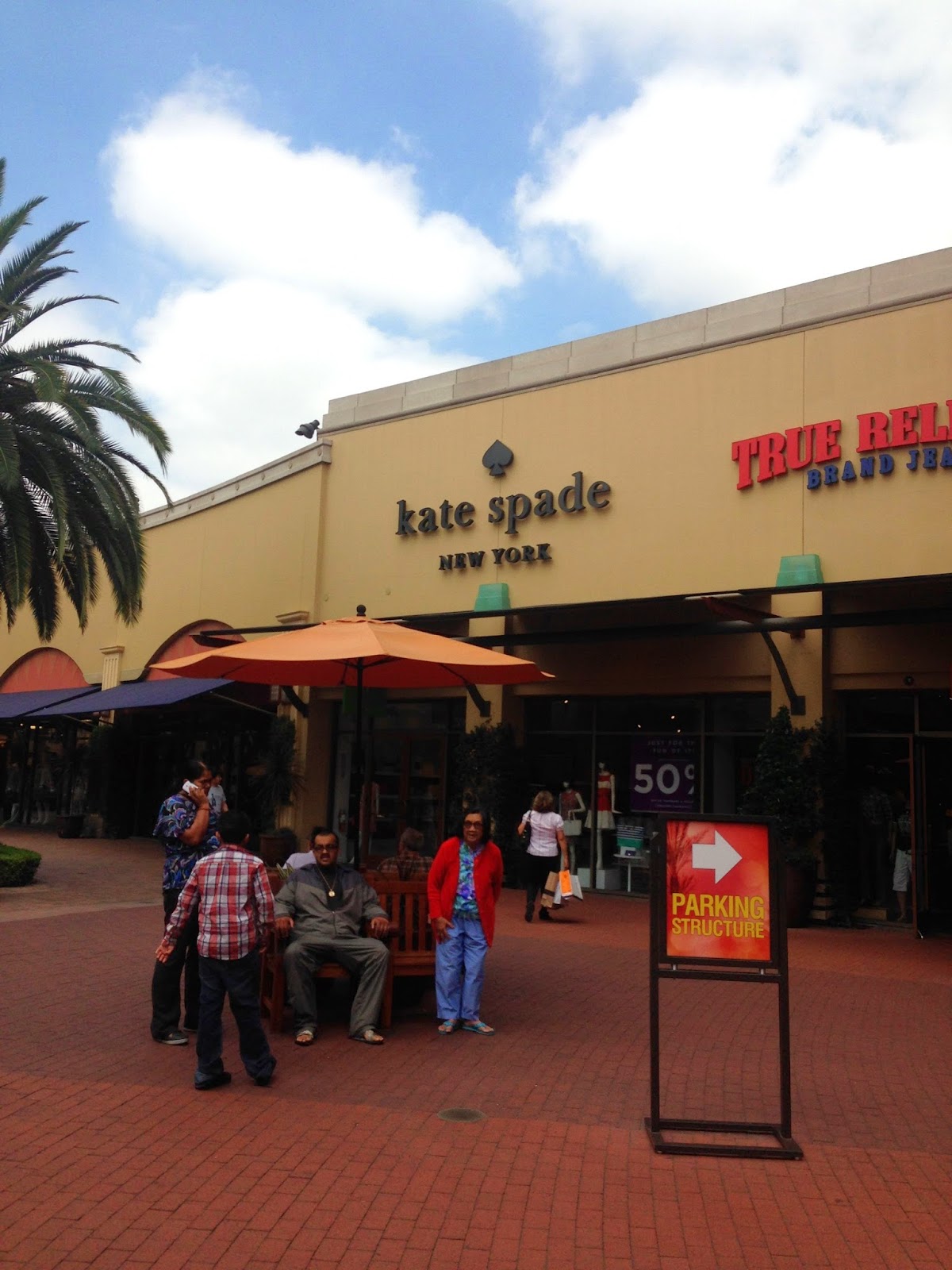 and inside the entire store was half off.  whee!  but you'll be so proud of me - despite the lure of beautiful bags and wallets and accessories by my very favorite designer at rock-bottom prices, i managed to keep a clear head.  i picked up a couple of small gifts and one little, teeny-tiny ring for myself and escaped relatively unscathed.  doesn't mean that the knowledge of a kate spade outlet so close to home isn't super dangerous for the future, though.  muahahahaha.

we headed back to our house for the girls to have a playdate, and stopped for lunch first.  it was comical to watch these two giggle and pose for selfies on lilcee's phone. 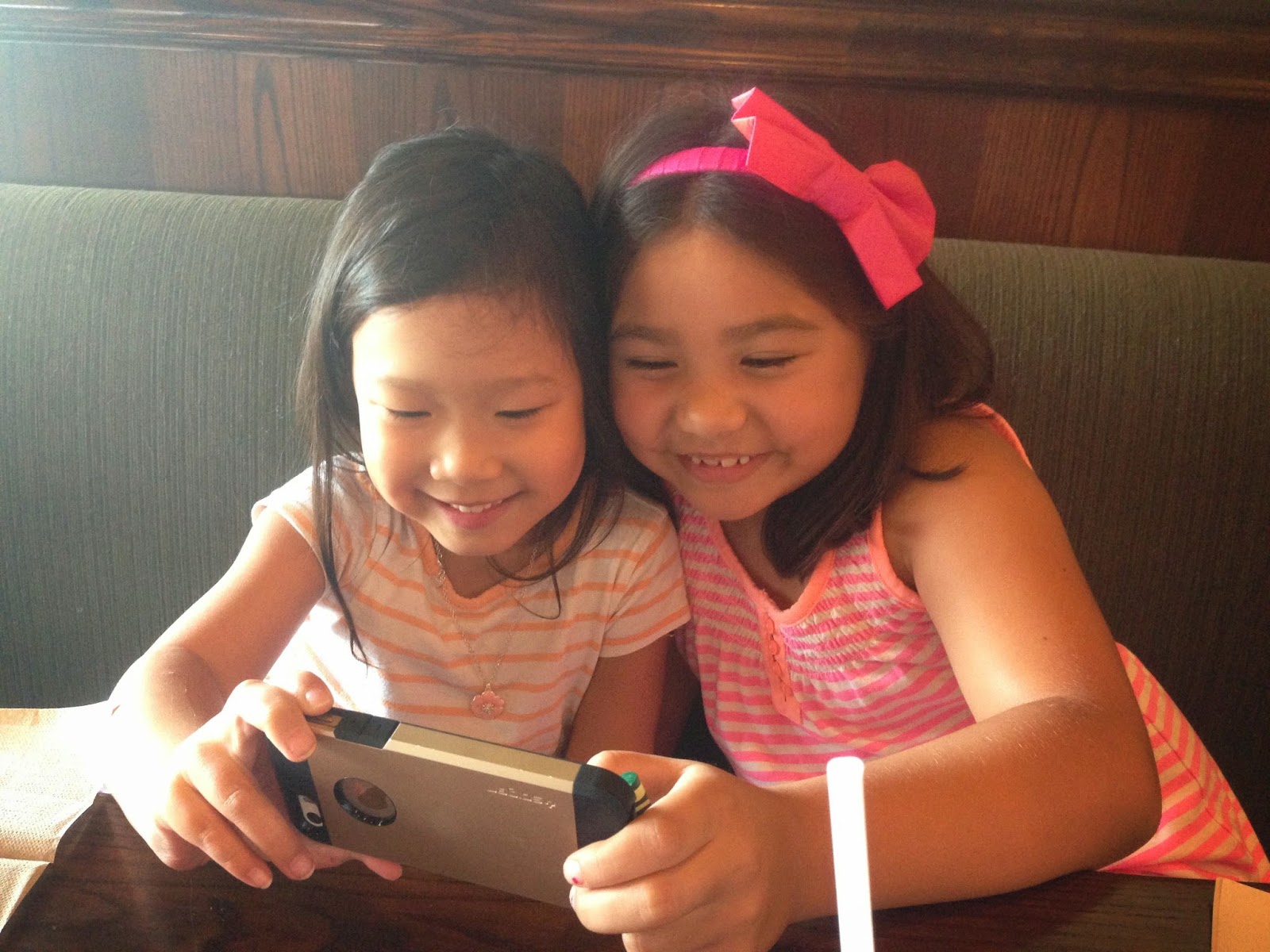 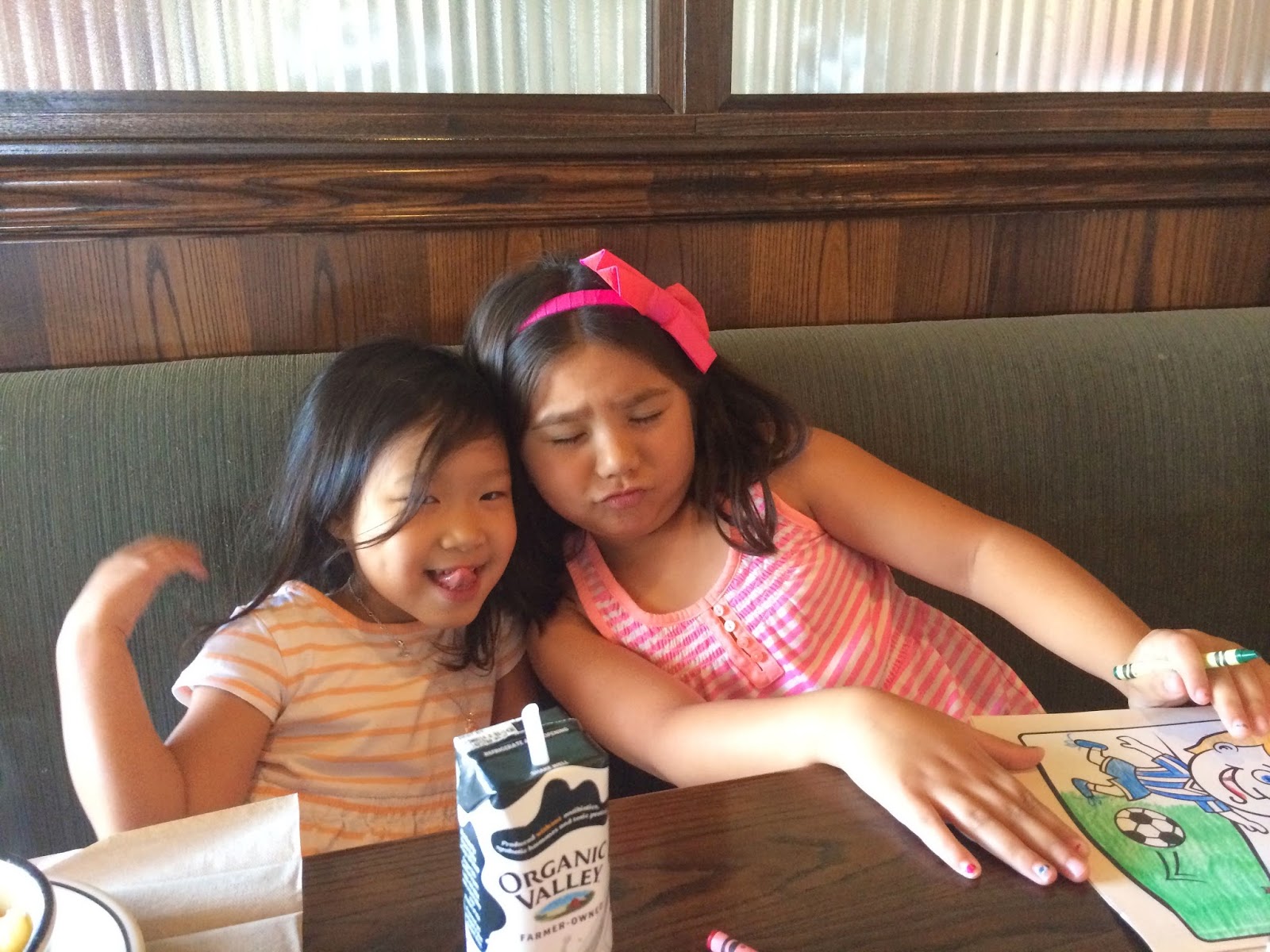 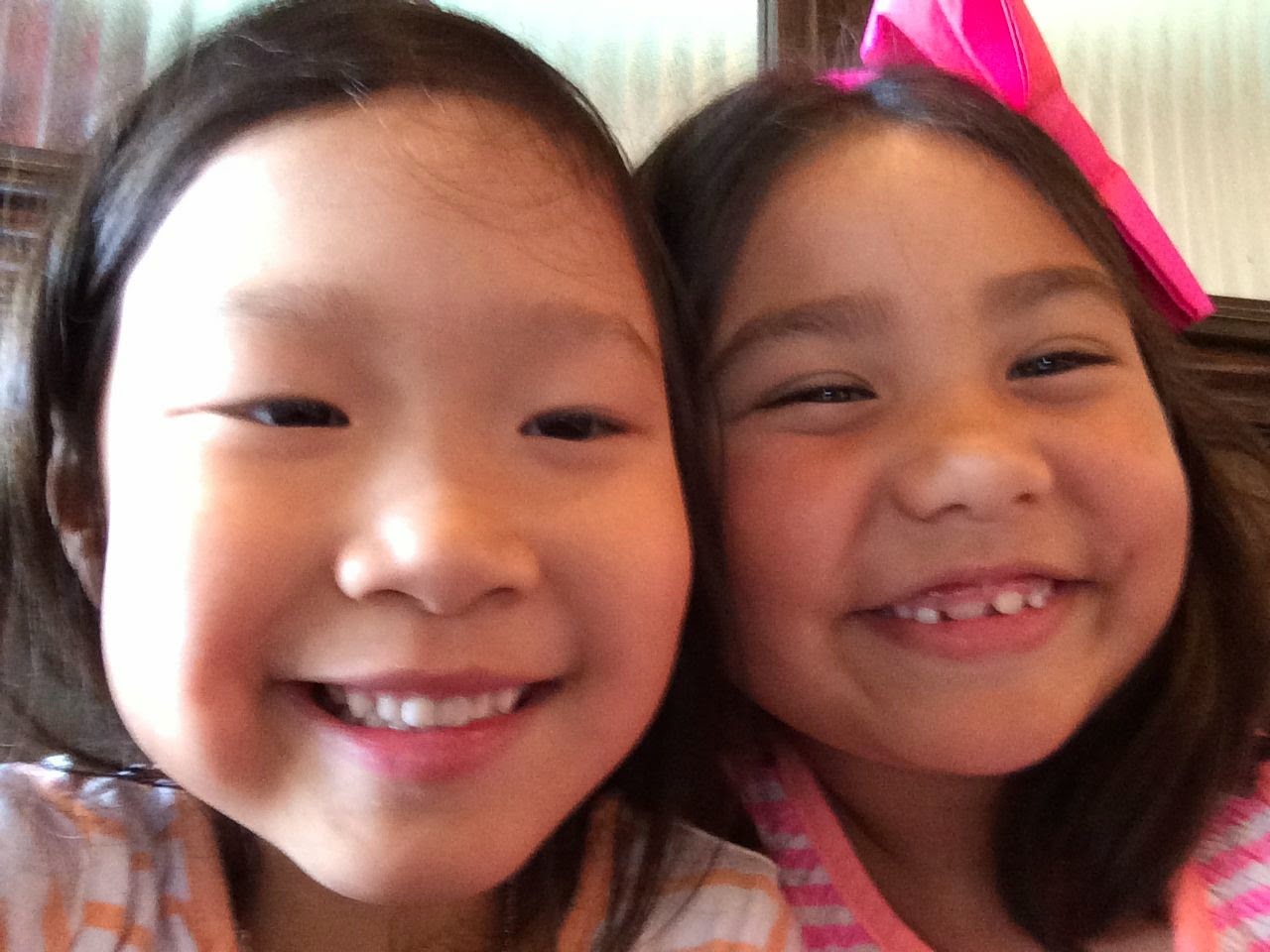 and also?  no worries on missing out on the sale.  because come october, there's HELLO KITTY CON. 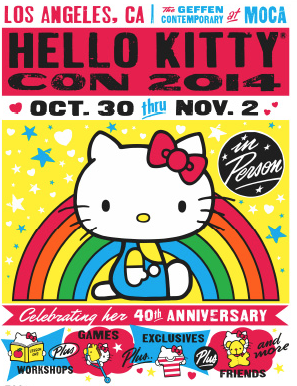