when i was little, i wanted to be a doctor.

and then i realized that meant blood and needles and a lot of school, so that was out.  so then i thought maybe i'd be a teacher like my mom (don't most kids go through a phase where they think they want to be a teacher because it sucks to be a student?), but i didn't want to be up in front of a classroom with all the attention on me.

later on, i discovered that i liked creative writing and decided that being a soap opera writer would be the most fantastical job in the whole wide world.  i wrote sappy poems about teenage love and life, which would be so awesome to read now (for cringing and snickering purposes, clearly), and totally thought i'd be an awesome author.

but then life happened.  it took me in different directions, as life usually does, and i haven't written a thing but this blog in years.  i don't think i have any creativity left in me anyway, and so you guys are stuck reading about the only thing i really have to write about - me.  muahahahahaha.

so i was super duper extra thrilled for my friend jessica when she announced that she'd landed a book deal and had an agent and a deal to publish her very first novel.  it's loosely based on a reality series on the sundance channel called "push girls," which follows the story of four girls living life in wheelchairs.  her co-author, chelsie hill, is a cast member on the show.  i mean, how freaking awesome is that?  she wrote a BOOK.  and it's been published.  and you can find it at amazon, barnes & noble, or pretty much any bookstore! 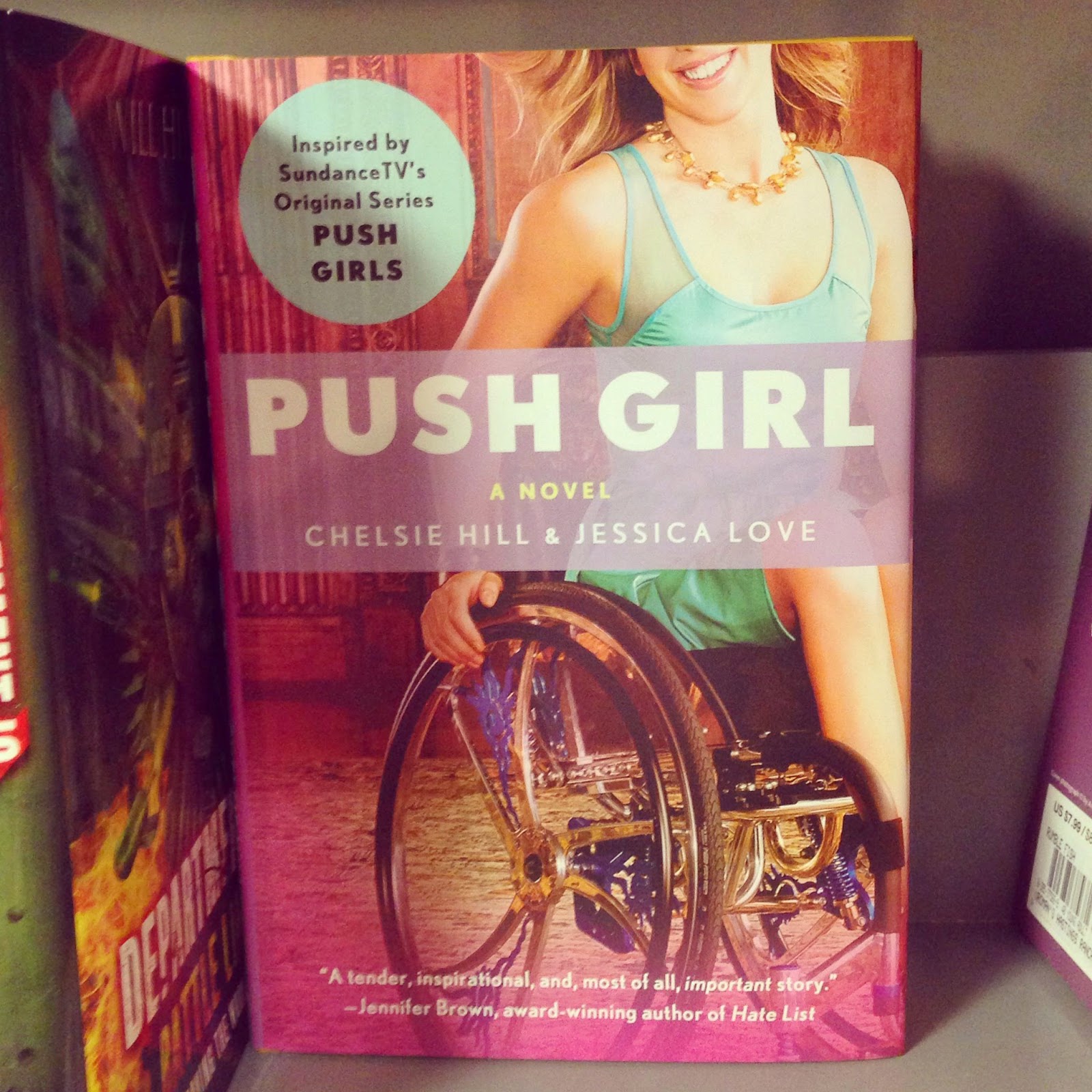 i made it a point to get my copy at vroman's, a little mom & pop-style bookstore in pasadena - site of the last book signing i attended.  jessica and her co-author chelsie hill had an appearance and book signing scheduled there, and a bunch of us made plans to meet up to support our friend and then have dinner together afterwards. 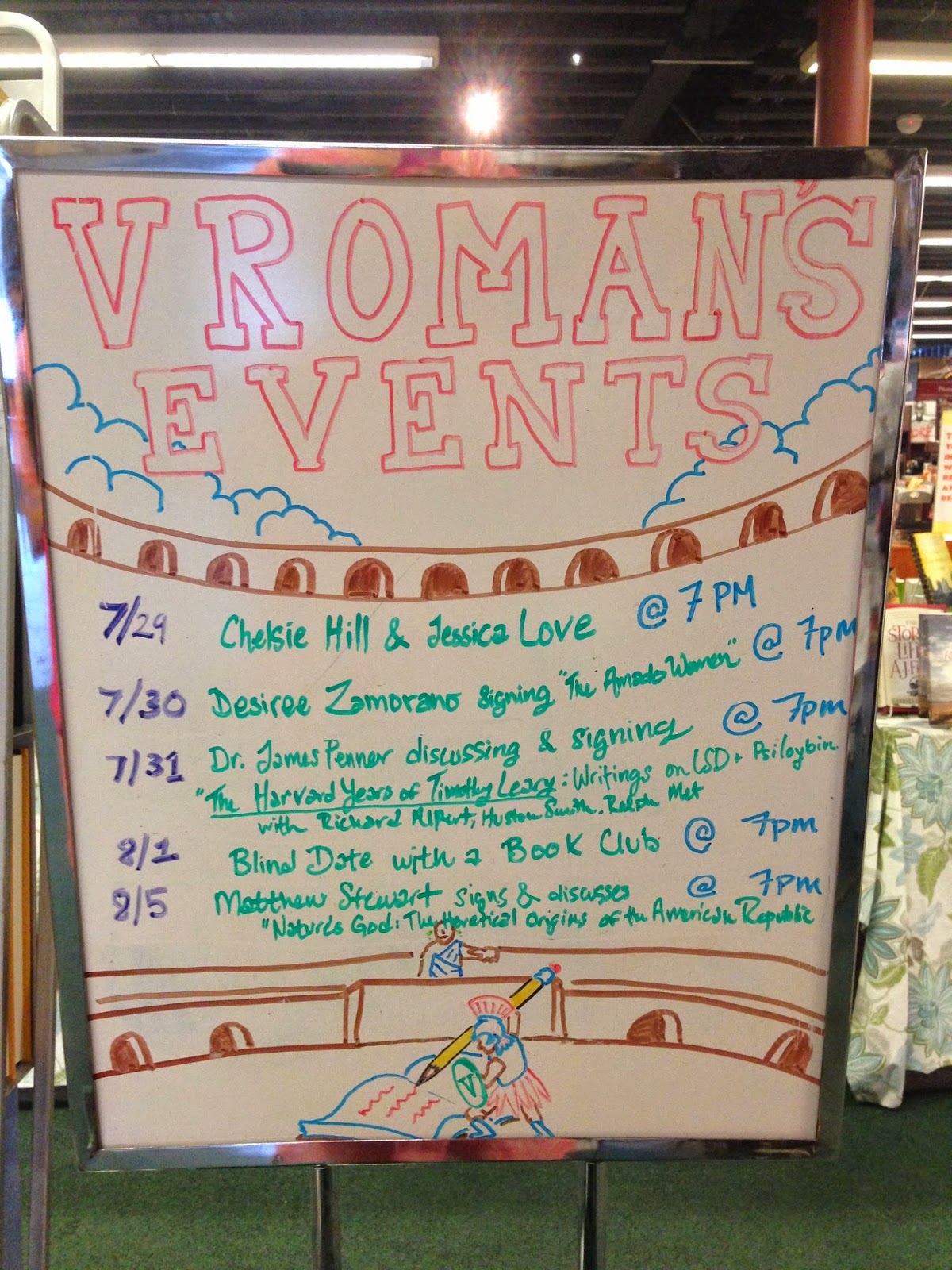 when lilcee and i arrived, a group of our friends had already arrived and saved seats for us right in front. 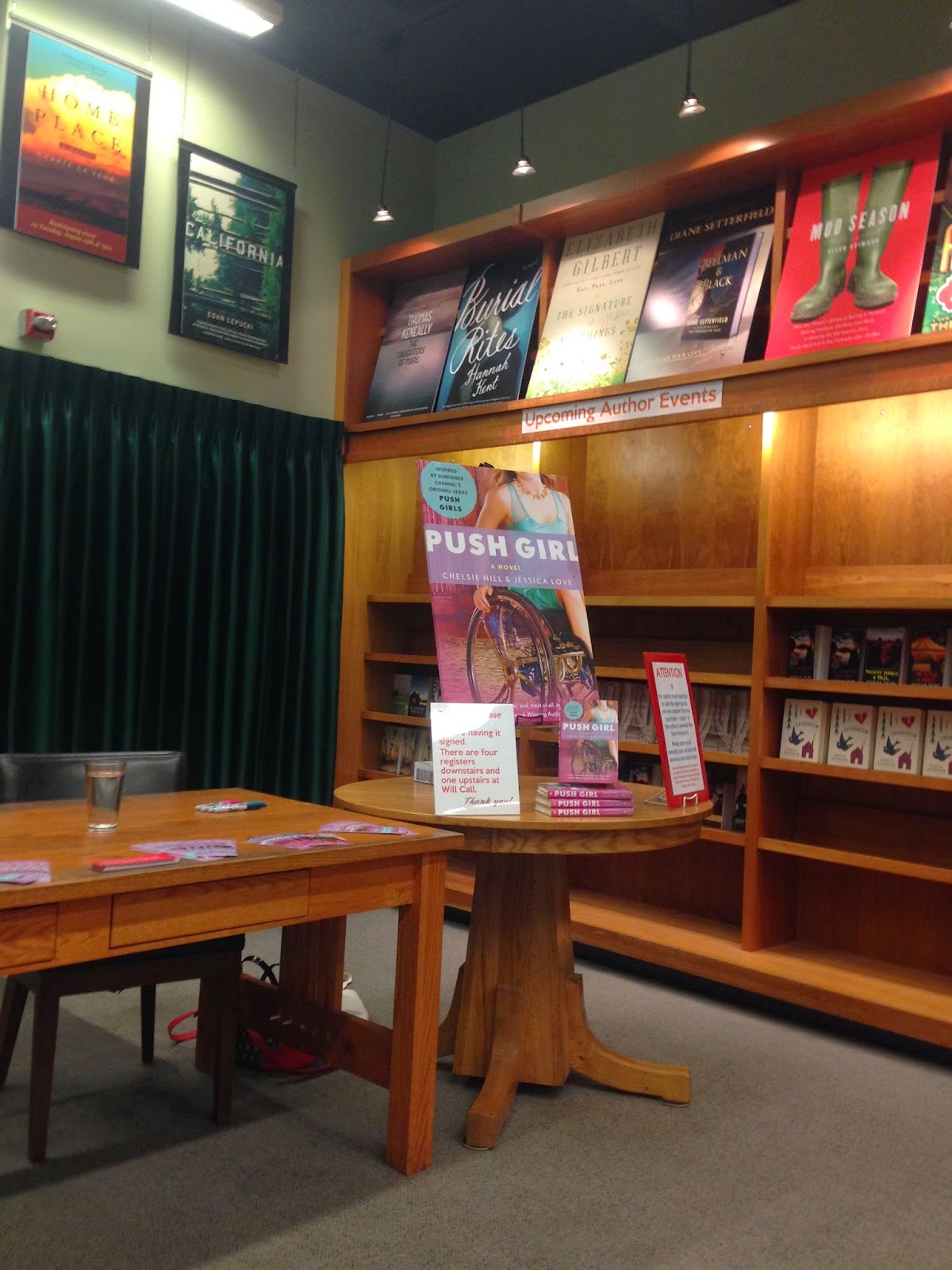 and there were snacks!  cheeeeeeese.  i love cheese.  and crackers.  and cookies.  can you tell i was hungry?  what else is new, though, huh? 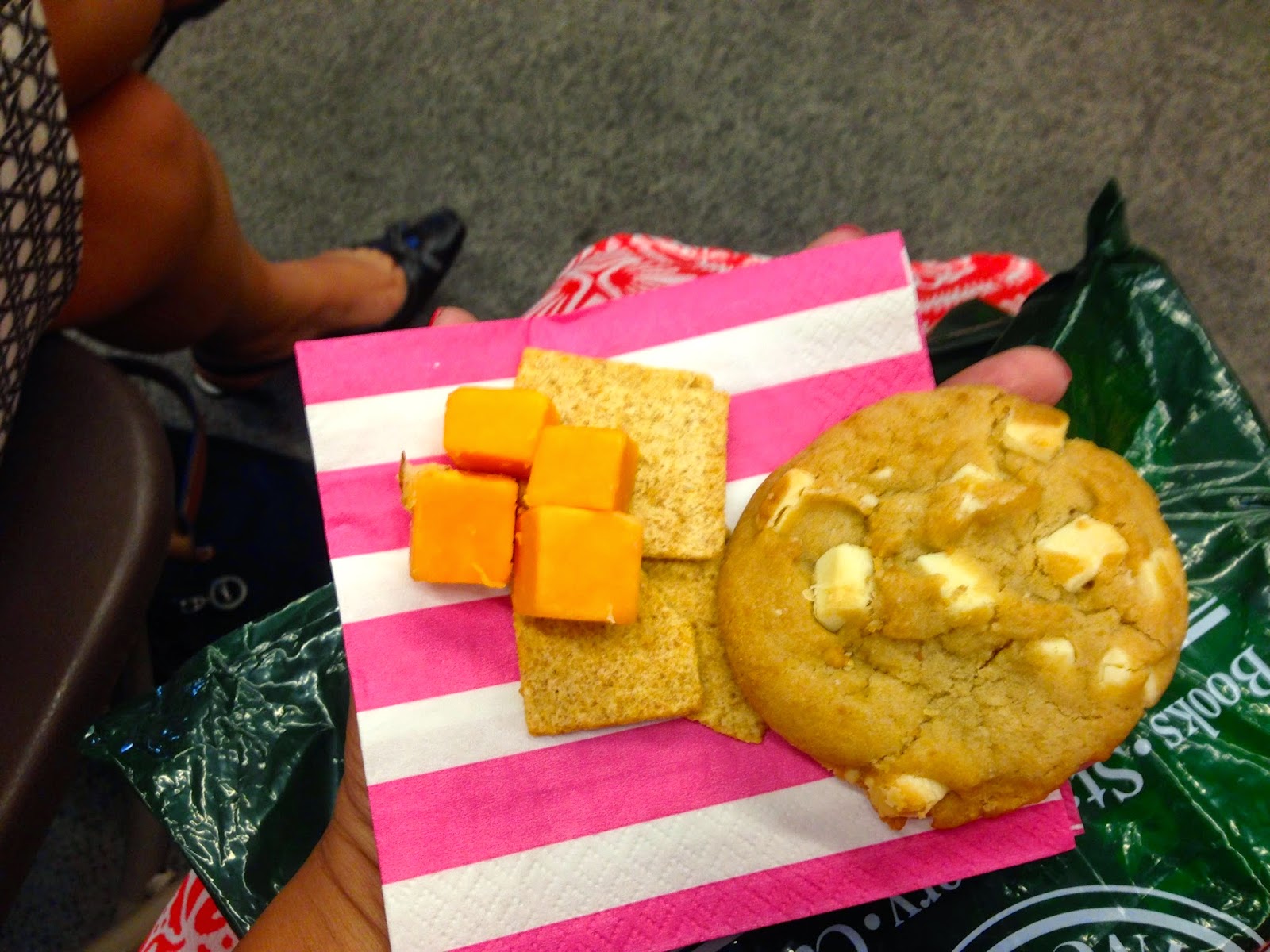 jessica and chelsie were introduced by a member of vroman's staff. 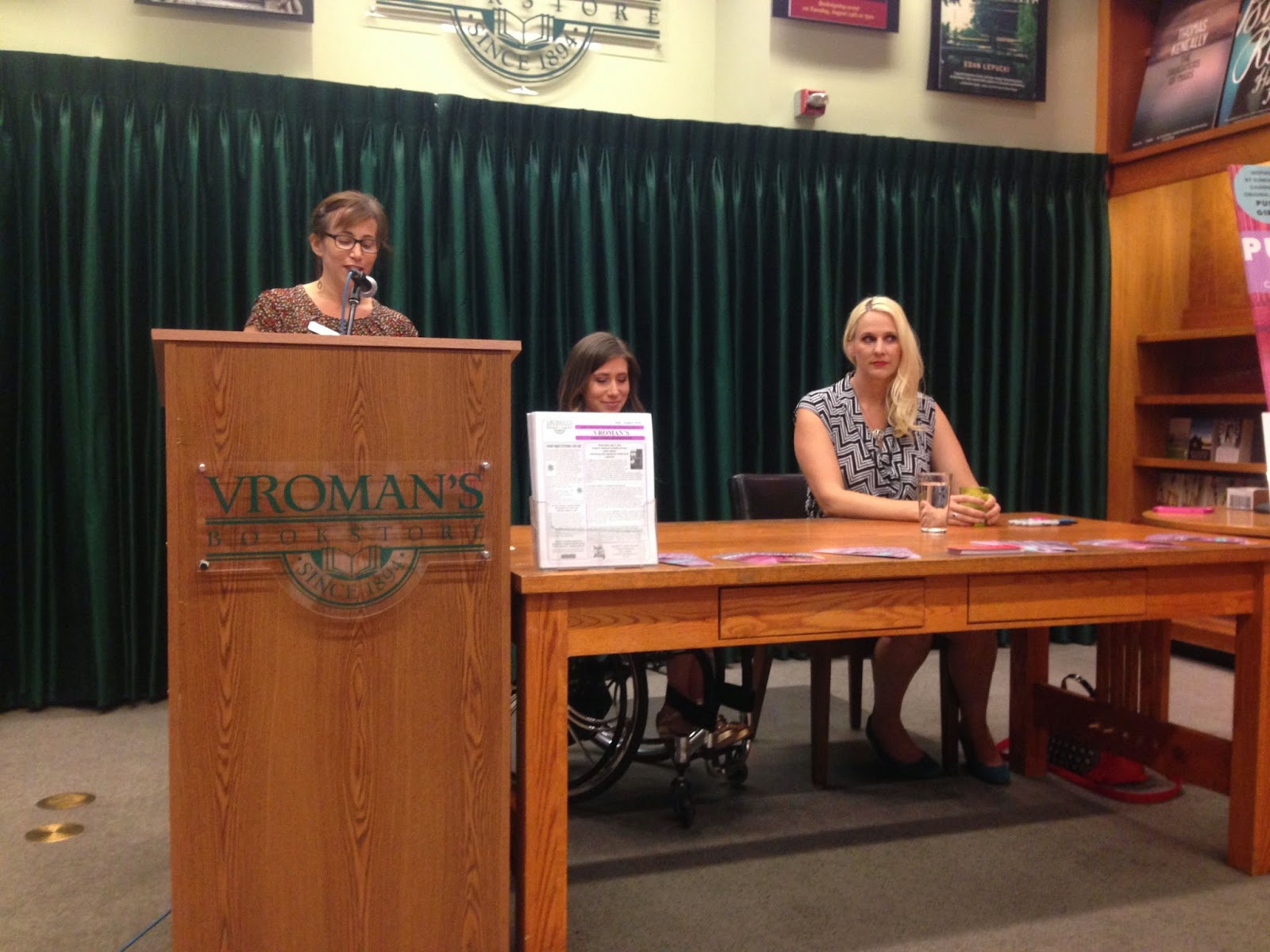 they both spoke a little about the story and how it came to be, and then jessica read an excerpt from the book. 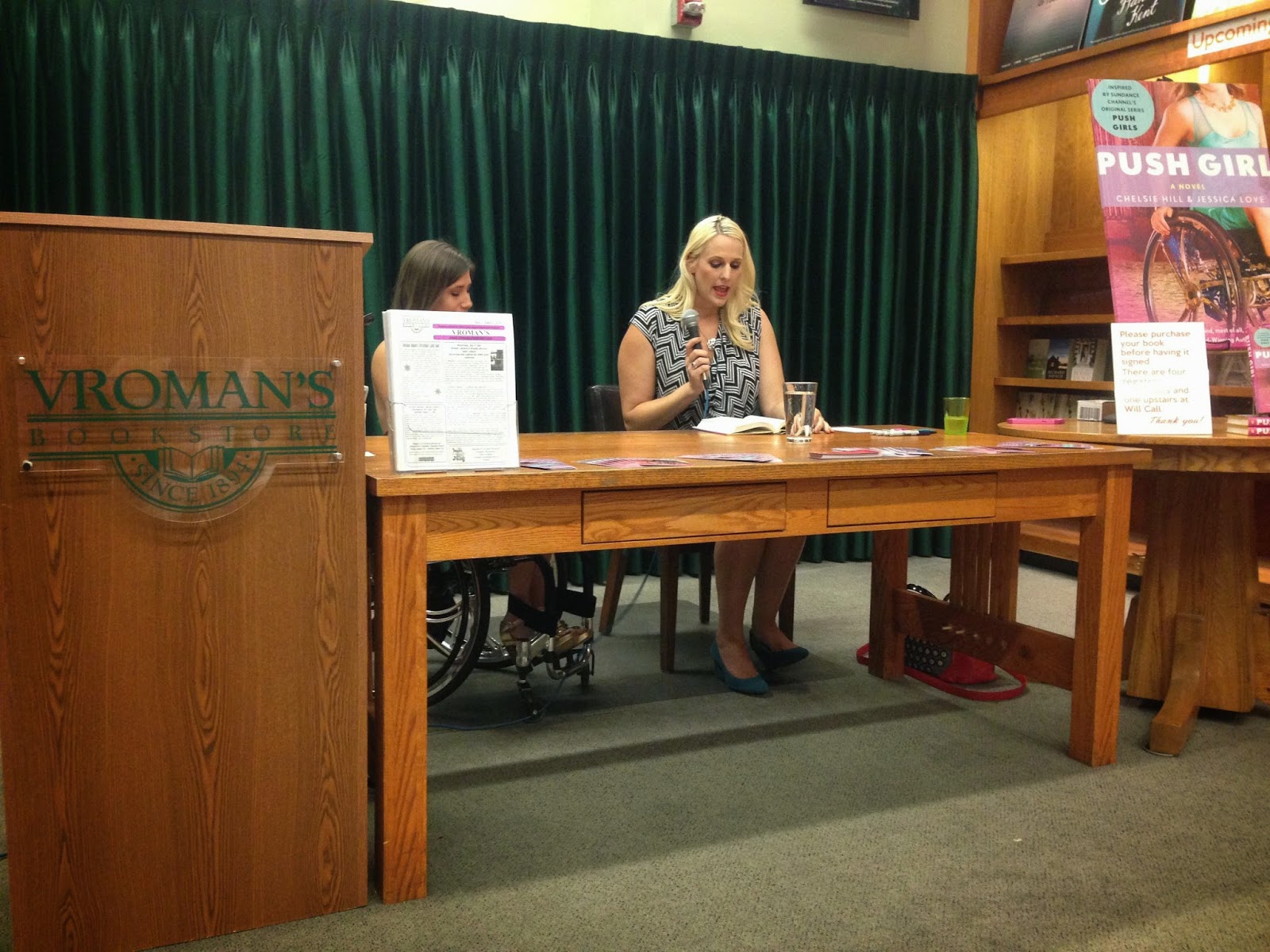 after a little q&a session, we all lined up to have our books signed.  and, of course, a photo op. 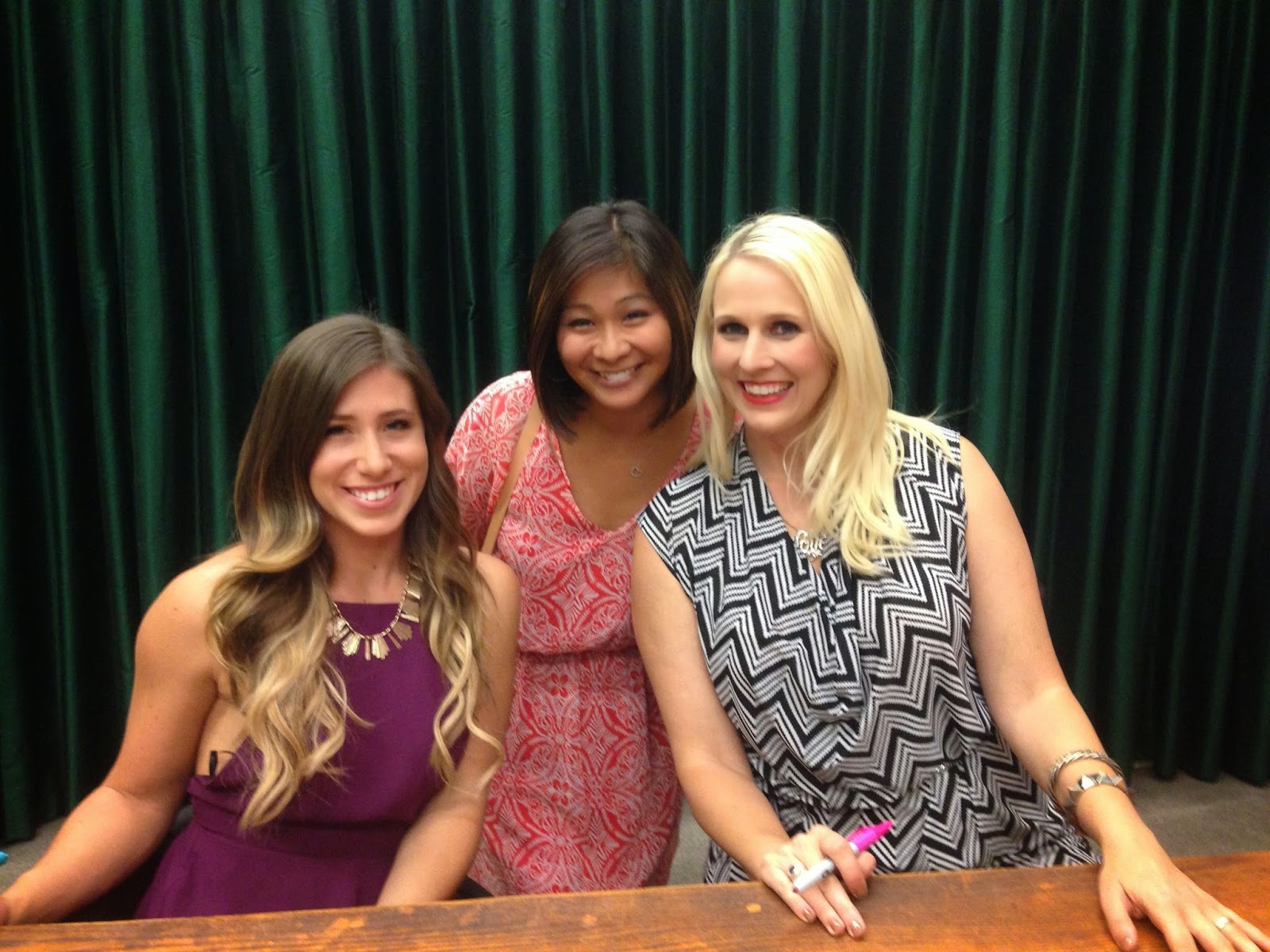 before we headed across the street for dinner, we managed to gather for a group pic. 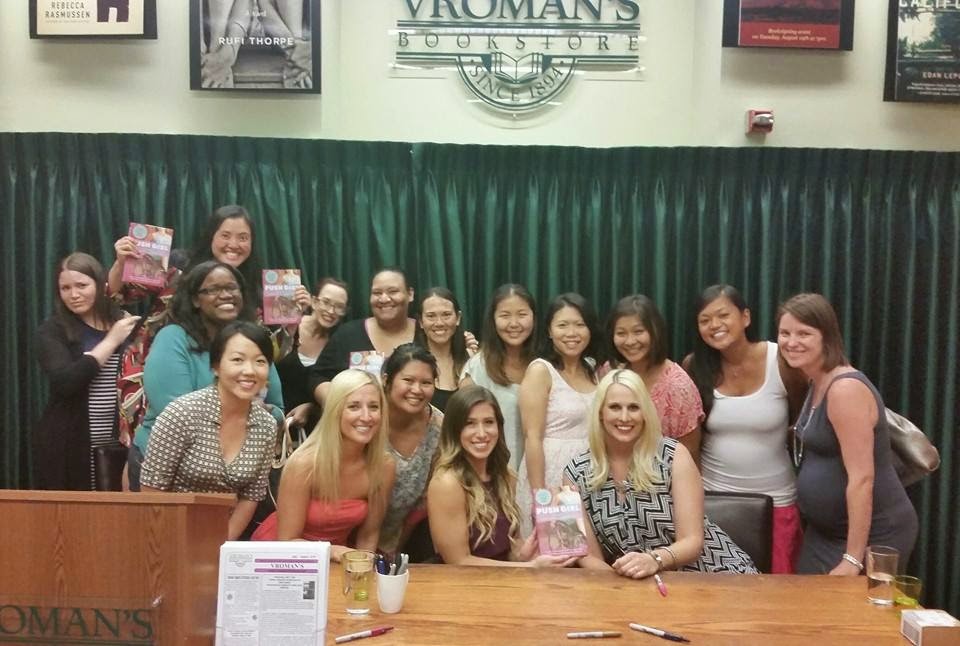 huge congrats to jessica on her debut novel!  can't wait till i have some free time to sit down and read it.  hopefully i'll finish it before her second book comes out next fall.
at July 31, 2014

Email ThisBlogThis!Share to TwitterShare to FacebookShare to Pinterest
Labels: books are fun, my friends rock