so first, do you know what a fluffernutter is?  it involves these three things (and a knife): 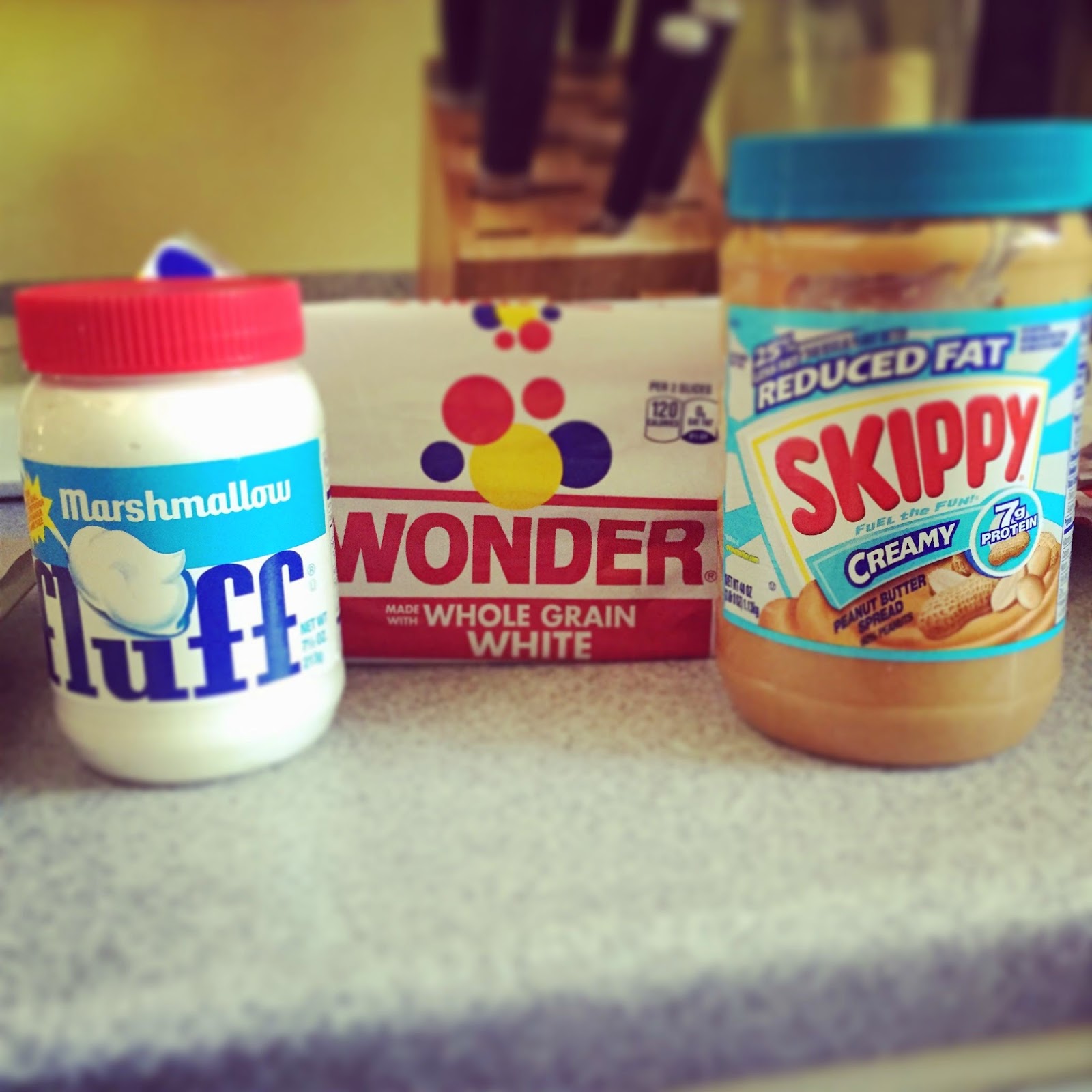 and then if so, did you have any idea that last week was national fluffernutter day? 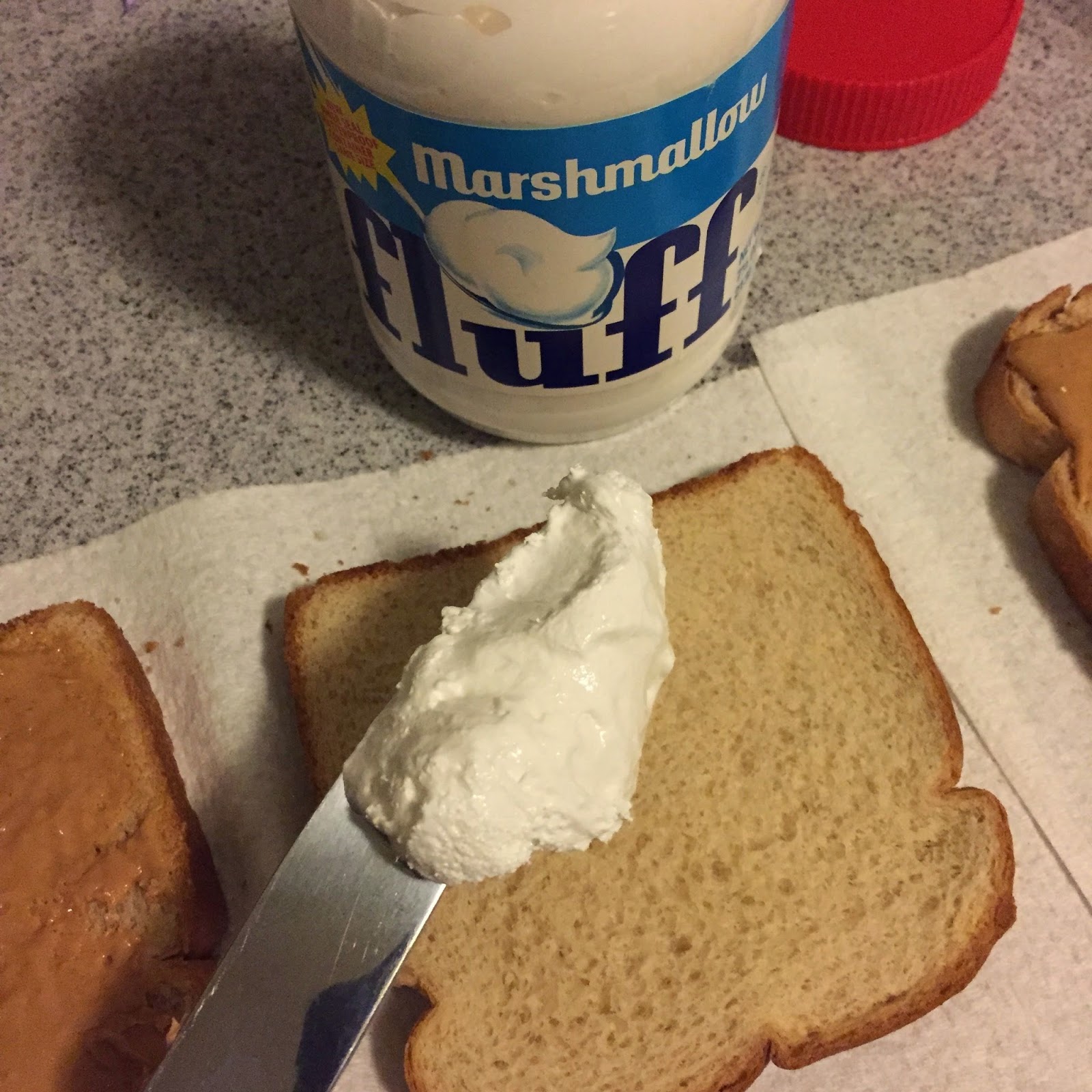 the teen was introduced to fluffernutters during a trip to disney world back when she was about 8.  it was fantastic.  we stayed at the pop century hotel on property, which is adorned with all sorts of great pop culture icons through the decades.  they had a food court where you could pick up all sorts of great grub, and one day she discovered a sandwich made with rainbow tie-dye bread, peanut butter and marshmallow fluff.  she was hooked from the first bite.

so of course, we had to celebrate the holiday. 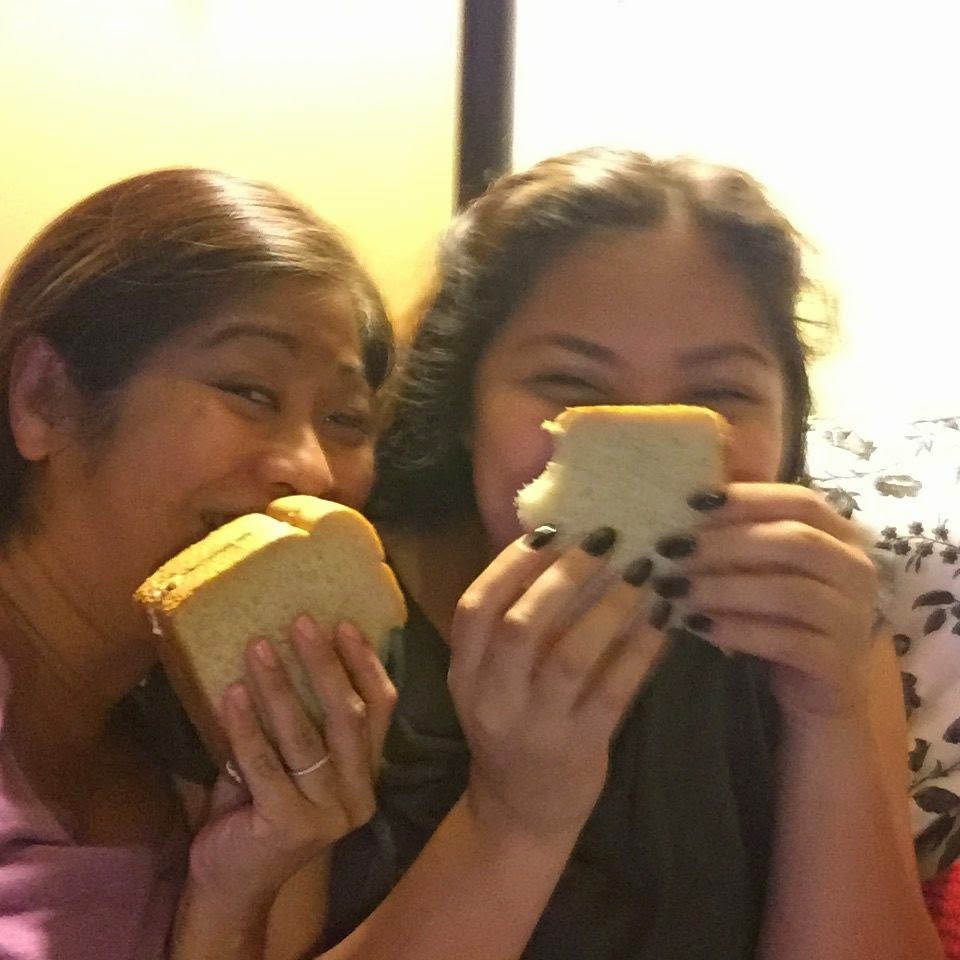 you know what's funny?  watching the bean get really excited when she gets a text message.  i wiped my old phone and put some of her favorite games and apps on it, and then i set her up with her own apple ID so that she could use it for texting.  there are only a handful of numbers on it - grandma, grandpa, mommy, daddy, her sister and her uncle. and she loves that damn emoji keyboard. 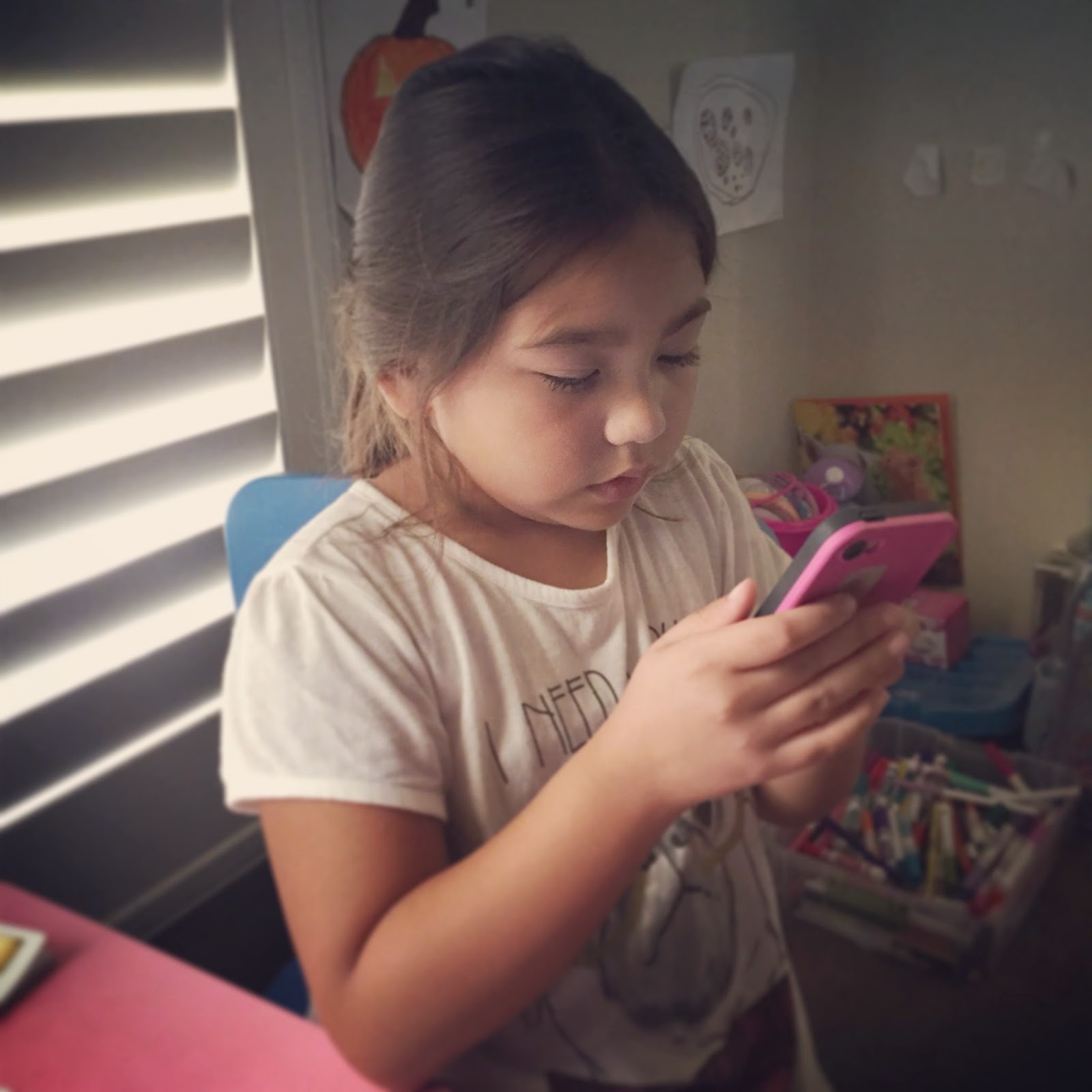 have i mentioned that the bean is in show choir this year?  they've had about 4 or 5 practices so far, and they had their first official performance during the first-ever elementary talent show at school. 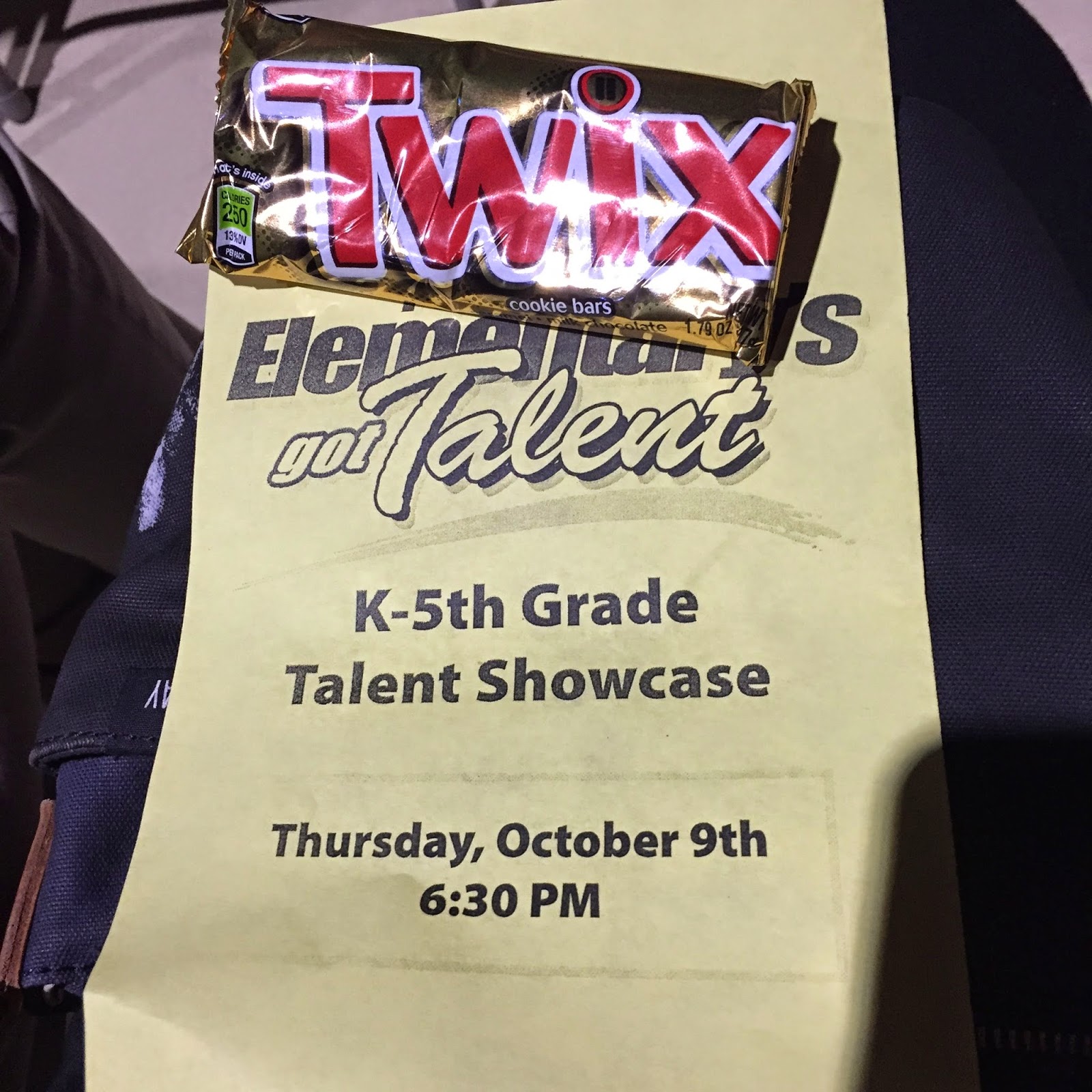 yes, i totally had a snack.  after all, it was a fundraiser.  i had to, right?  and the show choir was the final act of the evening, so i needed a little something to take me through the 10+ performances that preceded them.  the bean had come straight from gymnastics class, and struck a pose for me after i was done helping her get cleaned up and ready for the stage. 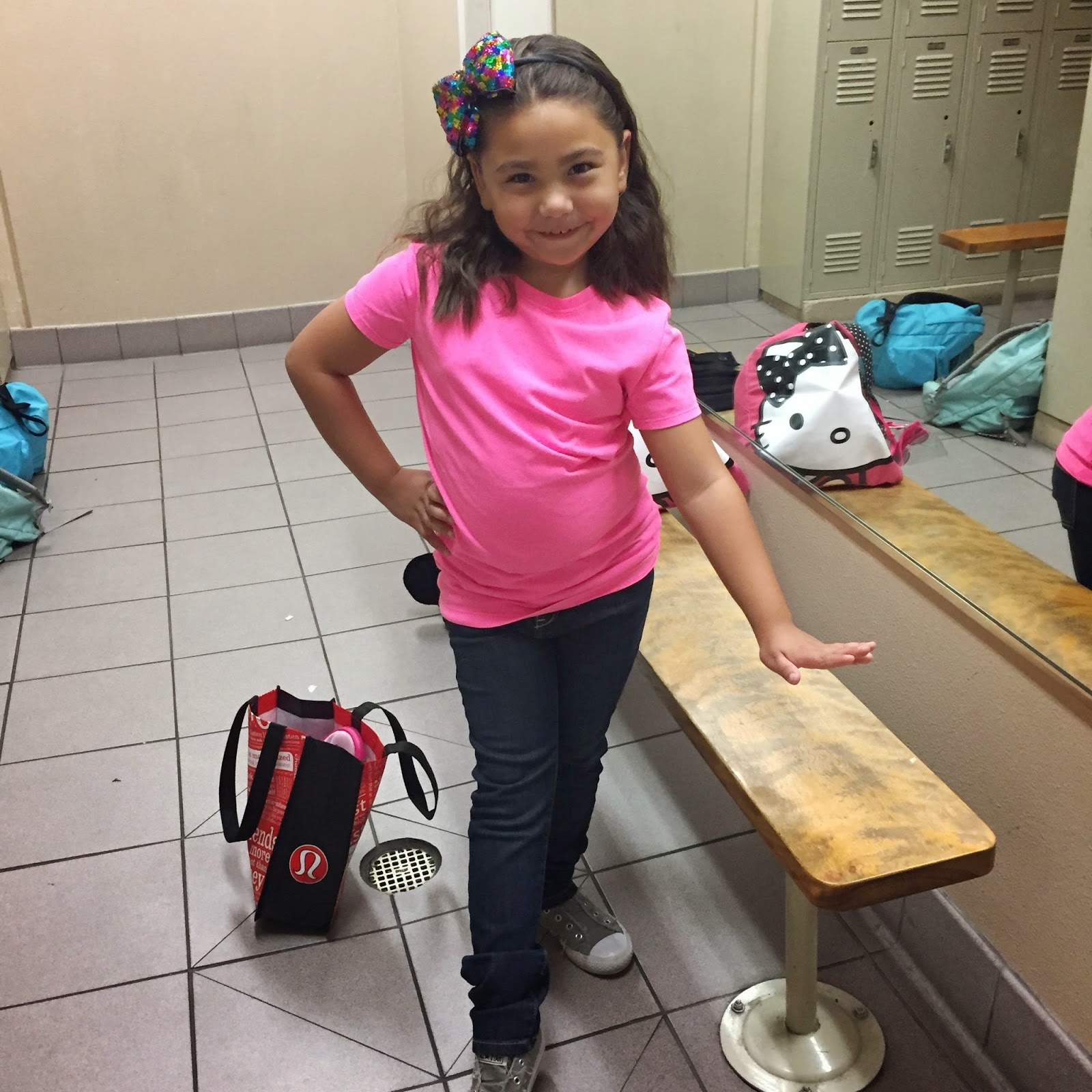 on a completely different topic, the bean's sassypants poses kill me. 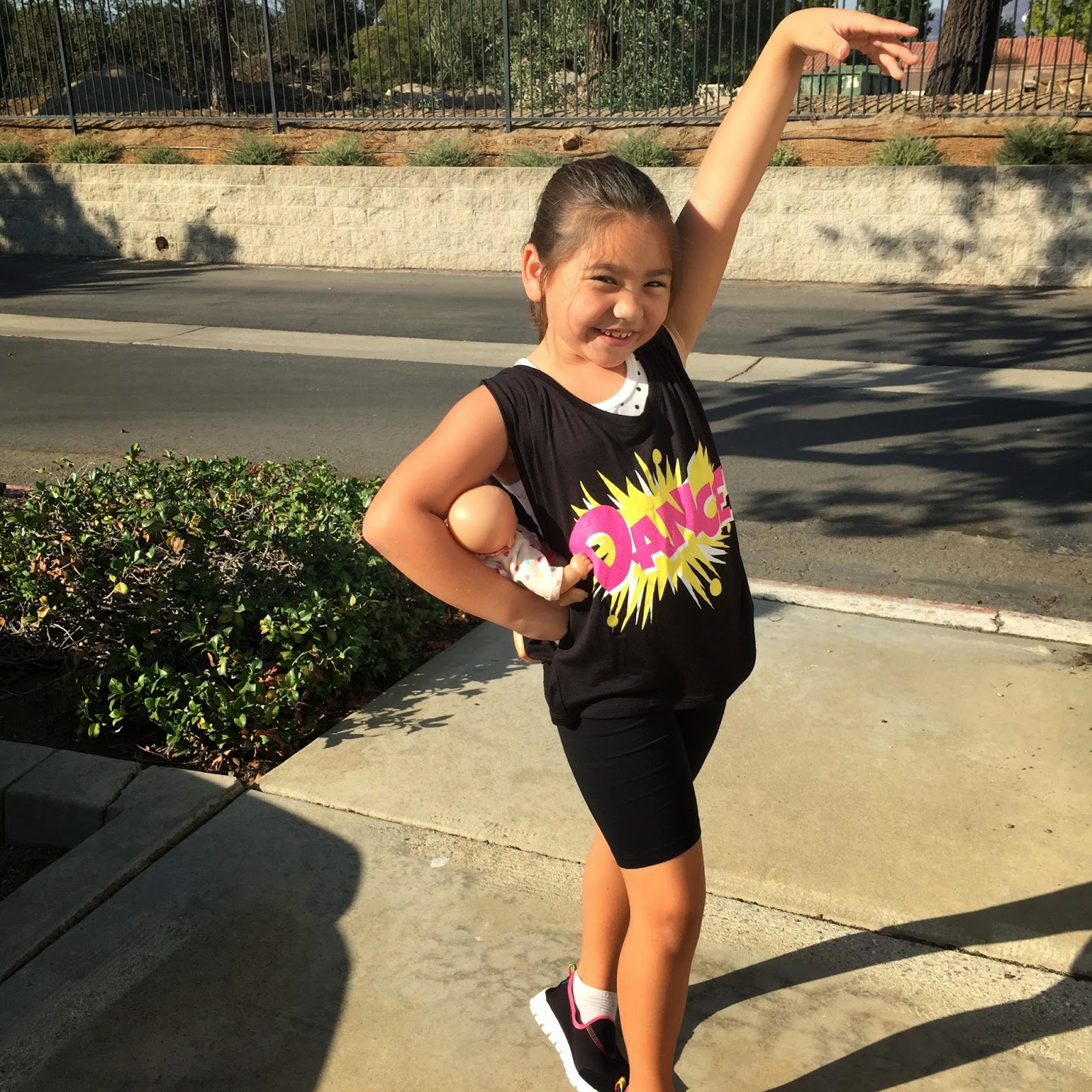 anyway, the talent show was fun to watch.  kids from kindergarten through the 5th grade got up on that stage and did all sorts of things from singing to baton twirling to a comedy act with some tap dancing and even a fitness demonstration.  i had to give them lots of credit - i'm not brave enough to do that kind of stuff.  and then finally, the show choir took the stage. 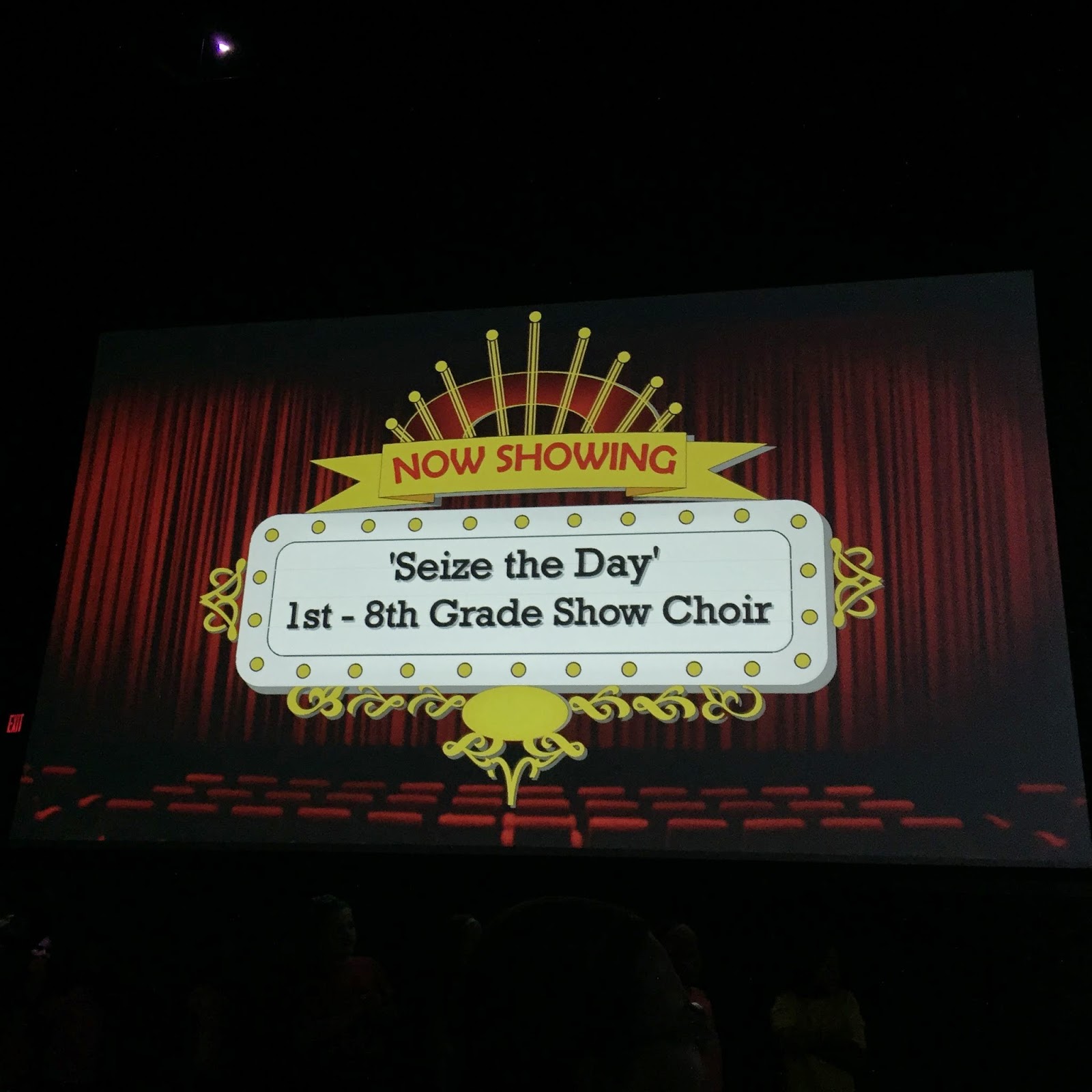 the junior high kids showed off some moves first, and then the elementary choir scampered up onstage and joined in.  they'd only had two weeks of rehearsals for this particular song, but they killed it.  we'd been lucky enough to snag seats on the side that the bean was positioned on, and since she's one of the youngest kids in the group she was in the front row.  i was too excited and mesmerized to take any video, but remembered to hand my phone to the teen for some pictures.  she was sitting right next to me but had a better view, and got this great shot of her sister's triumphant finale pose. 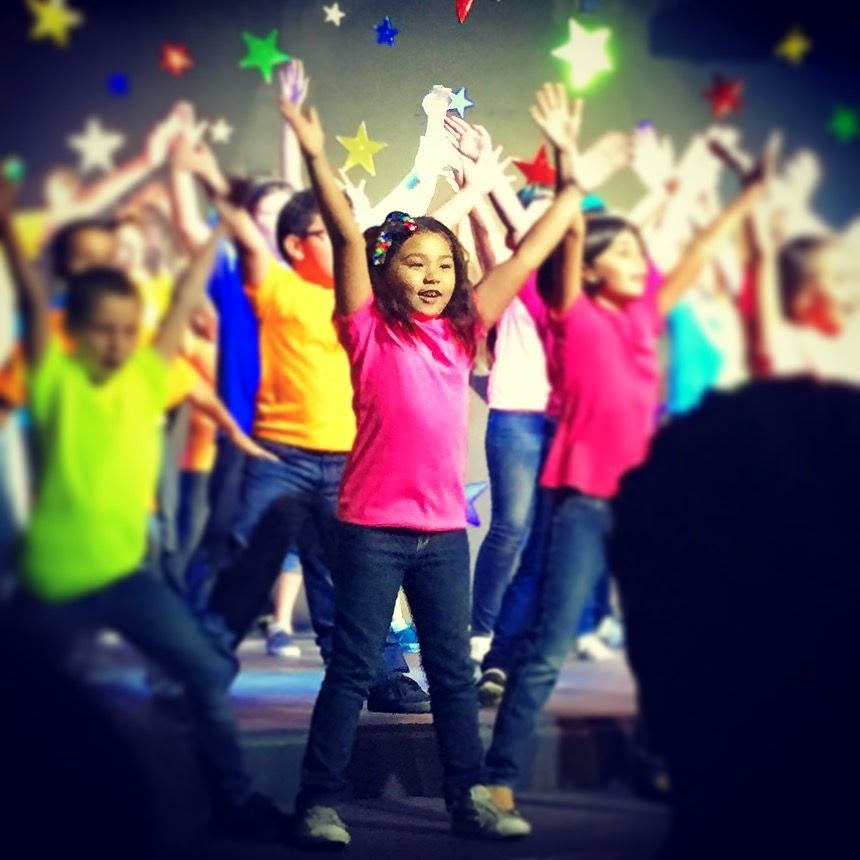 and i swear, someone must've been chopping onions in there because my vision got all blurry and my eyes started leaking.  huh.

they'll have another performance at the school's annual fund dinner next month.  i cannot wait.  hopefully i'll remember to get some video footage this time around.
at October 13, 2014