so do you remember last year, when i joined the thousands of hopefuls in applying for a highly coveted spot on the disney moms panel? 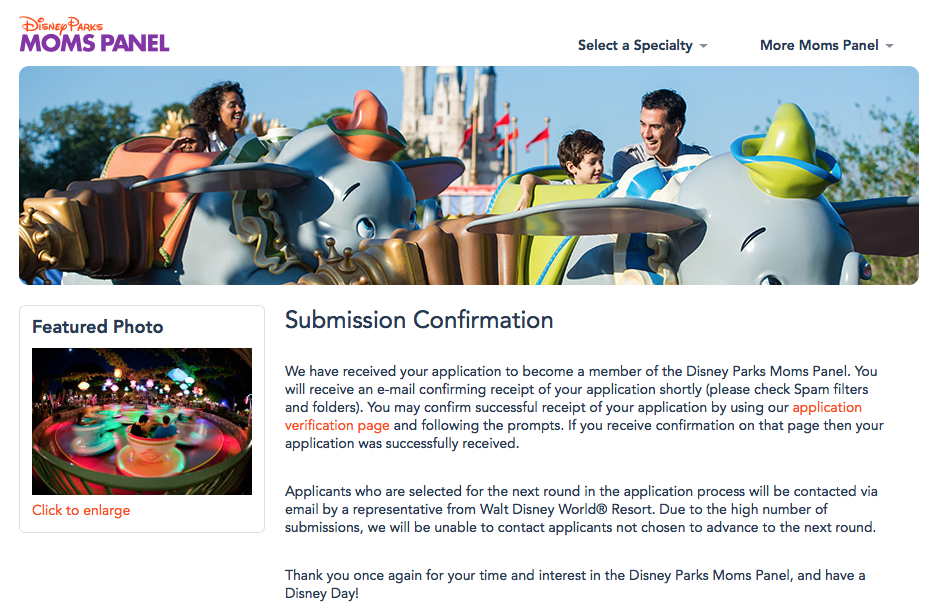 this was actually quite a while ago - early september, to be exact.  and apparently, there were so many applicants this time that it took them a month and a half to get through them all.  there were a handful of essay questions, and not only were they watching for content, but accuracy and spelling and grammar and all that kind of good stuff.  plus, i'm thinking they wanted to see some sort of personality come through on that screen.  like, here's one of the questions from round one - i pulled out all the cheese and dorkiness i could muster to answer it: 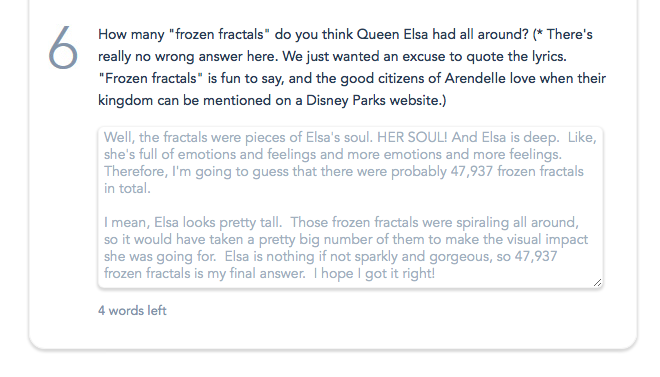 huh.  reading that again, i would have totally passed me over in a hot minute.  what a goober, man.

knowing the insane odds of actually earning a spot on the panel - and nobody knows how many openings there are - i pretty much tried to bury all thoughts of advancing further.  yeah, i'm still part of the closed facebook group comprised of "disney MP hopefuls," and it's fun to read everyone's excitement and anxiousness, but i just sat back and enjoyed the anticipation.

gary, the poor guy who pulled the short straw and had to manage the insanity of social media for the group last year, is still our go-to via social media.  he would tweet out cryptic clues and little bits of encouragement for the applicants, and it was fun to watch everyone run into the facebook board to share for those who aren't on twitter.  every tweet was dissected and discussed and ripped into about a million pieces in an attempt to decipher its meaning, and sometimes they were successful.  other times, hilariously way off.  and then finally, he was able to tell us this:

and later that day, the pixie dust was a-flyin'.  thank goodness the panel judges didn't agree with my assessment of my answers to the round 1 questions, because: 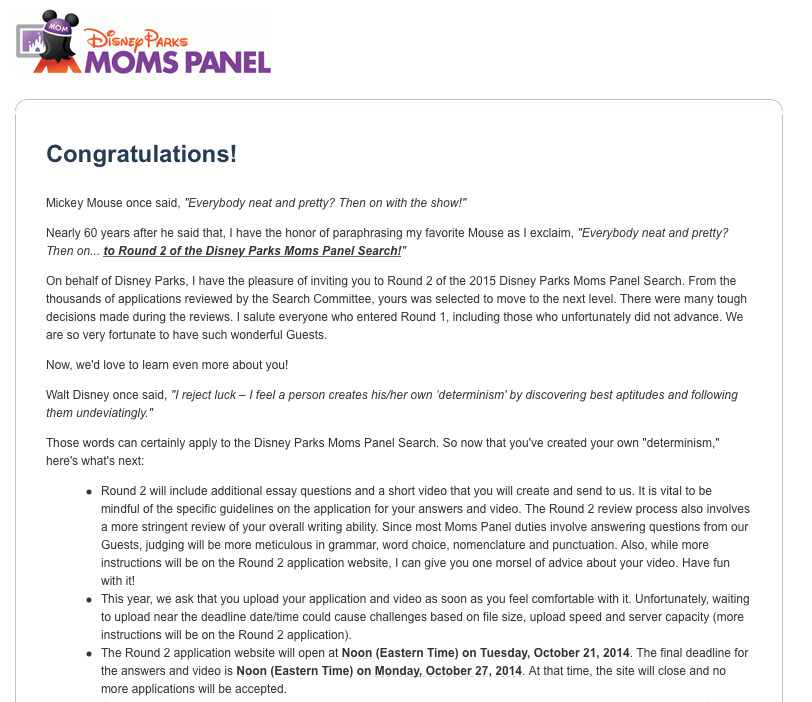 but now...another video.  ack!  how i hate seeing and hearing myself on video.  pictures, sure.  i'm a total picture whore, which i'm not sure if you knew or not.  and the applications are due on monday.