remember how the teen and i headed down to disneyland after dropping the bean off at school so that i could make my video for round 2 of the disney moms panel application process?

yeah...so i kept thinking about what i wanted to do and say in the video, and i had come up with a handful of talking points to address the question i'd been given.  i thought about last year's video, which we'd thought had come out so well, but still hadn't landed me a spot in the next round.  and i remembered that a lot of videos that folks had submitted last year were super simple - just them and the camera, speaking from the heart, keeping it light and easy breezy.

that's when i decided that perhaps going all out and completely disney-fying my video wasn't the right way to go about it.  maybe this year, i'd make it super simple.  i ran the idea by the teen and decided that this year's video would be the polar opposite of last year - no gimmicks, no tricks, no props.  just me, wearing a plain top, in front of a white wall and being myself.  after all, the whole point is to show them who i am.  so that's what i did.

in the meantime, we were already at disneyland - parked in a pretty decent spot, passes in hand and on our way to board the tram to the entrance.  with no more pressure to film that damn video and several good, long hours to just hang out together, it turned into a great time  - just me and my firstborn.

because we were there relatively early, we headed right over to what remains one of the most popular attractions in the entire disneyland resort - radiator springs racers in cars land.  fastpasses were still available but printed with a time much later than we could stay, and the standby line was already up to a 45-minute wait.  but the single rider line was completely empty.  we literally walked right up to the ride and were boarded in about 3 minutes.  and we even got to ride in the same car! 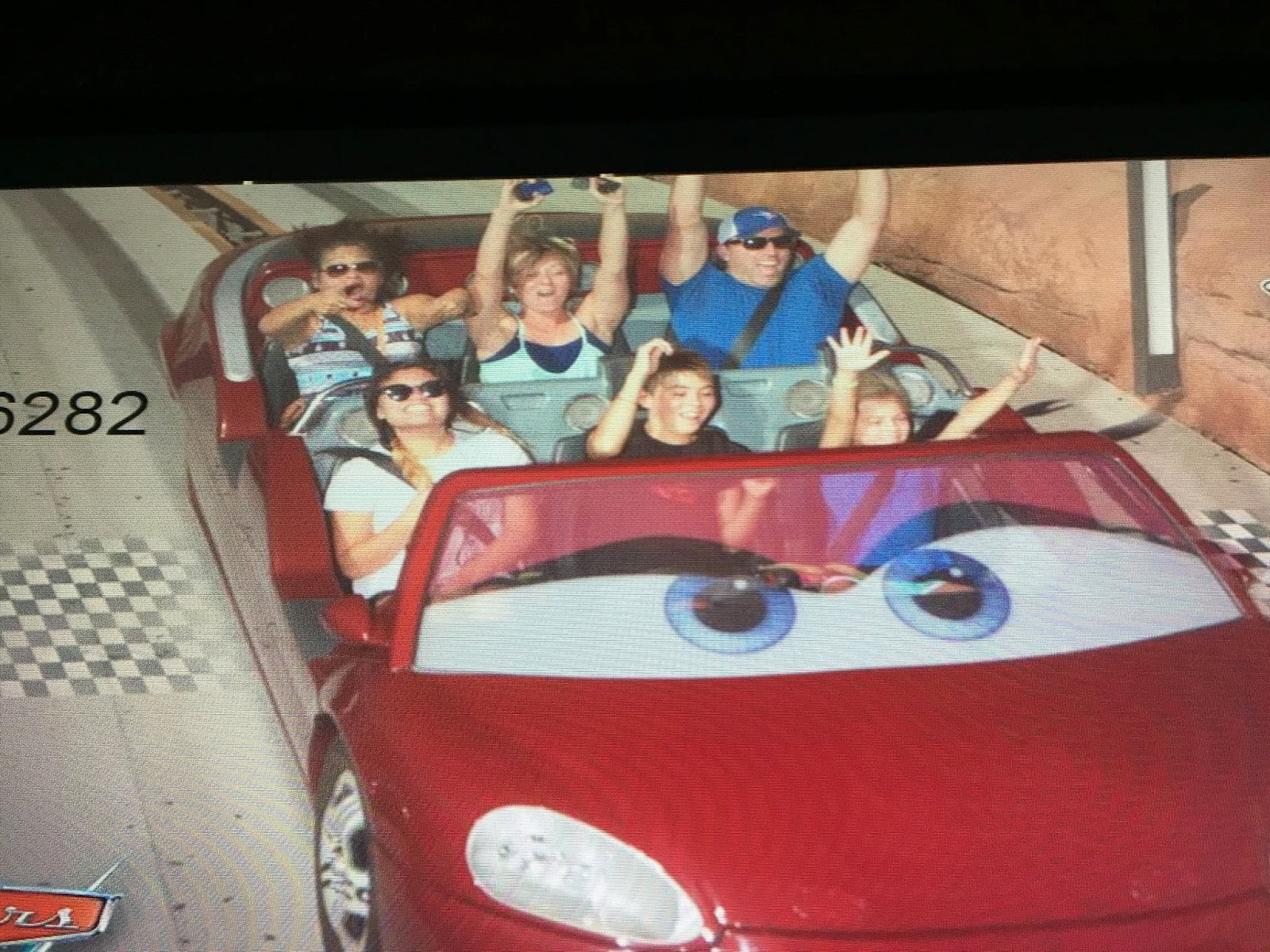 it was so much fun, we did it again.  this time though, we got separated. 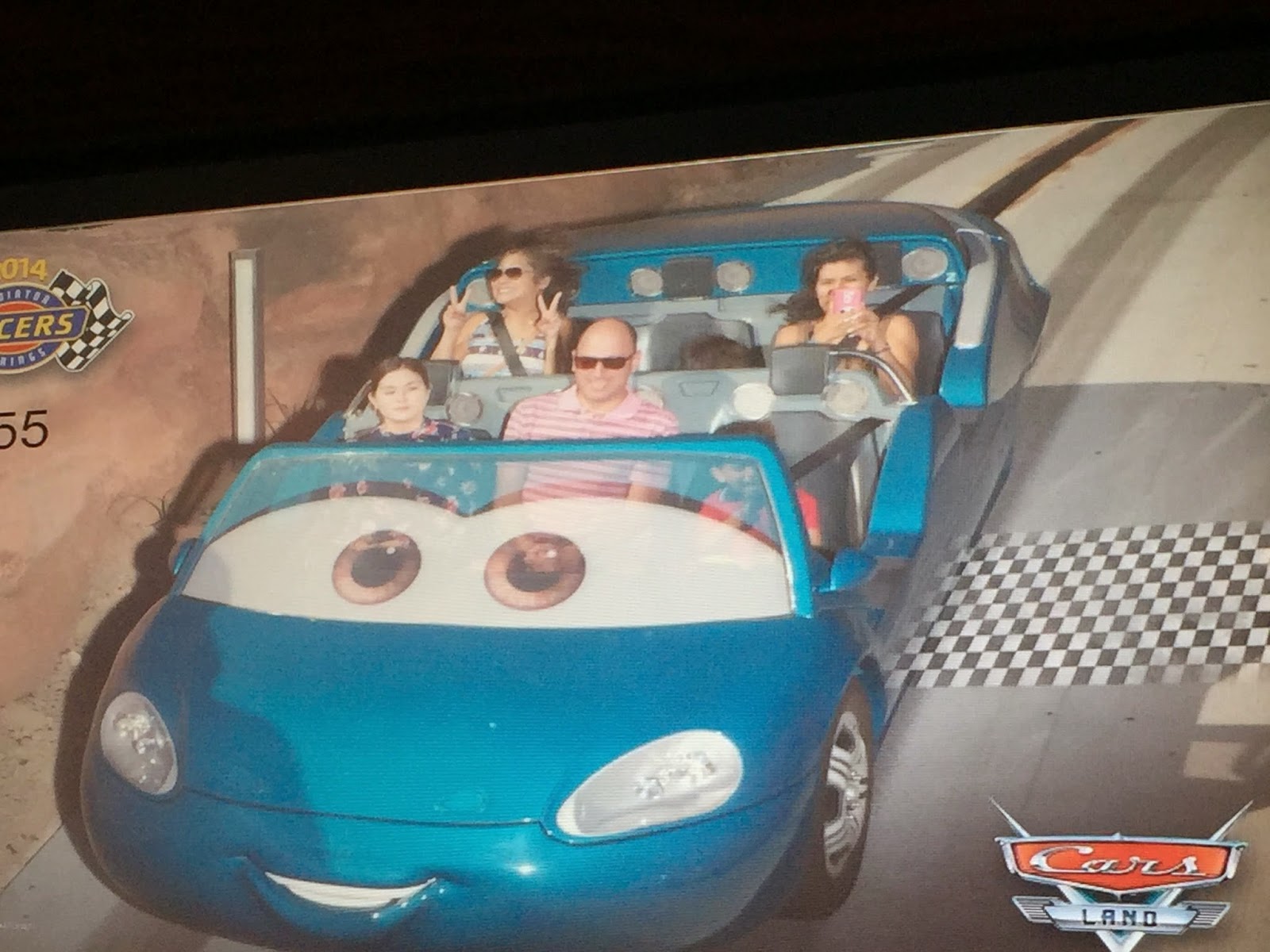 next up - the tower of terror.  we were seated and screaming our heads off in about ten minutes.  too bad we got completely blocked in the photo. 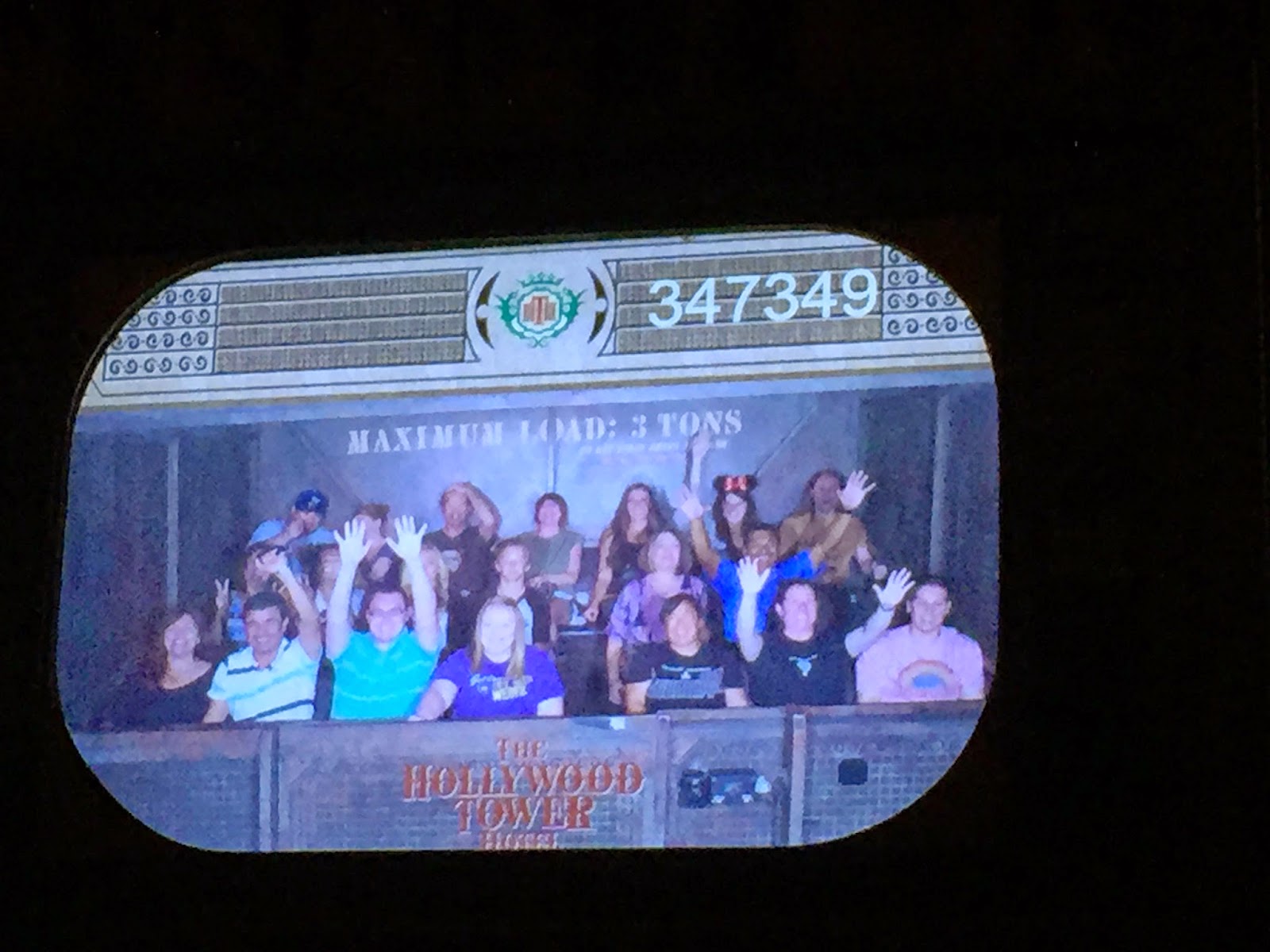 over at disneyland, we hit up another favorite - the matterhorn.  our luck held out as a newly refurbished car was pushed out onto the track and filled completely with single riders. 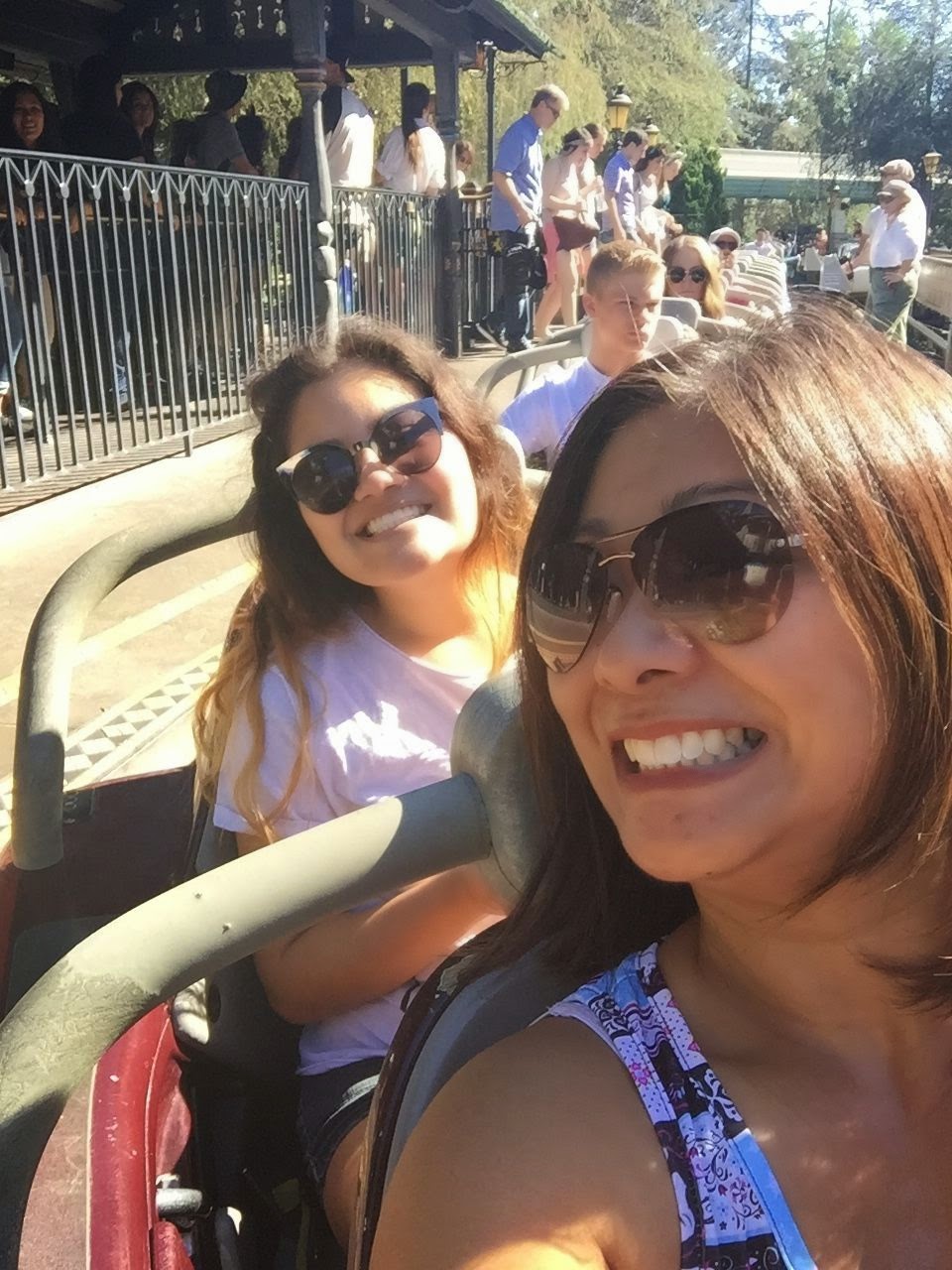 look, our heads are in olaf's butt! 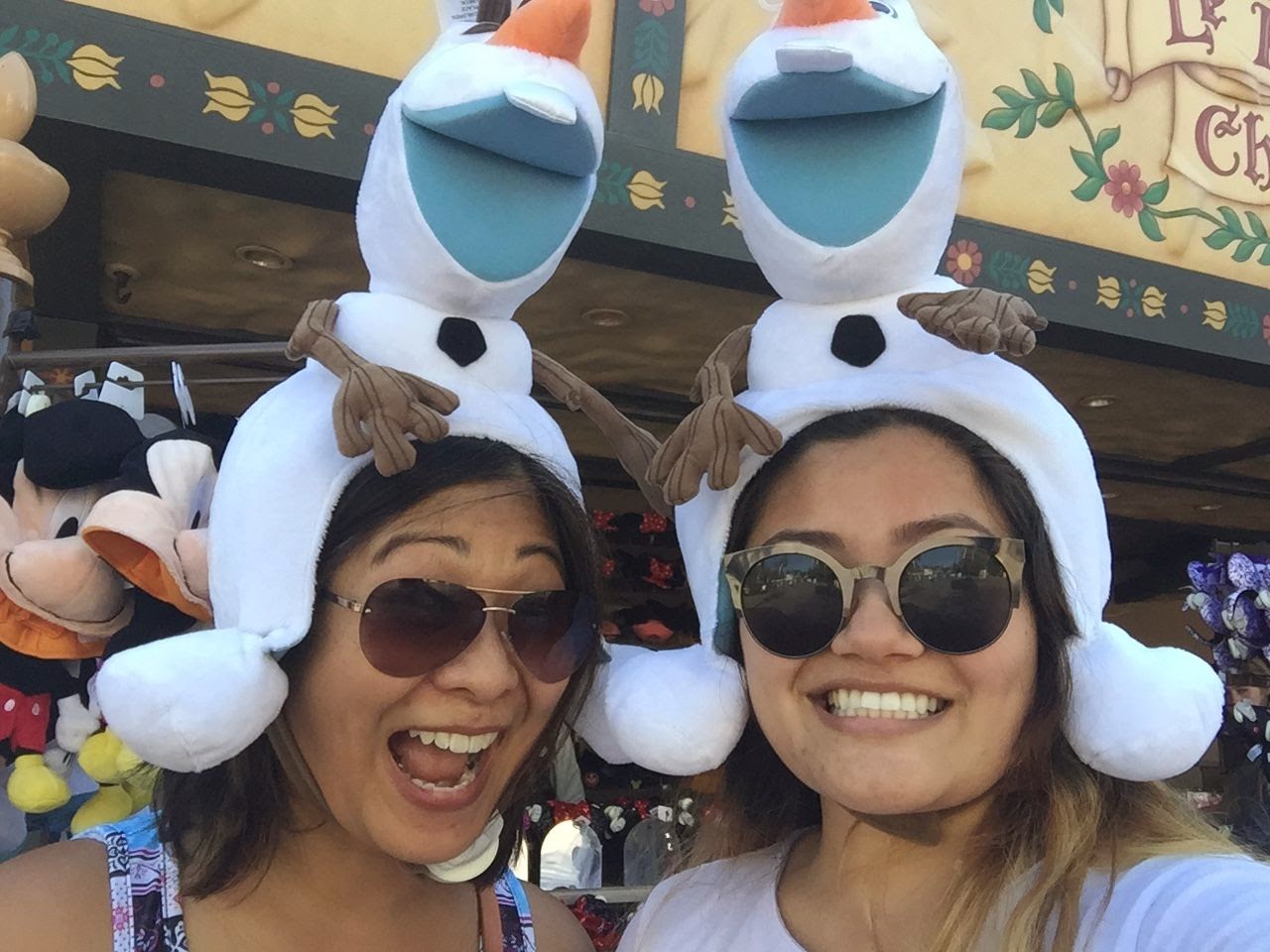 and my kid magically grew a tail. 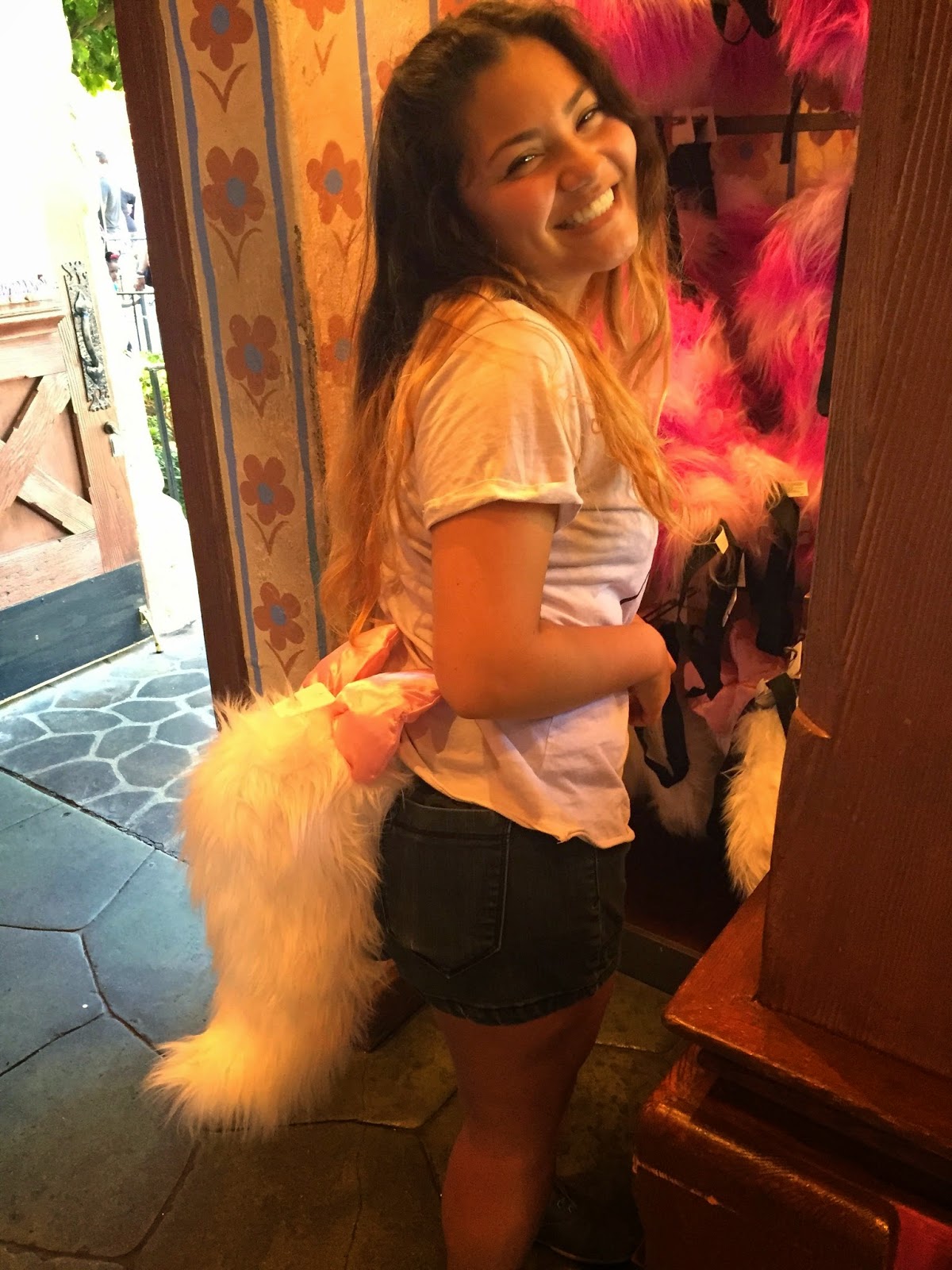 how cute is baby cruella?  so young, yet already so devilish. 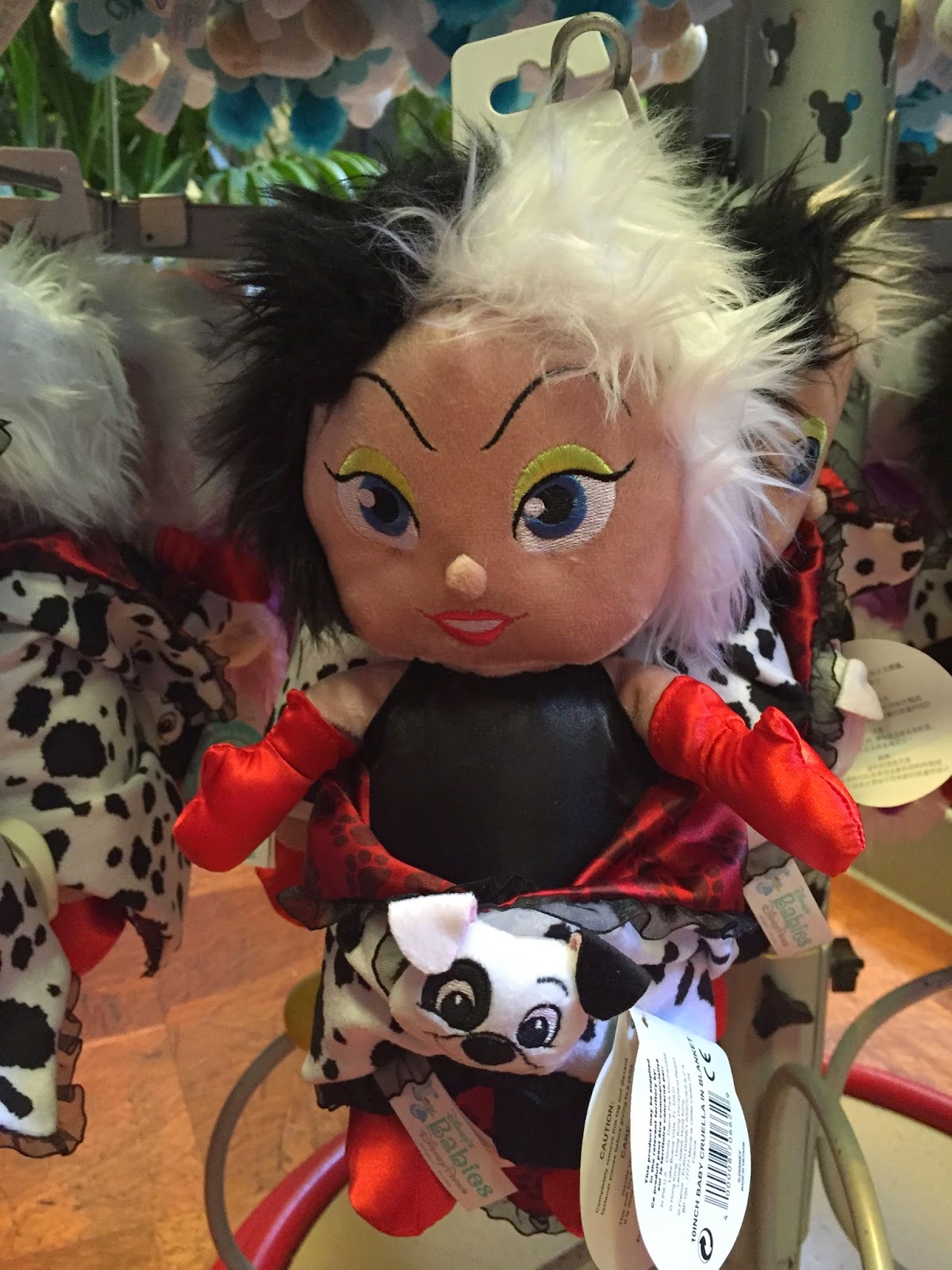 the wait for space mountain was longer than it would've taken for the fastpass time to come around.  we'd snagged one right when we walked into the park, and then managed to squeeze in a bit of fun before heading back for our ride. 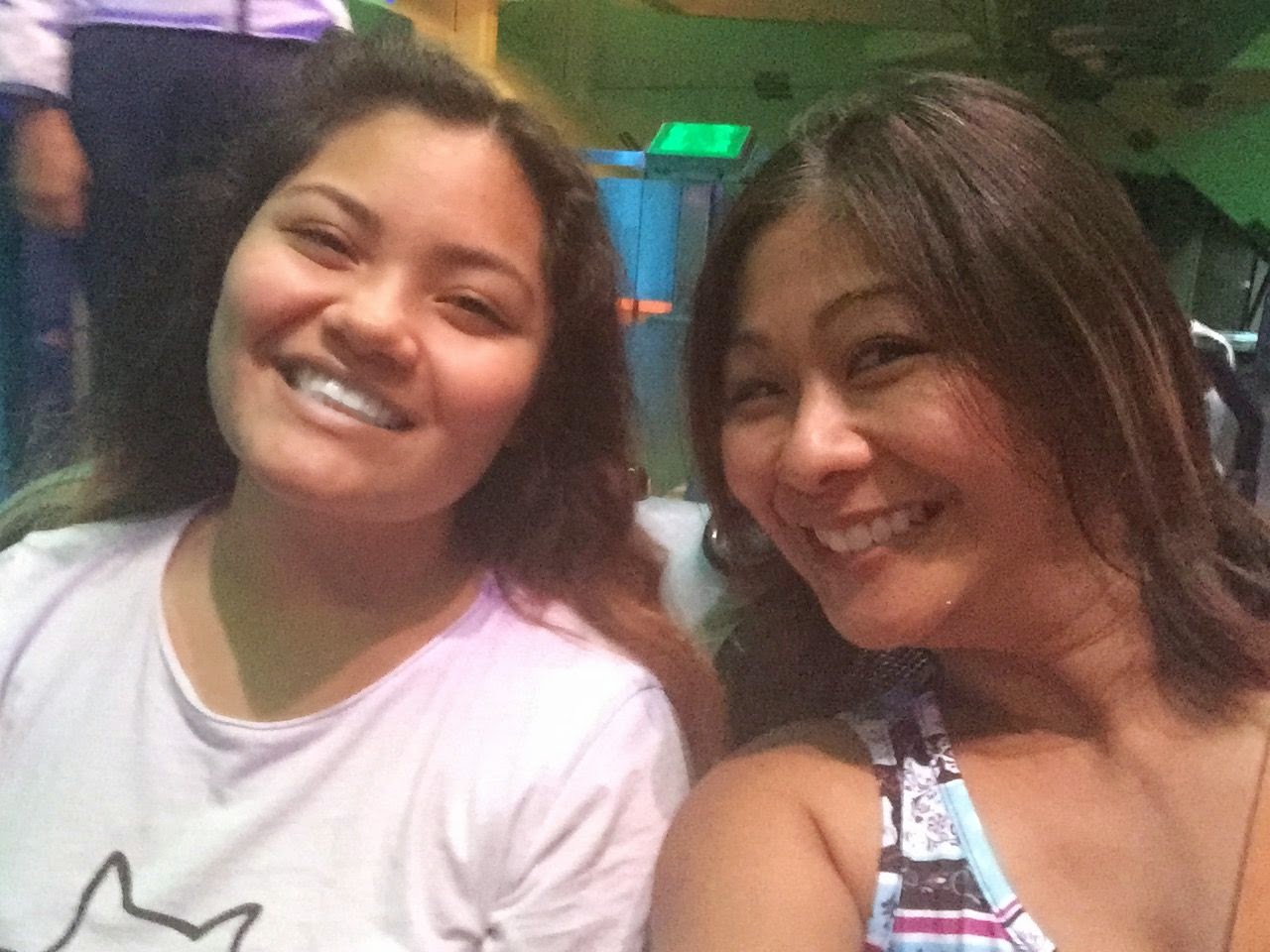 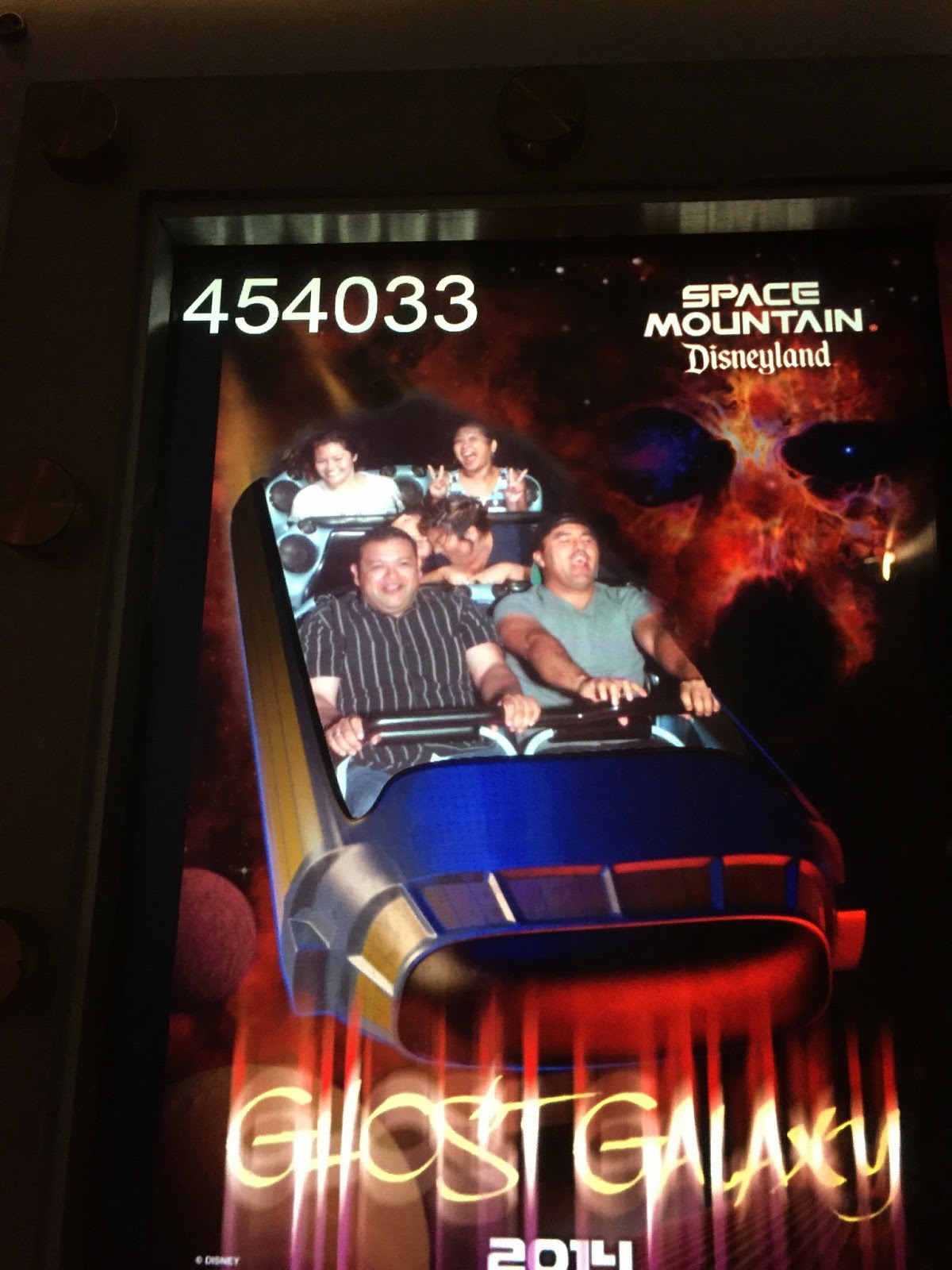 after watching our most favorite show ever - mickey and the magical map - we had time to squeeze in one last ride before heading home.  with no wait, star tours was the winner. 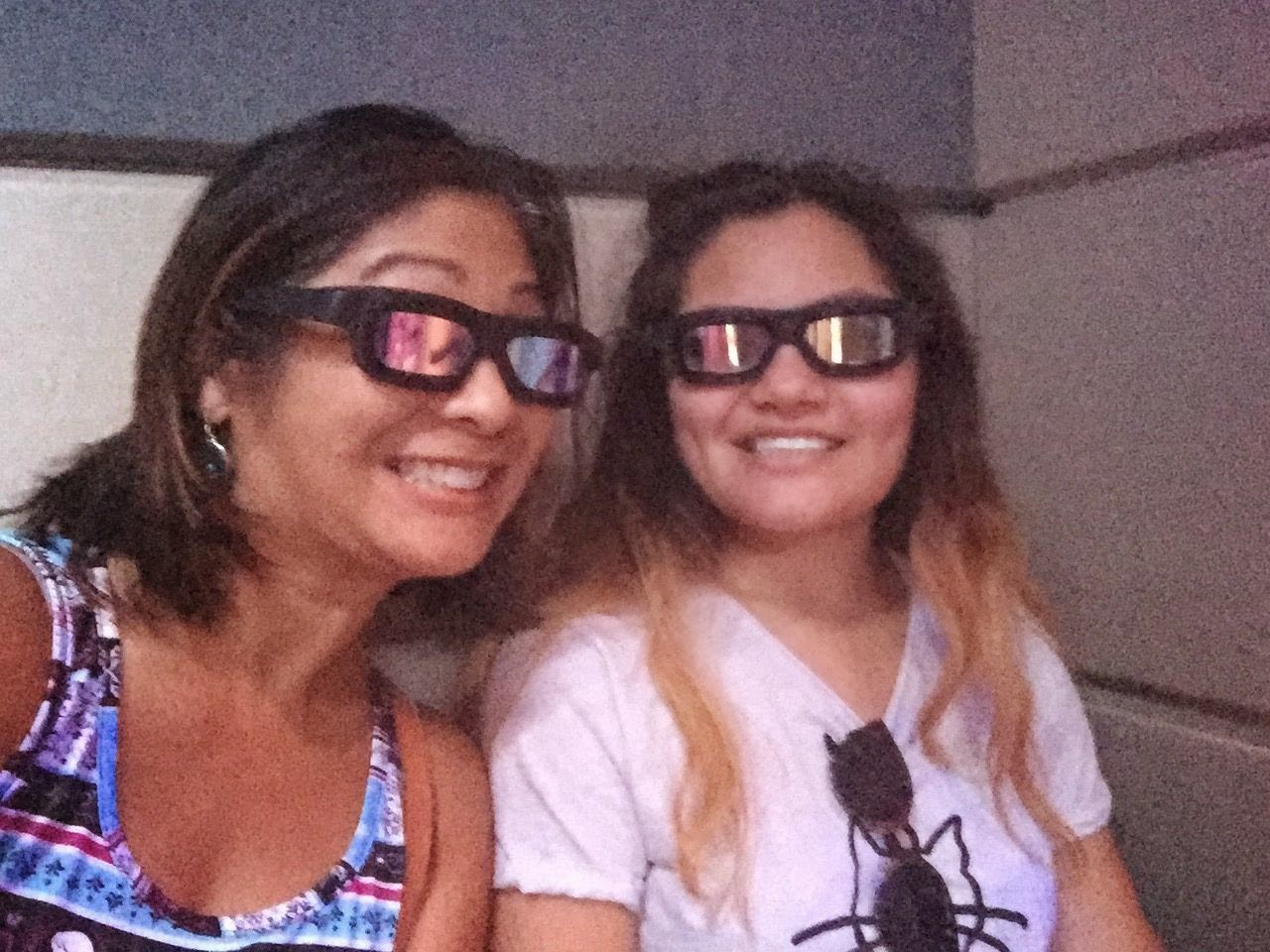 and one last photo op: 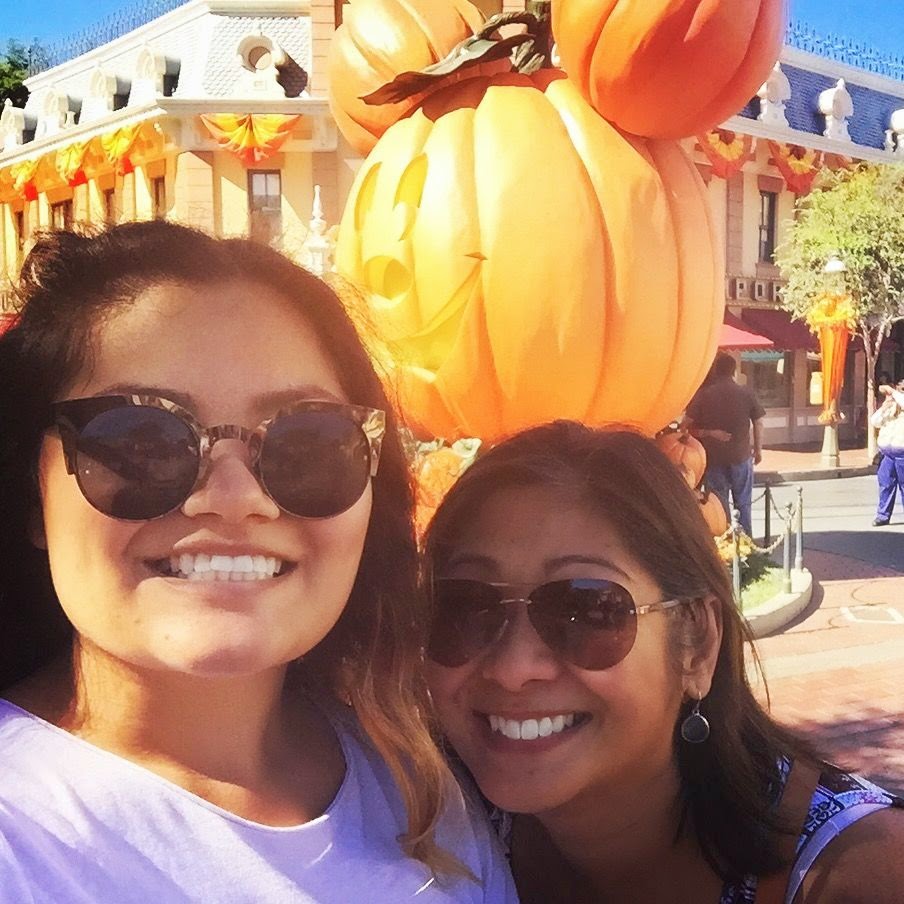 we got back just in time to watch the bean cheer at the last football game of the season. 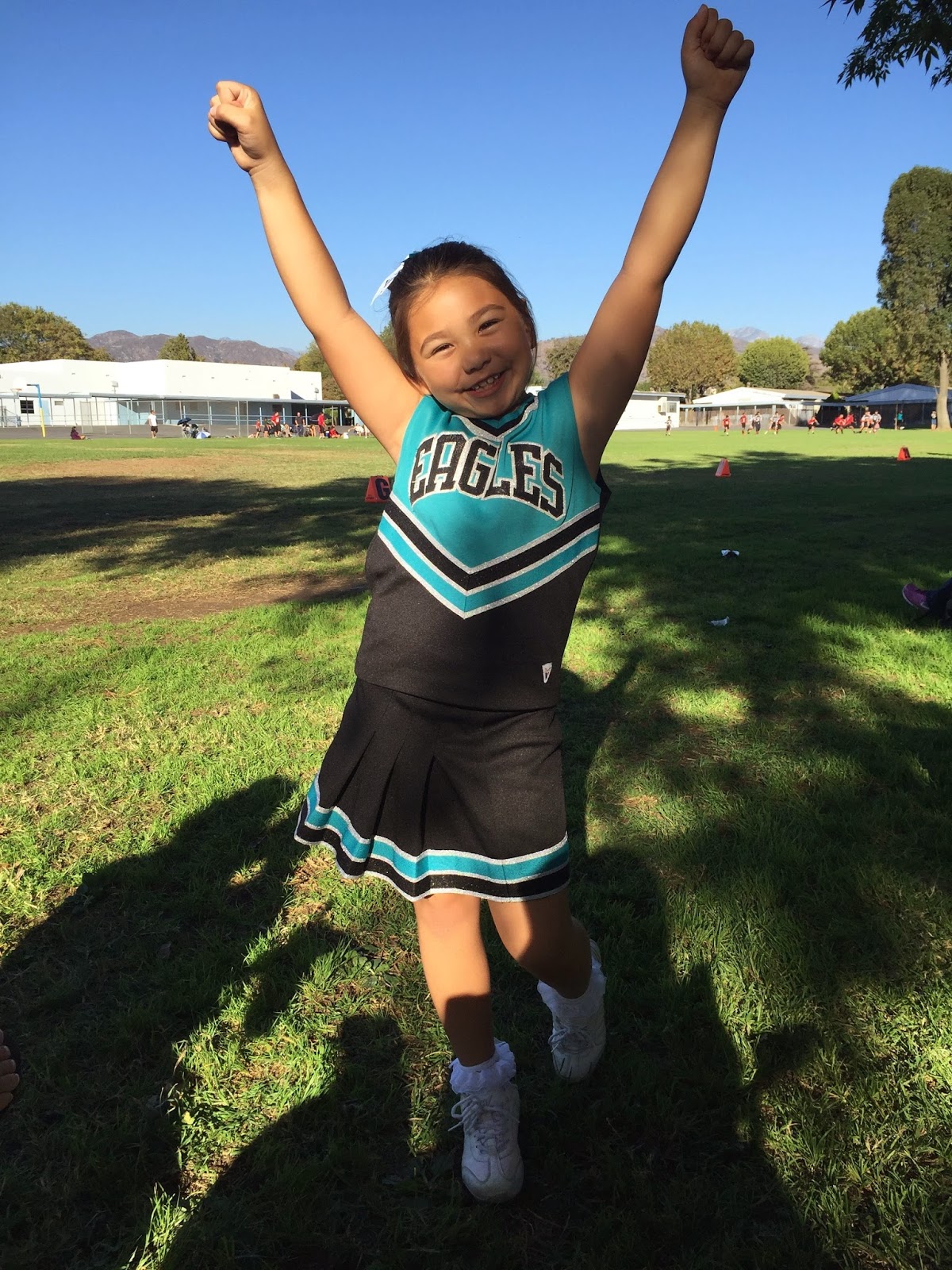 she was pretty excited to see her sister there (instead of at work, like usual). 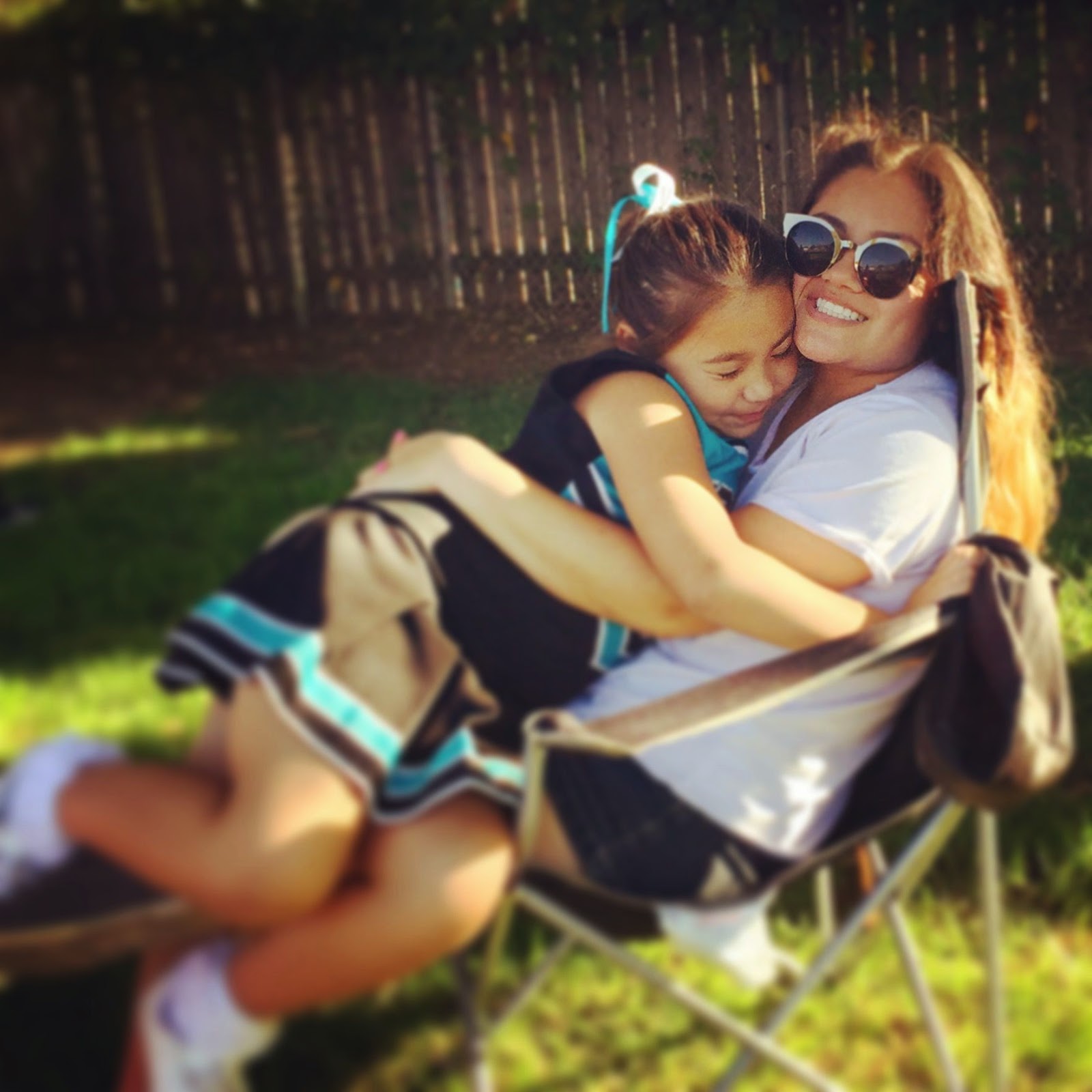 and as for me, when we got home, i squeezed in a few minutes of alone time with the camera and then the computer as i made my video and completed the application questions.  instead of agonizing over every single word and dragging out the process, i just blazed right through all of my answers.  after a couple of reviews for punctuation and spell check, i was done.  i uploaded my video (which was a few seconds under the time limit and featured the end-of-the-day version of me, complete with slightly disheveled hair, way less than perfect makeup and gray roots), read through my answers one more time, and hit "submit." 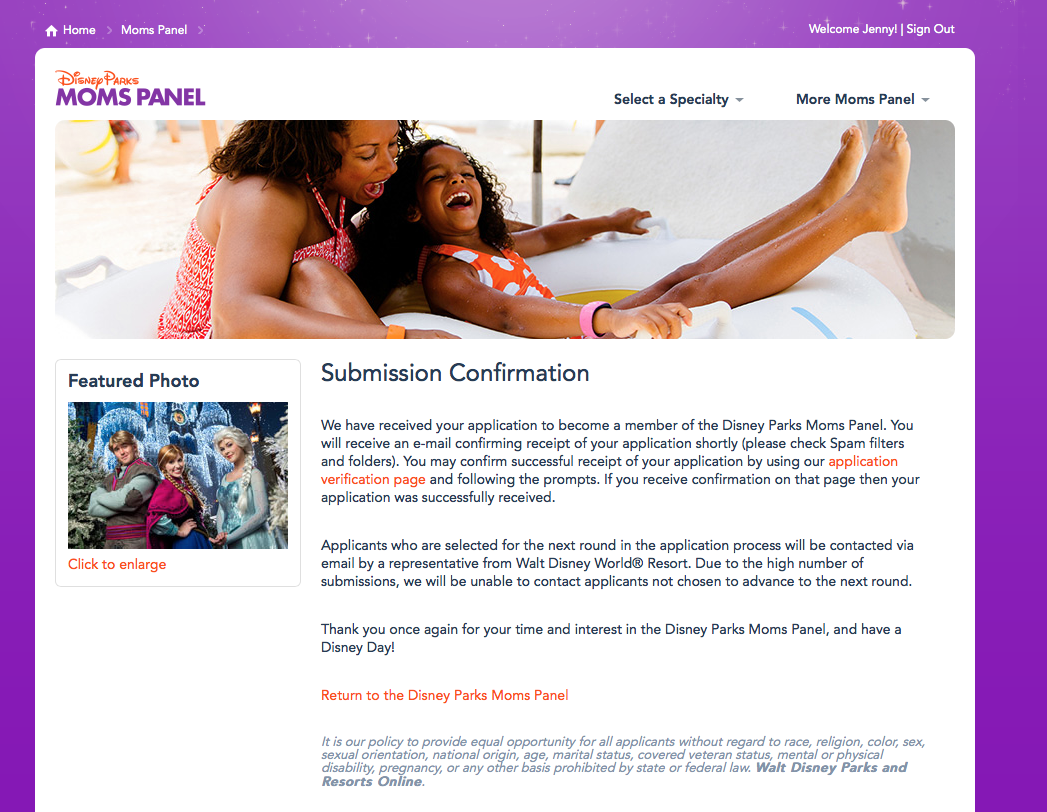