bib pick-up for my first go at the derby day 5K went really smoothly.  since it was at santa anita mall, the bean and i waited for the old lady to get home from work before heading out.  we had a girl scout meeting planned for that evening, so i had the bean put on her scout gear so we didn't have to go all the way back home after fighting traffic coming from arcadia.

because we got there right as bib pick-up began, it was a little crowded but not terribly so.  there was a station set up with laptops for pulling up bib numbers, and it was a quick and easy process. 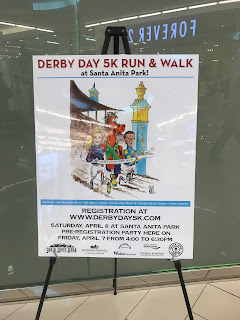 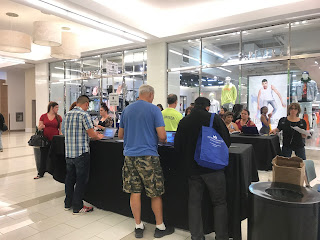 i'd printed and signed my waiver at home, so i just had to find the line for my bib number and grab it from a volunteer.  they'd put everything in an empty shop, which was a great idea since it was friday afternoon and the mall is always crawling with tons of folks on the weekends. 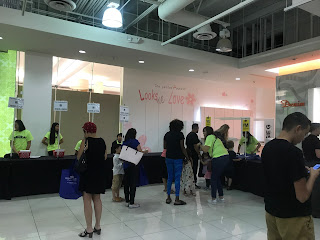 one more stop for my shirt and then i was outta there. 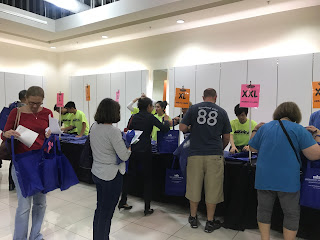 as i headed back out towards the mall i spied something fun...i'd seen on instagram that the first permanent hello kitty cafe was opening here, and it just so happened that the grand opening was that very day. 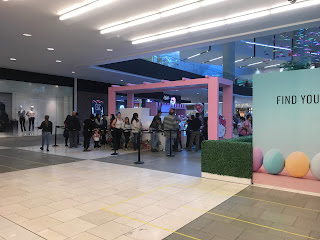 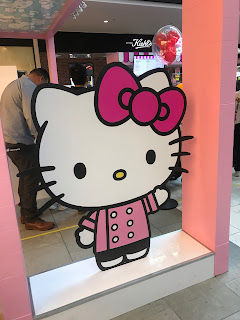 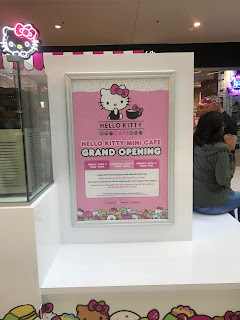 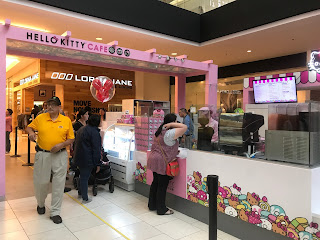 i took a quick peek at the menu and realized that it was all of the same stuff that they were serving at the pop-up shop in irvine.  you know, the one that the old lady and i visited a few weeks ago. 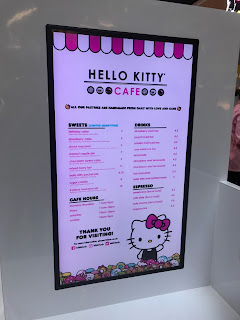 the line was actually not too bad, but i wasn't really willing to wait in it.  we had other things to do, and since it's scheduled to be a permanent fixture i knew we'd come back another time to peruse it at our leisure. 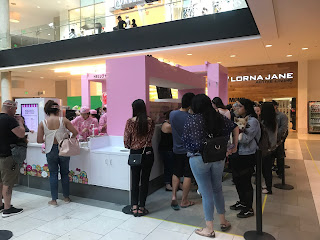 on the way home, we stopped at our favorite boba shop to grab something to drink and try a few pieces of brick toast.  i'm still not completely clear on what it is exactly, other than thick slices of asian-style white bread slathered with a variety of toppings.  ours looked a little overdone, but we enjoyed them anyway.  we split each one three ways and munched on them in the car.  made the traffic seem not so bad.

this one was the bean's pick:  chocolate hazelnut. 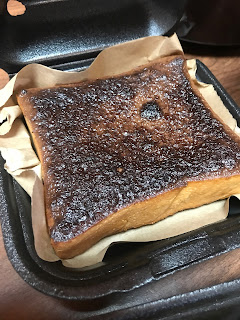 the old lady went with the caramel: 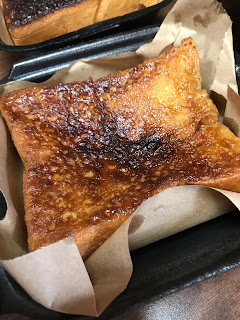 and mine was topped with sweetened condensed milk. 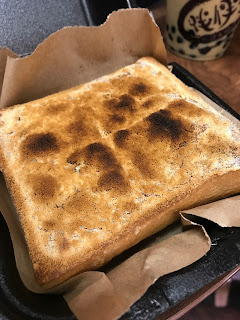 next time we hit up an asian bakery, i'm picking up a loaf of this bread so we can try making some ourselves at home.

the girl scout meeting went well - we stopped at a local church first to drop off groceries we'd bought at the last meeting using some of our cookie proceeds.  that's become an annual trip for us, taking the girls to the grocery store and handing them a list to shop from and then donating the goods to a local food bank.  and then we gathered at one of the girls' homes, where she and two other brownies worked together on activity stations with the troop to earn their computer expert badge.

we had dinner with my co-leader and her daughter, and then headed home to get some rest.  i got all of my running gear together: 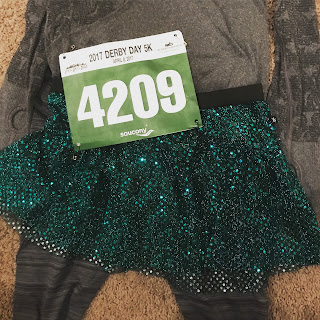 and then i collapsed into bed to try and catch a few winks before my early wake-up call.  seemed like forever since i'd done a race...you'd think i was prepping for a half marathon and not a 5K.  sheesh.
at April 11, 2017