the round of showers has begun

my cousin A's shower was held at chado tea room in pasadena, a venue i'm quite familiar with.  we've attended several other showers there and gone for an occasional tea sandwich fix.

when we arrived, i immediately noticed the cupcakes placed at each setting with pretty gold twine wrapped around the boxes and a cute little tag attached. 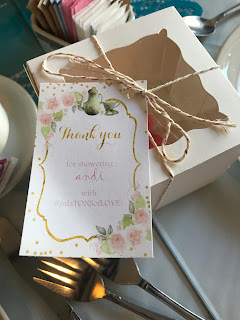 my cousin R served me up a mango bellini from the mini bar they'd set up on a table behind us. 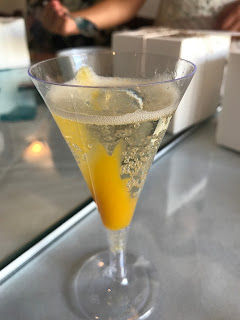 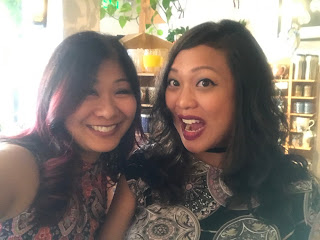 and after we were served tea, the tiers of sandwiches, scones and desserts arrived.  there was one tier for each pair of attendees. 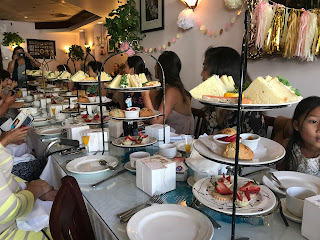 we played just a few fun games.  i managed to win the first, which gave us a minute to come up with as many movie and tv show titles with the words "bride," "wedding" or "love" in them.  my prize was a box of see's candy that the bean immediately pounced on.  we also played a trivia game about the bride and a purse scavenger hunt.  of course, i'd just cleaned out my purse before we left and ended up assed out of quite a few items.  although since i'd already won one game, i would have passed on a second prize.  i'd just have basked in the glory of the win.  heh. 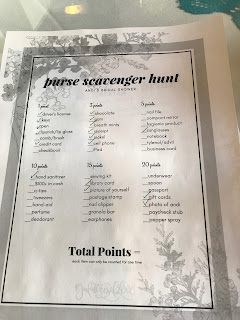 we watched the bride open her presents, during which the bean presented her with a picture she'd hastily drawn on the back of one of the game sheets. 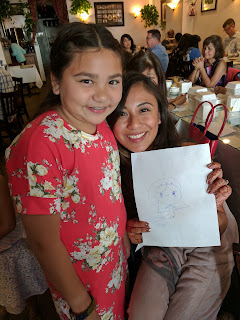 one of several group shots: 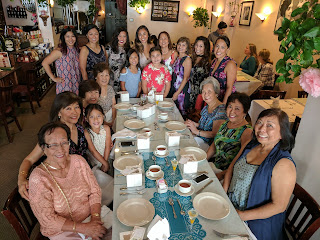 my cousin seven, one of the bridesmaids, had come down from san francisco for the weekend (they'd also done the bachelorette party the night before). 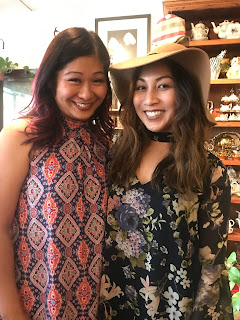 with my mom, as well as the bean's favorite family playmates - my cousin's daughters.  she and the older cousin are just a week apart. 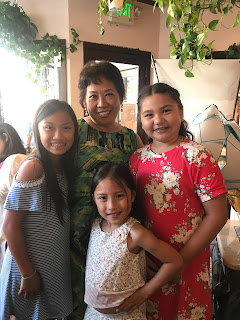 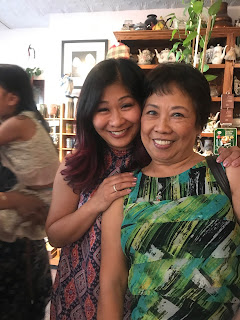 it was a lovely shower, and we're looking forward to the next one in june.  we'll get to take a day trip up to santa barbara for that one, which will be fantastic.

Email ThisBlogThis!Share to TwitterShare to FacebookShare to Pinterest
Labels: bridal shower, operation get seven on blog as much as possible