it's been a little quiet on the cookie front lately, but i did recently have the pleasure of providing a local all-girls high school with treats to put into baskets to be sent along with acceptance letters for next year: 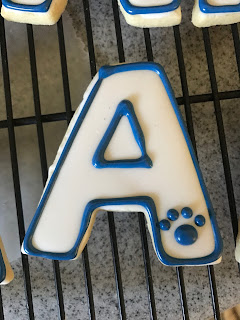 these were for a baby shower with a woodland creatures-type theme.  i may have ended up with that horrible "what does the fox say?" song stuck in my head for hours afterwards. 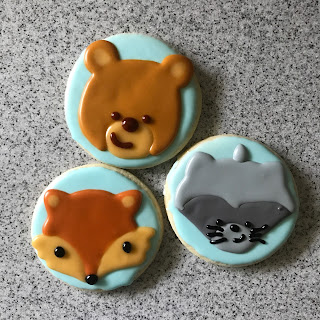 when i asked the bean if she knew what these were supposed to be, i got the confused puppy look and a hopeful "are those weights?"  poop.  hopefully the birthday kids realized that they were supposed to be upside-down skateboards. 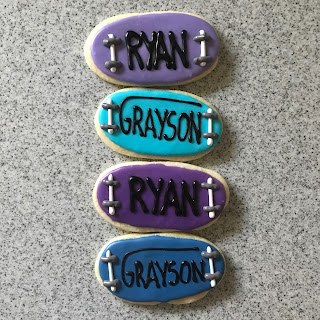 and i got to bust out some royal icing to make these, which i haven't done in a long time.  royal icing is so much more precise, and the designs always come out much nicer looking than my usual glaze frosting.  but given the choice between cookies that taste good and ones that just look good, i think i'd rather go with the former.  after all, this is a cookie...not something to be framed.  that shit's going in somebody's belly.  might as well opt for flavor over precision.  but when it's just a little bit of royal icing on top of the glaze, i suppose it's kind of like the best of both worlds. 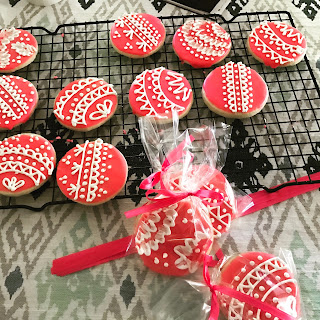 after one of our monday disneyland trips, the old lady and i made a trip down to crumbs doughnuts down in orange.  we'd been seeing their instagram posts with all of the pretty treats they offer, and we really needed to see if they were as good as they looked.  it took us a little bit of debating as we stood in front of the case, and here's what we ended up with - two galaxy donuts, one froot loop and one cookies & cream. 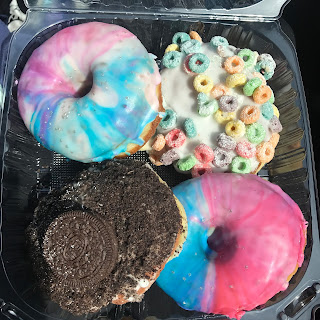 because we felt bad that she was toiling away at school while we were having fun, we waited and let her have first pick. 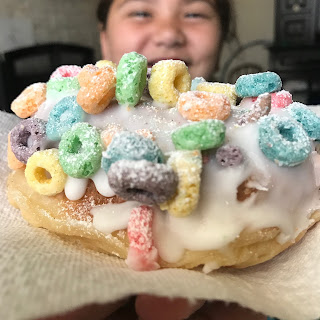 i went with this one, while the old lady opted for that oreo-topped donut. 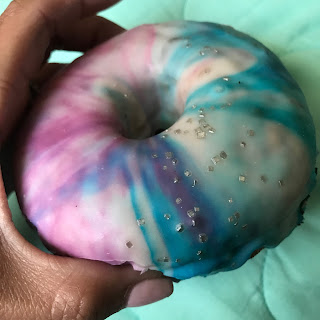 alas, these were nothing special.  they look pretty and the toppings are fun, but they're really just a plain old donut with colorful decorations.  the cereal gets soggy sitting on top of the frosting like that, and while i'm glad we got to try it i doubt we'll make the trip to have more.

speaking of our monday disney day trips, we decided to stop for this photo op.  when asked if she wanted to add a little magic to the photo, the old lady was all in and held her hand out as she was instructed.  i'd already seen this photo on facebook, so it was fun to see her reaction when the picture appeared in my photo pass account. 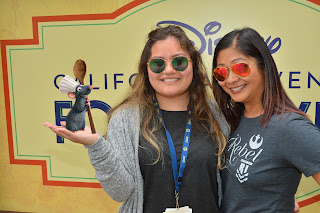 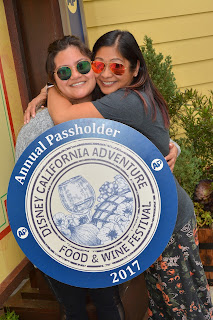 while i'm still trying not to fall into the daily starbucks habit that i've managed to break free from, i still like to have my coffee.  and when i found a recipe for a homemade caramel macchiato, i figured it was worth a shot.  after all, it's just vanilla coffee syrup and caramel sauce with some milk and espresso.  so i threw together a pot of simple syrup, added some vanilla to it and used one of my espresso k-cups (i know, not the same, but i don't have $$$$ for a real espresso machine) and made this. 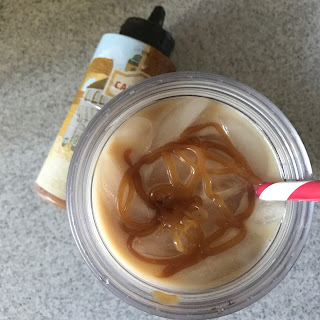 i will say that it's pretty good, and a decent sub for a real caramel macchiato when i really want one and don't want to drop $5 on a drink.  plus now i have a full mason jar of the vanilla syrup, so there's that.

i took the bean to try a new poke place that just opened last week near the house, and when she said she just wanted the rice and fish i told her i'd have them throw on the other toppings that i like and i'd put them into a separate bowl for myself when we got home.  i ended up getting distracted with other stuff like laundry and dishes while she enjoyed her bowl, and when i sat down to join her she handed me this: 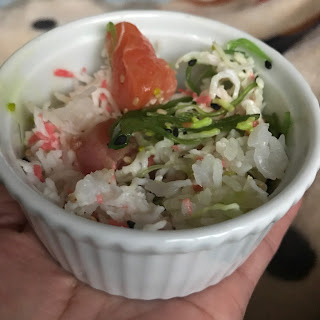 so cute.  she'd made me a mini bowl in a ramekin with all of the stuff i'd added to her entree.  and she was super proud herself too, which made it even better.  not to mention, it was pretty darn tasty.  heh.

along with the rest of her class, she's been doing mandatory testing all week.  they always ask you to make sure the kids get plenty of rest and have a good breakfast before test days.  she doesn't usually want to eat anything in the mornings, but she's a total rule follower.  so when she asked me to make her some pancakes, i got up and did just that.  i cracked up when i saw what she'd done with the leftovers on her plate: 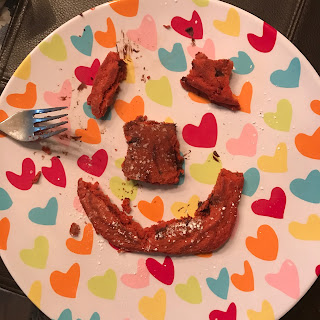 oh!  one more thing - the old lady had seen ads for this and said she wanted to try it, so when i found it at CVS one morning i picked it up and dropped it off for her at work.  she was nice enough to save me some, even though she texted me immediately after her first bite to give it an enthusiastic stamp of approval. 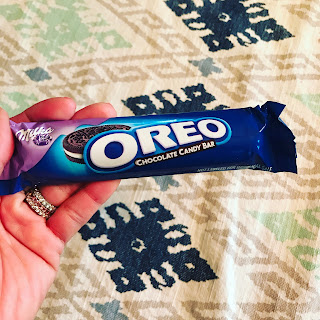 looks like i'd better go find more of these things.  they really are very tasty.