we're a little more than halfway through spring break 2017 and while we've kind of winged it so far, every day has brought lots of fun.

this was at her easter party at school, where we worked on a fun craft and then put out a fun assortment of snacks like chex cereal, white chocolate chips, yogurt raisins, robin's eggs and pastel m&ms for the kids to put their own bags of "bunny trial mix" together. 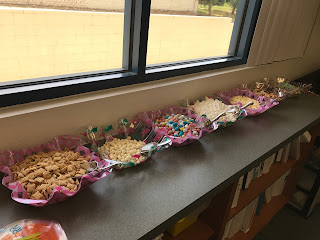 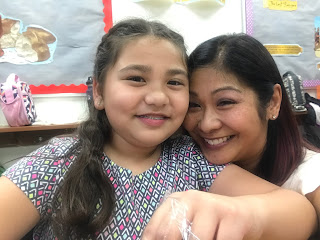 friday, of course, we went to the 'land. 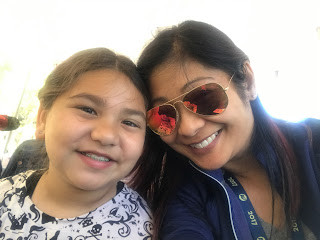 on saturday she got to attend a 3-hour tumbling workshop with one of her favorite coaches, who she hadn't seen in about a year.  she grumbled about it a bit, but she was with one of her BFFs and i could tell she had a good time despite the super strenuous workout she'd had. 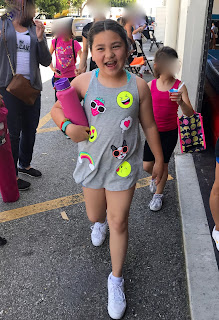 we spent easter sunday at the ronald reagan presidential library.  i'll work on an extensive recap of that later on, because it was a really fun day. 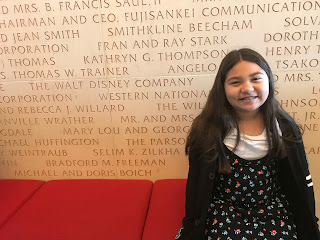 for the old lady's day off, we planned an all-day extravaganza at disneyland.  we slept in, made our way down there somewhere around noon, and stayed for the main street electrical parade.  actually, i'll probably blog more about that day too because we did some fun stuff we don't usually get around to.  not to mention, we got to meet up with my buddy dailygluttony and her mini. 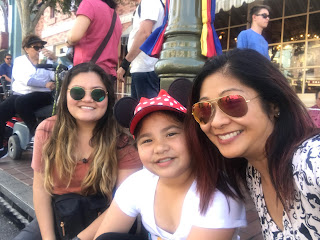 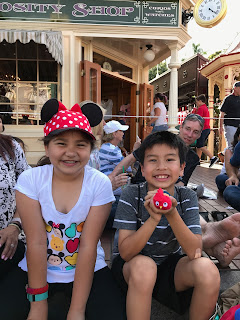 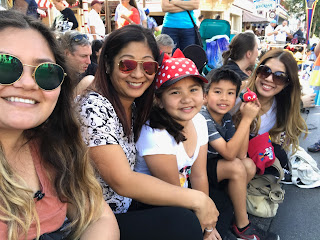 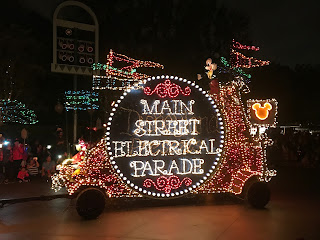 the next day, the hub decided that we should hop in the car and head down to the beach for a nice drive and some lunch.  we ended up in san clemente at a sushi spot overlooking the water with a bunch of great yelp reviews. 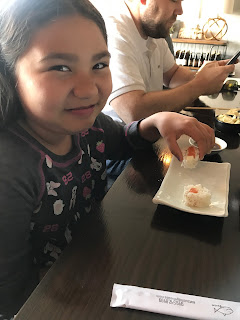 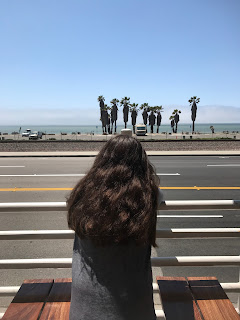 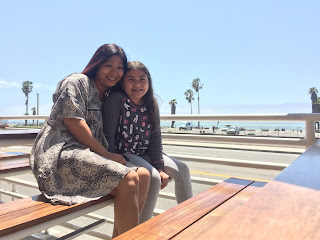 on the way home, we stopped at irvine spectrum to walk off our lunch and stopped at the hello kitty cafe.  she hadn't actually been yet because the one time we tried to go was shortly after it opened and the line was about a mile long. 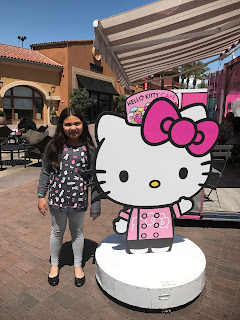 funny thing though, we hit up santa anita mall with the old lady later that evening and ended up stopping at the new (permanent!) hello kitty cafe there too. 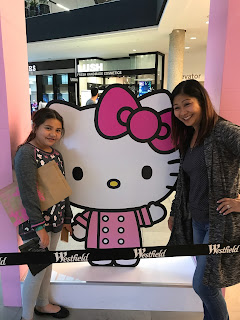 the girls had never been to din tai fung before, so that's where we had dinner.  the bean immediately got hooked on the xiao long bao and got in lots of practice with her chopsticks. 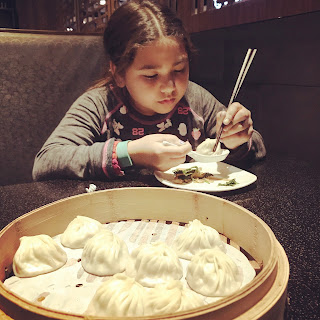 and then we kicked off yesterday with some fun unicorn waffles, in preparation for the new unicorn frappuccino at starbucks.  heh. 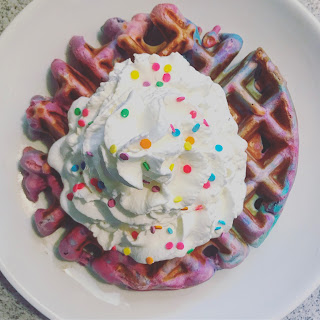 the rest of the day was spent with some of her best friends from school.  first we had tea at her favorite local tea parlor, and then we stopped at the park for a bit and then headed to rockin' jump for some trampoline fun. 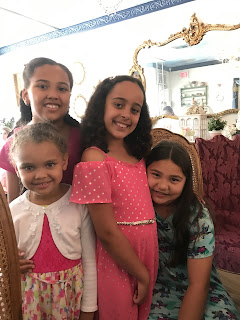 they somehow got a bonus half hour at rockin' jump, and were sweaty and exhausted when we finally rolled outta there.  after dinner with her friends at IHOP, which seems to have become a regular spot for us, i finally got my hands on that unicorn frap. 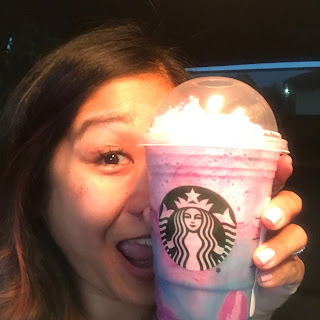 it had a vanilla creme base with mango syrup and some sort of blue sour powder sprinkled throughout, and when you mixed it all together it ended up tasting a lot like a sweet tart.  not bad, but not necessarily something i'd get again.  it sure was pretty though.