drinks on the bean

it's been awhile since we got to do something fun for a crazy hair day at school. the bean and i debated all sorts of different ideas, like a donut or cupcakes. and in the end we ended up totally winging it.

i was looking for fun paper plates to use for the donut idea (which would have been super easy anyway), but all i could find was a black plate. boring. but as i dug further in the box, i came across some colorful straws, several colors of plastic cups and a box of drink umbrellas. it took a little convincing, but the bean got on board once i told her she would probably be one of a kind at school. heh.

the hardest part about doing her hair is trying to pull that thick, heavy mane up into a high ponytail. from there i cut a hole in the bottom of the cup and used a random hair tool to pull the ponytail up into the cup. a little twist and a bit of shoving, plus a straw and a few umbrellas and we were done: 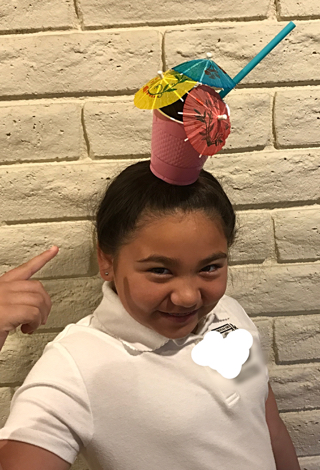 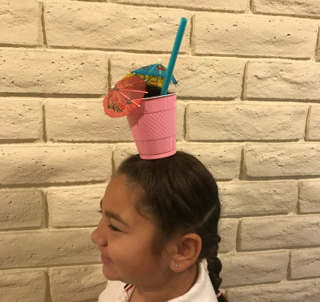 i took the remaining hair in the back, made two little braids and twisted them together. 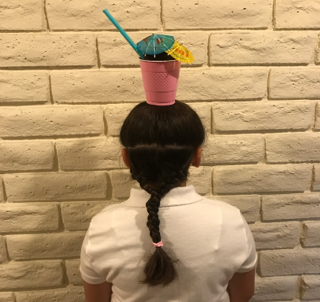 the piece de resistance came when we showed her sister what we'd done. she busted out some hair glitter and finished it off. 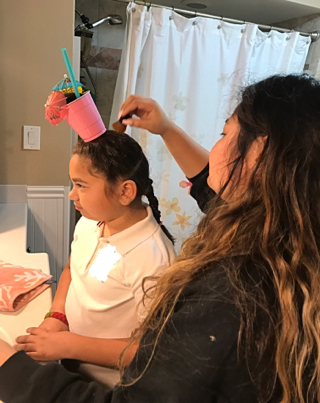 all this made us a few minutes late for school, so i had just enough time to drop her off in car line. i couldn't tell if there were other hairstyles out there, but i'm sure she'll be full of stories when i pick her up.