the old lady's birthday started off with a fabulous breakfast cooked (mostly) by her sister, who woke up bright and early and super excited to celebrate.  we decided on a recipe for reese's pancakes, since that's the old lady's most favorite candy ever. 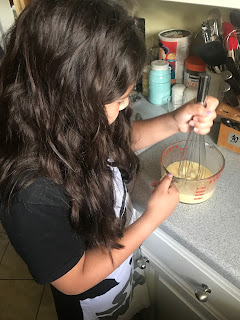 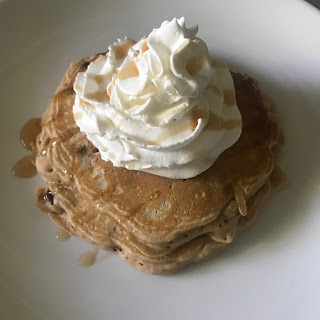 while the old lady isn't exactly a morning person, she's still my kid - which means birthdays are magical and special and meant to be happy all day long.  and so she got up a solid half hour earlier without complaint, and was a lot more excited than she looks in this picture, i promise. 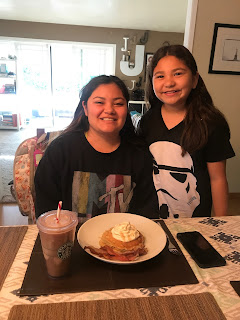 being a thursday, she still had to go to work...but just for half of her usual day.  i'm sure you can guess what we had planned for the second half if you look closely at the peplum on this top i made for her to wear: 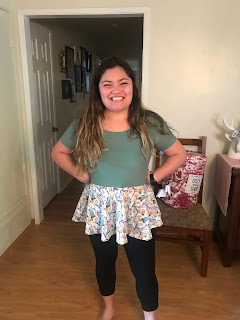 when we arrived at the disneyland resort, we thought maybe we'd try something new that we'd never done before - lunch and drinks at the tiki-themed bar, trader sam's. 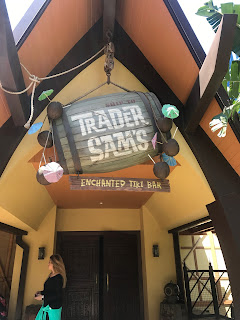 too bad it was super crowded, without a single open seat and an hour wait due to the kitchen being super backed up.  we didn't have that much time to play with, and she wanted to go inside the parks to get a birthday button (on her actual birthday, something she hadn't done before).  and so we headed out into downtown disney and climbed up the stairs to hop onto the monorail, which would take us right into disneyland. 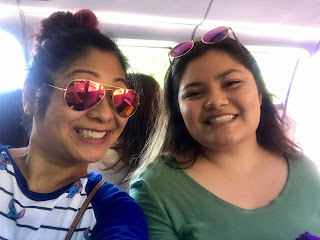 because neither of us had eaten, we decided to hit up the red rose taverne in fantasyland to enjoy poutine and some of that grey stuff. 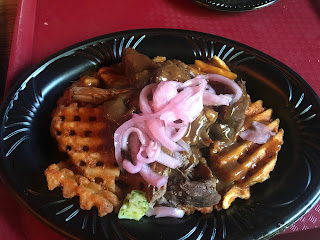 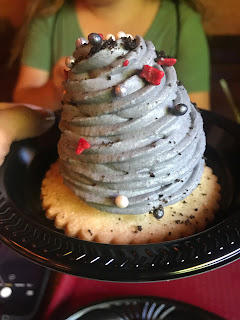 by the time we were done with lunch, we had just enough time to snag a castle pic: 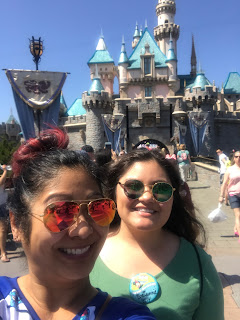 and as we started walking down main street towards the exit we found ourselves being serenaded by the disneyland band, with a few members calling out a cheerful "happy birthday!" to the old lady as they spotted her button. 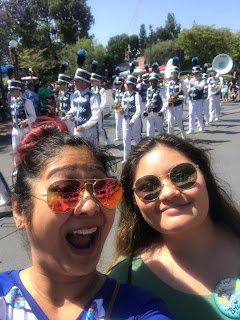 back at home, we gathered around the table to watch her open presents. 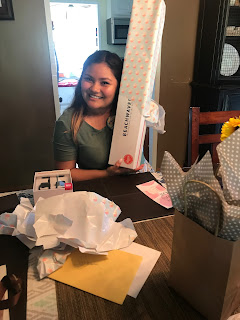 i'd apparently received a delivery from the hub's office, a sweet annual tradition that was he and the old lady both enjoyed.  heh. 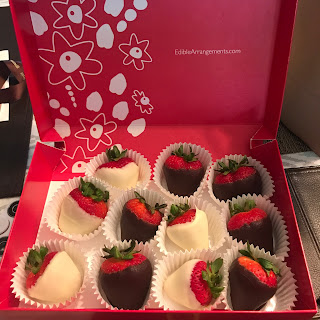 after that we hopped into the car to make our annual pilgrimage to the old lady's favorite pasta restaurant: 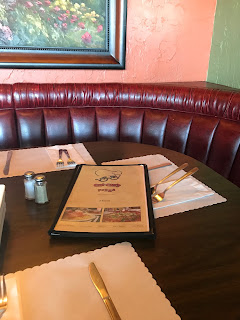 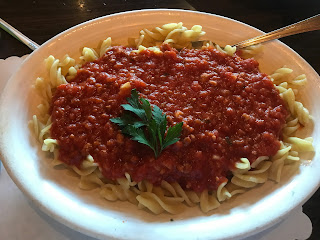 and capped it off with the also now-traditional hawaiian shave ice. 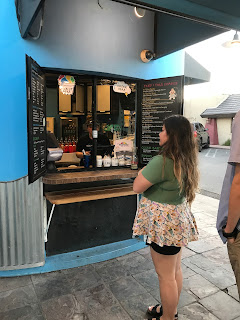 what a day!  i still can't believe my baby is 22.  but it's fun to see that she still loves all of the silly little traditions we've been doing for quite a while now.  hopefully that never changes.
at May 15, 2017