knowing you have something going on that needs to be taken care of, but you're too lazy/scared/stupid to just suck it up and go.

i started noticing about a month ago that one of my teeth was super sensitive to cold water.  like, even water from the tap while brushing my teeth would make it hurt a little.  i kind of just chalked it up to my weird teeth, started using the toothpaste for sensitive teeth and went on my merry way.

and then a couple of weeks later the pain started.  at first, it would just kind tingle and throb a little for awhile and go away.  it would mostly come at night, and i went "huh, that's weird" and rode through the waves of pain and kept on keeping on.

the week of brother wan's wedding, those waves started lasting longer and longer until by the time we were driving home from vegas the pain wasn't subsiding at all anymore.  uh-oh.  i finally told myself i needed to get my ass to the dentist, stat.  but i hadn't been to one in an embarrassingly long time and the one i used to go to wasn't even there anymore.  so i went through the directory of local dentists that accepted our insurance, picked one that had some great reviews and made myself an appointment.

the receptionist was sympathetic and got me through the check-in process as quickly as she could, and then i went in for an x-ray. 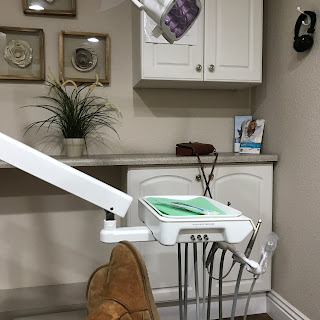 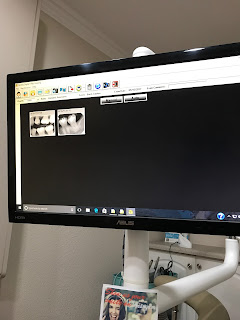 the dentist was super nice and explained everything she was seeing and doing, and of course it turns out that i had some sort of infection that had managed to worm its way through the beginning of a small cavity in one tooth.  so she numbed me up, drilled out the old filling to put some medication in there that would help the infection and stop the pain and put a temporary filling in there. 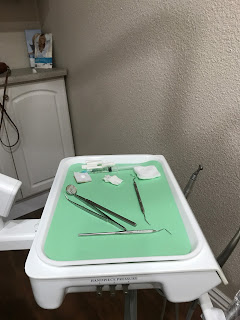 Email ThisBlogThis!Share to TwitterShare to FacebookShare to Pinterest
Labels: dentists aren't so scary after all, hurt like a mother