got me feeling some kinda way

after a little time to relax in our fabulous best western plus room (no sarcasm there!  we love bp+ hotels), it was time to get up and get ourselves cleaned up and ready for the wedding.  the hub, being a guy, was ready in pretty much no time.  and since he was tasked with heading out to the strip to pick up the groom, he was out the door while we were still getting the bean ready.  since she was one of the flower girls, we wanted to make sure she was all done up and had packed an arsenal of curling devices to tackle her long, thick mane. 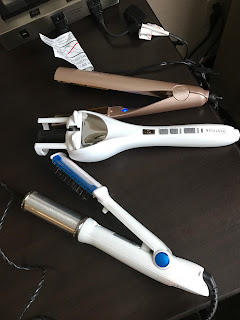 the old lady was a huge help and used her fabulous new beachwaver iron that she'd just received for her birthday.  and when she was done and back in her own room to get dressed, the bean and i had a few minutes to stop and take this: 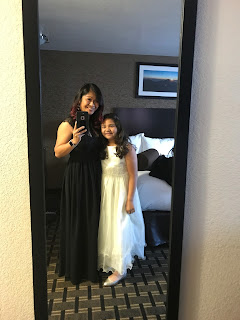 the wedding venue was only about ten minutes away from us and we pulled up right at our assigned time of arrival.  there were a few guests already there, and we just kind of hung out and chatted amongst ourselves.  check out the groom's cake - so cute, right? 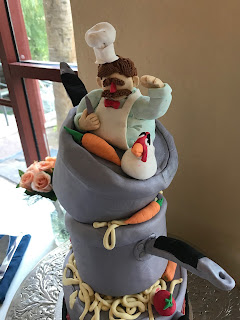 we took a few pictures: 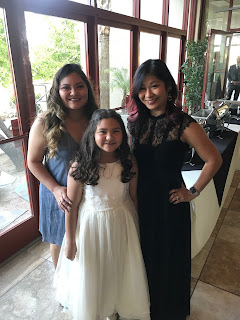 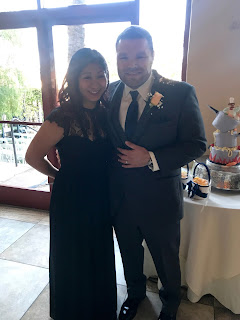 and then we took our seats and waited for the wedding to start. 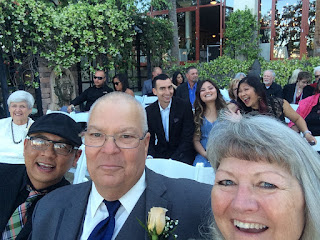 the bridesmaids and groomsmen made their way down the aisle, and then the hub appeared with the matron of honor.  i'm not gonna lie, i was feeling some kinda way watching my husband walk down the aisle with some skinny blonde chick i didn't know.  is that wrong to say?  oh well. 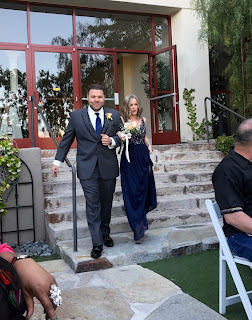 my baby.  she looked so pretty, and she was so excited to be a part of the wedding.  the kids were tasked with tossing the petals onto the ground and then taking a seat to watch the rest of the ceremony. 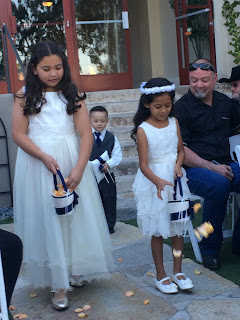 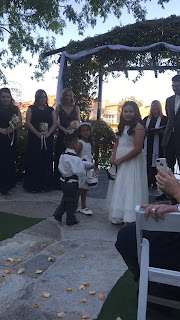 the groom was appropriately overcome with emotion as he watched his bride glide down the aisle on her father's arm, and the ceremony began. 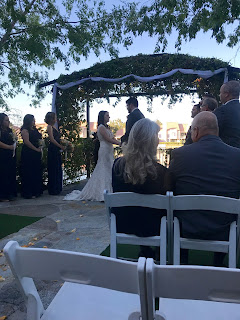 it was over almost as soon as it had started, and then they were married! 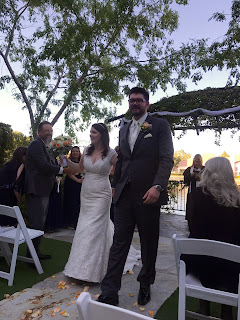 the hub and the bean hung around the area for pictures, and then the rest of us snuck down to snag a family photo.  i kind of wish we'd gotten a professional photo too, but that's okay.  this is my new favorite picture of all of us: 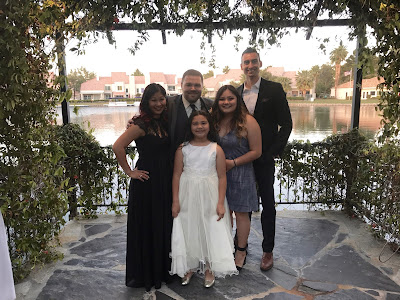 as the reception began, the bean got to make her grand entrance along with the rest of the wedding party: 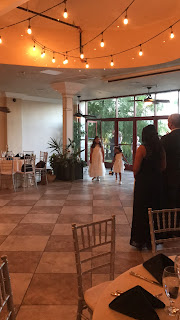 after dinner was served, the hub got up to make his best man speech.  he did a great job and brought the audience to tears and made them laugh all in the span of about 5 minutes. 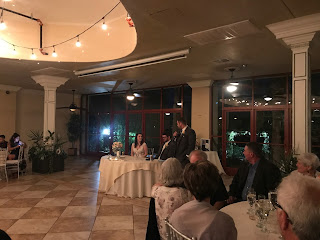 when the dancing began, the bean got her boogie on with both the groom and her daddy. 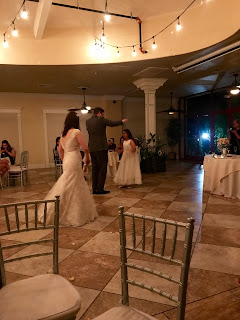 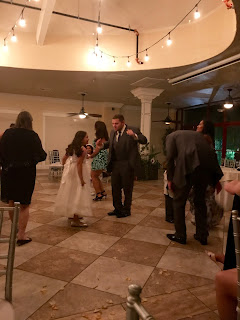 the old lady and i were super amused when we went out for a potty break. 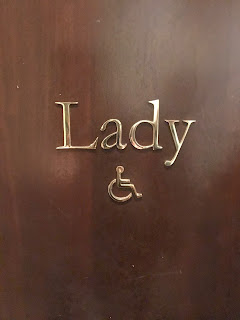 i managed to get a selfie with the groom: 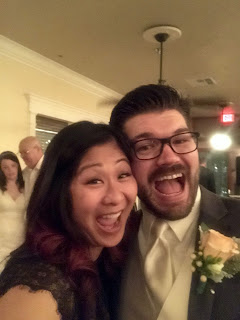 and then the bean pooped out on her sister's shoulder.  it had been a long day, after all. 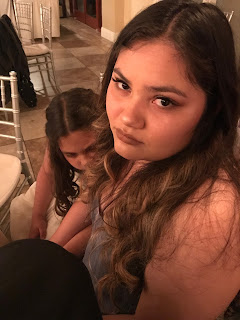