so on saturday, we got ourselves up and out of the house at a pretty decent time...around 9:00.  road trip time! 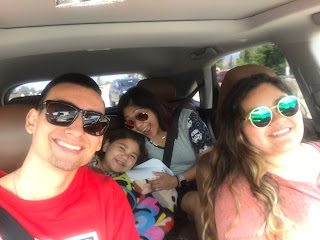 along the way, the bean worked on her very last spelling homework assignment for the year. 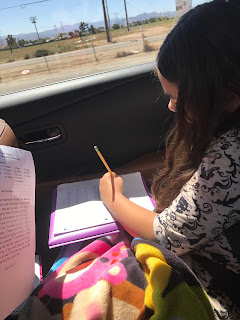 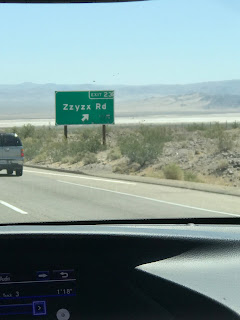 we'd timed it pretty well, because there wasn't too much traffic out on the road that morning.  and about ten minutes before the strip we made a quick pitstop at the seven magic mountains, because why not: 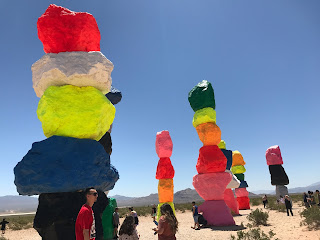 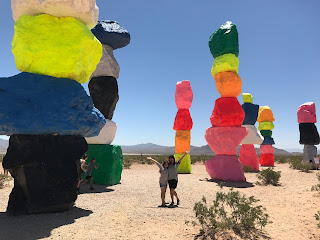 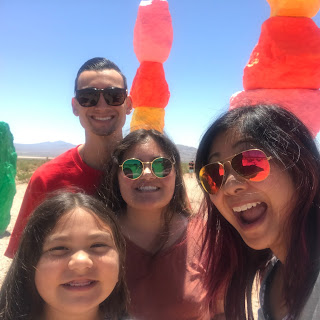 the bean finally got her very first look at the famous las vegas strip. 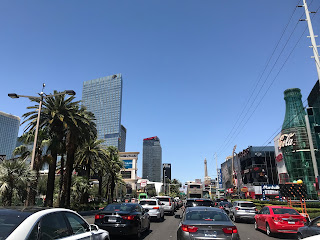 i still firmly believe that the strip isn't a place for kids.  there's too much inappropriate crap going on, gross cigarette smoke that you can't avoid, casinos she can't be in anyway.  but there was at least one spot that we thought we'd take her to, especially after sitting in the car for three long hours: 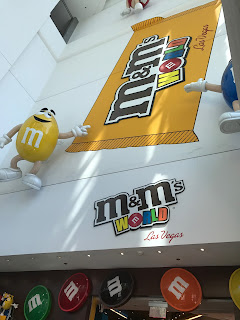 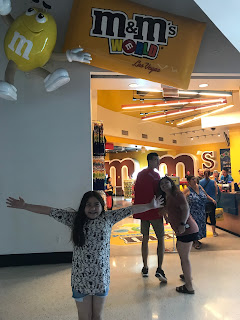 m&m's world isn't a new thing to her - we went to the one in london a few years back.  but it was still fun to watch her run around, checking things out. 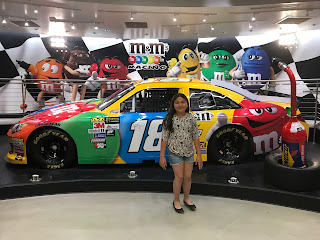 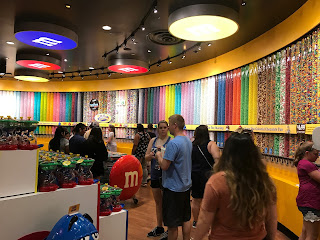 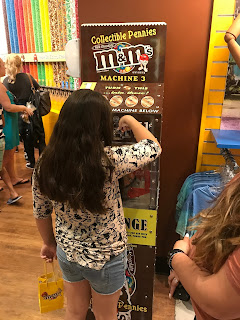 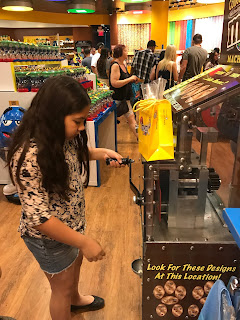 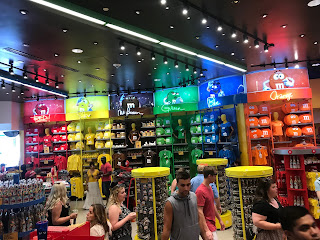 right next door is the coca cola store.  sadly, the giant coke bottle elevator doesn't run anymore, but we went inside to look around anyway.  the bean doesn't like soda (yay!), but she was perfectly content to follow us inside to see what there was to see. 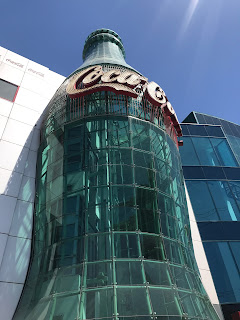 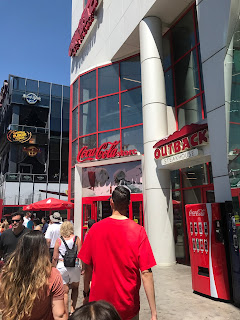 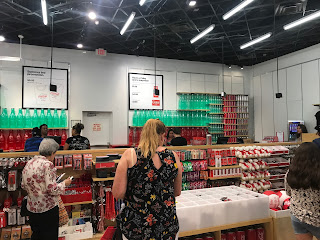 at the soda counter, we spied something interesting - an assortment of drinks from around the world. 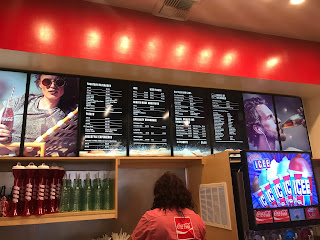 but as we looked closer, we realized that the little cups were all pre-filled and placed on trays stacked about five high behind the counter.  who knows how long those things had been sitting around  waiting to be served to customers?  blech. 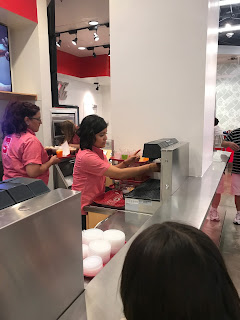 so instead, we ordered a tray of various soda floats.  at least we knew those were being poured to order. 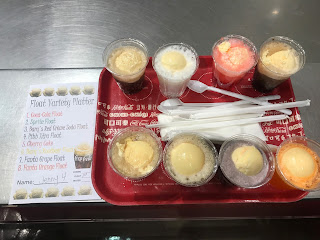 we sat on stools in front of the giant drink case and enjoyed our treats. 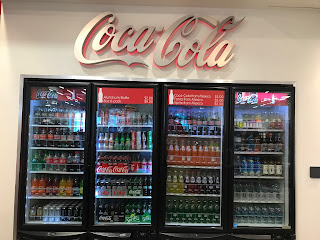 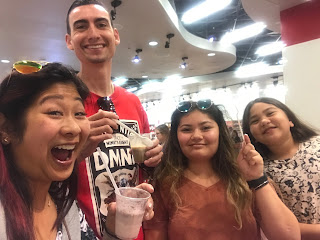 they also had this: 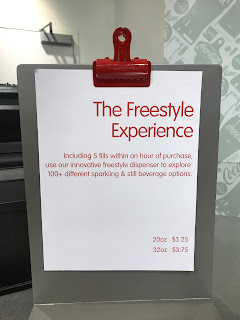 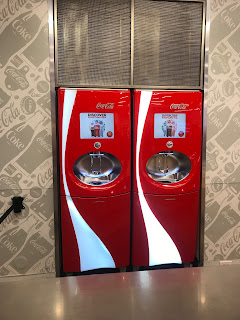 those machines are available at movie theaters and various quick service restaurants near home, and i hate them. they always give me anxiety with the bazillion options available.  pass.

with just a few hours until the wedding, we decided to get back in the car and take a quick drive down the rest of the strip so that the kids could see it before heading to the hotel.  the bean was particularly enthralled with this view: 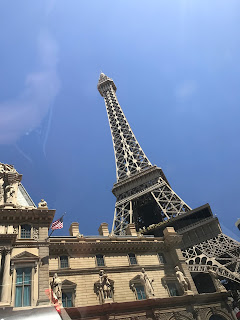 at the hotel, we met up with the hub who was still catching up on sleep after the previous night's bachelor festivities.  and everyone settled down to get a little rest before another fun night ahead.
at May 17, 2017