day one of the booze cruise

first things first:  there were just 16 of you who were interested in adding alexa to your household.  here's the result of my random.org number draw: 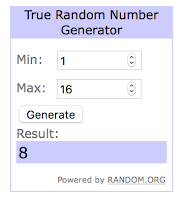 kelly, it looks like you'll be asking alexa to help you plan your diaper shopping for baby declan!  look for an email from me today so i can get your amazon echo dot shipped out to you asap.  congrats!

also, a fun milestone - today marks my 3,000th blog post!  that's kind of crazy, but super cool.  i can't believe some of you have been reading my rambling for over a decade.  yay for us!

so, back to miami:  we woke up the next morning bright and early...california time.  heh.

actually, the hub had woken up a few hours before and managed to snap a shot of the gorgeous sunrise: 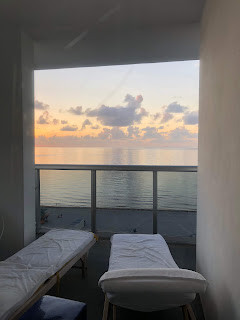 we decided to order some breakfast from room service and brought it out to the balcony to enjoy the view as we ate. 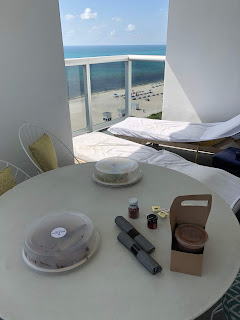 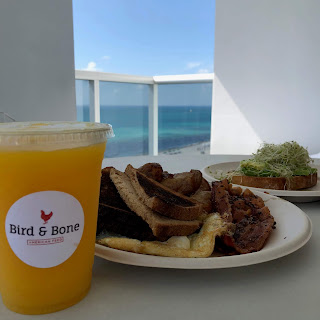 there were already a few people in the pool down below, and i kind of wished we had time to throw our suits on and have some playtime: 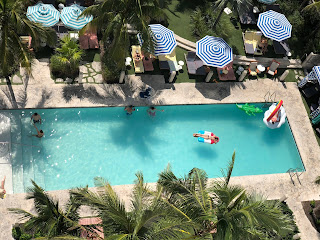 or maybe at the beach, where there were umbrellas and beach chairs all lined up and waiting to be used. 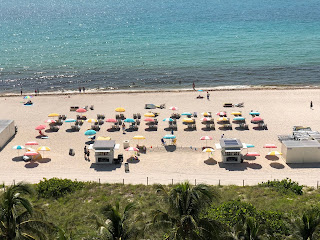 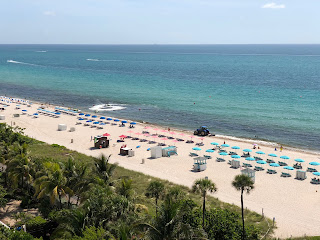 maybe next time, miami.  for now, we got ready, checked out and caught an uber that would take us to the port to catch our cruise. 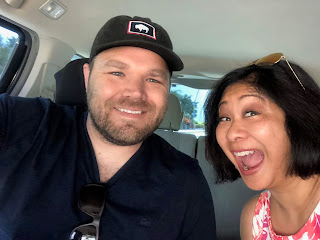 we'd secured an early boarding time, so getting checked in was pretty easy.  it wasn't super crowded yet, and we followed the signs to the waiting area. 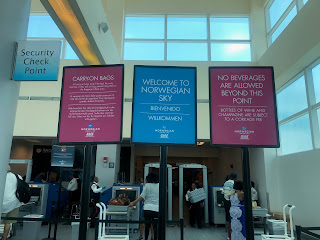 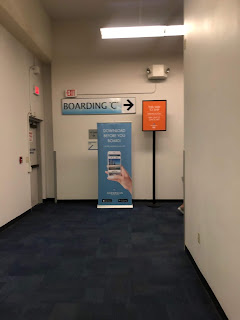 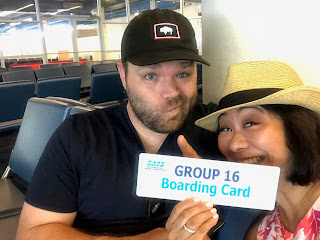 not too long after that, we headed on down the gangplank and found ourselves on the ship.  yay! 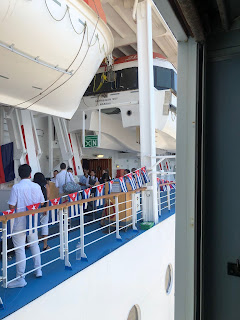 i'd downloaded the cruise app, which was really helpful for finding out dining and activity information along with keeping track of any reservations we made during the trip.

when i booked our boarding time, i hadn't known that the staterooms wouldn't actually be ready for us for at least an hour after we arrived on the ship.  we'd chosen to take our luggage with us rather than check it in, so we were kind of stuck dragging it around as we wandered the ship.  it was a good time to go to the guest services desk to see about setting up wifi and shore excursions though, so while the hub took care of that i hung out near one of the bars and babysat the luggage.

while we'd been told that an announcement would be made when we could enter our staterooms, we decided to take a chance about half an hour early and made our way to deck 9.  we were in 9224, which we were happy to find wasn't too far away from the elevator.  our key worked, so we went on inside because we're rebels like that. 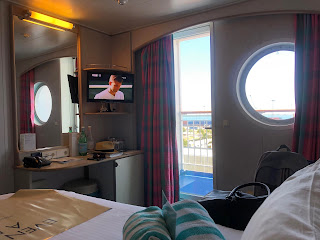 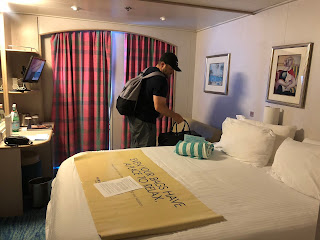 we had a balcony, which was really nice. 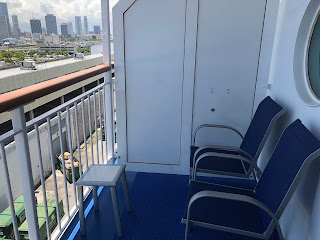 i decided to check in with the old lady and see how she was doing, and she had just taken molly for her doggy dialysis. 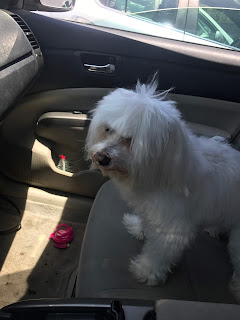 i'd made myself comfy on the bed and briefly considered taking a quick nap, and so the hub decided to head on out and see if he could find a nice quiet spot to grab a drink and enjoy a cigar.  of course, as soon as he left i realized i wasn't going to fall asleep after all and flipped through the channels on the tv.  not too long after that i figured it was a good time to explore the ship a little without luggage in tow, and headed out.  of course, not before the first selfie of the cruise: 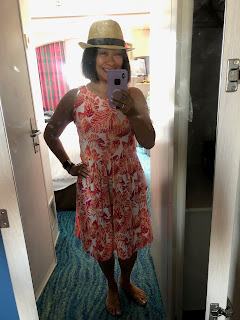 i'd busted out that dress just the day before we left, and i was wearing a hat that i'd picked up on a last-minute trip to target with the old lady and her special friend.  i got so much shit for that hat from both of them, so my plan was to wear it as often as possible and send them pictures.  haha!

on my way to the coffee bar i walked through the casino, which wasn't open for business yet.  i spied one of my favorite slot machines tucked away in one corner and made a mental note to show it to the hub later: 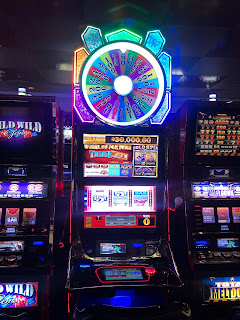 did i happen to mention that this was an OPEN BAR cruise?  no?  oh yes...alcohol was part of the all-inclusive deal, and damn near everything was included in the cruise fare (if you wanted top shelf liquor, you just had to pay a minimal upgrade fee per drink).  i found the hub as i was enjoying my iced espresso drink (which, of course, wasn't part of the open bar package but was still reasonably priced), sitting at the bar having a drink and chatting with a fellow cruisegoer.  the smoking area was on the deck just above us, so after i finished my coffee i ordered my first drink:  a fabulously frozen pink concoction from the frosé machine. 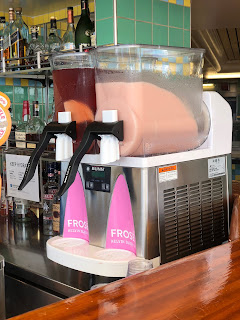 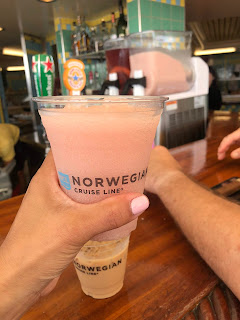 when we got ourselves settled at a table under the giant umbrella, i sent this to the old lady to show her what we were doing: 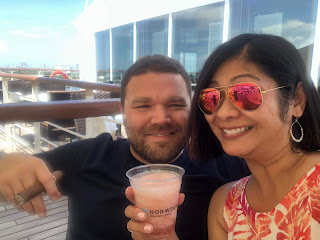 and she sent us this. 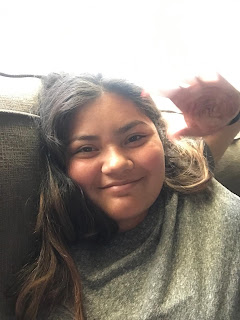 being florida in july, it was pretty hot and humid.  my frosé didn't stay frozen for long. 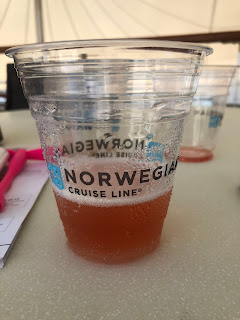 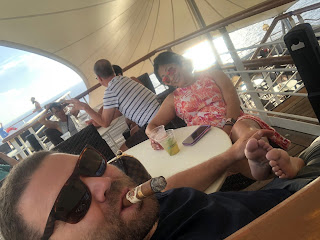 we hung out there, relaxing in the shade and enjoying the ocean breeze until we were ushered down to deck 6 for the mandatory lifeboat drill.  when that was over, we went back to the stateroom to freshen up a little and figure out what we wanted to do for the rest of the evening.  neither of us was particularly hungry and so didn't end up having dinner in any of the restaurants that evening.  after taking a catnap, the hub headed back up to the smoking deck and i decided to stay in the room in my pajamas and watch a movie.  i ended up ordering some pizza and chocolate cake from room service, and passed out with the air conditioner on full blast.  i was more tired than i thought, because i didn't even hear the hub when he came back.