the old lady and her special friend are settling into their new place nicely.  they've got a lot of the necessary furniture in place, with a couch from IKEA coming this weekend.  we had a lot of fun shopping for it, and he's a good sport for letting me make him lay down on it so i could take this: 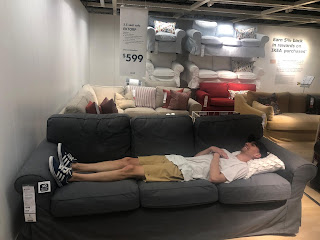 i mean...we had to make sure he'd fit on it, right?  dude is like twelve feet tall.  and on a whole other trip to IKEA we loaded up the back of the tahoe with their bed, dining table and four chairs. 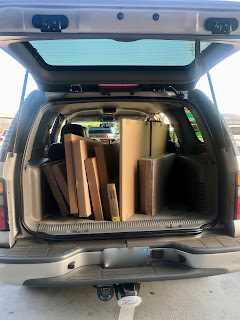 we've also made at least one costco run, and the bean had a ball being pushed around as if she were still in a stroller. 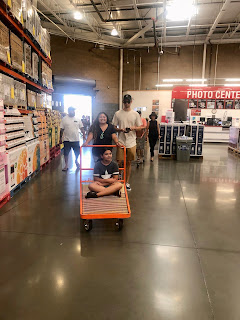 it's been fun watching the old lady go through all the crap in her room.  she came across all sorts of fun stuff, like this collection of her most favorite childhood movies on VHS. 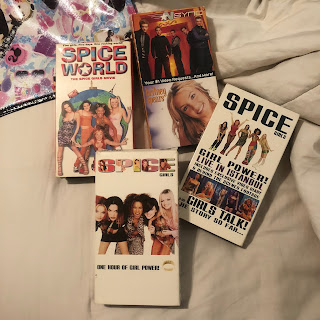 a trip to the filipino supermarket yielded some treats and the best broom on the planet. 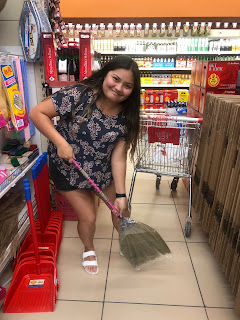 after they put together the dining set, we brought in a costco pizza and shared their first dinner on it. 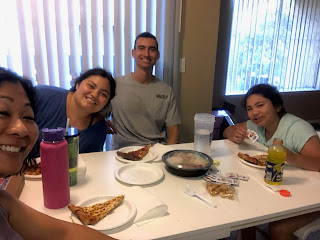 they've even had us over for a quick swim already. 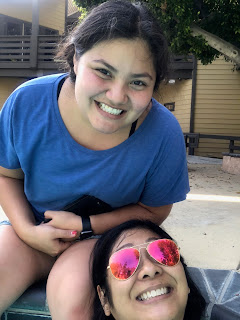 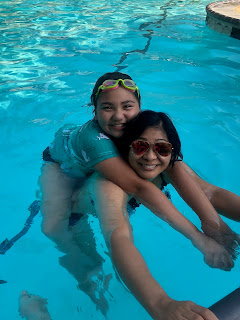 the bean decided that she liked her sister's bedframe better than her own, so one day while she was at camp the hub and i got to work switching the beds out.  when we pulled off the old lady's mattress we found all sorts of treasures, like this super dusty twilight board game: 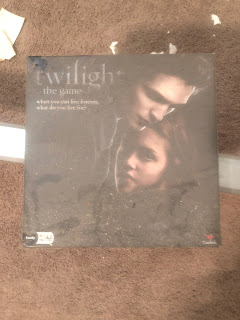 and there was a large black duffel bag that made a familiar clinking noise when i picked it up.  i unzipped it and found this: 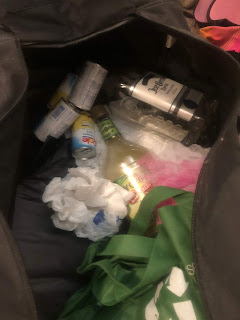 and when i sent that picture to the old lady, who was at work, she sent me a string of crying/laughing emojis and explained that it was a long-forgotten bag she'd brought home from a party...in high school.  oy vey.

poor mollydog remains super confused at all the commotion, but found a new favorite sleeping spot in the ball of bedding we pulled off of the old lady's bed. 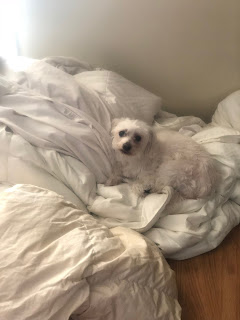 with the bed and bookcase and vanity out of the room, the hub helped me start moving my sewing gear in.  this is my new workspace: 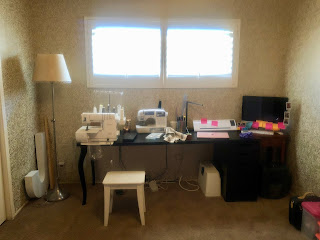 but it's weird.  while almost all of her stuff is gone, she's been living in the new place for a week and a half now, and my stuff is slowly but surely taking over the room...well, it's just weird.  that room is always going to be hers, and while i do like being able to have all of my sewing stuff in one place (with a door i can close if i need to), i miss her.  we see her all the time, and yeah she's only a mile and a half away.  but still...i'm adjusting to not having her here.  this will always be "home," but it's not where she lives anymore.  she's a grown woman now, and gone is the little girl i still remember her being like it was yesterday.

Email ThisBlogThis!Share to TwitterShare to FacebookShare to Pinterest
Labels: moving blues, the old lady is a grown-up